A real diamond of our tables, the Truffle is certainly one of the finest products on earth. Particular qualities have always been attributed to this precious fruit, including being a distinctly aphrodisiac product and a gift from the gods, so much so that the poet Juvenal claimed that the “Tuber Terrae” was born from a thunderbolt hurled by Jupiter near an Oak tree.

But the Truffle hides behind its image of a tuber, a real-world of national gastronomic culture and every year, in conjunction with the arrival of autumn, feasts, and festivals dedicated to him are organized in all the national territory.
Obviously, Emilia-Romagna is also a land rich in these precious fruits, so much so that they can be found almost in every area, from mountainous spots to the flat ones.

The Truffle - Things You Must Know

The Truffle is an underground fruit in the shape of a tuber and is composed of a part called “perdio“, the outer bark, and a part called “gleba“, which is the internal fleshy mass. It consists largely of water, fibers and mineral salts, all important elements for its aroma that are supplied by the tree with which it lives in symbiosis.

So different trees make different truffles, and if we were to list the most common we should certainly mention Oak, Poplar, Willow, Linden, Holm oak, Hazel; but the varieties are really many and each one gives to this underground tuber unique organic properties.

So if we were to look for truffles, we should look for them among the roots of one of these tree varieties, but be careful: truffle harvesting is strictly regulated in Emilia Romagna, both during periods and through special cards that are released individually.

But let’s talk again about the trees. Because of the symbiotic relationship that binds it to the surrounding nature, the Truffle is a fruit that does not survive herbicides or anything else that alters the environment in which it grows. So if you find one, which is rather difficult given its tendency to hide underground, it means that you are in a healthy or at least unpolluted environment.

If you are also among the privileged ones who have come into possession of truffles or have purchased one, know that the maximum is to consume it fresh or as soon as possible. If you would rather keep it, there are some small tricks that you can take: wrap it in a paper towel and keep it in the fridge in a glass jar, changing the napkin often (but don’t overdo it with preservation, you could see a real estate ruined).

The Truffle - Where to Find it in Emilia Romagna

As we said, Emilia Romagna is a territory where the truffle grows in almost all the areas, from the Apennine mountains to the plains regions, and it is quite easy to come across villages where the art of this fruit has reached its highest levels. So if you find yourself in one of the areas listed below, we recommend at least a gastronomic stopover to appreciate this fantastic tuber, maybe together with a good dish of local specialties.

In the province of Piacenza the White Truffle, the Uncinato, the Scorzone (summer variety) are gathered, mainly in the mountainous areas that refer to the municipalities of Bobbio, Pecorara, Coli, Piozzano, Corte Brugnatella, and Travo.

In the province of Parma, it is harvested the so-called “Black Truffle of Fragno” . The most important centers for this type of truffles are those of the Upper Val Baganza, the municipalities of Langhirano and Calestano. Also in the Parma Apennines, there are some areas renowned for the White Truffle, in particular, the towns of Berceto and Borgo Val di Taro, while in the plain the most famous town is Sissa.

The hills of the Reggio Apennines are instead famous for the presence of the Precious White Truffle, whose most important centers are Scandiano, Viano, Toano, Castelnovo ne Monti, Quattro Castella, and Canossa. The White Truffle is also found in the lowland poplar groves and along rivers near the town of Guastalla.

If we move to the province of Modena, the most famous centers for the White Truffle are the mountain ones like Serramazzoni, Pievepelago, and Zocca, while in the surroundings of Sassuolo it is collected the Black Truffle.

Truffles, both white and black, are also renowned on the hills and the Bolognese Apennines and are present in almost the entire area. They range from municipalities of Savigno – Valsamoggia to Castiglione dei Pepoli, passing through Porretta, Loiano, Marzabotto, Sasso Marconi, Zena, Livergnano, Calderara di Reno, Galliera, Imola, Dozza and other places along the Santerno river.

In the province of Ferrara the White Truffle and the Scorzone one are present in the wooded areas near the municipalities of S. Agostino and Mesola, while in Ravenna the most interesting areas for the Truffle harvest are in the municipalities of Fusignano, Lugo, Castelbolognese, Faenza, Riolo Terme, Casola Valsenio, Cotignola, Bagnacavallo, Solarolo, Brisighella.

In the Province of Forlì-Cesena, truffles can be found from the municipalities on the Tuscan border such as Dovadola and Portico di Romagna, to the hill towns like Castrocaro Terme, passing through the villages of Casentino Park such as Santa Sofia, Galeata, Civitella, Cusercoli, Meldola. Very good truffles can also be found along the Bidente valley, and in particular in the towns of Bagno di Romagna, S. Piero in Bagno and Sarsina (along the Savio river).

In the Province of Rimini the most important areas are those in the Marecchia Valley and all those that border the Marche region, but if you really want advice, don’t miss the Sant’Agata Feltria area. Finally, it is possible to find the Bianchetto truffle also in the pine forests along the Adriatic coast, and therefore in the area that starts from Cervia and goes towards the north.

The Truffle - When to Eat it

As every good Italian knows, the best cuisine is that you do in own house, but if you are traveling around Emilia Romagna and want to taste the Truffle in the thousand variations that our territory expresses, we recommend a visit to the villages we listed above or to the many festivals and festivals that take place in the region between October and November.

– Tartufesta
Where: Comuni vari dell’Appennino Bolognese
When: October and November

– His Majesty the Truffle
Where: Brisighella, Ravenna
When: November 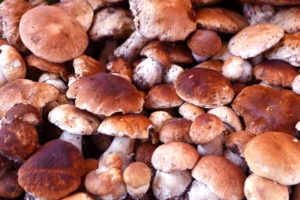 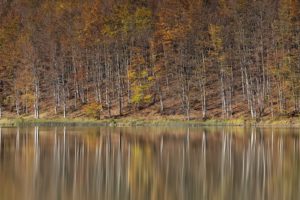 The autumn colours in Emilia-Romagna

The autumn colours in Emilia-Romagna