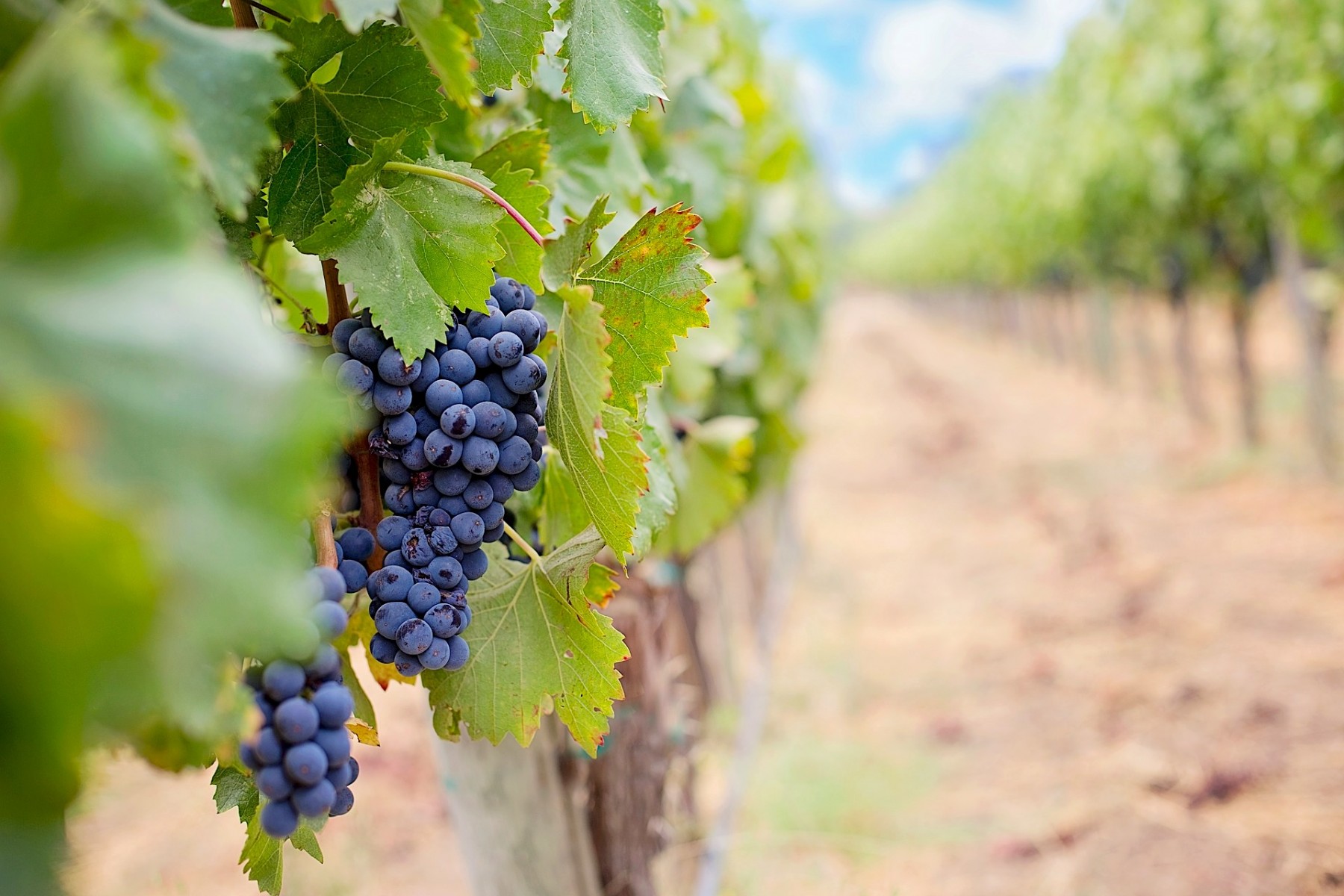 Be it red, white or rosé, several researches have now proved that wine-consumption leads to benefits for the entire organism and favours the daily functions that regulate our body. Of course one should not exaggerate, but it is certain that a glass of wine never hurt anyone.

In Emilia-Romagna during the past twenty years, specific food&wine itineraries were arranged, crossing the regional territory far and wide, enabling the visits to some of the most important wine cellars and farms in the world.

I’m talking about the so-called “Strade dei Vini e dei Sapori” (Routes of wines and flavours), themed tours stretching over 2000km that aim at connecting productive realities and also at promoting a new tourism in the name of traditions, culture, and history of the territory.

Get ready for a tour among the delicacies of Emilia-Romagna region and discover the foodie in you – glass in hand, of course.

An itinerary of about 150km crosses the four main valleys of the Apennines around Piacenza: Arda, Nure, Trebbia, and Tidone.

What you’ll find on the way is a unique heritage of history, architecture, and art that finds in its castles and monasteries its greatest/ultimate expression.

As of today, the types of vine variety cultivated are 25 in total, and 4 of them are prominent varieties in area of Piacenza: Barbera and Croatina red wines, Malvasia di Candia Aromatica and Ortrugo white varieties.

The medieval and renaissance city of Piacenza, with visit to Palazzo Farnese; the village of Grazzano Visconti and its marvellous city centre re-built in the early XX Century around the pre-existing castle; Castell’Arquato, poetic medieval village; the Castle of Gropparello, the very first fairy tale park in Italy; Bobbio and the ancient Abbey San Colombano.

Here, in the upper Reggio valley and in Val d’Enza, the king of all wines is Lambrusco with its sparkling flavour that made it famous in the entire world, side by side with white wines from the hills of Scandiano and Canossa.

Bibbiano, land of Parmigiano Reggiano and flourishing centre of dairy production; the towns Quattro Castella and San Polo d’Enza; Canossa and the ruins of the castle and the stunning panorama on the Val d’Enza; Albinea, its villas and the castle; Scandiano.

The Strada dei Vini Delle Corti Reggiane twists through the via Emilia and the river Po across the territories that once belonged to the most important families of the Renaissance, whose traces are easy to find in the squares with characteristic porticoes, castles and mansions, artworks such as the paintings by Correggio or by masters of Ferrarese and Bolognese schools.

In the wine cellars of the area you’ll find the classic wines of Reggio Emilia: Lambrusco Reggiano Doc, characterised by its typical red colour and the sparkling taste, and the delicate, fresh Bianco di Scandiano.

Reggio nell’Emilia and its historical heritage; Correggio and its medieval roots; Renaissance Guastalla; Brescello, linked to the cinema figures of Don Camillo and Peppone; Poviglio and one of the biggest early-historic settlements in Europe; finally, Novellara and the fortification Rocca Dei Gonzaga.

Nestled between the Apennines and at the foot of the hills, between rivers Taro and Ceno, the territory crossed by Strada dei Vini dei Colli di Parma contains such a variety of landscapes and culinary art’s specialties as to earn the title of Food Valley.

A land devoted to quality food, where products famous in the entire Emilia Romagna, such as prosciutto Parma ham, Parmigiano Reggiano, and culatello di Zibello cold cut are not simply food, but a real way of life.

Collecchio with the Romanesque church of San Prospero; Taro Regional Park, a paradise for birdwatchers; Langhirano with the Castle of Torrechiara, one of the most beautiful and best preserved in Italy; and finally Mamiano, in the municipality of Traversetolo, which houses Villa Magnani-Rocca with its art collections.

The Strada dei Vini “Città Castelli Ciliegi” route stretches along more than 250km, twisting on the hills from Bologna to Modena, on the southern bank of the Via Emilia, where cultural heritage combines perfectly with gastronomic heritage.

Numerous fortresses and castles accompany the visitor on a journey from the Panaro valley to the Samoggia valley in the land of Parmigiano Reggiano, Aceto Balsamico (Modena), mortadella cured meat (Bologna) and the well-known charcuterie of the province of Modena.

Wine production is a gem of the area, and countless are the DOC labels (controlled designation of origin), and particularly worth a mention are red Lambrusco Grapparossa (Modena) and white Pignoletto (Bologna).

Surrounded by the streams of rivers Po and Reno and the water of the Adriatic Sea, the Strada dei Vini della provincia di Ferrara crosses the evocative places linked with the Estensi family.

The area of the Po Delta Natural Park is not only a natural habitat for barriers of rushes, woods and thousands of bird species but also the production site of famous wines with DOC label (controlled designation of origin) Sabbie del Bosco Eliceo dating back to around 1500.

The moist environment and the combination with fog, breeze and the presence of a near stream of water create a unique variety resulting in red grapes Fortana, Merlot and in white grapes Sauvignon and Bianco del Bosco.

The itinerary (called Strada dei Vini dei Colli di Faenza) that twists among the hills of Faenza is one of stunning beauty. It combines history, art, culture on the traces of Sangiovese red wine, one of the most important grapes of entire Italy.

If it’s the perfect habitat for wine lovers you are looking for, here you’ll find it. Reg grapes include the ancient variety Romagna Sangiovese Doc, whose name’s origins are unknown; Romagna Cagnina Doc, maybe of Byzantine diffusion; Bursôn, also called Uva Longanesi, because of the Longanesi family, that re-discovered and cultivated this ancient grape in the area of Bagnacavallo; Centesimino and Uva del Tundè.

The city of Faenza, of Roman origins but with a Renaissance touch in the city centre, known all over the world thanks to the production of ceramics; the evocative village of Brisighella, one of the nicest in Italy; Riolo Terme, developed around the ancient Renaissance fortress; Casola Valsenio, that hosts the Giardino Delle Erbe officinali and conservancy area of forgotten fruits.

We are in the land of piadina flatbread, the birthplace of Pellegrino Artusi and the renowned passatelli and cappelletti pasta in broth. The panorama indulges on the gentle hills and its tiny medieval villages, leaving the via Emilia at the back.

An authentic experience, that relies on its deep connection with great food and great wine.

Castrocaro and its famous baths; Terra del Sole, the “ideal city” built in 1564 by the Medici family; Predappio and its interesting city centre ad the typical architecture dating back to the ’30s; Forlimpopoli and the fortress – one of the best preserved in the entire Romagna; Bertinoro, the “city of wine” and capital city of hospitality; the medieval village Longiano; Cesena, in the shape of the Malatesta family, from its walls to the Rocca.

The Strada dei Vini dei Colli di Rimini is an impressive itinerary along the Marecchia valley and the banks of river Conca, immersed in the scents and flavours of other times.

This land is filled with Roman traces and shines thanks to the typical villages dating back to the Middle Age – Renaissance when the Malatesta family ruled the territory. The vineyards face the Adriatic Sea and offer a wide choice of grapes.

The most represented red wines are Sangiovese – used also to obtain Cabernet Sauvignon, Verucchiese and Marzabino. On the “white” side, Trebbiano Romagnolo, Biancame, and Rebola are the core of Riminese production.

Rimini, Tiberio bridge and Arch of Augustus, the fortified Castel Sismondo and the Tempio Malatestiano; Santarcangelo di Romagna, its Rocca and the caves; Torriana and the Castle of Montebello; the village of Verucchio at the foot of Mount Titano, where San Marino lies; the structure of villages dating back to the time of the Malatesta family in the Valconca: Montegridolfo, Montescudo, Mondaino, Montefiore Conca, etc.

…If you want to find out more about the history of wine in Emilia Romagna, please visit the REGIONAL MUSEUM OF WINE within the Rocca Sforzesca in Dozza.