Did you know that, in the past, the expression “stuff from Piasensa” referred to delicacies like cheese and salami? If you intend to visit Piacenza or its villages (Bobbio, Castell’Arquato, and Vigoleno), you’d better prepare your stomach for a tasty food and wine tour.

This quality cuisine hosts 3 cured types of meat and 2 PDO kinds of cheese along with 17 DOC wines. Its variety and richness come from its border position, which amalgamates the Emilian gastronomic culture with those of Lombardy, Liguria, and Piedmont. Among the numerous ingredients, the tradition also includes the use of horse meat (horse and donkey), as the territory has always been an important military outpost.


If you are in the area it is a must to start the meal with a delicious salami platter, Piacenza has three PDO of them. Coppa and pancetta, together with the 2 PDO Provolone Valpadana and Grana Padano cheeses is great. To taste them at best, we suggest you to accompany them with the typical and ancient burtleina or with chissulein, substitutes for bread that give their best if eaten still hot. 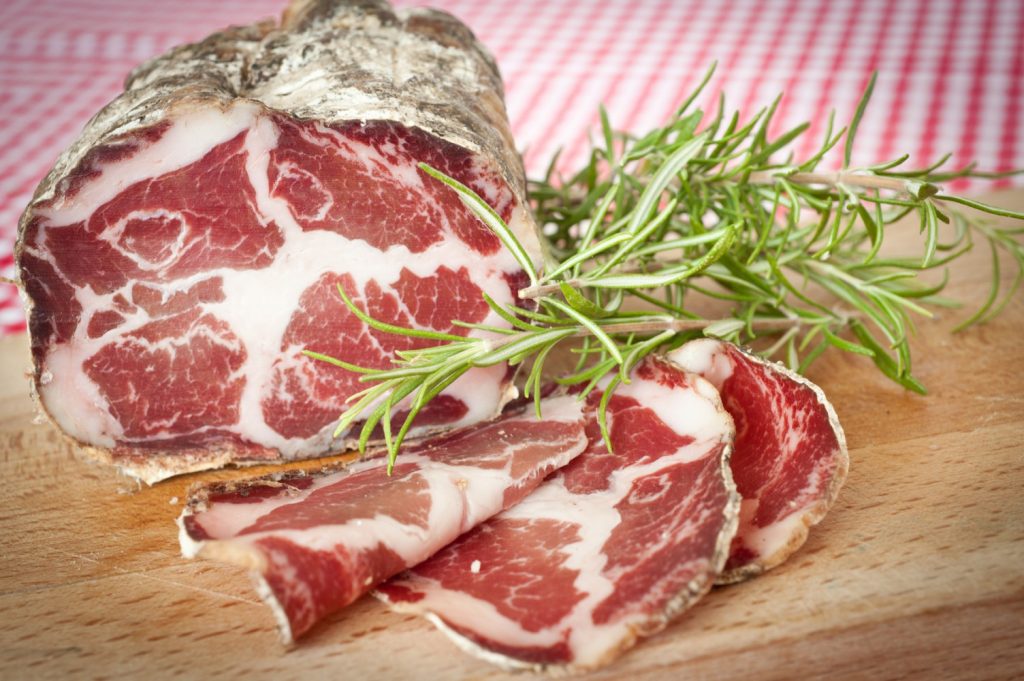 
Pasta and Fasô is a tasty first course of peasant origin made with poor ingredients. The name sounds a bit ‘mysterious, but it basically consists of dumplings and borlotti beans seasoned with tomato sauce and bacon. According to some, the word “pisarei” derives from the Spanish “pisar”, that means to pound-crush, since the dumplings are crushed under the fingers to give them the traditional shape. 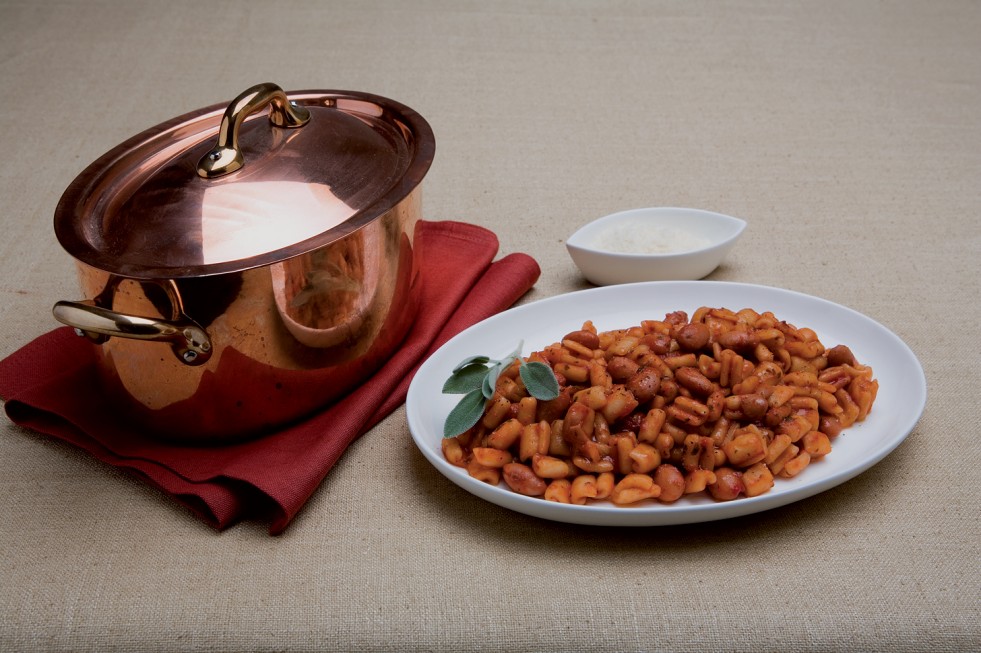 
This dish was created in the kitchens of the Vigolzone castle by Bernardo Anguissola in honor of the famous poet guest Francesco Petrarca. They are small bundles of stuffed pasta that, unlike the most famous tortelli, have the tail.


They are the “dish of festivity“. Tradition has it that during Christmas Eve all the generations of the family get together for their preparation. They differ from those of Parma with two variants: one has stew in stuffing, and the other, typical of Val d’Arda, doesn’t. 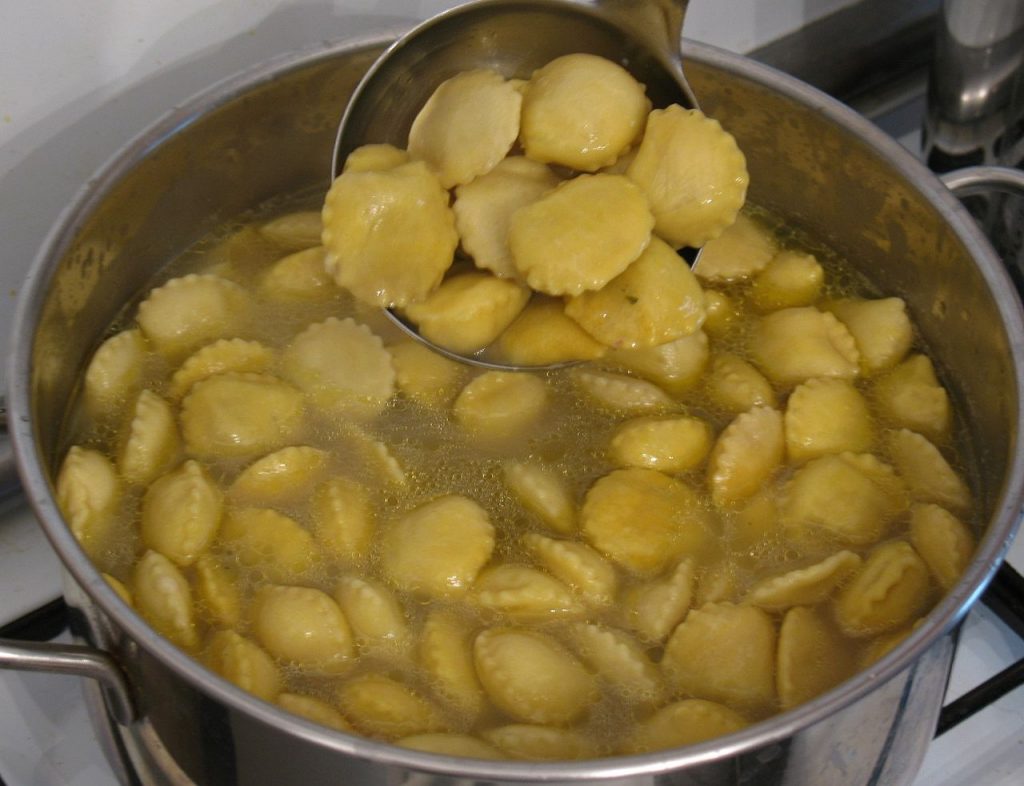 
This pasta has medieval origins. It is pierced with a knitting needle or with a big needle, traditionally dressed with beefstew sauce. You can enjoy it in case you visit Bobbio and the middle Val Trebbia.


This one is an ancient and typical recipe of the Piacenza Apennines, where snails are found among woods and vineyards. They are typical of Christmas Eve as a low-fat dish and require a rather easy preparation: they should be boiled and then flavored with white wine, cloves, tomato sauce and broth.


Typical of the village of Bobbio, it was once the traditional dish prepared for the Madonna of August, a period when the meat is softer. It is a pastiche of rice and pigeon meat of which it seems was very greedy Elisabetta Farnese, queen of Spain.


A typical dish of the Piacenza cuisine, the traditional recipe wants it to be horsemeat, even though many often replace it with bovine beef. The spread of this dish still today is due to the fact that, if minced, it is used as a filling of anolini.


The “pìcula ‘d caval” is a minced meat ragout with a robust taste that goes well with polenta. A dish of poor origin that still delights the palate of those in search of genuine flavors of the past.


Simple dessert with ingredients that were once available in the country, it is a delicate version of crème caramel. 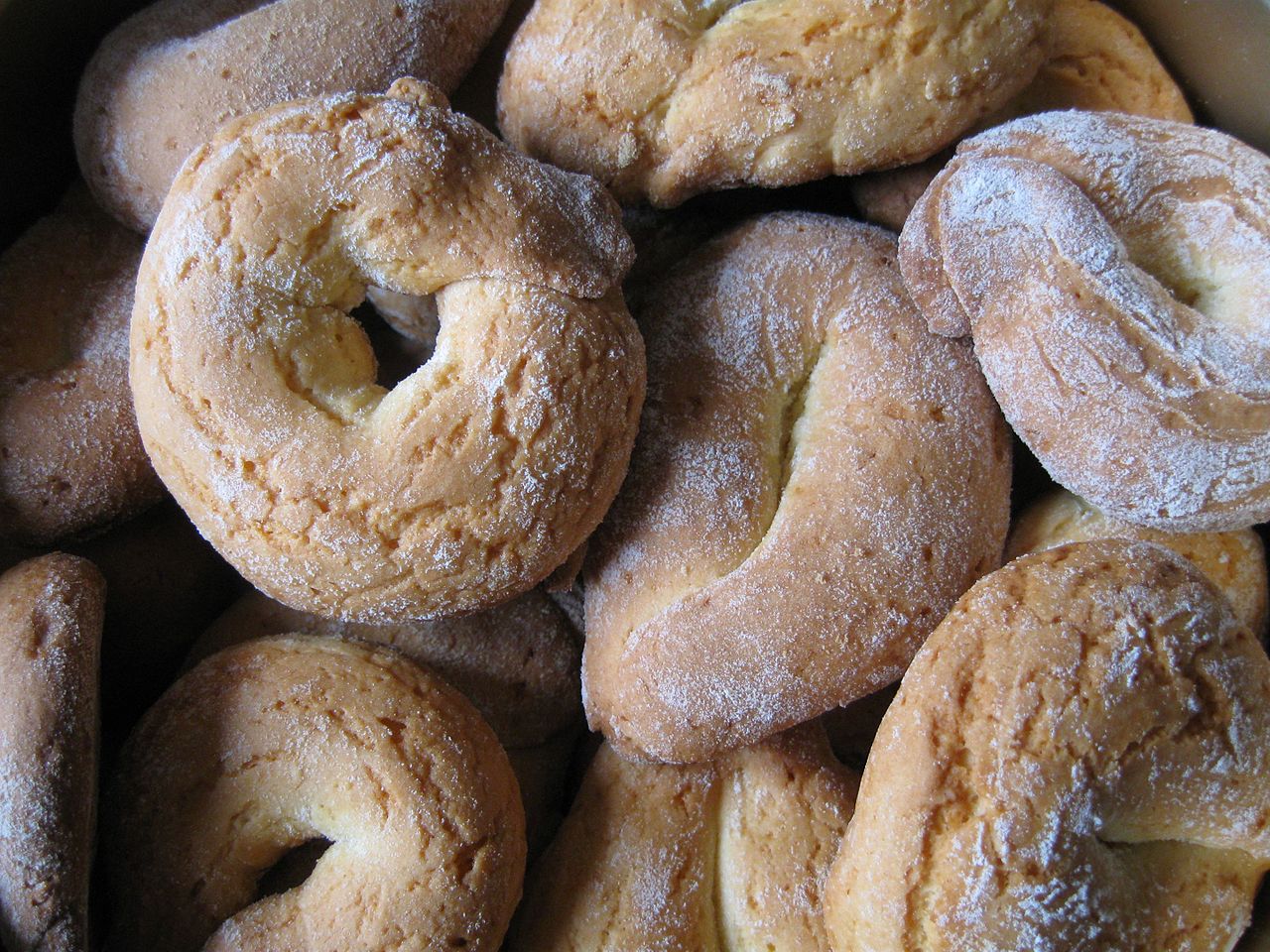 There are two versions of this typical cookie to taste, hard or crumbly.


Sweet tortelli cooked in a wood oven or fried, were made at the beginning of January to recover some leftovers of Christmas like chestnuts or mustard (used as a filling). They were typical of Saint Anthony’s celebration (17 January), for Carnival and for San Giuseppe (19 March).


Excellent digestif made from blackthorn berries, which must rest at least three years before consumption.

Food & Wine Piacenza What to eat in Wine and Food