For those who do not know, Santarcangelo di Romagna rises on a little hill behind Rimini that has the high-flown name of Monte Giove (Mount Jupiter).

A few people suggest that this name comes from the famous wine variety, which would be very fascinating, if only it were true, but there are no certain proofs on that regard.

The toponym represents, however, a specific hint to the old Roman past, of which it is rich, as the many findings in the surrounding countryside attest.

Climbs and descents, stairs and inset houses: Santarcangelo is indisputably one of the most suggestive hamlets in Romagna.

There is something strange, though. Despite its being a municipality with more than 20 thousand inhabitants—so a medium-size village, over time, it managed to preserve a rural atmosphere, remaining a friendly city where people can meet, especially in the area around the medieval hamlet.

This village preserves so many stories. Over the centuries, many scholars, poets, artists, and actors were born here (just think about Pope Clement XIV!), proving to be able to combine the knowledge of the ancient tradition and the more innovative trends towards the future.

In other words, it is a highly marked medieval village, with its walls, its castles, its palaces, but that, nonetheless, never stopped evolving, being loyal to its origins.

And right with this philosophy, the city started to organize many amazing initiatives, such as the street art invasions that brought to wonderful artworks nestled in the streets of the village or Santarcangelo dei Teatri, a festival that has been inviting in its piazza the most innovative theatrical ideas for over 40 years, going at the same pace of the cultural and social developments.

Besides, many other interesting and original events await you, such as Mutonia, the community of artists and performers that has chosen this place at the beginning of the 1990s as a shop window for its art dedicated to reuse and recycling.

Long-standing workshops and excellent restaurants make every corner of the city centre a special venue.

It is not easy to find a place that honours its guests and makes them feel like at home, but in this city of art (title won in 1984), the cult of hospitality resides in the kindness and in the smiles of their people.

Art is not missing of course: there is plenty of it spread everywhere and in any form.

Maybe there won’t be majestic buildings to struck your eyes, but everyone knows that the devil is in the details, and it’s right there that you will find the greatness of Santarcangelo.

What comes to my mind is, for instance, the plaques ‘Le parole sui muri’ of Tonino Guerra, the great co-worker of Federico Fellini; or again the panoramic Vicolo Amaduzzi, also known, for obvious reasons, as the ‘Lovers Alley’; the perfumed jasmines; the pastel-coloured houses standing in the upper part of the hamlet that sleepy cats guard with their benevolent air.

Along the suggestive street of Via Della Costa, you will find two interesting museums. The first, near the bell tower, is the Musas, which preserves and recreates the history of the city, from Antiquity to the present day; the second is the museum ‘Nel Mondo di Tonino Guerra’, which hosts painting artworks of the famous poet and screen player Tonino Guerra, with films and interviews to see.

Above all, the Malatesta Castle, which was built in 1386 and is today a private home, open to tourists only on fixed days.

The legend hovering around this fortress makes it even more suggestive: it is the set of the most famous lovers in Italian history, Paolo and Francesca, whose story is described by Dante Alighieri in the 5th canto of his Divine Comedy.

But the wonders of Santarcangelo don’t end here: the Sferisterio along the old walls, which was the place where the aggressive game of the ball with the bracelet took place; the Collegiate Church of the Blessed Virgin of the Rosary, safeguarding a wooden 14th century-old crucifix of the Rimini school; the parish church of San Michelangelo Arcangelo; the suggestive Piazza Ganganelli with the traditional rite of the ‘cuckolds’; the Button Museum and the old print house Marchi, one of the oldest in Romagna, specialized in the famous traditional hand-printed cloths with the woodblock printing technique.

But behind the well-balanced beauty of the palaces of the city centre, hides a mystery.

The tangled network of underground passages dug in the sandstone and in the clay, are a parallel and invisible city to the one on the surface.

You can visit them thanks to the many official guided tours where you can get lost and find yourself again, roaming around cavities, shafts, tunnels, and galleries.

I first went to Santarcangelo for friendship, but all the other times I went back there for love. Love for what, you may wonder? Well, it’s hard to explain.

What I can tell you is that this small town gave me suggestions and feelings that cannot be described in just one article.

So, the one thing left to do is to trust my words, jump in your car, and spend a day in the wonderful alleys of the amazing city of Santarcangelo. 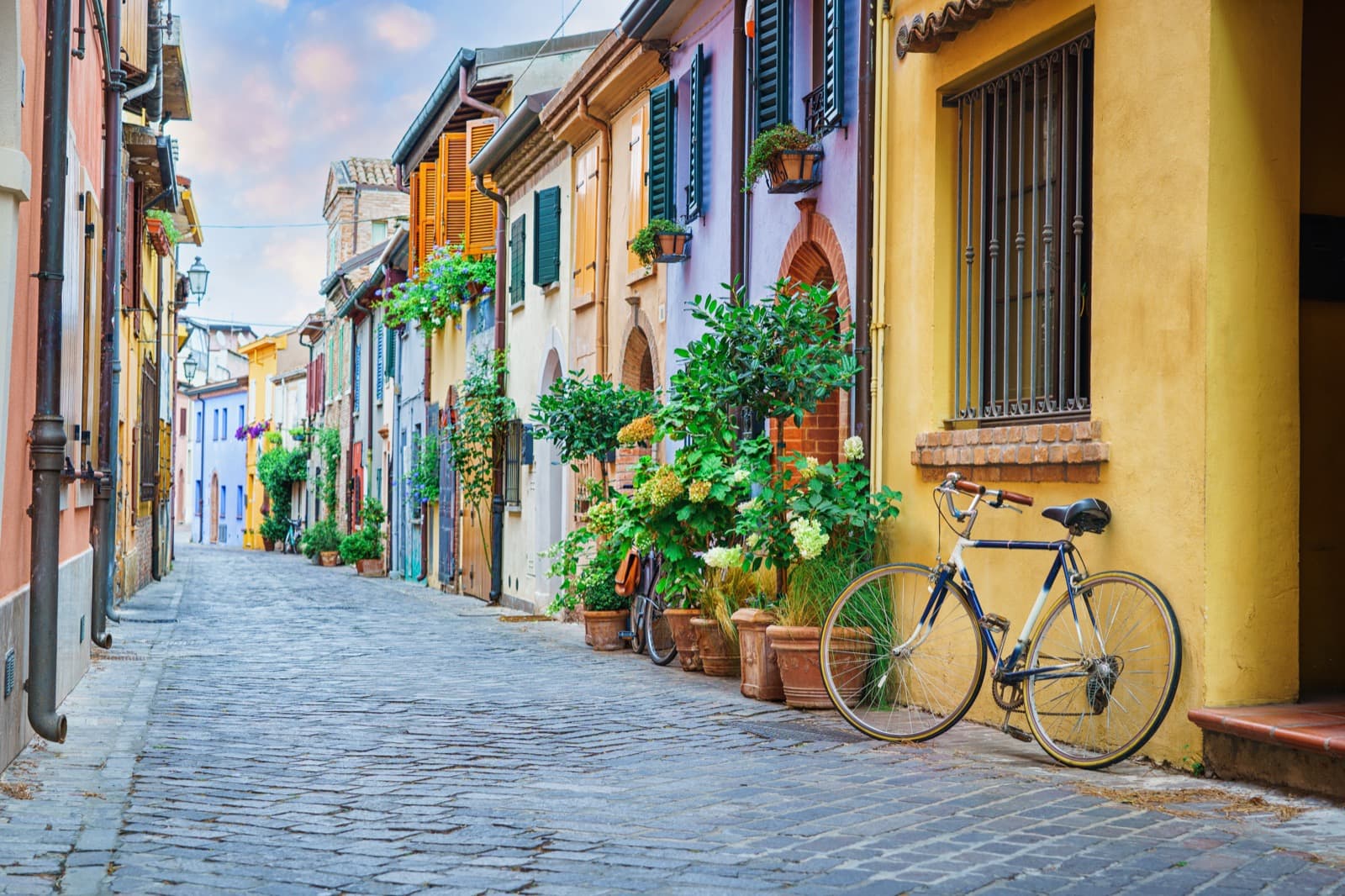 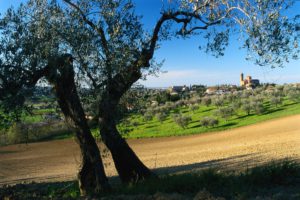 Up hills and down dales: unusual routes around Rimini

Up hills and down dales: unusual routes around Rimini