Among the most genuinely traditional recipes of the Romagna region, the Original Cappelletti or “Caplét“, as they say in dialect, they are one of the most famous recipes Italian cuisine, appreciated by locals also due to their shape is reminiscent of the “galoza“, a winged headdress worn by Italian country people.

Stuffed with different ingredients, depending on the Romagna and Italian area, they are one of the Italian cuisine most significative dish, thank the intersection of tradition and popular culture that has combined wisdom, local products, and ancient recipes.

The first who mentioned the Cappelletti recipe in history date back to the 13th-century AD, when the priest Salimbene di Adam wrote about this food preparation in his work, “Chronicle”.

Historians agree it is with the 16th-century and with the nascent cuisine of the noble courts that the preparation of the Cappelletti, as well as of any stuffed Italian pasta, sees its official birth. The two chefs of the Este court, Cristoforo di Messisbugo  and Bartolomeo Scappi, were the first who mentioned the Cappelletti as a recipe, describing both its shape and its “battuto” or “compenso”, as the inner content is defined. 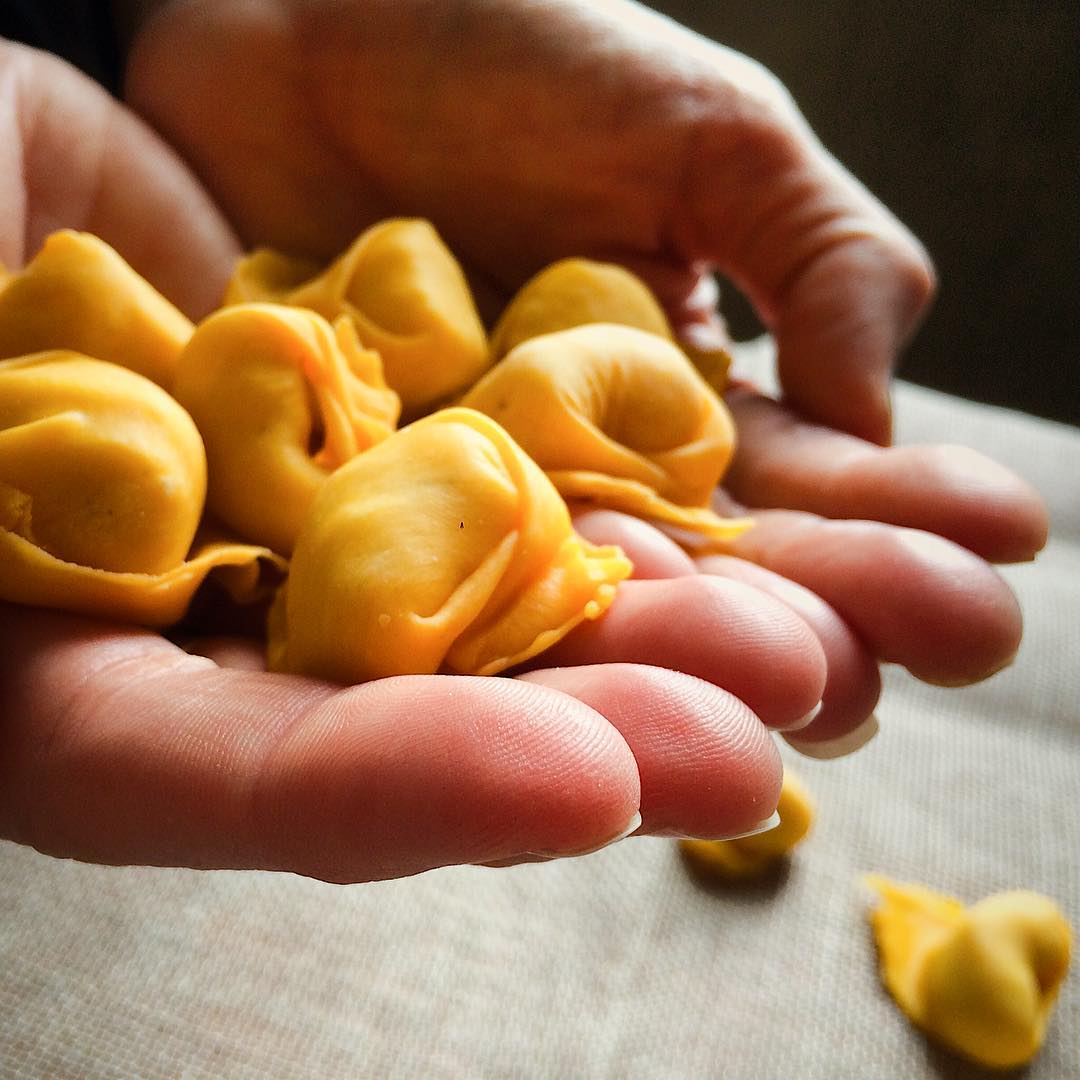 Like every Italian recipe, the Cappelletti soon left the court kitchen to spread throughout the territory before in Romagna area and then to all the central Italy, becoming one of the most widespread and different recipes of the entire Pensisula.

A not surprising fact, considering that the Cappelletti’s filling, or “compenso” as it is called in Romagna, has become the expression and flavor of the place, allowing different ingredients according to the Italian regions.

Thus at the beginning of the 1900s, Count Giovanni Manzoni in his “The Kitchen of an Ancient Noble Family in Lugo” detects seven different recipes by Cappelletti, the same number that a few years later Pellegrino Artusi will indicate in his “Science in cooking and the art of eating well “, suggesting to stuff them also with ricotta, capon breast or pork loin.

Tradition or not the first official testimony of the Cappelletti Romagnoli dates back to 1811. In that year, in fact, the then Kingdom of Italy promoted an investigation (known as the Napoleonic Inquiry) on the traditions, customs, dialects, and superstitions of the campaigns inhabitants. Based on the information provided by priests, teachers, and mayors was drawn up a final report in which was found a smiling and somewhat mischievous reference to the Cappelletti.

“At Christmas – it is written -“each family makes a pasta soup with ricotta filling which is called Cappelletti. The greed of this soup is so general, especially from the priests, and bets are made for those who eat more, and some come up to the number of 400 or 500“.

Here is the tradition of the world famous Romagna Christmas Cappelletti, a centuries-old tradition that associates them with a dish of boiling broth, generally by capon, and which, like many stuffed pasta of the Emilia-Romagna tradition, prefers to taste them during the winter season.

The original Cappelletti form Romagna still prefer the presence of an Azdora, in dialect literally “the Ruler” of a Family, once the woman who took care of the house and who had access to the secrets of the kitchen and the hand-rolled dough.

The preparation usually took place the evening before the meal and they were handmade “one by one” involving all the women and children of the house.

The recipe, made as it still is today, involves the preparation of the classic pasta with flour, eggs (how much it absorbs the flour), possibly a little water. Once the dough is rolled out, cut with a toothed wheel several 4-6 cm wide squares. At this point on each square, a spoonful of batter is placed and then with a quick and skillful hand, it closes according to tradition.

On the other hand, there are still several variations on the Cappelletti filling, some with other meats with cheeses, but all legitimate and all ecumenically acceptable.

Like all the Italian recipes that have become popular along history, even the Cappelletti have adapted to the variegated territory of Romagna, but, schematizing, we can say that the Ravenna and Cesena tradition generally does not accept meat; the Forlì one is possibilist; the one from Rimini, San Marino and Pesaro demands instead three types of meat: pork, veal, and capon.

If for the filling of the Cappelletti there are still territorial disputes, there is general agreement on the fact that they have to cook in a broth made with an old hen, or a capon, and lean beef.
Despite this, they are very often offered dry with various seasonings, among which the most common is the with Ragù made with pork or the local “Mora Romagnola“, an exclusively local swine breed.

If you are In Emilia Romagna, we recommend you not to confuse the Cappelletto with its Bolognese cousin: the Tortellino, which contains meat, has a different size and is closed in a slightly different manner.

The confusion probably arises from the recipe of Pellegrino Artusi who, in his work of arranging traditional Italian preparations, has probably associated different recipes from different areas.

This is due to the great popularity of Cappelletti along history, which bring them to spread in the Reggiano area (stuffed with beef stew), in the Marche Region between Pesaro and Montefeltro (stuffed with pork, capon or turkey, beef marrow ), and in Umbria up to Central Italy, known as Cappelletti di Gubbio (stuffed with assorted lean meats, tasted in chicken broth). 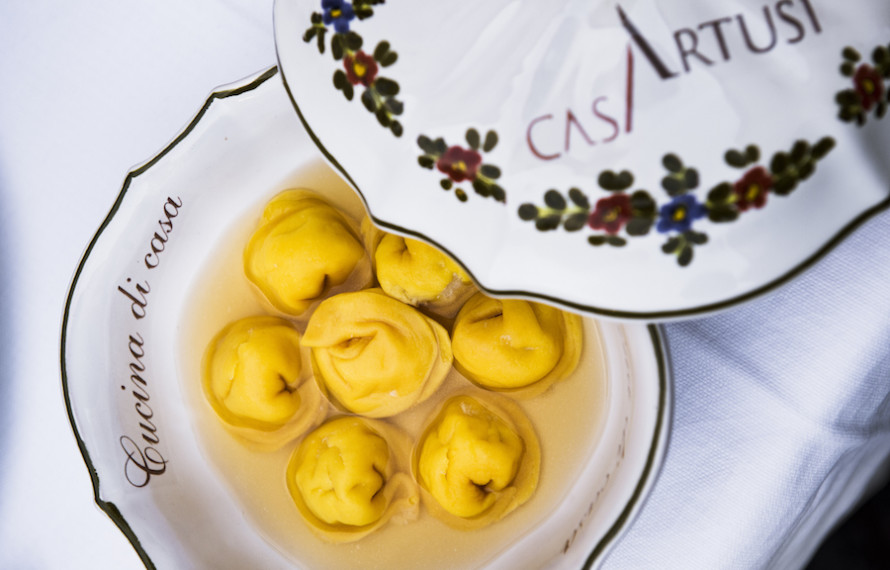