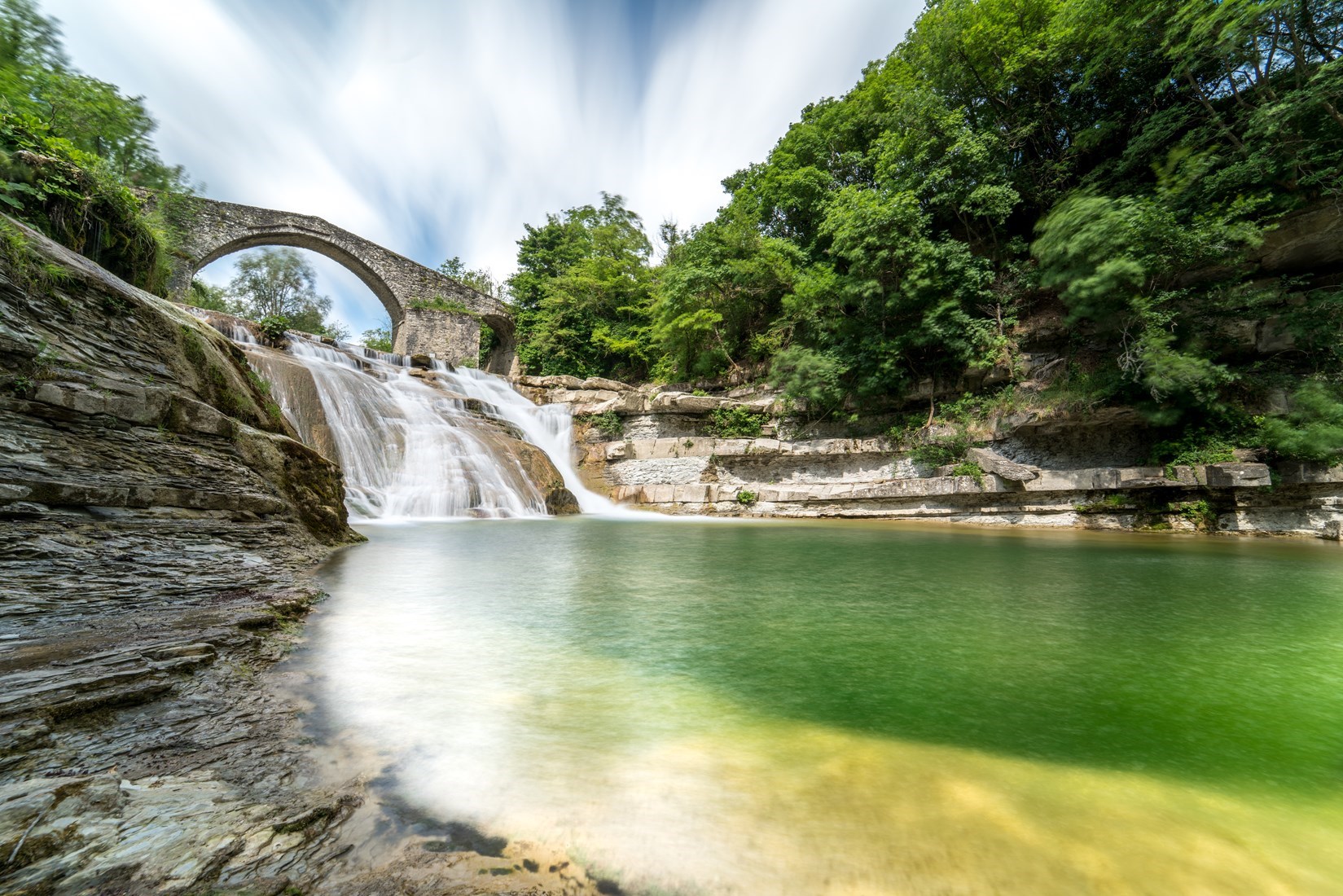 Meet Portico di Romagna and San Benedetto in Alpe, home to some 780 souls scattered among the valleys of the mountain municipality of Acquacheta in Forlì province.

As befits an Orange Flag village, Portico has a beautifully kept, well-preserved and architecturally unified old centre nestling in a remarkable natural setting.

This little place has been around for a very long time, for its name derives from the Latin porticum or market, a clue to the village’s origins in the Roman era, when the area was liberated from the Gauls.

But the Middle Ages were arguably its heyday, when the village was an important staging post en route from Romagna to Florence. The clashes between the various noble families vying to seize the area, which was strategic for the control of Italy, finally ended in 1386 when Portico became the capital of the Romagna lands within the Florentine republic.

The story of San Benedetto in Alpe is linked to that of St Benedict’s abbey, which has been here since the year 1000. Dante Alighieri found shelter in the abbey on his journey into exile from Florence, and here, it is said, is where he fell in love with Beatrice. The famous girl’s father, Fosco Portinari, owned Palazzo Portinari, which still stands in the centre of Portico. 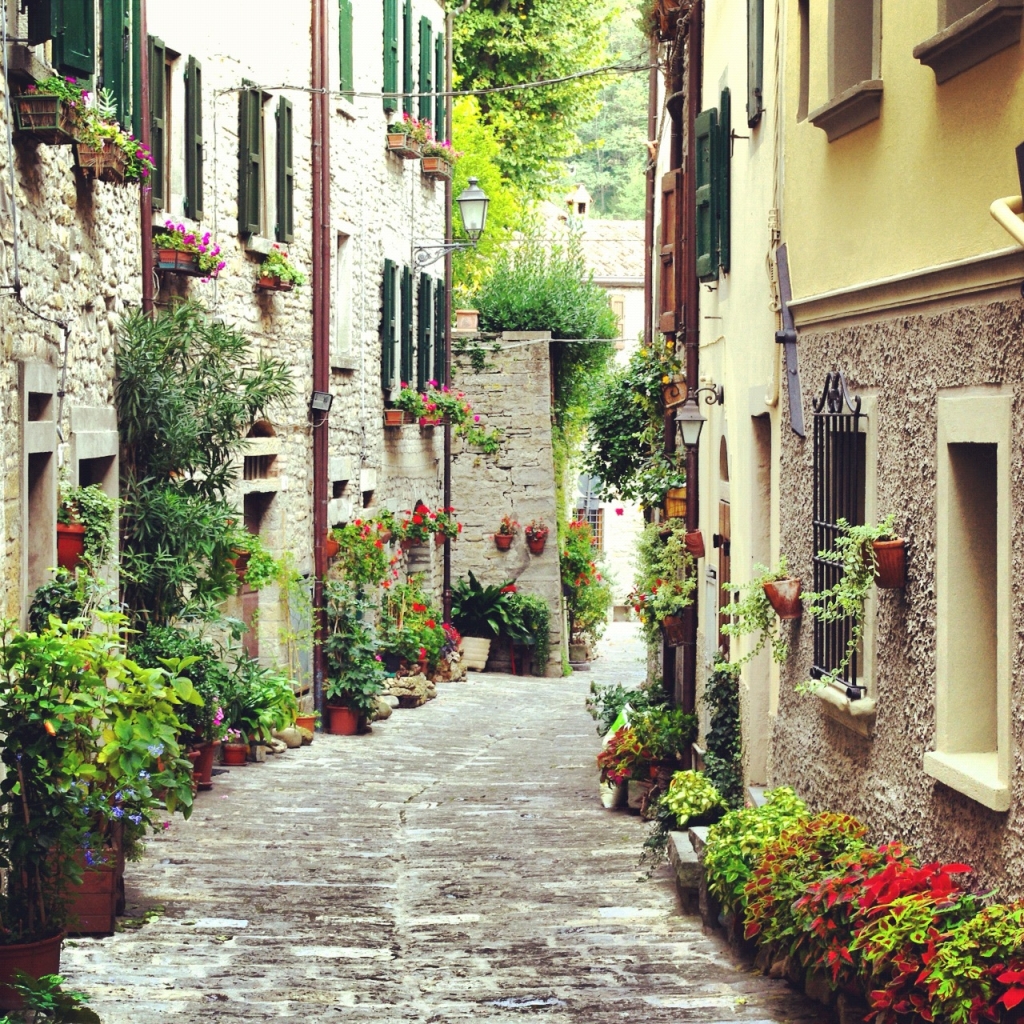 The village, divided on three ancient levels, makes a real impression with its strong medieval flavour; it is as beautiful as the surrounding mountain scenery, and that’s saying something.
The old streets are dotted with historic buildings of great cultural interest, such as Palazzo Traversari, Palazzo Mazzoni, and Palazzo Portinari, where Dante’s beloved Beatrice lived.

The Maestà bridge, probably 14th century, is a must-see. This original, unrestored structure carries many pilgrims every year on the walking route to Assisi.

The main feature in the hamlet of Bocconi is Brusia bridge, a 3-arch humpback crossing leading to the town centre, where the Vigiacli tower, a former guard post, was the hub around which the village developed. 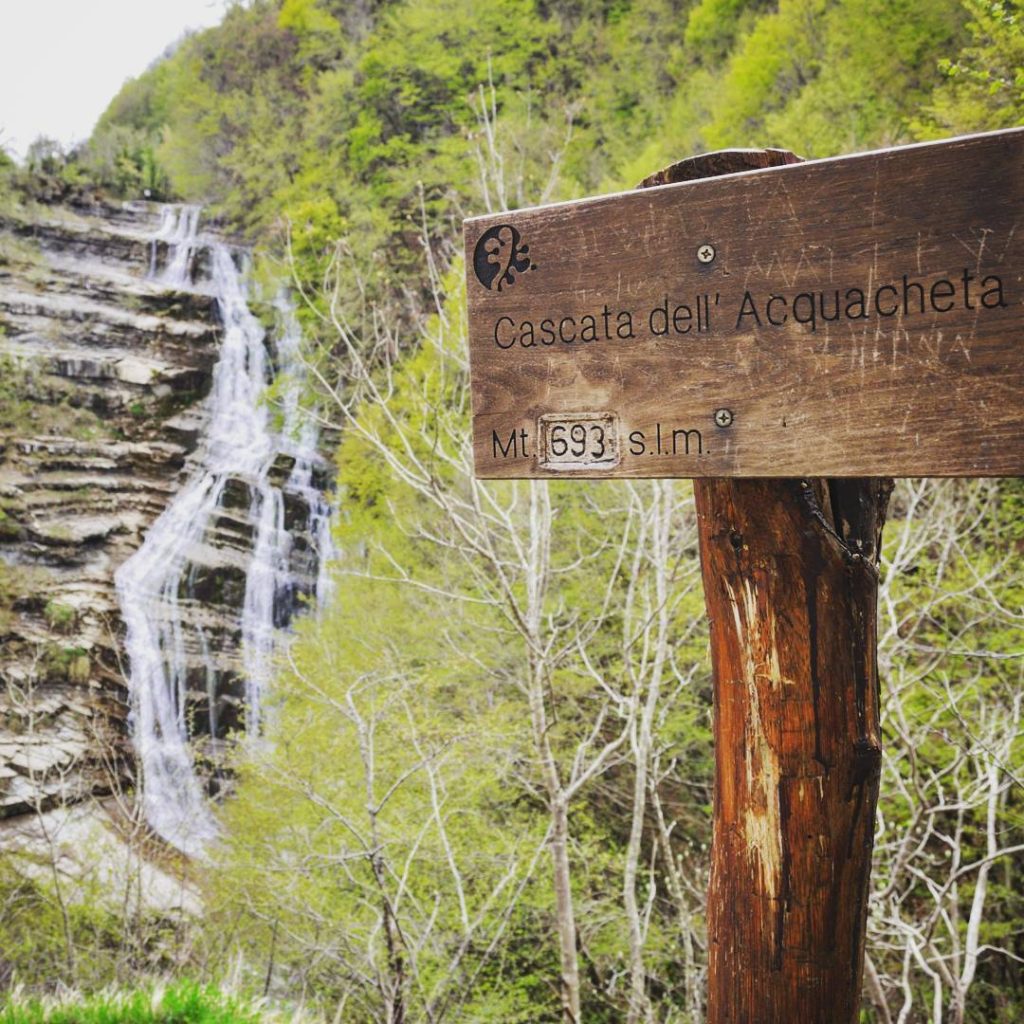 Summer: escape the heat with a leafy walk to cool off at the Cascate dell’Aquacheta waterfall for a lovely day out in the country.

Autumn: few km from the village you can find the smallest volcano in Italy! The permanent tongue of flame emerging from the earth is a welcome sight on an autumn night and a convenient hand-warmer. 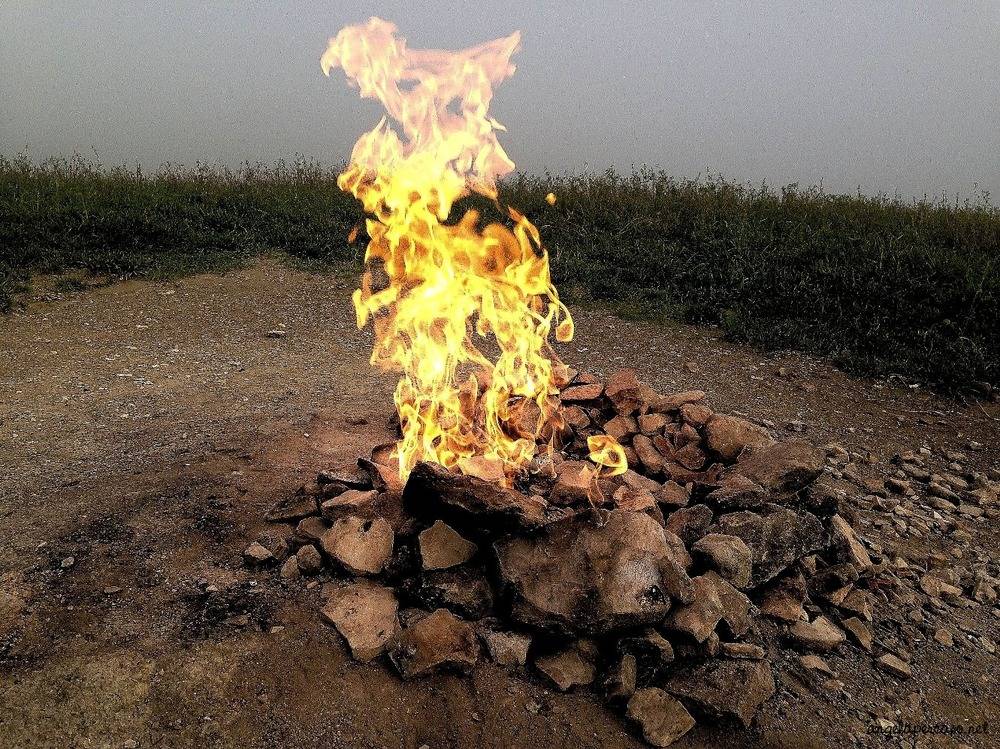 Winter: mountain lovers will relish the skiing and snowboarding on the many slopes in the national park.

Spring: The natural attractions around the village are beautiful at any time of year, but the Casentinesi Forests National Park is the place to be in the spring, whether you love trekking, wildlife, or photographing breathtaking landscapes.

Summer: Chef sotto il portico is now a regular date in the village’s summer calendar. A host of international chefs vie to prepare the tastiest dishes, cooking in the open air. It’s hard to imagine a more appetizing way to start July.

Autumn: this is the perfect time for a food festival, as mushrooms, truffles, chestnuts and juniper berries add a seasonal dash of colour and flavour to the local cuisine. The array of stalls feature craft producers specially selected over many years to celebrate the Tuscan-Romagna tradition.

Winter: the village comes alive with lovingly crafted Christmas cribs on display in many of its most evocative corners.

Spring: it’s time to relish a traditional Romagna dish bracciatello! The Bracciatello festival is a celebration of this simple savoury “doughnut” made with flour, water and eggs, which always goes down well with salami and a glass of red wine. 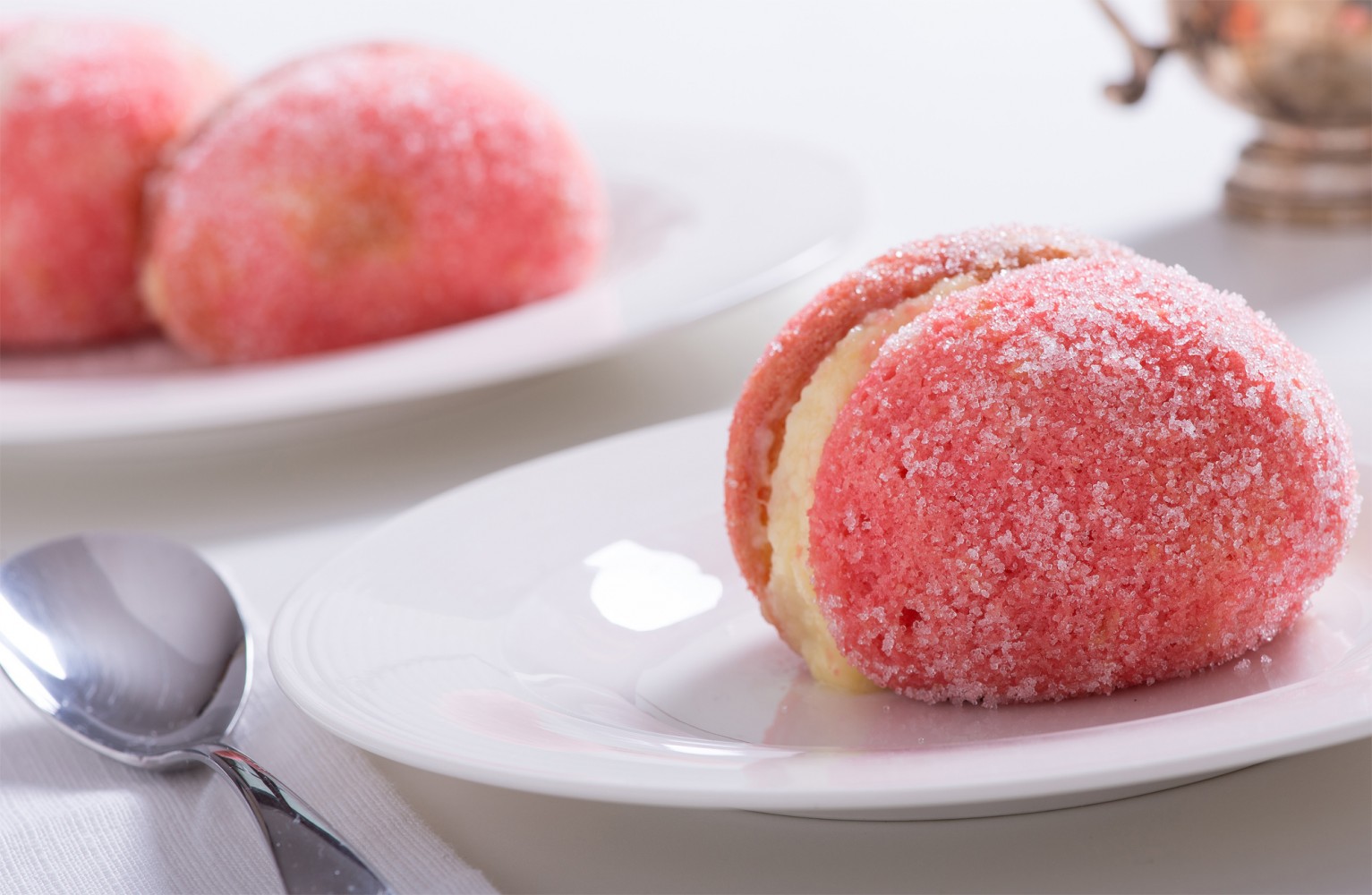 Romagna cuisine has many traditional delicacies to offer, not least in the world of confectionery.
Sweet peaches and cream is a treat that every good Romagna lad and lass grew up with, lovingly made by mums and grans.
With two capfuls of red Alchermes liqueur in a cascade of cream or even chocolate, they really are the pièce de résistance. One is never enough!

Two spiritual paths meet amid the mountains: St Anthony’s Way and Dante’s Walk. The former leads to Padua and the saint’s tomb in Montepaolo, on a 190-mile route via Monselice, Rovigo, Ferrara, Bologna, and various natural parks.

Dante’s Walk recreates the journey of Italy’s greatest poet into exile from Florence through the ancient paths of Tuscan Romagna. This evocative route has an air of the long-lost Middle Ages about it, traversing as it does the lands extolled in the verses of the Divine Comedy. 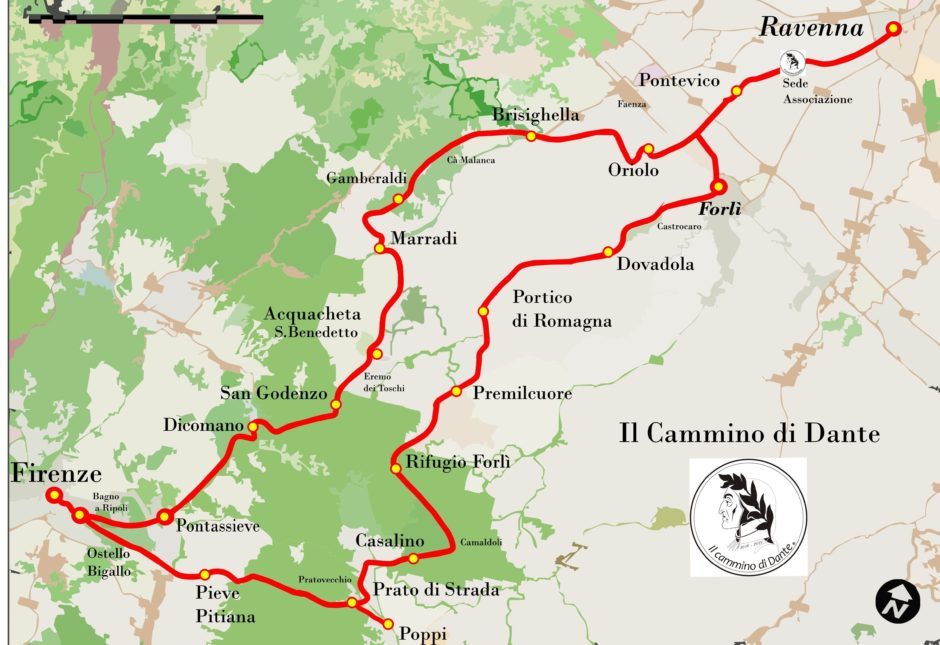 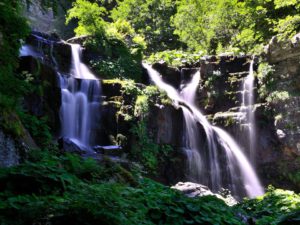