Journey to the Center of the Earth

What are the most interesting and beautiful caves of the Emilia Romagna? Ever wondered about that?
But mostly, which ones can be safely visited?


The underground world has always fascinated me. It’s not completely unrelated that one of my favourite childhood reading was Journey to the centre of the Earth by Jules Verne. If you could only imagine how often I have been fantasizing about following Prof. Lindenbrock and his explorers in a journey to the depth of the planet. Despite all of that, reality has always kept me down-to-Earth (…get it?). 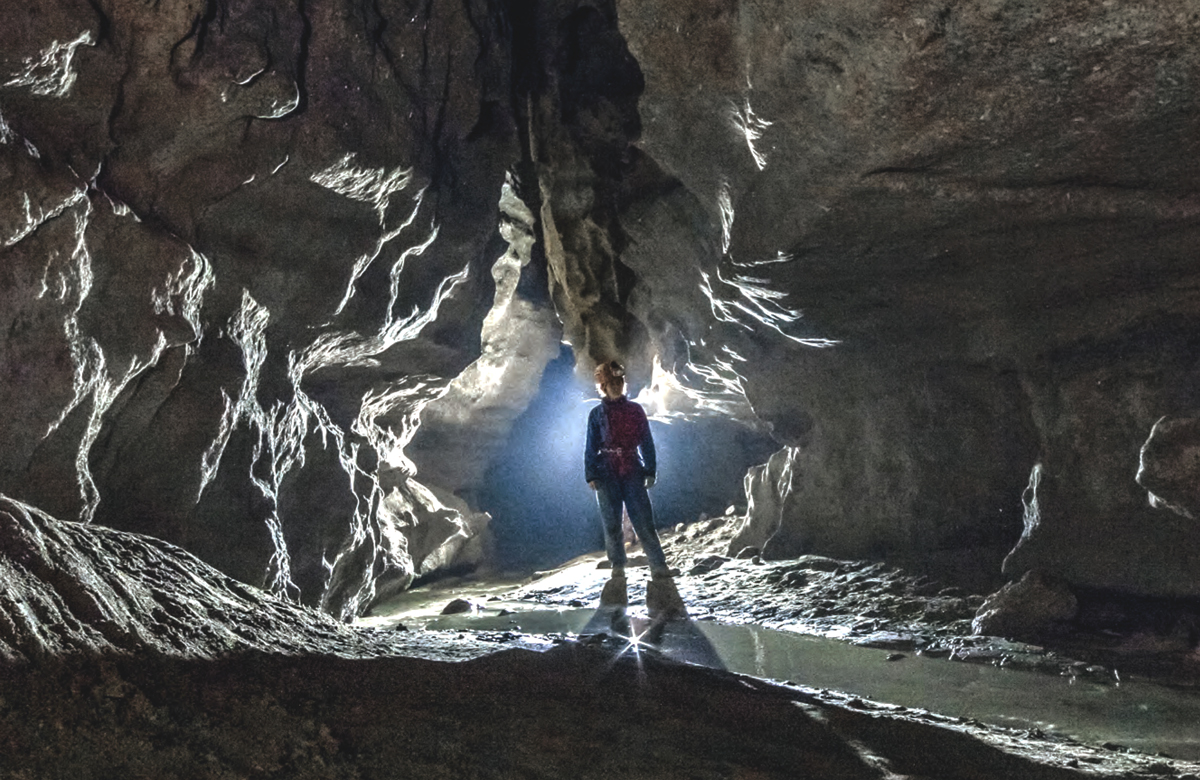 North to South, Italy features several places where the descent to the centre of the Earth is possible, and that includes Emilia Romagna. For decades groups of speleologists have been exploring the cave areas of the region, and the Italian federation Federazione Speleologica Regionale dell’Emilia-Romagna (FSRER) listed the caves that have been discovered and explored so far – accessible via web.

So on the one hand remote and difficult-to-reach areas, on the other hand, the so-called “tourist caves”, accessible for everybody. An extraordinary world among Kms of tunnels, also more than 200m deep, streams of water, wells, unbelievable human traces and ancient fossils dating back to 5million years ago. And now, put warm clothes and trekking shoes on and be ready for our adventure! 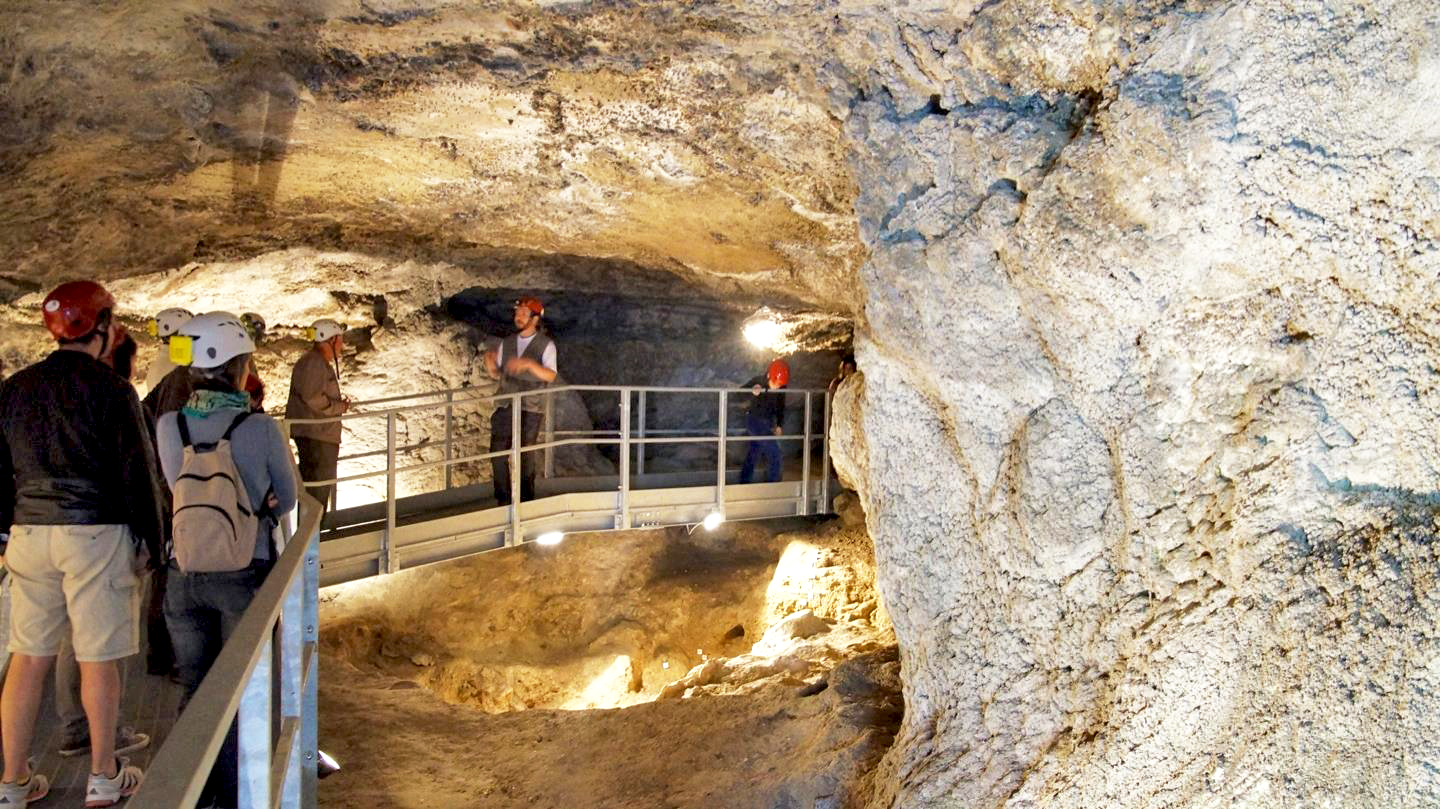 The Grotta del Re Tiberio is situated in the Natural Park Vena del Gesso Romagnola, in the territory of Riolo Terme (Province of Ravenna). It’s the last part of a system of natural tunnels on different levels, that formed because of the draining waters flowing from Monte Tondo – 6km of tunnels and a difference of 223m.
It owes its name to Emperor Tiberio who allegedly found refuge here, with no success, to escape the fate and avoid dying hit by a thunder. The cave has been visited in a heterogeneous way since the Copper Age.
Easy to walk with shoes with plastic sole, its average temperature is 12°C, therefore it is highly recommended to bring a jacket with you.

Tours of the caves are allowed only upon reservation and accompanied by speleologists of Park Vena del Gesso Romagnola and association La Nottola: tel. +39 389 031 2110 | email: retiberio@nottola.org 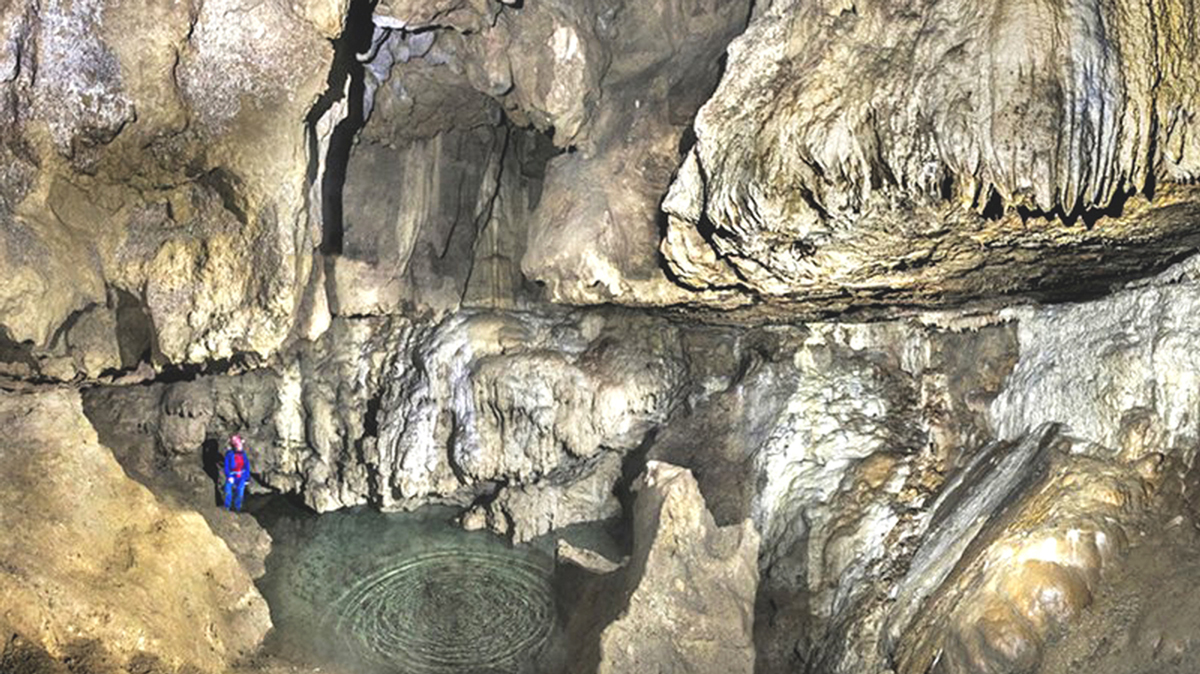 2km west from Brisighella, one of the most beautiful villages in Italy, Grotta Tanaccia is most likely one of the best and most famous speleological tours of the entire Vena del Gesso Romagnola. At the inside, stalactites, stalagmites and interesting erosion phenomena. Furthermore, on the inside, archaeological researches carried out in the XX Century brought to light remarkable finds, some of them dating back to the Copper Age, that contributed to trace the prehistoric settlements of the entire region.

Visits, upon reservation and subject to admission, are possible all year round except in winter, to preserve the quiet of the bat’s hibernation. I suggest you bring rubber boots (boots in general) with you, together with a waterproof suit. Average temperature is 14°C.
Visits are organised by Visitor Centre Ca’ Carné: tel. +39 0546 80628 o +39 339 2407028 (Ivano Fabbri) | email: ivanofabbri@alice.it 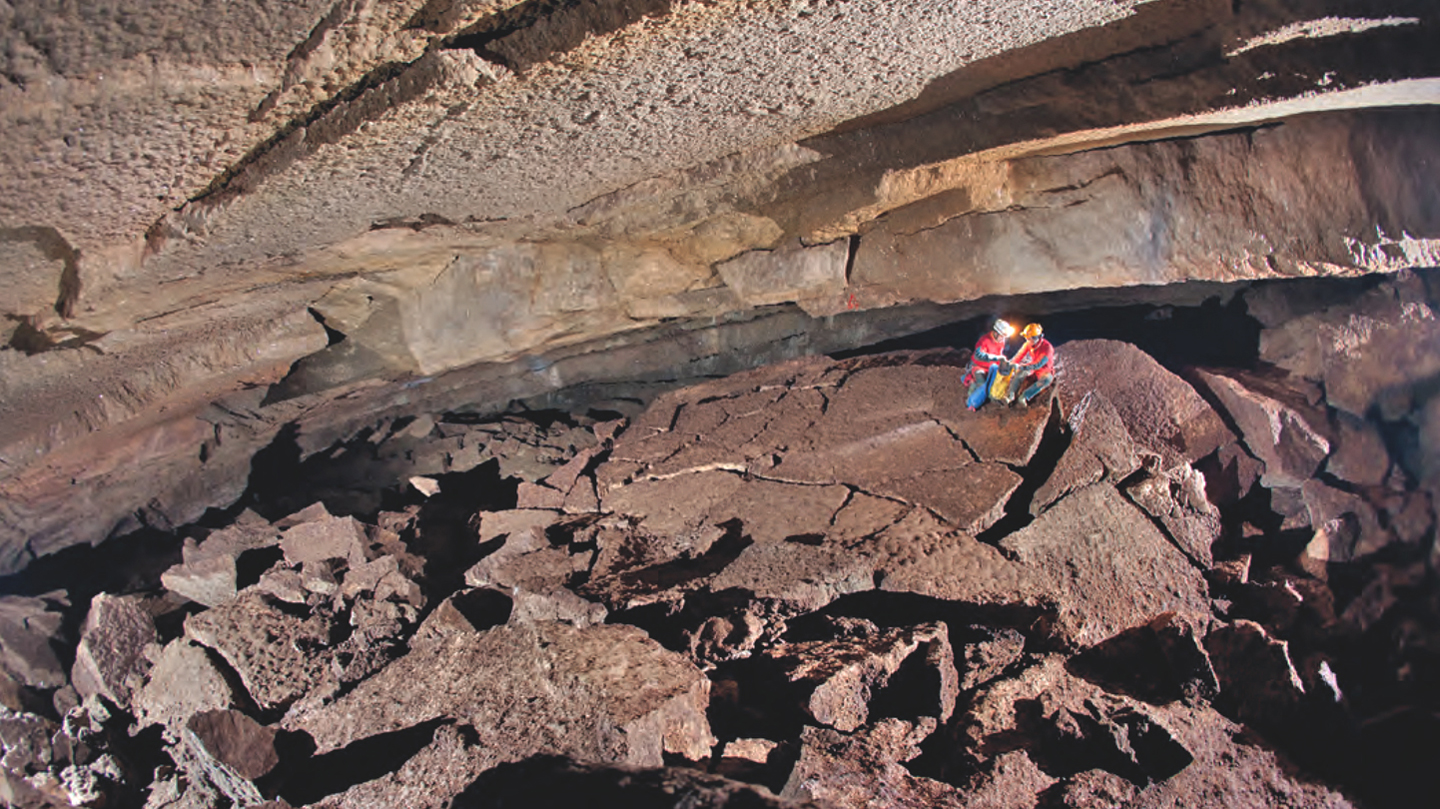 The Grotta Della Spipola is situated at the foot of the first hills outside Bologna, and it’s hidden in the heart of Parco dei Gessi Bolognesi and Calanchi dell’Abbadessa. On the bottom of the sinkhole with the same name, 135m asl, it is now considered one of the main caves in chalk ever discovered in Europe.
The artificial entry, realised by Gruppo Speleologico Bolognese, is situated southern the natural entry, the so-called Bus d’la Speppla o Buco del Calzolaio, discovered in 1932 by speleologist Luigi Fantini.
The 700m tour is suitable for everybody with no particular restriction. Taking the state of the cave into consideration – humid environment, average temperature 10°-12°C – is it advisable to wear proper clothes, trekking boots, long trousers, sweater, raincoat, potentially a change. 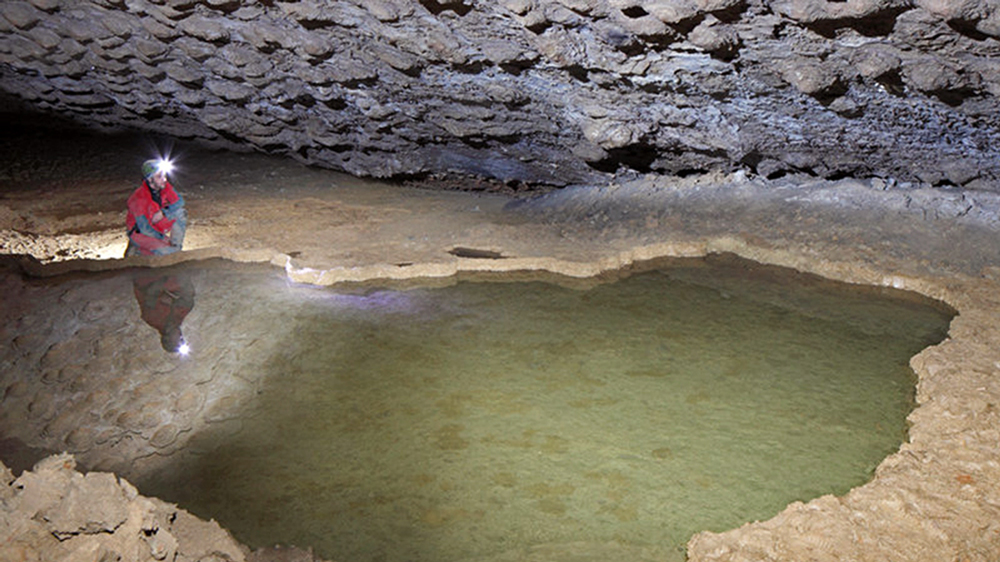 Discovered in 1871 by Francesco Orsoni, the cave Grotta del Farneto is well-known for its significant archaeological traces dating back to the Bronze Age. After its forced closure due to a landslide, the 1km cave was opened to the public again in 2008.
The fascinating tour, suitable for children and adults alike, stretches among crystals on the ceiling, that light up with the lamps, small bats flying around and finally, in the deepest space of the cave, the silent voice of Earth.

Visits to the cave are organized from March to November, only upon reservation, and are led by authorized speleologists of the Regional Park Gessi Bolognesi. For further info please contact tel. +39 051 6254821 | email: info.parcogessi@enteparchi.bo.it 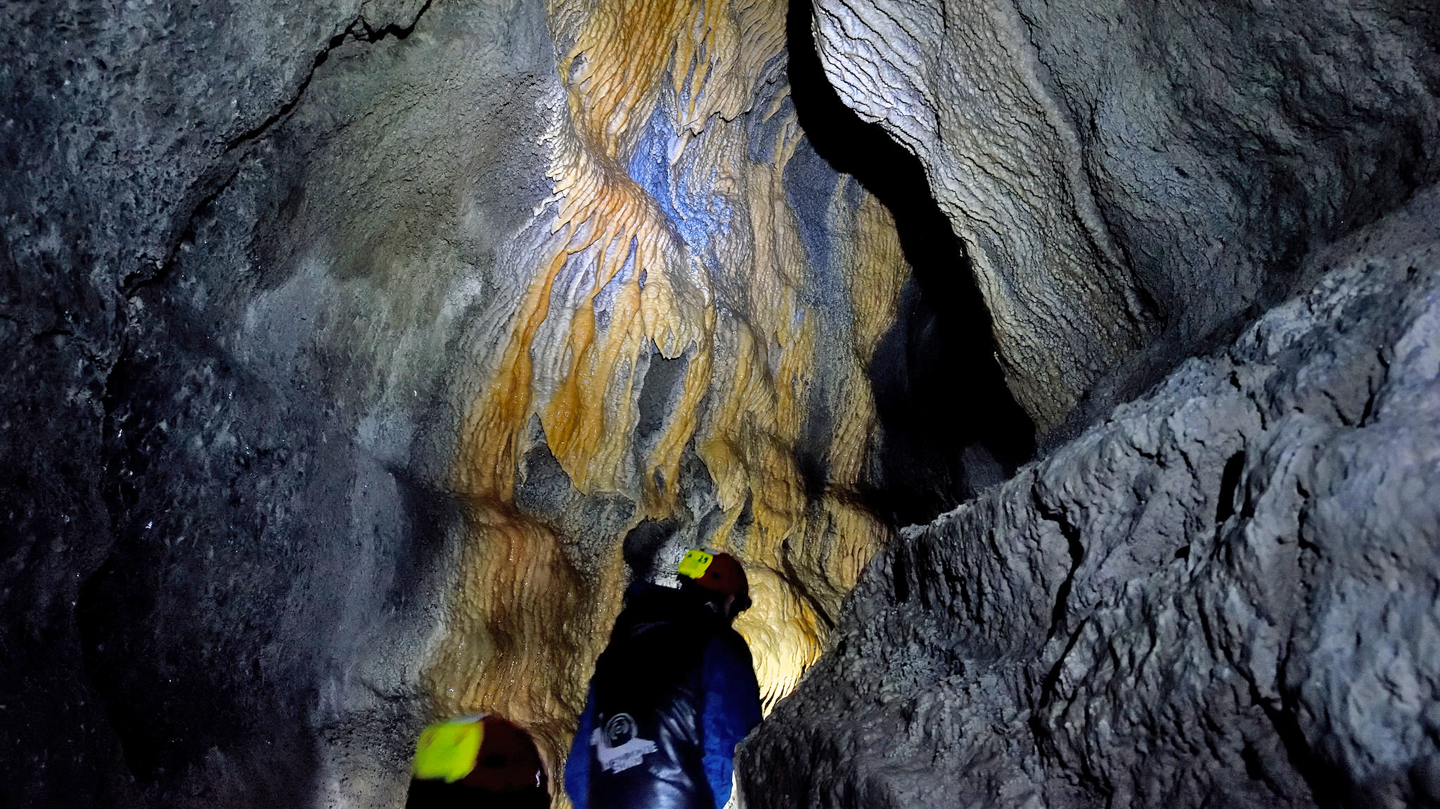 The Caves Grotte di Onferno stretch underneath the natural park Riserva Naturale Orientata di Onferno, and list among the most important gypsum caves in Italy. The name Onferno comes from the Italian Inferno (hell) and is due to the steam that emanated from the area; legend had it, the cave was the entrance to hell.
Tunnels, bottlenecks, and galleries on different levels constitute a complex system of more than 400m galleries, excavated over the centuries by the stream of an underground river. Among the caves, the Sala Quarina is worth a mention. Also known as Sala dei Mammelloni, conic gypsum protuberances are hanging from the ceiling and seem to be the biggest of Europe. But the real landlords are the remarkable bat colonies: 6 different species that inhabit the underground environment. The path, partly paved and partly on natural ground, is properly ventilated and the average temperature is 12°-13°C. For this reason, it is highly recommended to wear comfortable clothes before starting the tour.