Over the millennia different people and cultures have shaped Emilia Romagna, marking its borders and rewriting its history several times. Following the Via Emilia and visiting the main archaeological sites and museums of the region, we can retrace its history – from prehistory up to our time.

While on the one hand Romagna has its historical traditions and material artifacts of great importance, thanks also to the presence of the three-time capital Ravenna, (of the late Roman Empire, of the Goths and of the Byzantine), Emilia is marked by a more widespread development, which is mainly concentrated around the major cities of art with Roman origin.

After the piece about Romagna, today we are going to explore Emilia and its most important archaeological sites and museums, and you may take some good cues to visit some of them in person.

Ferrara and its province


Where: Palazzo Costabili as “di Ludovico il Moro” | Ferrara
Housed in one of the most suggestive Renessaince buildings of the city, the museum is closely related to the discovery of Spina, the most important Etruscan port of the Adriatic Sea between 6th and 3rd century B.C.
You will be amazed by the Big Attican vases of great workmanship, the findings of everyday usage and the impressive golden objects coming from the excavation of the built-up area and from the over 4000 burials found during the last century that are on display in this venue. Don’t miss the room of the pirogues hosting two perfectly preserved boats dating back to the late Roman empire. 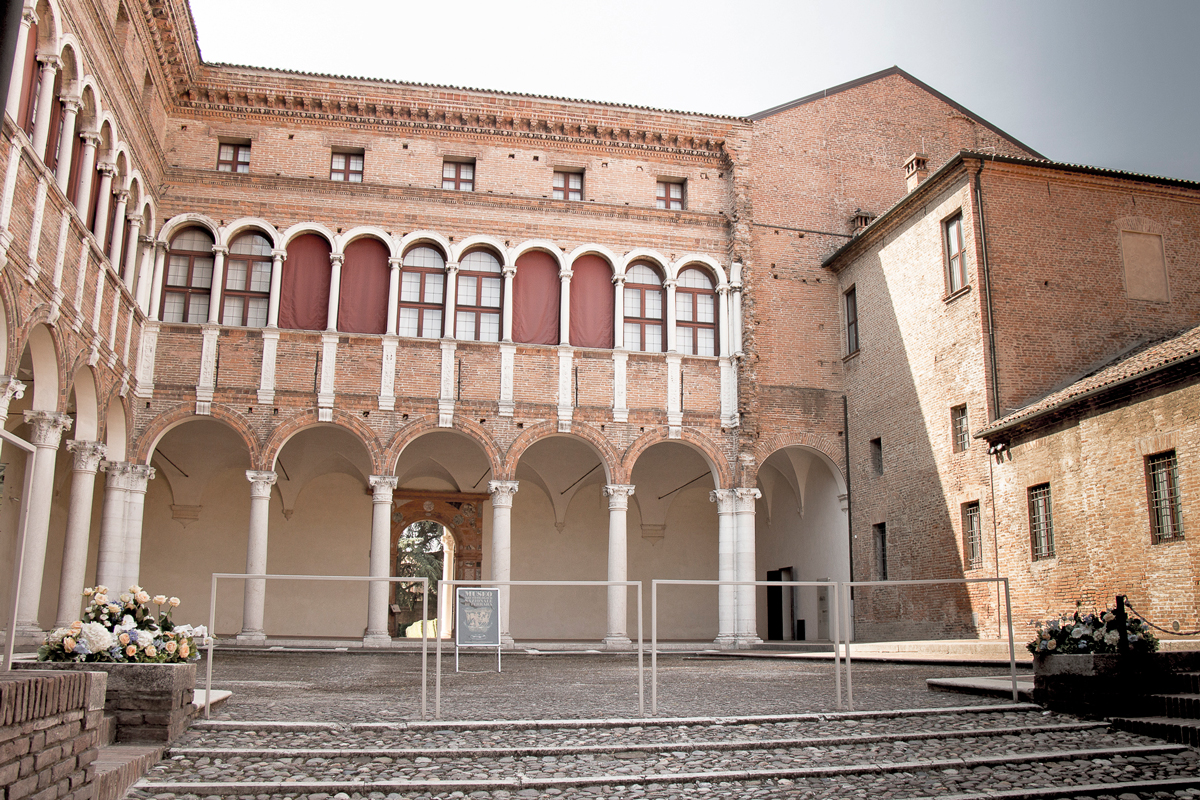 
Where: Via Camposabbionario | Ferrara
Originally known as the Church of Santa Libera, this small but well-preserved building lays few steps from Palazzo Schifanoia and hosts many interesting craft funeral artifacts, such as the stelae and the sumptuous sarcophagi from the Po Delta area dating back between the first half of the 1st and the 3rd-century a.D.
* Due to earthquake-proof work in Palazzo Schifanoia, the Lapidary museum is closed as well.


Where: Ancient Hospital for the Infirm – Via Agatopisto, 2 | Comacchio
This is a new exhibition area that rebuilds the history of the territory in an innovative way by using interactive set ups and 3D installations. The itinerary will guide the visitors from the first years of the Delta Area, going through the years of the Etruscan city of Spina, of the Roman occupation and of the valuable freight of the well-known boat of Comacchio until arriving to the beginning of the Early Medieval Emporium of Comacchio. 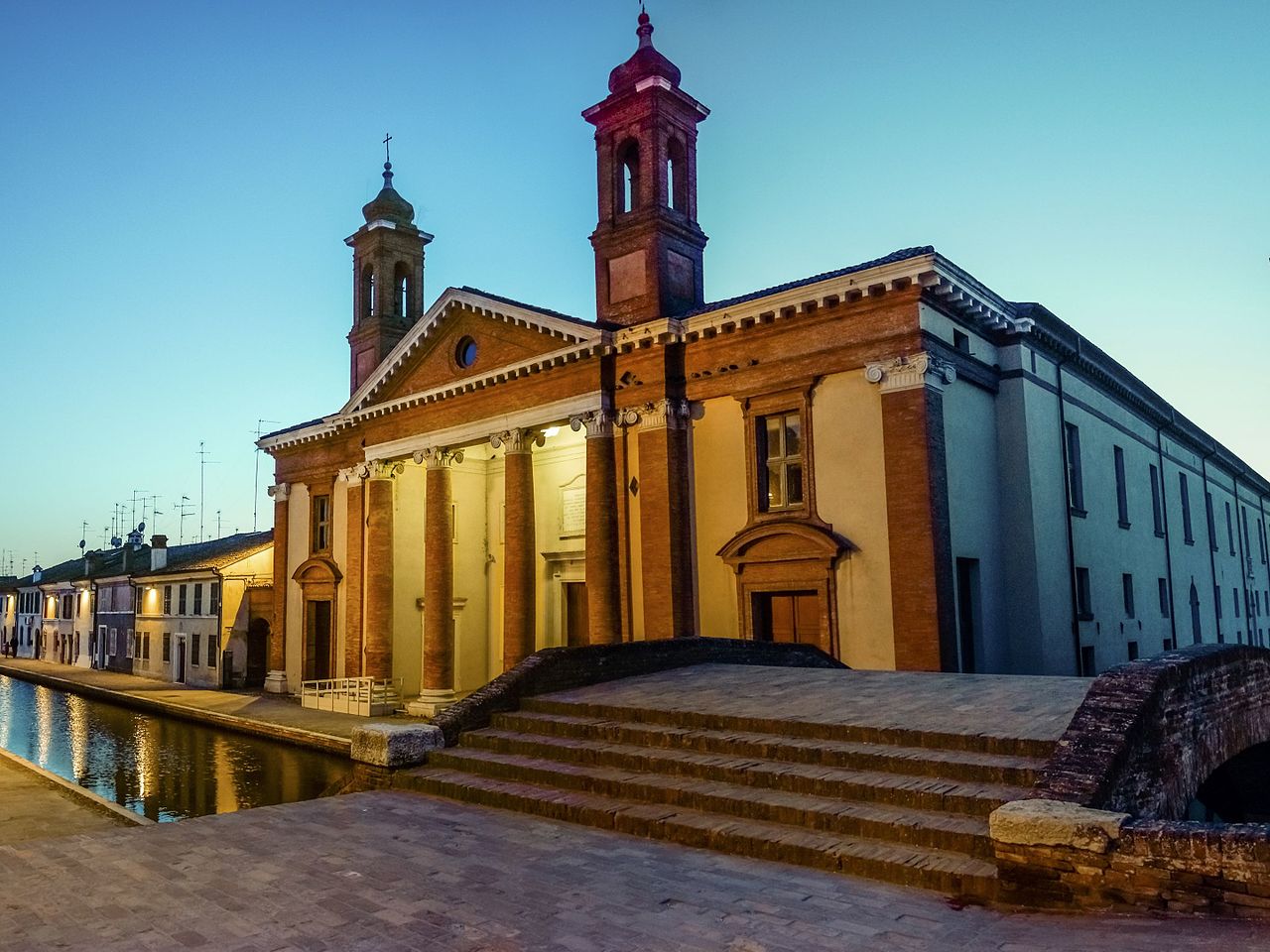 Ancient Hospital for the Infirm | Photo by Vanni Lazzari, via Wikimedia

Bologna and its province


Where: Via dell’Archiginnasio, 2 | Bologna
It is considered one of the most important archaeological collections in Italy and it is housed in the fifteenth-century Palazzo Galvani since 1881, at a few meters away from Piazza Maggiore.
The Etruscan section is the one that stands out among the others: it is an essential stop for a deeper understanding of the Etrurian Padana, whose capital was right Bologna (at that time known as Felsina). The Greek, Roman and Gallic art collections with artifacts coming mostly from this region, and the Egyptian art collection, one of the most important in Europe, are certainly worth a visit. 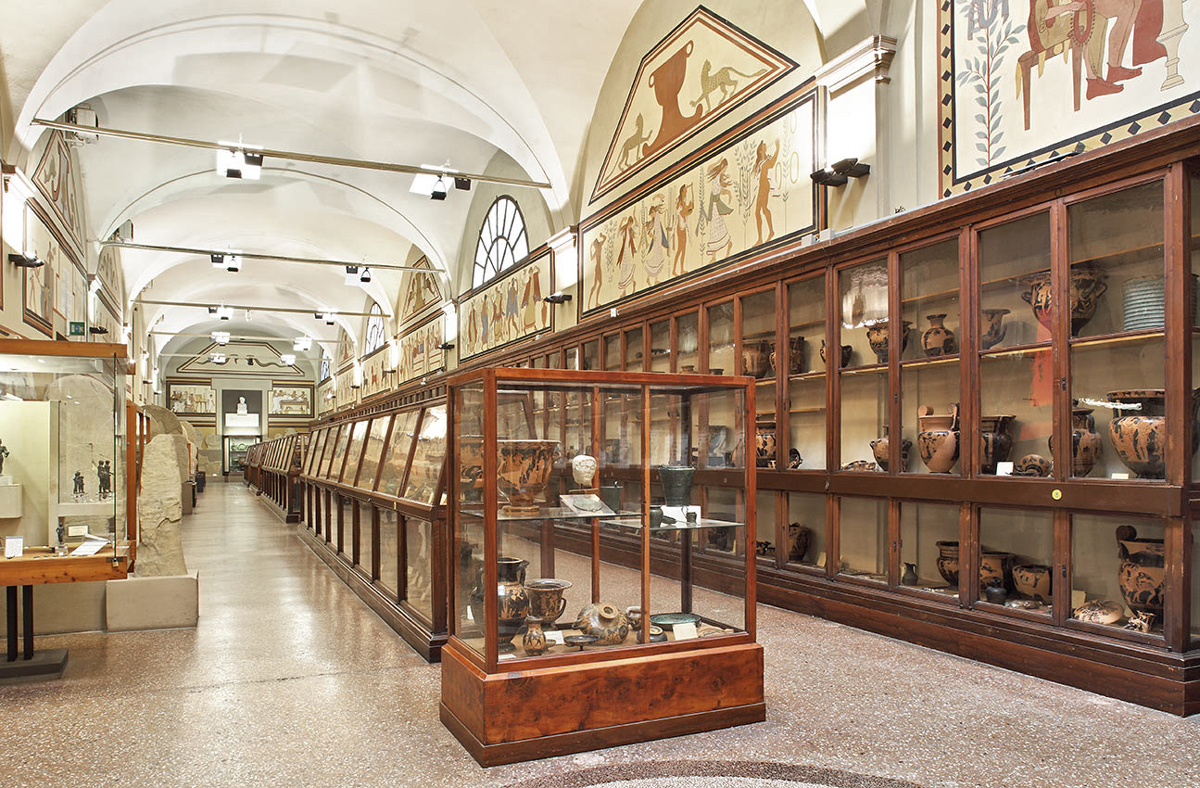 
Where: Piazza Nettuno 3 | Bologna
Right in the heart of Bologna, just below the crystal floor of the SalaBorsa covered square, the excavations allow to retrace the transformations this part of the city underwent over the centuries.
There are the Civil Basilica of the ancient Bononia, the Medieval courts, the viridarium and the Renaissance botanical garden. The admission is free according to scheduled opening hours and days (see here).


Where: Via Porrettana Sud 13 | Marzabotto
Between the 6th and the 4th century B.C., Kainua was one of the most important city-states in the Etruscan Po area. Every year, the archaeology students of the Bologna University explore the site and people can walk along the streets of its original urban orthogonal layout and see the Acropolis and the two necropolises. The visit ends at the museum “Pompeo Aria”, where its artifacts show the history of the archaeological site. 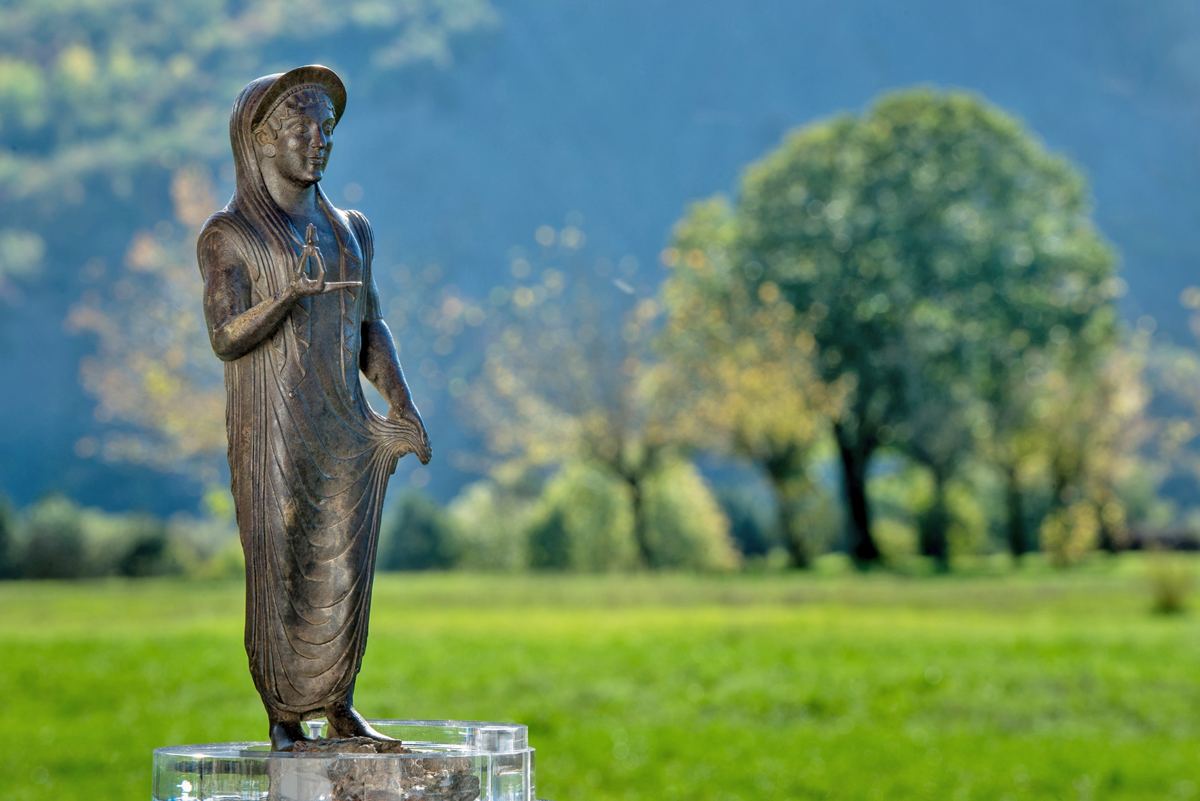 
Where: Via del Museo 2 | Montebibele
It is the completest collection of Celtic materials in the region and one of the most important in Italy. The museum records the history of the settlements over the valleys of the rivers Idice and Zena. Moreover, it collects materials from the excavation campaigns of the Etruscan-Celtic settlement of Monte Bibele and its necropolis (beginning of the 4th and beginning of the 2nd century B.C.).

Modena and its province


Where: Palazzo Dei Musei – Largo Porta Sant’Agostino, 337 | Modena
Inside the eighteenth-century Museum Palace (Palazzo Dei Musei) are some of the most important cultural and conservative institutions of the city. The Archaeological and Ethnological Museum, for instance, collects along its exhibition itinerary some important material testimonies from the Modena area dating back between the Palaeolithic and the Middle Ages and an ethnological section with artifacts. from all over the world.


Where: Palazzo dei Musei – Largo Porta Sant’Agostino, 337 | Modena
The Museum Palace also hosts the Estense Lapidary collection, on Francis IV Duke of Modena’s firm request: with 329 sculptures, dating back from the Roman up to the Medieval and Renaissance age, it outlines the history of the city.


Where: Via Vandelli (Statale 12 – Nuova Estense) | Montale Rangone
Thanks to life reconstructions and experimental archaeology projects, today, this outdoor archaeological park traces back the almost 4-century-long story of Terramara di Montale, which was a fortified village during the Bronze Age (between the 16th and the early 13th century B.C.) 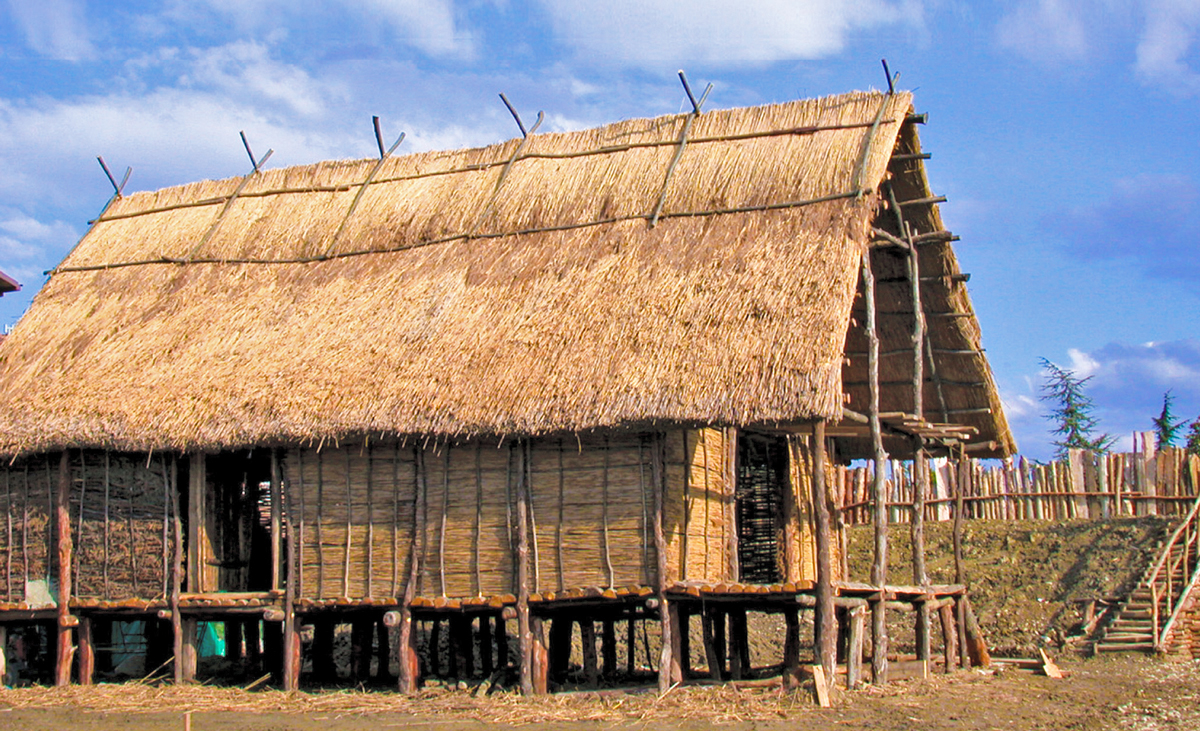 Reggio nell’Emilia and its province


Where: Via Lazzaro Spallanzani, 1 | Reggio nell’Emilia
This building hosts several ancient collections and artworks with different functions and dating back to different historical periods.
As far as archaeology concerns, the Roman mosaics, the Chierici Museum, the Portico dei Marmi (Roman section), the Roman Museum, the Prehistory and Protohistory Museum are worth a visit.

Parma and its province

The National Archaeological Museum of Parma


Where: Piazza della Pilotta, 3 | Parma
Housed in the rooms of the monumental Palazzo della Pilotta, this museum is one of the oldest in Italy (1760). Originally, it was founded to house the findings from the excavation of the city of Veleia, but over the course of its history it gained different collections (Egyptian, Etruscan and Roman) and, above all, it has become an essential reference point for all the research work carried out in the area of the Duchy. 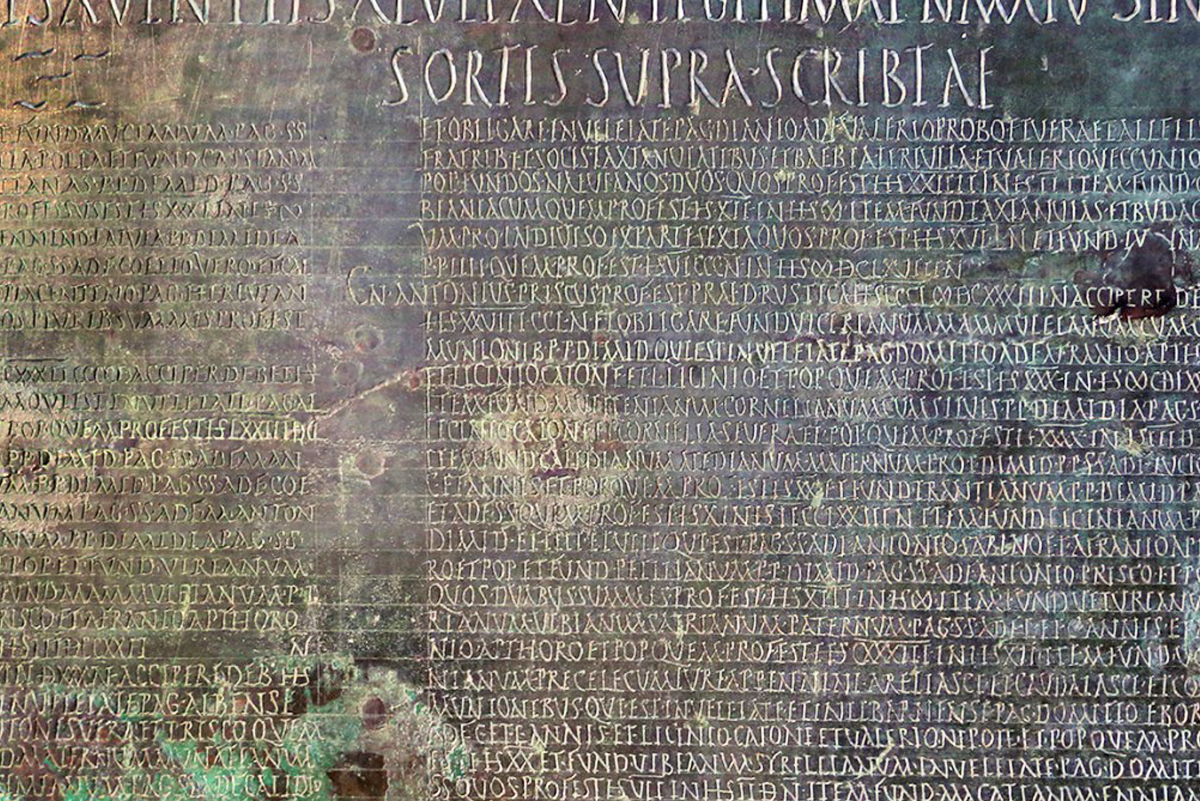 Piacenza and its province

The City Museums of Palazzo Farnese


Where: Piazza Della Cittadella, 29 | Piacenza
The city museum and its rich collections are hosted Inside the sixteenth-century Palazzo Farnese. The highlight here is the archaeological museum, housed in the adjacent Visconti Palace. In its rooms, you can find artifacts and relics of Prehistory and Protohistory coming from the surrounding area and, in a dedicated room, the famous Liver of Piacenza, one of the most important artifacts linked to the Etruscan art of divination.


Where: Strada Provinciale 14, 14 | Lugagnano Val d’Arda
On the site of the ancient Roman city of Velleia stands today one of the most important archaeological sites in Northern Italy. Thanks to its antiquarium and walking through its ruins, it is possible to retrace the most important moments of its history, from its pre-Roman origins up to its complete abandonment. 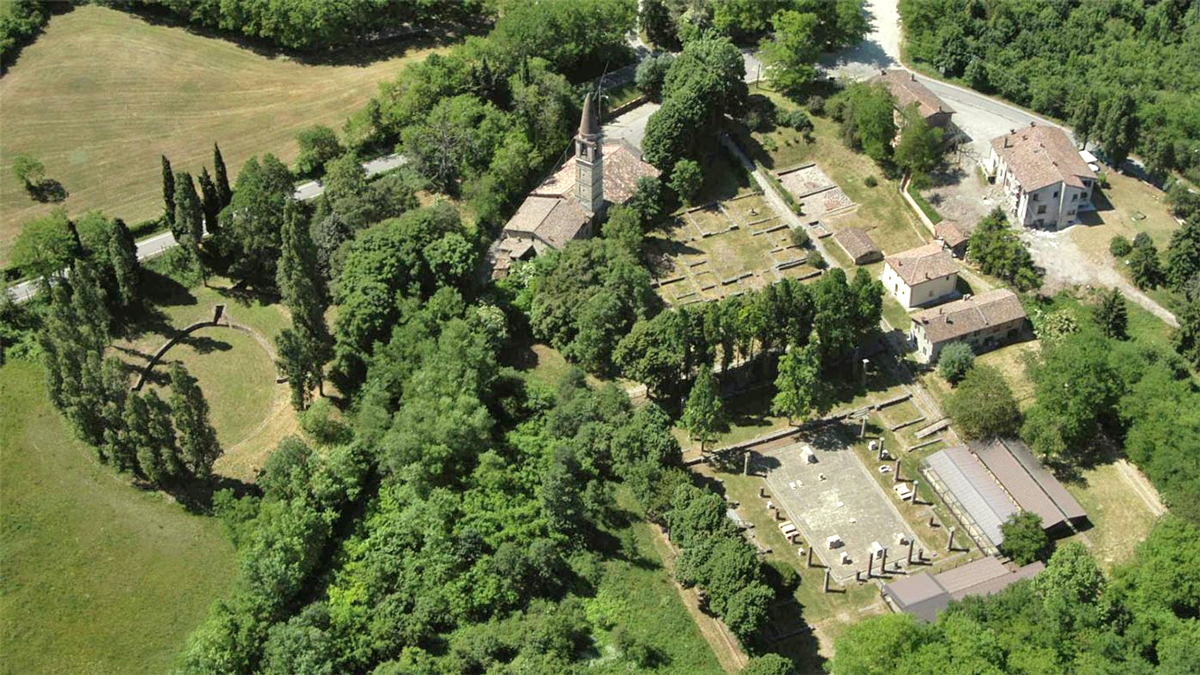 
Where: Via Colombo Giovanni, 8E | Travo
It is one of the most important settlements of Northern Italy linked to the recent Neolithic (4200 – 3500 B.C.) and, above all, it is an archaeological park with a strong educational purpose. Located in a suggestive green area, it shows some full-scale residential buildings, set up with copies of materials and objects discovered during the excavation. The adjacent museum completes the visit itinerary.
Over the year, the museum hosts several events; the costumes reenactment “Preistorica” has a particular importance and sends all participants back 6000 years in time.


Where: Ospedale Santo Spirito – Via Sforza Caolzio | Castell’Arquato
It preserves one of the most important collections of fossil molluscs and cetacean skeletons referable to the “Piacenziano” stratum type, or better said, the land of marine origin dating back between 3.5 and 2.5 million years ago. Thanks to them it is possible to follow the evolutionary history of the Po Valley – from when it was just a water surface until the appearance of mankind.