Ravenna is the ideal city for a cultural and recreative trip, thanks to the mild climate, the welcoming atmosphere, the sea a stone’s throw and the amazement that you cannot fail to experience in front of the mosaics of its UNESCO monuments.

So, why not organize a journey with the whole family? To whet their imagination, just mention that this city has been thrice the capital of Italy! Of the Western Roman Empire (402-476), the Kingdom of the Ostrogoths (493-553) and the Byzantine Exarchate (568-751), in case you need a ripassino (little refresher).

Here are ten tips on what to do with children in and around Ravenna.

Do a laboratory at MAR – Ravenna Art Museum


Both during large exhibitions with specific itineraries designed for children, and throughout the year with workshops dedicated to the collections of contemporary mosaics, the MAR – Art Museum of the city of Ravenna reserves to our little “art investigators” some specific activities, to develop their artistic sense and arouse curiosity of the mosaic’s technique, very ancient but still alive and current today.

Discover the history of the city with RavennAntica


The RavennAntica Foundation, created to enhance the historical and archaeological heritage of Ravenna and Classe, organizes educational proposals specifically designed for children, including mosaic and clay creative workshops, treasure hunts, animated guided tours.
The initiatives are organized throughout the year according to a variable calendar, both at the TAMO Museum (TAMO for kids) and at the Classis Museum (Classis for Kids). 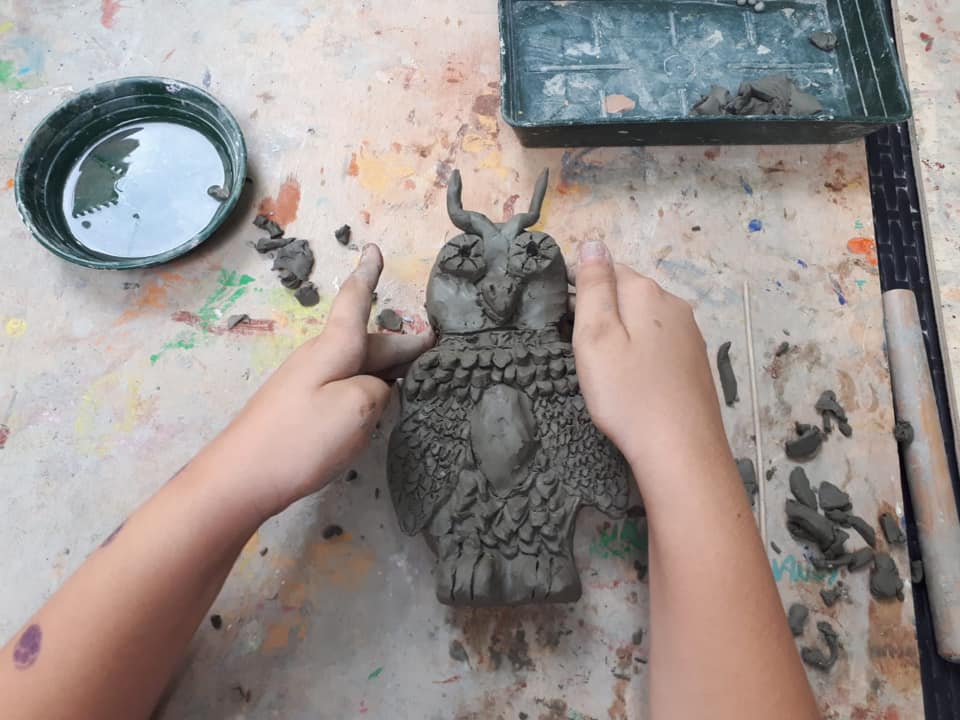 Run in the city parks


To take a break between a cultural visit and a mosaic workshop, in Ravenna there are numerous parks and gardens where children can run and play safely:

Visit the House of Marionettes


The Museum “The House of Marionettes” is located in the heart of Ravenna and hosts the Monticelli Collection, which allows you to take a journey into the Italian tradition of marionette and puppet theater from 1840 until today. The Monticelli family – that is the company of the Teatro del Drago – thanks to its five generations of actors, boasts a collection consisting of 63 marionettes, 150 puppets, 132 sets and 150 handwritten scripts.
The visit can also be accompanied by one of the numerous initiatives organized by the Teatro del Drago, such as traditional puppet shows and workshops for the construction of puppets. 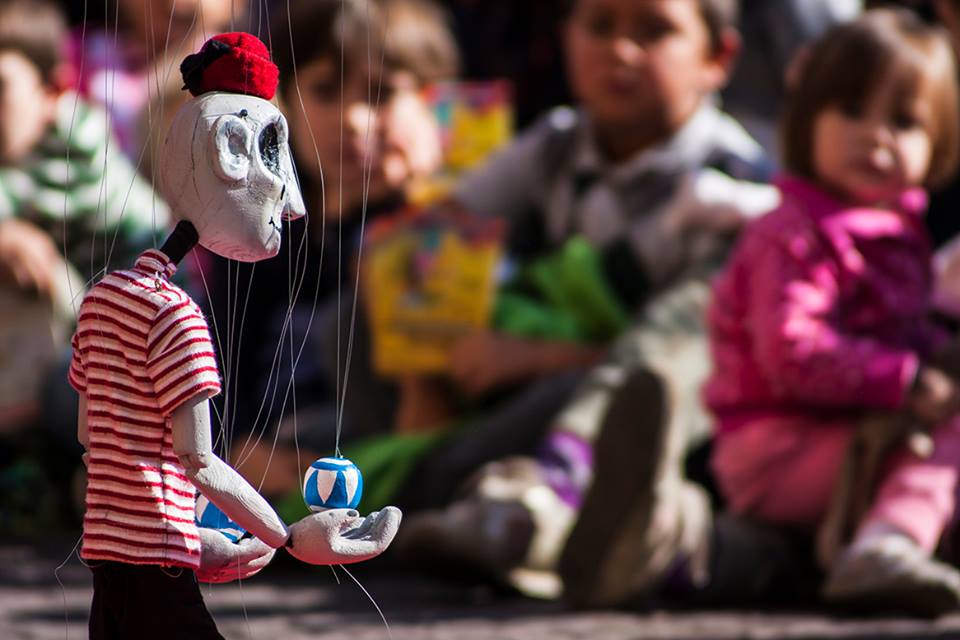 Find out how grandparents used to play when they was little


The “Little Museum of Dolls and other Toys” displays dolls and toys belonging to different eras, in particular from 1860 until the mid-1900s. Thanks to the objects present (dolls made of porcelain, cloth, celluloid and paper mâché, as well as tiny rooms, miniature dollhouses, stuffed toys and rocking horses.) the museum allows you to make a journey through the childhood of the past and, at the same time, to observe the changes in ways of living and playing over time.

Observe closely the Fauna of the Po Delta


The NatuRa Museum allows you to take a close look to the animals that populate the Po Delta Park, not only the numerous species of birds, but also amphibians and reptiles, insects and butterflies. The museum also has an educational lab where different activities are organized and an atelier for the little ones in which they can learn while having fun.
From here there are also numerous excursions (free or guided) on foot, by bike and by electric bus to discover the rich birdlife that characterizes the territory of the Po Delta Park.
For the next scheduled events you can also consult the Facebook page. 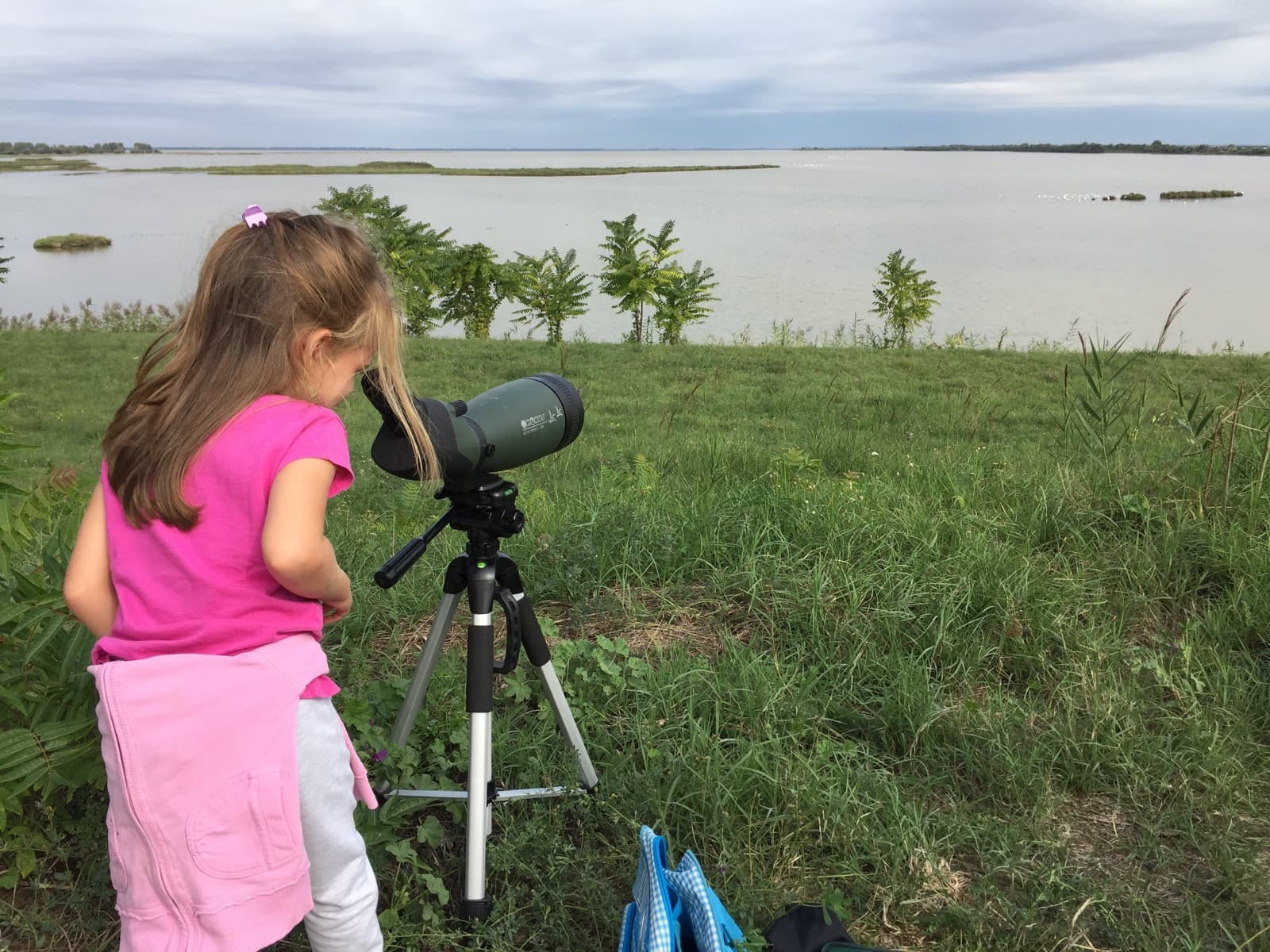 Try all the Mirabilandia Rides


It’s the largest (and award-winning) amusement park in Italy: 10 km from Ravenna, Mirabilandia is the most desired destination for children.
The park offers attractions suitable for all ages (and all levels of parental courage) and many shows to leave you speechless, while for the little ones there is an entire thematic area, Bimboli.
For the hottest days, in addition, next to the traditional amusement park there is the MiraBeach water park, where you can relax on board the colored tires or slide in free fall until you dive into the water.

Make a Safari just a few steps from the city


Just near Mirabilandia there is also Safari Ravenna, a park where you can make a real safari, aboard your car, with an electric car for rent or -to be together in case you go with a group of friends – with the little train, accompanied by a Park guide.
During the 4 km route you can observe closely and without barriers many animals, such as lions, tigers, hippos, giraffes, zebras, bisons, camels, ostriches, llamas and antelopes. They are all free animals, born from generations in captivity, which can move independently in the wide spaces of the park.

Walk amid the butterflies at the Butterflies’ House


In Milano Marittima, in the province of Ravenna, there is the Casa delle Farfalle park: here in a large greenhouse of over 500 sq mt we can immerse ourselves in a tropical forest, with banana trees, exotic flowers and carnivorous plants, walking surrounded by many colorful butterflies coming from different parts of the world that fly free.
An advice? Don’t forget to wear colored clothing, especially red or blue: butterflies will be more tempted to perch on you!


For the more adventurous children or lovers of archeology and speleology, there is a place not to be missed that is located inside the Vena del Gesso Romagnola Park, in the municipality of Riolo Terme. It’s the Cave of Re Tiberio, known above all for the presence of archaeological remains found inside.
For security reasons, the cave can only be visited with the accompaniment of a guide and it’s easily accessible with normal clothes for a first stretch of about sixty meters, up to the so-called Gothic Room; beyond it can only be visited with caving equipment: ready to wear the helmet?