There’s nothing that makes the heart of parents vibrate more than the eyes of their child who shine for a new discovery. So today we suggest 10 places you can propose to your children to spend a day together, full of experiences and fun.

Chasing the butterflies in the Butterflies House, Milano Marittina (RA)

The reconstruction of a large tropical forest, in a greenhouse of over 500 sq. meters, allows admiring hundreds of butterflies with spectacular colors coming from different parts of the world, getting to know their life-cycle closely.
La Serra is a unique environment, where butterflies are born, live, and fly freely, and where it’s possible to observe them closely. Next door is Casa degli Insetti, where we can admire crickets, mantises, beetles, and many other small creatures.
In the large surrounding garden, we find a botanical path with plants typical of the pinewood and the Bruco, a greenhouse that houses some species of local butterflies.
Info: atlantide.net

A journey into the depths at the Aquarium of Cattolica (RN)

A window on a little-known world, with over 3000 fishes (and not only) from all the seas of the planet that, if observed at the right times, show their secrets and their most representative behaviors: this is what awaits us in the largest aquarium of the Adriatic!
The park is divided into 4 routes:
the blue path reconstructs the history of the planet and its biological evolution, including sharks, penguins, stingrays, and jellyfish;
the yellow route is a journey to discover the waterways inhabited by caimans and otters;
the green path is dedicated to exotic animals: chameleons, frogs, insects, and snakes;
the purple route is dedicated to the deep sea and to the species that live there.
Info: acquariodicattolica.it

As medieval knights at the Parco delle Fiabe, Gropparello (PC)

The Gropparello Castle really seems to come out from a book of medieval legends: it is an impressive fortification immersed in the green of the Vezzeno Valley, which rises above a rocky spur overlooking the river.
In the surrounding woods, the first “Emotive Park” of Italy was born, where children, accompanied by animators and dressed as medieval warriors, can go discovering fairy tales and magical creatures of the forest.
Info: castellodigropparello.it

In search of the inhabitants of the fairytales along the Path of the Gnomes, Bagno di Romagna (FC)

Did you know that the Armina Wood, a few steps from the historic center of Bagno di Romagna, is inhabited by the Gnomes?
This is at least what an ancient local legend says and, in doubt, we certainly can’t miss the opportunity to see these funny fairytales inhabitants in person!
The Path consists of a loop trail of about 2 km, that can be run in 45 minutes. It is a very fun and adventurous experience, especially for the little ones, because the route (always well marked and provided with a wooden handrail in the most difficult points) is tortuous and completely surrounded by greenery.
Info: ilsentierodeglignomi.com

Admiring the flamingos colonies in the Po Delta Park (FE)

What brought the pink flamingos to migrate in the Po Delta Park and why the habitat of these valleys is so special? To find it out, you can take part in a guided tour in the Comacchio Valleys, and to be exact in the suggestive Campo Valley, or in the scenic Cervia Saltpans.
The visits take place by boat, foot or electric minibus and allow to capture, between nature and history, the unique aspects of the Park, surrounded by hundreds of waterfowl, including the fascinating pink flamingos.
The most favorable period to admire them is between May and September, although in recent years it is possible to see them also from March to October.
Info: parcodeltapo.it 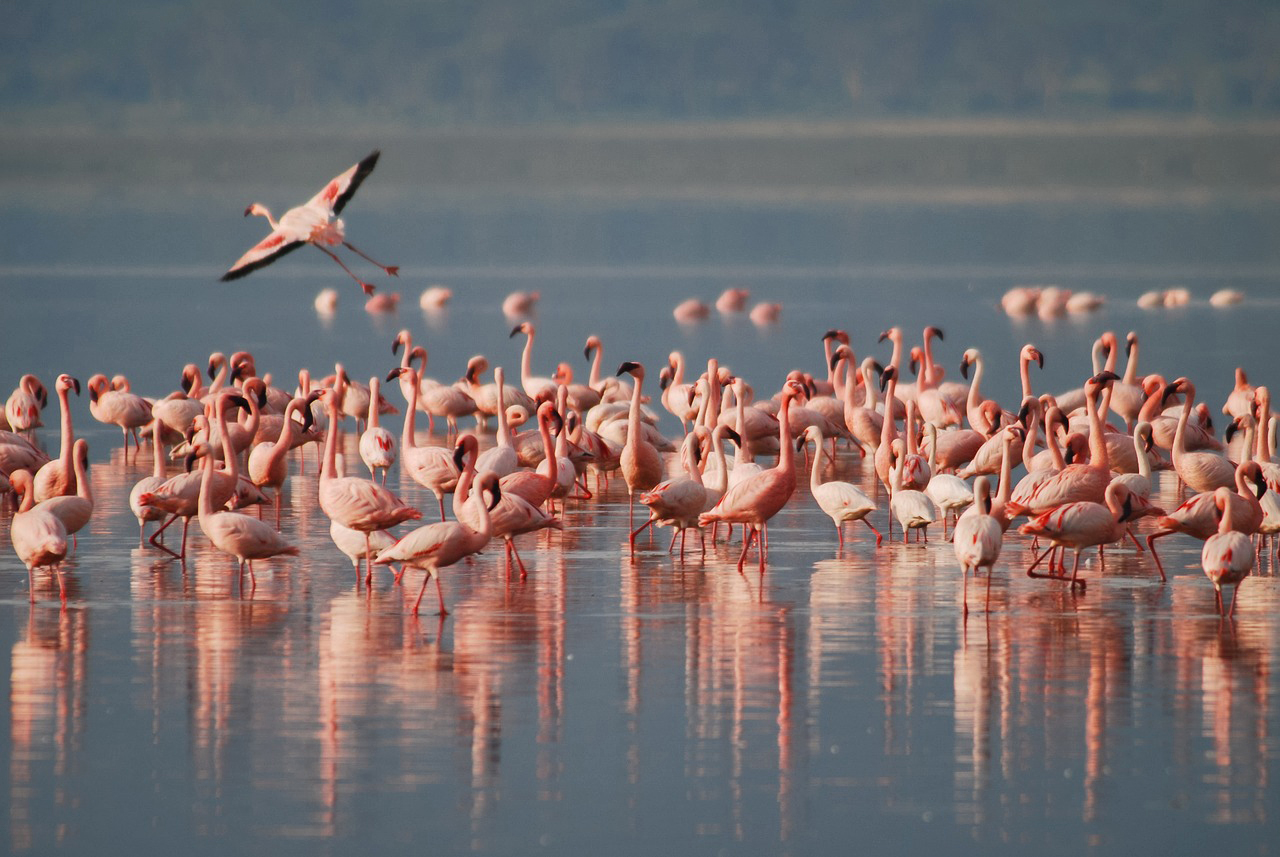 A cone with millennia of history at the Gelato Museum, Anzola dell’Emilia (BO)

Have you ever wondered what the story of one of the most loved foods for young and old is? A few kilometers from Bologna, in the headquarters of the famous Carpigiani company, the first and only museum dedicated to artisanal gelato was born. Here an interactive path traces the evolution of ice-cream over time, from Mesopotamian civilization to the present day, between production technologies and ways of consumption.
For real lovers, it is also possible to take part in one of the gelato workshops and the numerous activities designed specifically for children.
Info: gelatomuseum.com

The collectors’ paradise, the Cards and Stickers Museum of Modena

If you are among those who buy albums for their children to have the pleasure of occasionally stick some cards (straight, for heaven’s sake!), you can’t miss the Cards and Stickers Museum of Modena, born from the collecting work of that Giuseppe Panini founder of the company of the same name.
Next to the stickers, the collection brings together materials related to technique and function: small antique prints, matchboxes, letterheads, and more.
The permanent collection consists of 6 closets, 6 large albums to browse, through which you can retrace the entire history of stickers. It is accompanied by temporary thematic exhibitions dedicated to the most diverse themes.
Info: visitmodena.it/figurina-collection
Discover other Curious Museums in Emilia.

Salse di Nirano was the first Regional Reserve established in Emilia-Romagna.
In this hilly area rich in ravines that rises in the territory of Fiorano Modenese, we find an unusual geological phenomenon of international importance: the eruptive Salse that originates from natural deposits of gaseous hydrocarbons, in particular methane.
The ascent from the subsoil of clay mud mixed with these hydrocarbons creates cones that look like miniature volcanoes and, if you are silent, you can perceive the weak mutterings produced by the bubbles of released gas. The whole area is passable along marked trails of a simple degree.
Info: visitmodena.it/nirano-reserve

Hunting for ghosts in the Castle of Montebello (RN)

If your children are looking for adventures between history and legend, a visit to the Castle of Montebello, in the hinterland of Rimini, is perfect for them! The imposing fortress, scene of numerous battles in the past, offers a breathtaking view above the Marecchia Valley. There lived Guendalina, daughter of Ugolinuccio di Montebello, born in 1370 and disappeared just five years later. But why she was nicknamed “Azzurrina”? And why did the echo of his story reached our days? To find it out, you just have to get on the street!
Info: castellodimontebello.com

Like many modern Jules Verne, in this Cave located in the Vena del Gesso Romagnola Park, it is possible to discover the underworld, including archaeological evidence and scientific investigations.
The Cave, reachable by a narrow panoramic path that climbs on the side of the chalky wall, is the terminal part of a large system of natural cavities formed by the draining waters from the overlying Tondo Mount. Frequented from immemorial time, since the Copper Age, the Cave owes its name to the Roman emperor who, according to a legend, took refuge here, in vain, to escape a prophecy that wanted him dead because of a thunderbolt.
Info: parchiromagna.it/tiberio-cave
Discover all the Caves in Emilia Romagna. 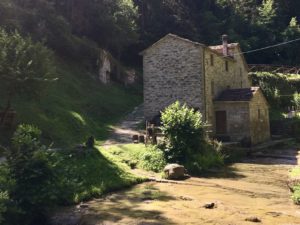