Bologna – the Red, the Fat and the Learned – is also a welcoming city for families.
There are many activities that can be enjoyed with children, as well as places to visit.
Here are 10 suggestions on what to do in and around Bologna with children.

Just a few minutes by bus from the centre of Bologna is a large theme park dedicated to the Italian agri-food and culinary sector. Here, children can learn about agriculture and animal farming, walking among plants and orchards, climbing on tractors and petting farm animals; they can understand more about the planet thanks to themed multimedia rides and also observe how some of Italy’s best-loved culinary products are made, from baked goods to Parmigiano-Reggiano.

The large Sala Borsa library, located right in the heart of the city, has a rich section dedicated to children and young adults, with books suitable for ages 0 to 12. For the little ones, there is also a room with carpets and pillows – with a corner where mothers can breastfeed in total privacy; here you can also ask for the key to the public bathroom inside the library, equipped with a changing table and toilet for the little ones.

3. RUNNIG AND PLAYING IN THE PARKS OF THE CITY

Just a few minutes from the centre of Bologna is the large Giardini Margherita park, ideal for a break during which children can run, play, ride on the carousels, go cycling or skating, eat an ice cream and watch the turtles and carp in the small lake that runs through the heart of the park.
Moving a little further away from the centre, there are two other parks that are easy to reach by foot or by bus and are worth visiting with the family, for a walk or a picnic: they are Parco Villa Ghigi, just outside Porta San Mamolo, and Parco Talon, in Casalecchio di Reno.

4. VISITING THE MANY CURIOUS MUSEUMS OF THE AREA

In the Bologna area there are many museums dedicated to objects, traditions and products of the territory that can truly be described as curious: any ideas? In Anzola dell’Emilia there is the Gelato Museum, set up by Carpigiani to tell the story of this delicious food from its origins in an interactive way; during the year the museum also organises many workshops that allow children to experiment and become budding gelatai and pastry chefs.
In Budrio, on the other hand, there is the Museo dell’Ocarina e degli Strumenti musicali in terracotta (Museum of the Ocarina and Terracotta Musical Instruments), which tells the story of the birth and history of this small terracotta flute typical of the Bologna area.

What could be better than spending a few hours with your children messing about and putting their hands to work? In Bologna, many organisations offer cooking classes, some specifically for children. Thanks to these courses, it is possible to learn how to prepare some of the typical recipes of the local tradition (tortellini, tagliatelle and so on) and perhaps complete the experience by tasting what you have made with your own hands.

6. STEPPING INTO PREHISTORY AT THE DINOSAURS PARK

The Parco della Resistenza in San Lazzaro di Savena hosts Dinosauri in carne e ossa, an exhibition that allows visitors to discover how the most famous dinosaurs and other prehistoric animals looked like, such as the ancestors of the sloth and the crocodile: thirty life-size models to tell the story of the history and evolution of life on earth. Wide eyes and open mouths are guaranteed!

7. TAKING A STROLL IN THE MIDDLE AGES WITH THE TIME MACHINE

At the Virtual Reality Museum in via Zamboni 7 in Bologna it is possible (upon reservation) to use a Time Machine: Bononia is a reconstruction of Roman Bologna in the 1st century AD, Bologna Medievale allows you to fly among the towers and streets of 13th century Bologna, while Al Canel allows you to move in a reconstruction of the Reno Canal in the 18th century.
The experiences take place while wearing a Virtual Reality visor, comfortably seated and under the guidance of a tutor.

8. DISCOVERING THE CITY ON A DOTTO TRAIN

How can you visit the city without walking too much – often a boring activity for children? The solution is to climb aboard one of the little red Dotto Trains that depart from Piazza Maggiore to discover some of the city’s most beautiful places.
You have two choices: the CityBOExpress, that runs through the streets of the historic centre, and the SanLucaExpress, that will take you to the top of the Colle della Guardia, to the spectacular Basilica of San Luca.

During the summer months, on the hills of Monterenzio, the AcquaPark della Salute Più, the outdoor part of the Villaggio della Salute Più spa, is open. It is a green and blue oasis, immersed in the hills of Bologna, with slides and pools designed especially for children: fun is guaranteed!

10. DISCOVERING THE EVOLUTION OF MOTORCYCLING AT THE DUCATI MUSEUM

For all motorcycling enthusiasts, Borgo Panigale is a sort of mecca. The Ducati Museum, built inside the Ducati factory, traces the company’s entire history through the Ducati motorbikes that have marked its various eras and the Ducati racing bikes that, with their victories, have created a sporting legend. 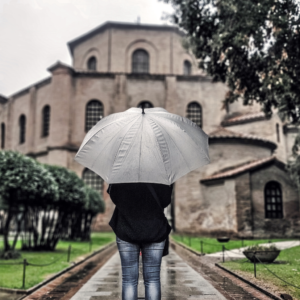