If there is one single thing we agree on in entire Italy is, in Romagna you eat great.

The key of the culinary happiness is not in elaborated plates or refined recipes, but in a very straightforward rule: Simplicity. Great products rigorously made in Romagna, local recipes and a combination of flavours and tastes that are able to give you a sense of safety, a feeling of home.

So here’s our list of the top 5 foods you can’t absolutely miss if you’re coming to Romagna on holiday.

If you’re Italian, the piadina doesn’t need any explanation. For those of you who are not familiar with it, all you need to know is that it’s the king of flatbread and the king of street food in Romagna.
Depending on where you decide to spend your holiday, you will hear its name pronounciated in different ways according to the dialect variations – Pieda, piè, piada, pij, pida, piadèna, piadina. There is also a halo of mystery around its origins, nobody knows where and when it was created, but it’s part of the culture of Romagna and no one can resist it. 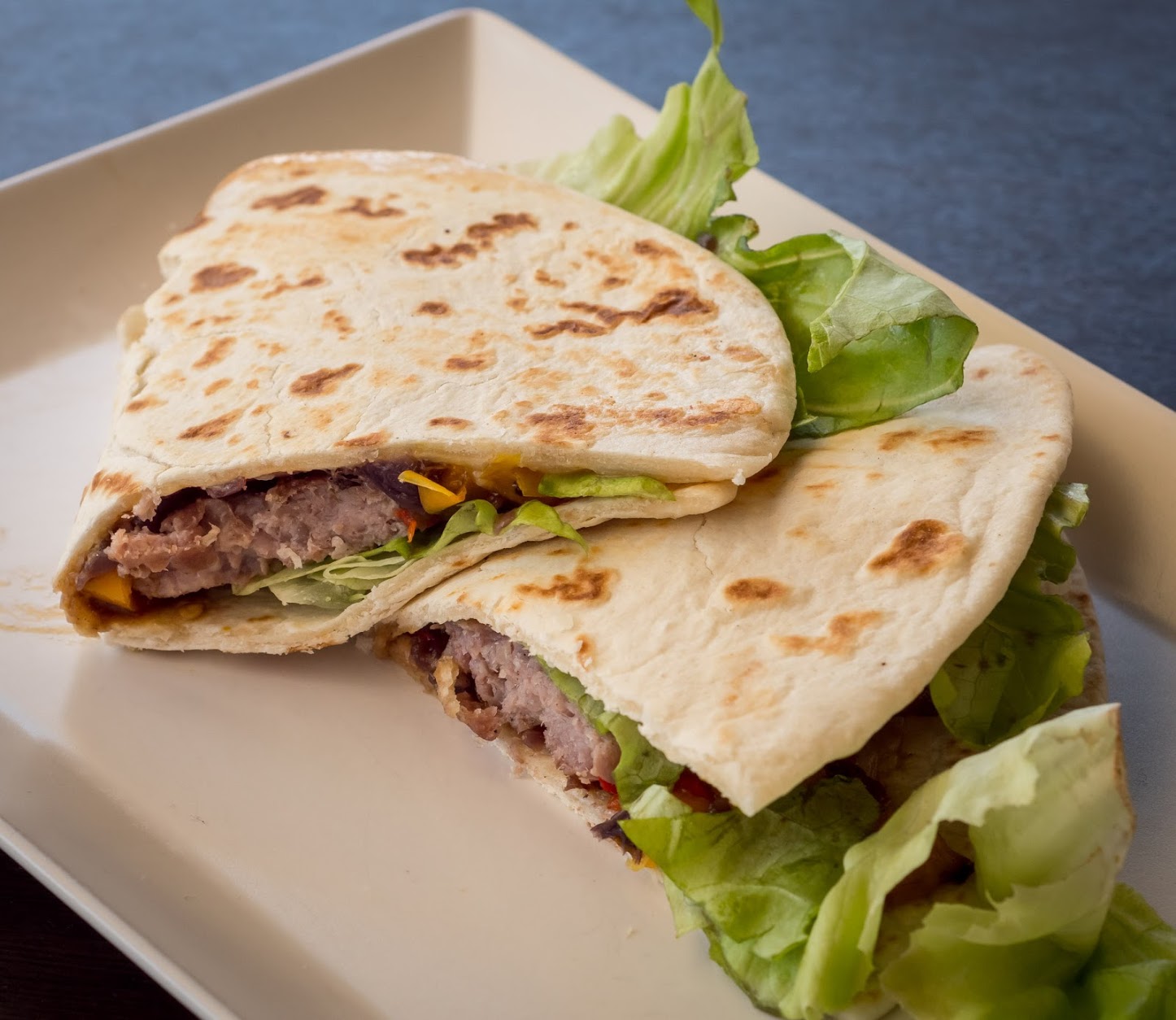 The ingredients are few and belong to the “poor” kitchen: flour, lard, salt, water or milk. Its thickness depends also on the area where it is produced: thicker in Ravenna, thinner moving southwards to Riccione.

Round in shape, you cut it into slices and put it in a basket at the centre of the table, and then let you instinct and fantasy guide with the filling. Cheese, herbs, vegetables, charcuterie or Nutella: everything fits into a great piadina.

The most renowned dish of the Emilia-Romagna cuisine. Its preparation is really basic but the results are extraordinary: for the pasta flour and egg, for the filling pork, beef, sausage, tomato, carrots, celery, onion, extra virgin olive oil, white wine, salt and pepper. 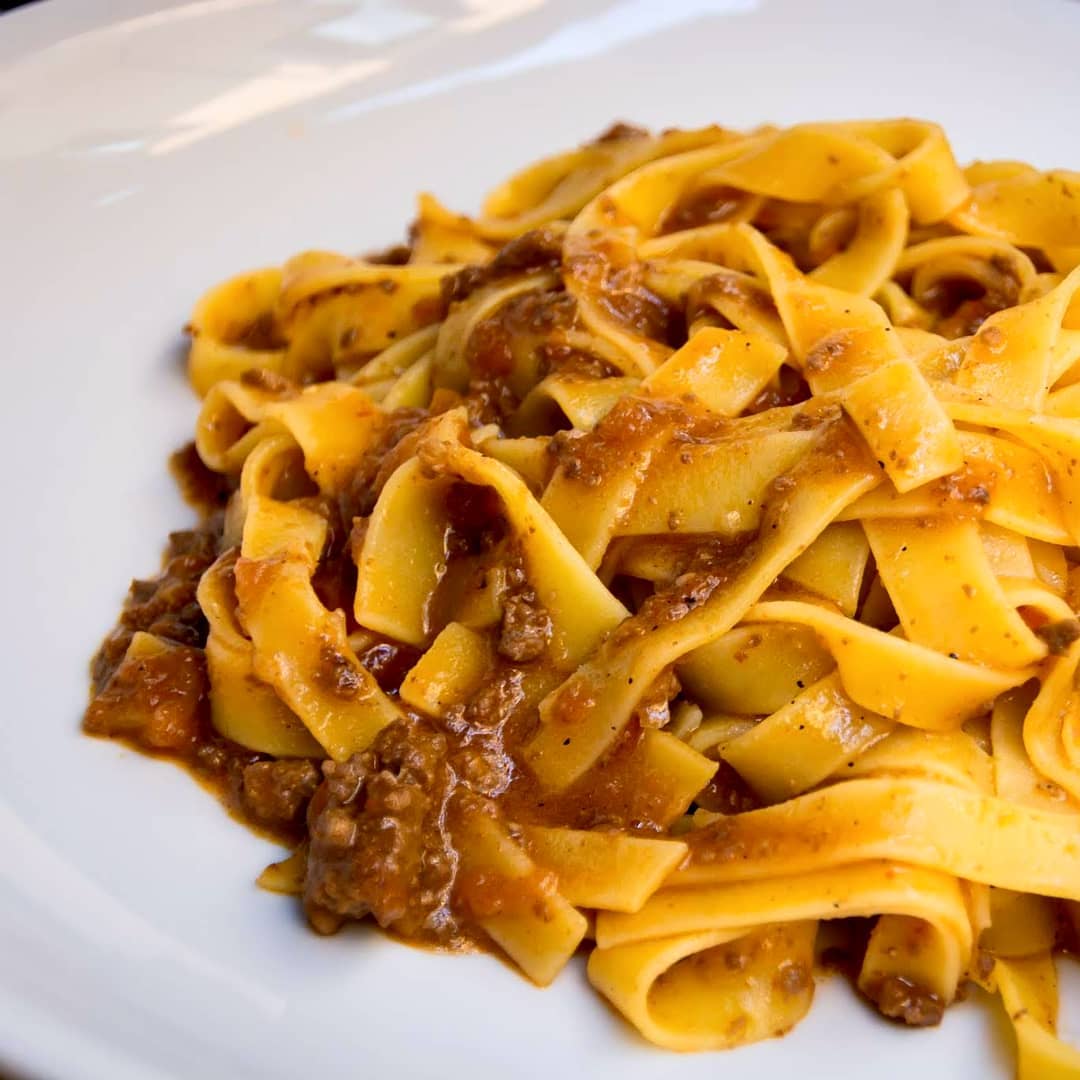 One tagliatella may lead to another, and when the plate is empty, you clean it up using piadina to sponge up the sauce. A piece of advice: always match tagliatelle with a generous glass of Sangiovese DOC red wine

Not a typical dish of Romagna, but it’s rare not to find it on a Table with capital T. Raw fennels, radishes, carrot, celery: raw vegetables dipped in an oil sauce and this is it. This custom allegedly dates back to the Renaissance and despite the many variations the classic one is still on top – olive oil, salt and pepper.
For vegetarians and not only. 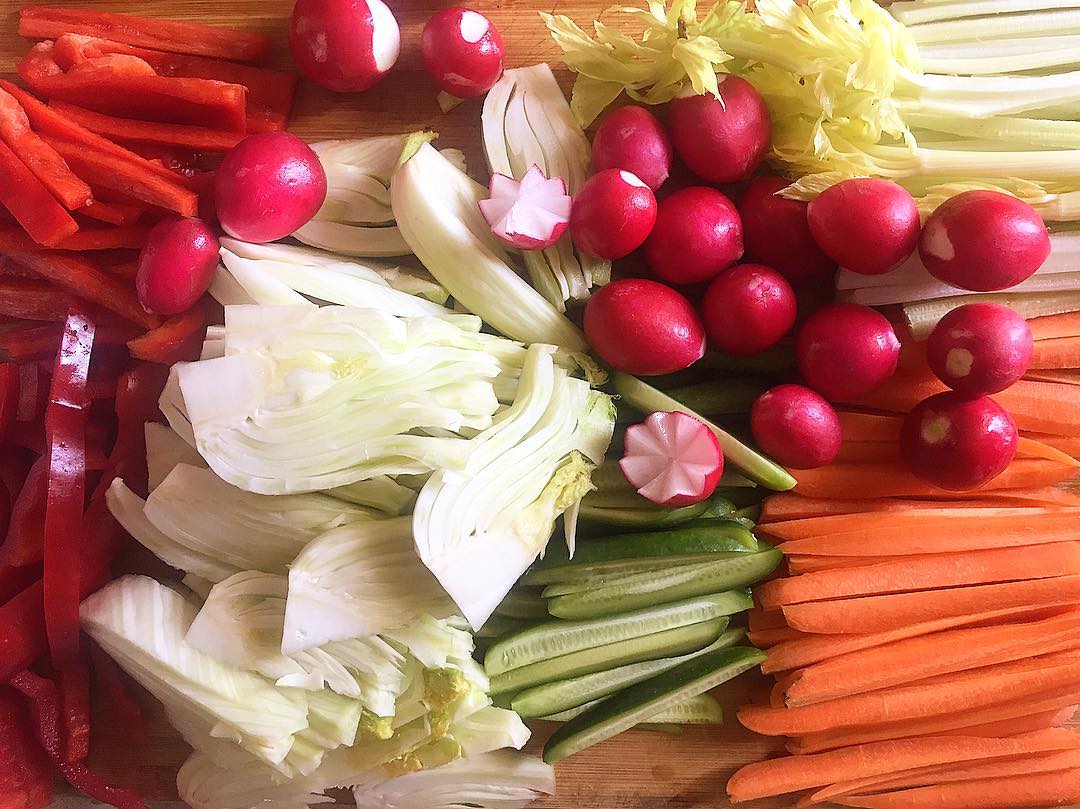 Pinzimonio. The dish of gods and vegetarians | Pic by @katarinaraniakova, via Instagram

I’m fully aware that fish skewers are not an exclusive plate of Romagna, but when my Milanese friends visit me it’s the second thing they ask for (after piadina). Wherever you go, from the Lidi Estensi in the province of Ferrara to the bathing establishments of Riccione, small stands on the beachfront are serving fish skewers take-away: king prawns, squids, breadcrumbs, parsley, garlic and oil and there you have the perfect dish. 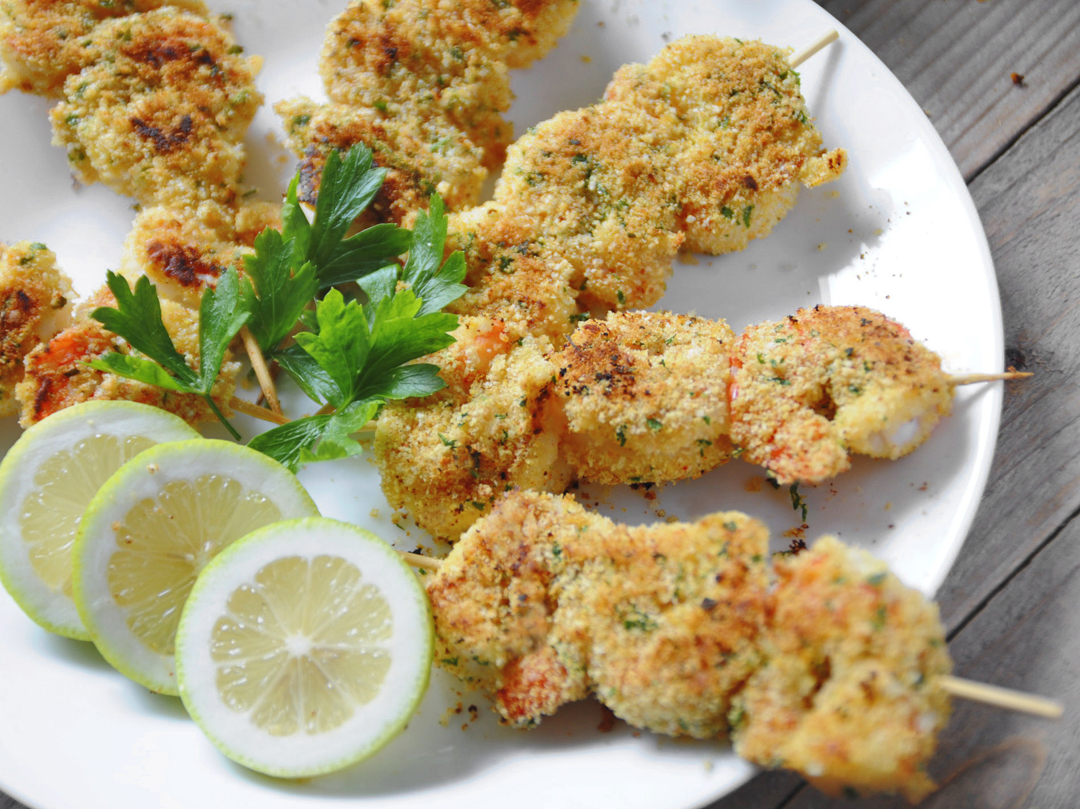 Grilled skewers: something you can not say no!

It’s not a sardine, it’s not an anchovy, it’s just a saraghina – dialect: saraghen. This type of oily fish that is eligible for the crown of symbols of Romagna, in fact even director Federico Fellini named one of the characters of his film “8 e mezzo” after this fish. 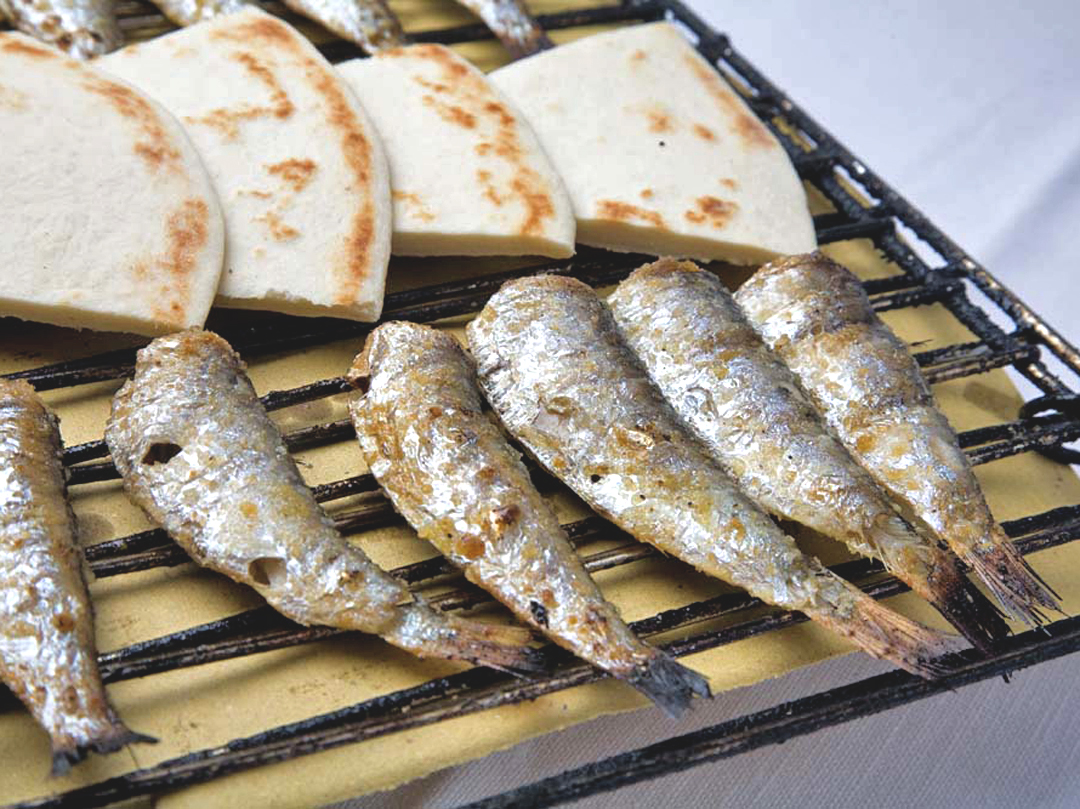 Saraghina. A jump from grill directly to heart

It’s perfect on croutons for fancy aperitifs or delicious appetizers, it completes the sauce for pasta as main dish, but the reign of the saraghina is the grill. Clean it and season it with salt, pepper, olive oil and roast it on breacrumbs, let it grill for 5 minutes and then serve it hot to your guests: the meal of they life.