Dozza is a small town in the heart of the Bologna area on the border with Romagna, that is familiar to street-art aficionados for its murals and to wine buffs for the Regional Wine Shop. Dozza is a member of I Borghi più Belli d’Italia, the association of Italy’s loveliest small historic towns, of which there are 13 in the Emilia-Romagna Region.

Medieval Dozza perches on a hill not far from Imola overlooking the River Sellustra valley, surrounded by vineyards and gently rolling countryside. The fulcrum of the old town, with its characteristic linear form, is the mighty Sforza Castle, with the shops and houses spread at its feet.
When you enter the town, the murals illuminating the walls of the buildings are so breathtaking that you hardly know where to look first. To make sure you don’t miss even one, you can download the Muro Dipinto (painted wall) app.
Our advice would be to begin at the Castle, perhaps with a visit to the Regional Wine Shop (closed on Mondays) to sample some choice beverages, then dive into the warren of vibrantly painted narrow streets. If you adore art and are wild about wine, then Dozza, just a short hop from the Via Aemilia, is a trip not to miss.

The name Castrum Dutie, as Dozza was once known, comes from the Latin for “shower”, or rather a conduit feeding water into a tub or tank for the populace to use. The first inhabitants were the Gauls, followed by the Byzantines and finally the Carolingians; the town became a free municipality only in 1150. Part of the domain of the “Lady of the Romans”, Caterina Sforza, the Castle was the home of the Malvezzi and Campeggi families for over four centuries (1528–1960). More recently, in the dying months of World War II, it was the scene of clashes between Allied forces and withdrawing German troops as the Gothic Line collapsed. 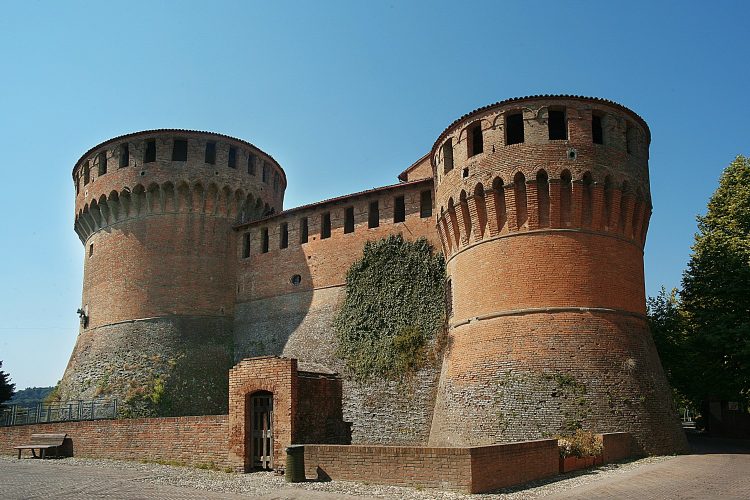 Don’t miss the Sforza castle. This medieval structure was turned into a fortified castle by Caterina Sforza and then used as a noble residence during the Renaissance. It is open to the public as a museum.
There are three tours: the Medieval and Renaissance Castle, the Renaissance Residence, and the 18th-century Residence. The kitchens and walkways, the prisons and towers, and the rooms on the main noble floor have stories of princes and princesses to tell. The guided tour includes the rest of the town, too.
The Regional Wine Shop, inside the Castle, is a worthy location for an emporium of oenology. It leads you into a world of the Region’s typical vines and wines. In the vaulted cellars, you can enjoy guided wine tastings with a sommelier or a themed evening with traditional regional delicacies.
Dozza is, in effect, an open-air art gallery, the product of the Festival of the Painted Wall. The town’s streets are a perfect symbiosis of its history and character, the atmosphere of yesteryear and the undulating landscape round about. Among scenes of everyday life, dreamlike visions, fantasy characters, comic-book tributes, and patriotic and floral images, you will have a hard time deciding which mural is your favourite. But you are sure to come home with a headful of beautiful images from this al fresco gallery of contemporary art. And if you visit in September in a Biennale year, don’t forget that in the lead-up to the grand opening, you can watch and even chat to the artists while they work.

Enjoy the natural spectacle of Val Sellustra, Santerno and Sillaro by bike, then take a break for some cultural and gourmet pursuits in town.
Test your skills at Le Fonti Golf Club, one of Emilia-Romagna’s various 18-hole courses.
Feel the wellness in the waters in nearby Castel San Pietro, and enjoy the local culinary delicacies.
Visit the Castle, climb the tower, and admire the landscape wreathed atmospherically in wisps of winter fog; then enjoy a tasting at the Wine bar and finally a hearty traditional meal in one of the town’s fine eateries.

May (first Sunday), the Wine festival: the whole town celebrates in honour of Bacchus and the local Albana grape.
September (third week, odd years), the Biennale of the Painted Wall: the town’s signature event for over 50 years. The event has doubled in scope since 2007, when the murals of old Dozza were joined by works by writing artists and wall painters, including Eron and Ericailcane, in the outlying hamlet of Toscanella.

Here in the heart of Emilia-Romagna’s food valley, Dozza produces its own handmade pasta, from tagliatelle and garganelli (“combed” macaroni, rolled out on a special frame) to the tortelli filled with ricotta and sage or ragù. The array of cheeses includes the highly scoffable soft squacquerone or mature pecorino di fossa sheep cheese, eaten often not with bread but in a piadina wrap. The fine local wines include the red Sangiovese and Albana and Trebbiano among the whites. 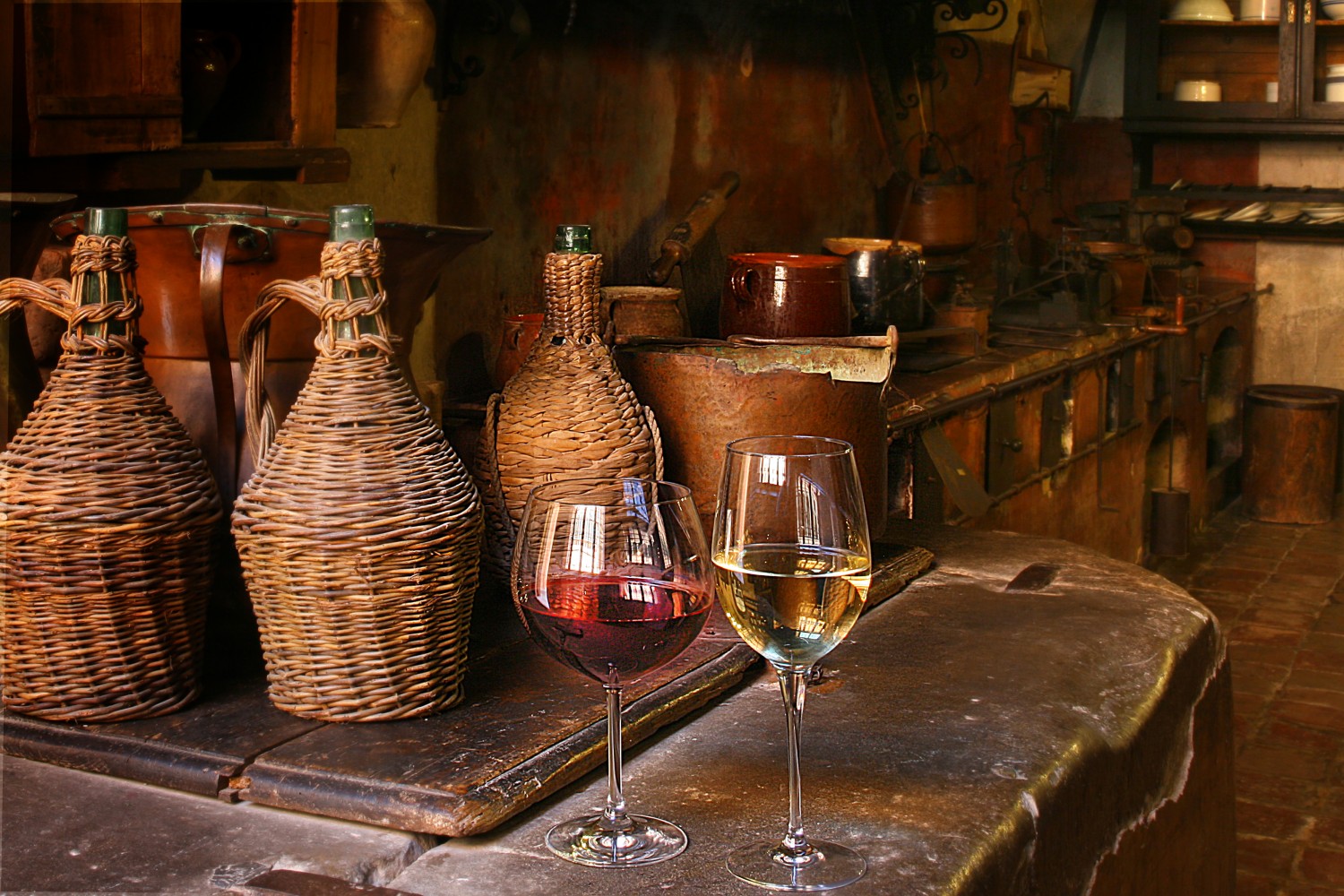 How to reach Dozza 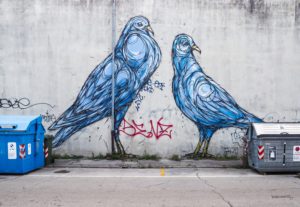 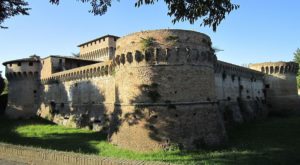