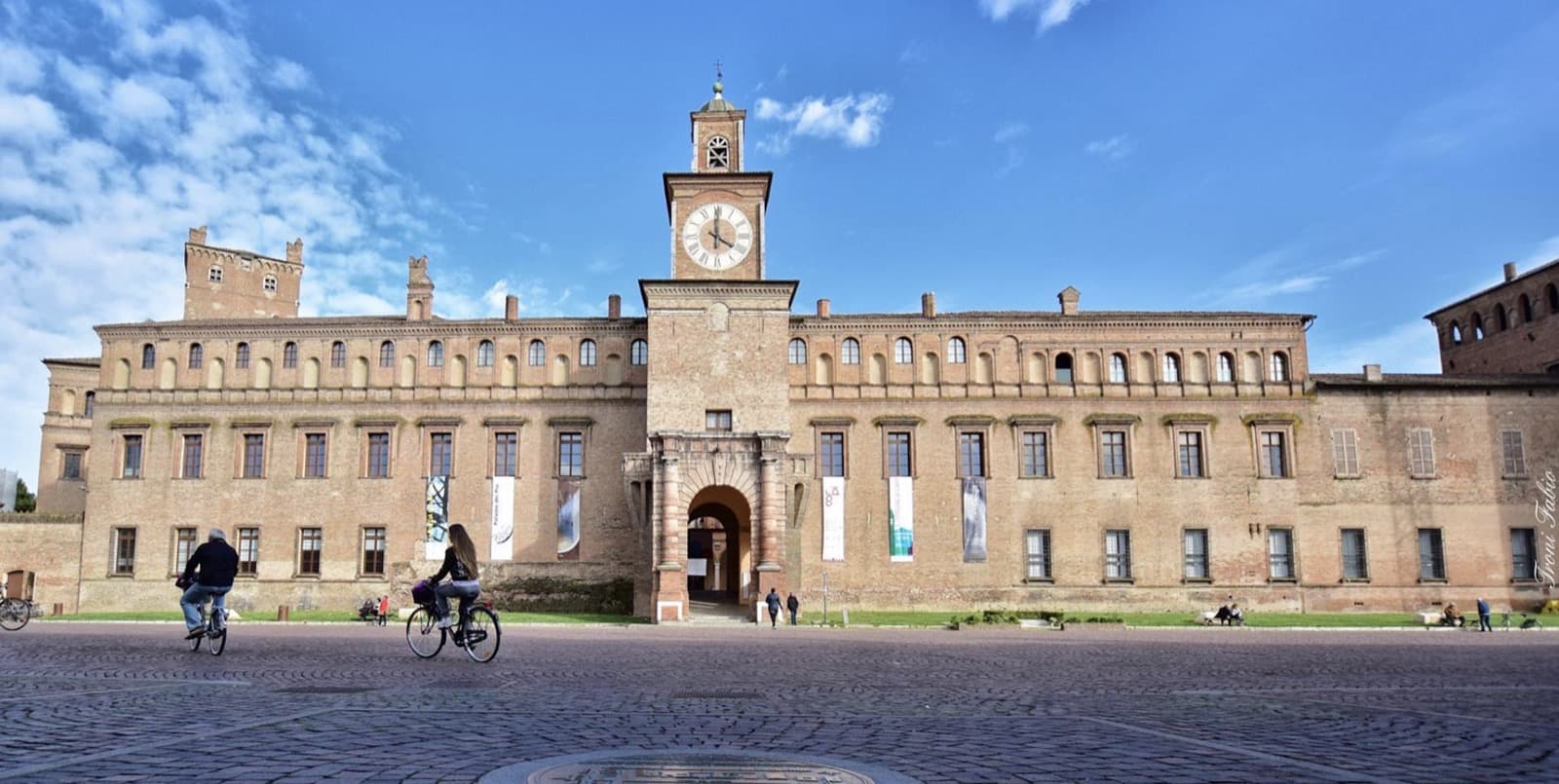 Throughout the centuries, Italian Squares were used to sale local products, to administrate the justice and to celebrate civil & religious cults, and they represented the main part of the city life.
In Emilia Romagna, these huge spaces in the city centre had another particular function: the town squares are connection points along the major regional road – the Via Emilia.

Below you find 5 of the most important squares that you should not miss during your trip throughout Emilia Romagna. 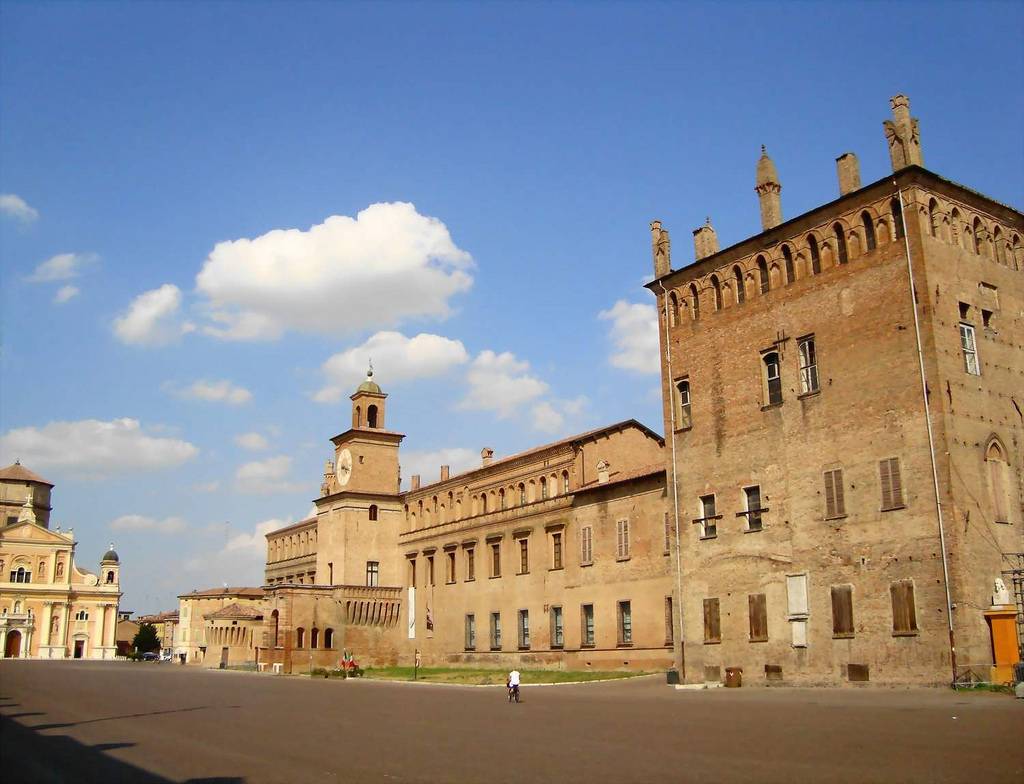 It is one of the largest squares in Italy and is an almost perfect rectangle placed in the exact center of the city and like any Italian square, it includes the Palazzo dei Pio (symbol of the temporal power) and the Duomo (the symbol of spiritual power). 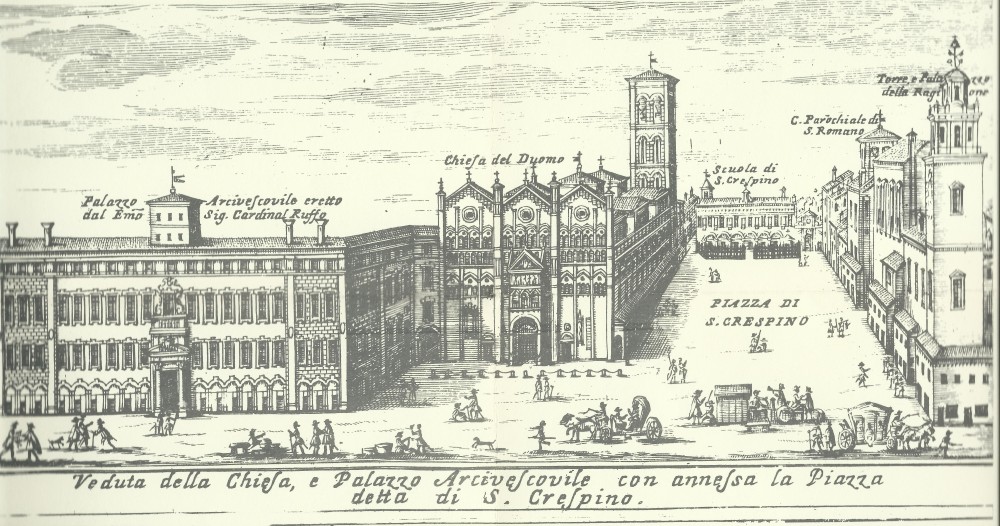 Here is a place that remembers the Venetian squares, even in the original name which was “Piazza delle Erbe“. It was conceived during the medieval period, simultaneously with the Cathedral and from that moment assumed the value of the city center. Along the side of the Cathedral, as they use in Veneto, it runs the Loggia dei Merciai, once dedicated only to the shops of the merchants. 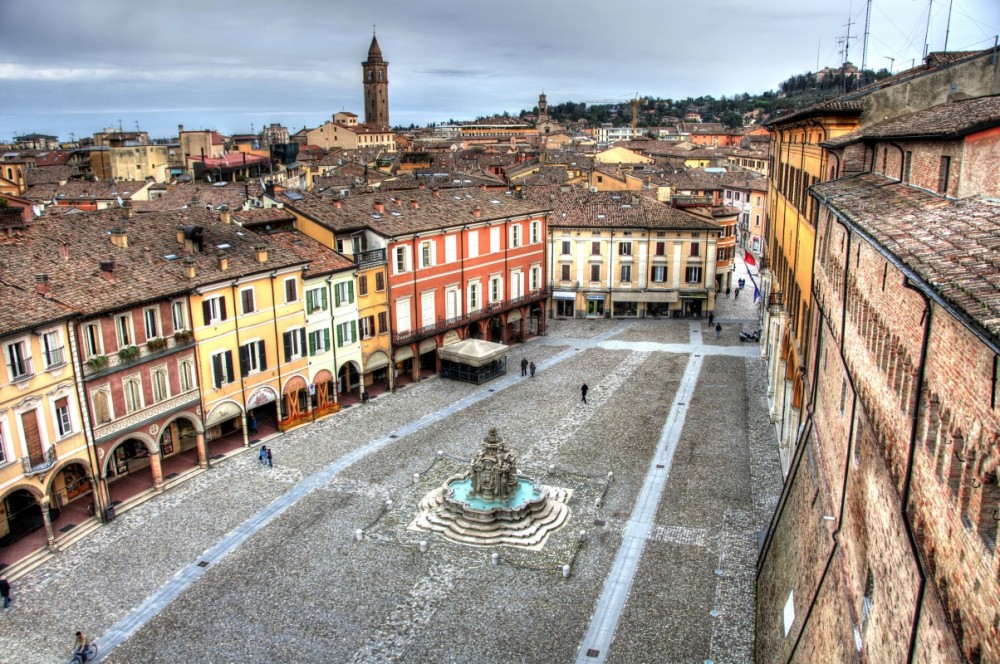 Formerly called the Lower Square, it was located right alongside the route of the Via Emilia. The realization in today’s design came from Andrea Malatesta, who in 1400 tore down part of the hill on which stands the fortress. During the centuries it was the headquarter of the “Signoria“, then of the Pontifical Government and finally in 1722 it was destined to the Municipal Administration. 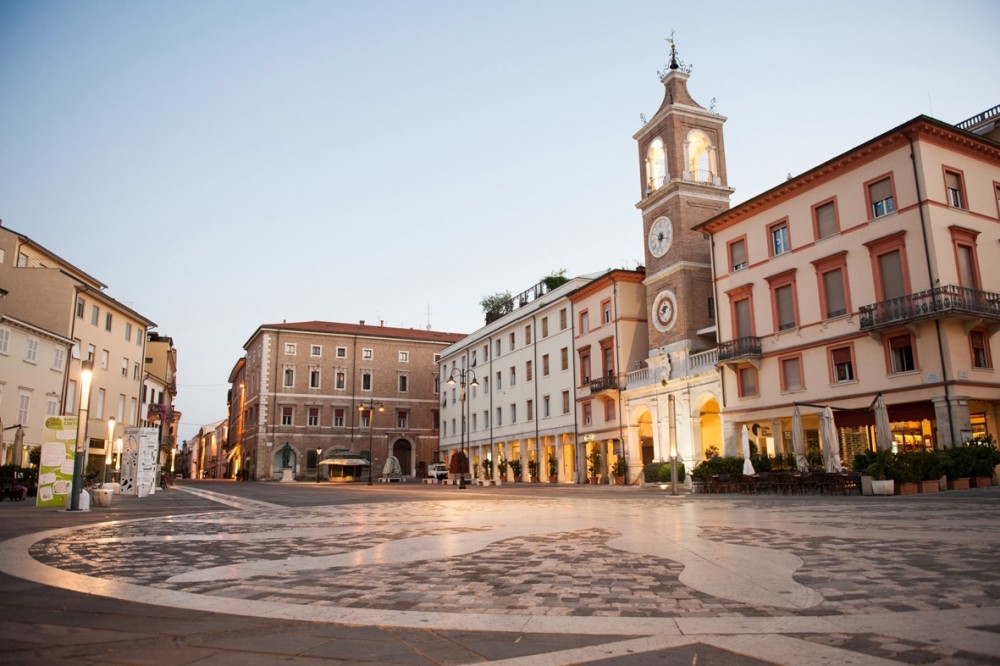 It is one of the few places in Emilia Romagna that is placed precisely in the site of the ancient Roman Forum. It is also known as Piazza delle Erbe and once was the home of the city market and Knightly tournaments. On the Eastern side of the square it can be seen the column of Julius Caesar, celebrating speech that here Julius Caesar turned to the roman soldiers of the thirteenth legion after they crossed the Rubicon River.