Surrounded by rolling hills full of vineyards, oaks and fruit trees, a small, pretty village, which has become part of the Authentic Villages of Italy, rises a few km from Vignola.
We’re talking about Savignano sul Panaro, in the Modena hinterland: land of ancient stories and excellent food.

In fact, in the second half of the nineteenth century some finds dating back to prehistoric times were found, in particular the remains of the skeleton of a Pliocene elephant and a statuette of Venus dating back to the Upper Paleolithic.

The Elephant was found in the autumn of 1980 in the Bocchirolo area, north-east of Savignano, and today it is kept in the Elephant Museum at the local Civic Center.
Venus, a small 22.5 cm sculpture dating back to 25,000 years ago and carved in a hard yellow / serpentine green stone, was found in 1925 in the Prà Martin locality, in the hamlet of Mulino di Savignano sul Panaro, and today it’s preserved at the Pigorini Museum in Rome.

Taking a leap to a more recent era, the village was first owned by Matilde di Canossa then, between 1400 and the first half of 1500, by the Contrari Family, before following the same fate as Vignola ending up under the control of the Boncompagni in 1577.

A visit to Savignano sul Panaro certainly starts from the upper part of the town, the medieval one characterized by the Castle, accessible by Via Crespellani, a road paved with river pebbles that winds through the village.

Among the ancient houses, now renovated, some towers stand out, such as the ancient Torre della Guardia of the second vault, which constitutes the access to the safest part of the Castle, and the Torre del Cappellano, to guard the ancient city walls.

Among the places not to be missed in the historic center we also recommend:

Other places worth visiting are:

In addition to the visit to the historic center already mentioned, there are many green itineraries that develop around Savignano sul Panaro, which can be traveled on foot or by bicycle throughout the year.
Among these itineraries we mention the 3 nature trails: Mostino route, the Monticelli-Montebudello route and the Acqua Fredda route.

The Via delle Querce is instead an interesting hilly area that flanks the Bazzanese state road to the south-east and hides a luxuriant concentration of gigantic oaks, so that some specimens can be considered real monuments. 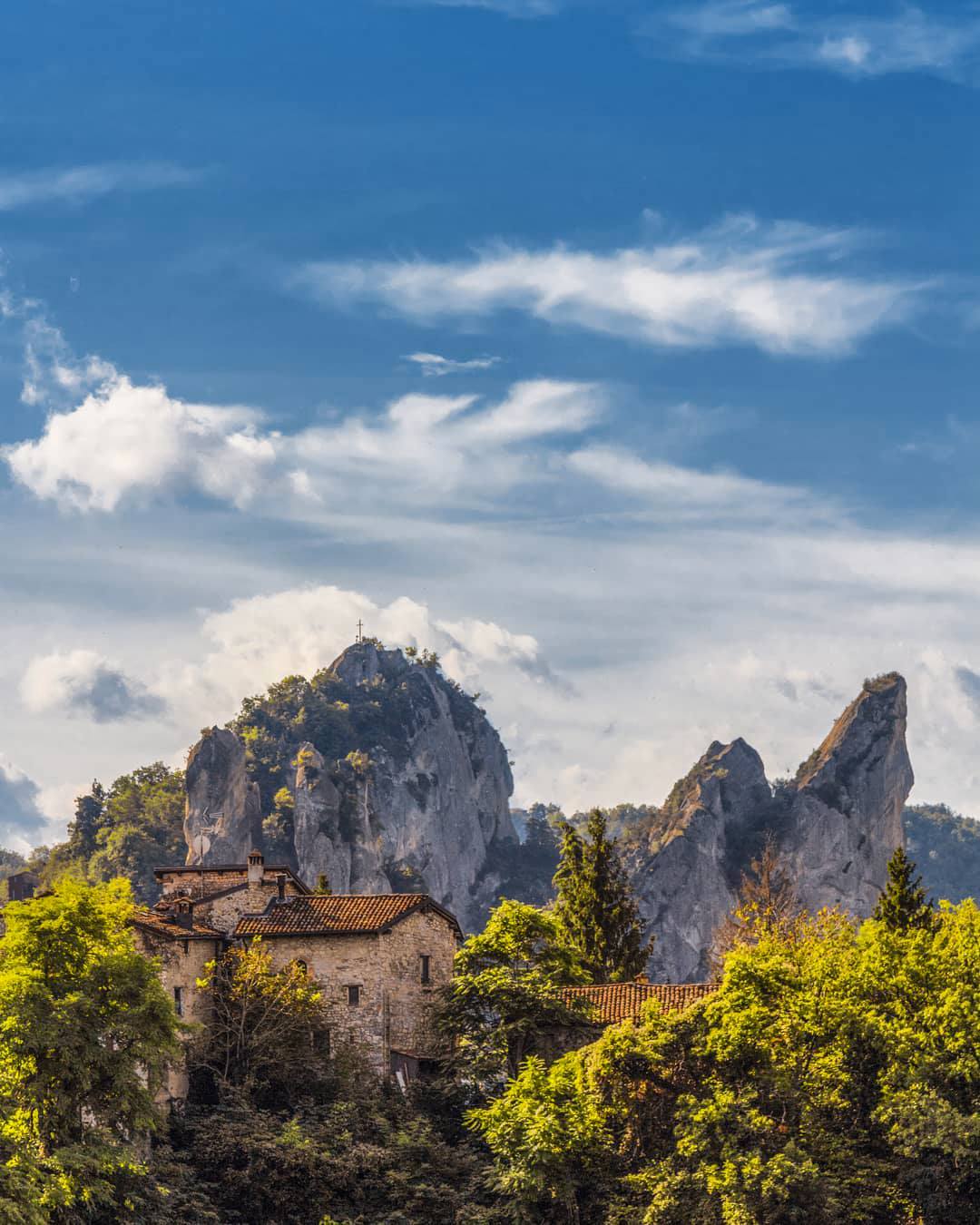 Not far, the Parco dei Sassi di Roccamalatina, with its imposing pinnacles, offers numerous itineraries in the nature.

Nearby there is also the historic center of Vignola, with its fortress, the spiral staircase of the famous local architect Jacopo Barozzi in the Palazzo Contrari-Boncompagni and the municipal Acetaia for the production of traditional Balmasic Vinegar.

Here is a list of the main events that take place every year in Savignano sul Panaro:

Savignano sul Panaro boasts a strong agricultural vocation, also due to the fact that the territory is included in the prestigious Consortia for the protection of Parmigiano Reggiano, Prosciutto di Modena and Ciliegia di Vignola.

Here the typical mountain dishes, such as crescentine and borlenghi, mix with the traditions of the pianura, such as the Traditional Balsamic Vinegar of Modena and the Nocino liquor.

But Savignano is also famous for its wine production, knows already in the first centuries of the year 1000, as evidenced by the numerous requests for “bruschetto” wine from Savignano by bishops, abbots and Matilde di Canossa herself; currently there are 11 vines grown in the area, all recognized with DOC certification. 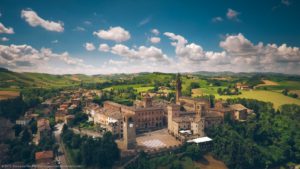 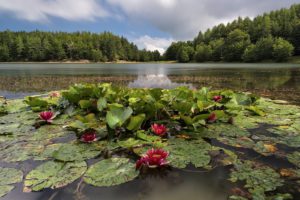