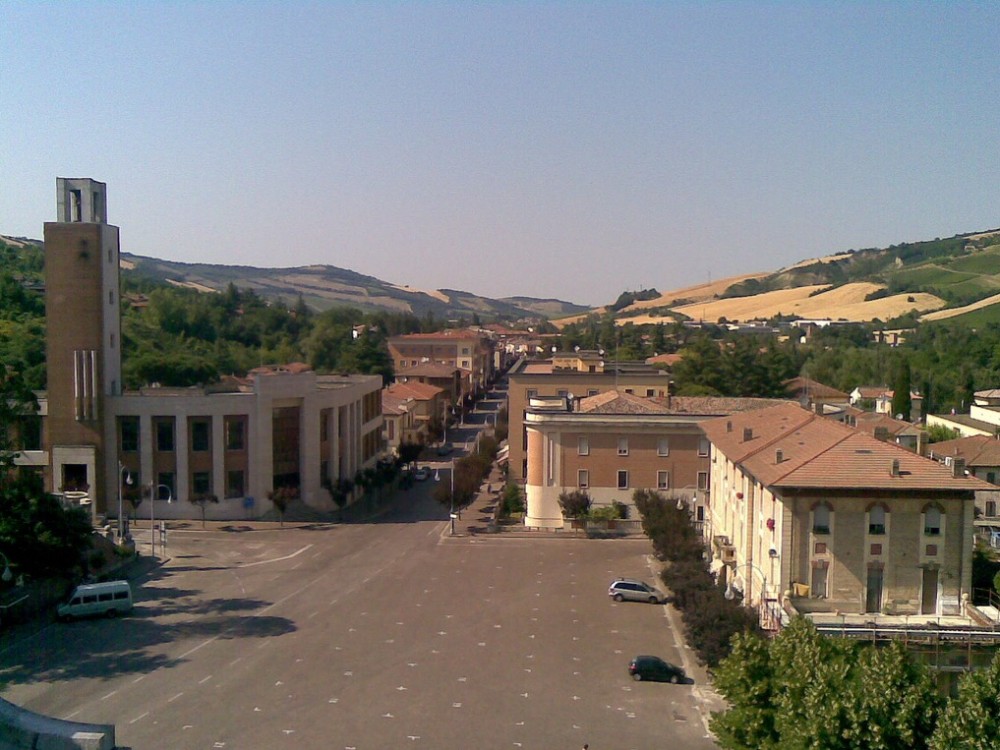 Predappio in a corner of Romagna 9 miles from Forlì, is famous as the birthplace of Benito Mussolini, the 20th-century Italian dictator.

Located in the valley of the River Rabbi, the Village is a member of Borghi Autentici d’Italia, an association promoting the hidden, authentic little places of Italy – towns and villages that are determined to thrive and to create opportunities for their communities.

Predappio is of great historical interest, drawing thousands of Italian and international visitors every year to experience the place where a movement began that changed the world forever.

Geologically speaking, the town dates from the Miocene and Pliocene era; historically, it emerged during the Roman imperial period, when it was just a small settlement.
The Appi family, which Emperor Augustus appointed to govern the region, established the Presidium Domini Appi here, a mouthful that eventually concertinaed down to “Predappio”.
Until the Middle Ages, the village was small and linear, built around the castle that defended the territory.

Fast forward to the 1920s, when Benito Mussolini, who was born a mile or so along the valley in Dovia, decided to create a new town centre after a landslide had left many people homeless. The new centre, originally called Predappio Nuova, is now known simply as Predappio, while the older part up by the castle is now called Predappio Alta (“High Predappio”).

The local architectural heritage falls into two periods: the medieval and the Fascist.

The former includes several castles and fortresses, built to command the strategic uplands and to ward off enemies. A fine example is High Predappio castle, a vital hub in the Middle Ages as both a defensive bulwark and the heart of the community, on an outcrop known as Pudinga. At the foot of the castle, we can explore the old wash house and a web of little streets laced with history and character.

Predappio’s main monument from the Fascist period is the Casa del Fascio. A tall building in brick and Roman travertine stone, it vaunts an impressive tower with a huge bell similar to the belltowers of the Middle Ages. The same architectural style can be found in the post and telegraph building, the health centre, the military-police station, the food market and Palazzo Varano, which stands on a rise in the town centre amid a lovely park.

Another visitor attraction is Benito Mussolini’s birthplace in Via Varano Costa. This stone house has been restored and opened to the public and is used for history exhibitions. Mussolini’s grave is one of the town’s main tourist sights, attracting history buffs and nostalgists every year from all over the world.

In winter, the forests and the green hills with their white blanket are a delight for trekking with friends. After all that exercise, it’s time to relax in a good wine bar.

In spring, Predappio has a clutch of food and wine festivals to tempt you, but if cycling and the great outdoors are more your bag, you couldn’t pick a better time to visit. Here’s another interesting route.

In summer, if you can’t stand the heat, plunge your feet into the River Rabbi, read a good book, go fishing, or just enjoy the sights, sounds and smells of the Romagna countryside.

In autumn, besides the many wine events, go off horse trekking or explore the forests for truffles and mushrooms.

In the Christmas time (from 25 December to 31 January) the unique traditional nativity scene in the Solfatara Caves.

The 2nd Sunday of May Mototagliatella is a popular rally for bikers who like good food.

From June to September, a rich calendar of events (from cinema to theater, from music to children’s shows) liven up the summer evenings.

In the first week of September, the Three Days of Sangiovese, during which you can find a rich calendar of initiatives dedicated to food and culture, aimed to celebrate the local Sangiovese wine (in collaboration with the Terre di Predappio Association).

At the end of September, the Festa della Mostatura with wine and food stalls, followed by the traditional Festa dei Vignaioli in the charming square of Predappio Alta.

Romagna is steeped in food and wine traditions, from home-made pasta to luscious red wine. Predappio has an excellent wine pedigree, and the robust local Sangiovese can be enjoyed in the area’s various wine bars and taverns.
These green hills are cultivated by many wine producers who export their fine nectar all over the world.

The old oak tree on Via Berleta in the Montemaggiore hamlet, standing 22 m tall and with a girth of 5.8 m, is the “big daddy” of Predappio’s natural world.

The town is the birthplace of many famous Italian figures of the 20th century, from cyclist Marino Amadori to artist historian Andrea Emiliani, musician Ivano Nicolucci to painter Benito Partisani, along with politicians Vittorio Emiliani and Pino Romualdi.

But the biggest name of all is surely Benito Mussolini, journalist, politician and Italian dictator from 1925 to 1943.

How to reach Predappio

From Florence: SP34 and SS67 towards San Godenzo, then SP9ter towards Premilcuore and Predappio – 100 km.

From Rome: A1 towards Florence, in Orte take the exit for E35, then SS3bis towards Perugia / Cesena, at San Piero in Bagno take SP26 towards Forlì, then SP24 and SP9ter towards Predappio – 320 km. 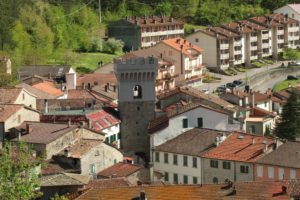 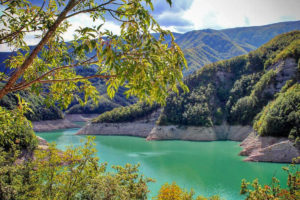 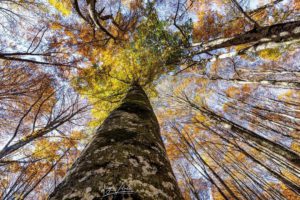