As many of you may already know, the remains of the Father of the Italian Literature Dante Alighieri are preserved in Ravenna in a temple built in the 18th century.

We are in the city centre of the ancient Byzantine capital, in front of a little structure in a Neoclassical style that every year sees crowds of tourists coming from every spot of the world to homage the Supreme Poet. 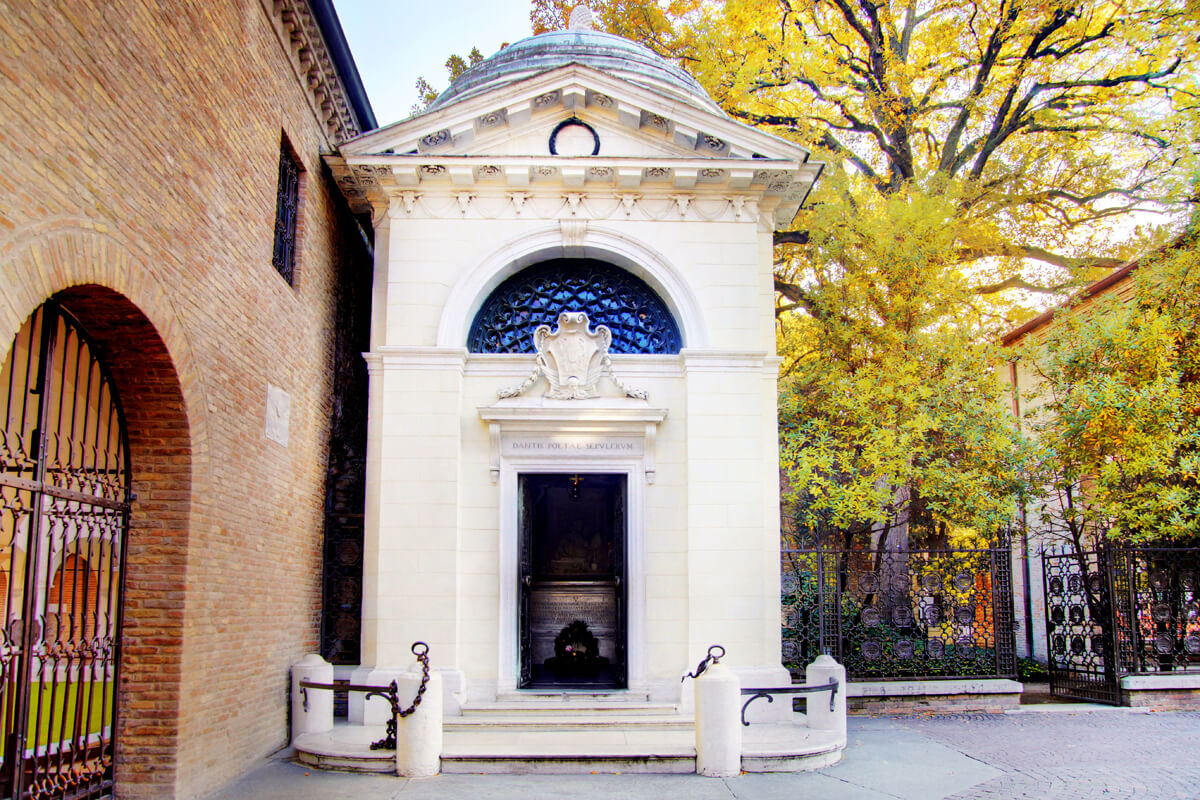 The entire area is tied to the memory of Dante, and closed to it are many tracks that witness his stay in the city.
The “Zona del Silenzio” – the so-called Area of Silence – comprises the Old Franciscan Cloisters, the Basilica of San Francesco, the attached Quadrarco di Braccioforte, Dante’s Museum and many other traces left by the flow of time and memory. It’s an indelible presence in Ravenna, that made of this place a place of interest for the city itself and its community.

There is, though, a strange mystery hovering around the remains of the Father of the Italian language that only a few know, even among the Ravenna people, and that has left unsolved many questions for a long time.


But let’s step back a little, back to 14 September 1321, the day Dante died in Ravenna after having contracted malaria while returning from a diplomatic mission in Venice. The solemn funeral took place in the Basilica of San Francesco, a very special place to the Poet, and his body was laid down in a marble sarcophagus outside the church, near the walls of the Franciscan Cloister. 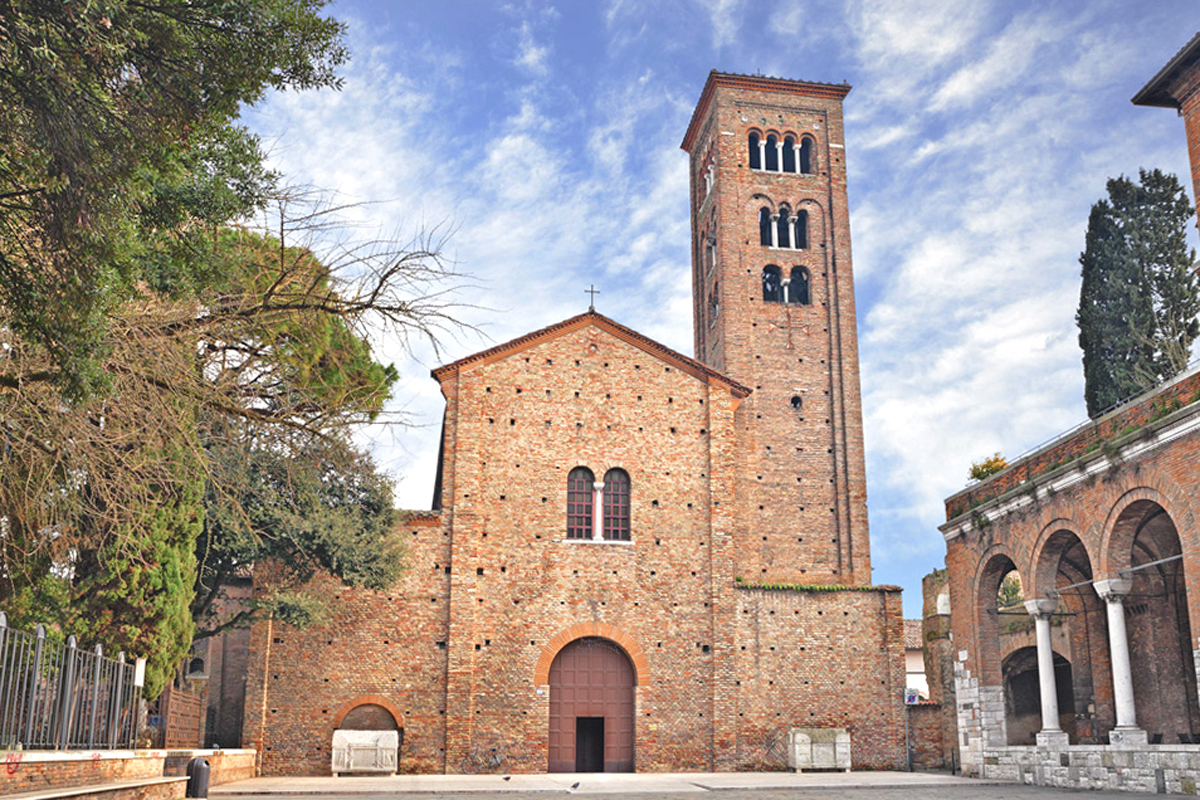 For almost two centuries the situation remained the same, despite the efforts of Florence to bring back the body of its eminent fellow citizen, the first time after 75 years since his death and later, in 1428 and 1476. They finally almost succeeded in 1519, but something went wrong: the pope of that time Leo X, born and raised in Florence (his father was Lorenzo the Matgnificent), authorised the demands of the Accademia Medicea of moving the remains of Dante to Florence.
Among the signers was even Michelangelo, who offered to build himself a funeral monument worthy of the Poet’s greatness. Everything seemed settled and Ravenna could not resist the Pope’s will, since Ravenna was part of his territories. But when the ambassadors opened the sarcophagus, there was no track of Dante’s remains and the tomb was empty.

Who snatched the body of the great Poet? Who dared to make this unforgivable theft at night?

Despite the inquiries and the thousands of conjectures that lasted almost two centuries, the mystery stayed unsolved and the remains were given for lost.

The truth came out only later in 1865 when, while tearing down a piece of a wall near the Chapel of Braccioforte, a wooden box was found. In appearance anonymous, it bore the writing “Dantis ossa (…)”. Today, the box is preserved insided Dante’s Museum.

Apparently the monks, when the pope’s delegation was about to arrive in 1519, in order to prevent it from taking the remains of the poets away from Ravenna, made a hole on the tomb’s side leant against the Franciscan cloisters and took most part of the remains. They were kept inside the cloister and were jealously hidden. 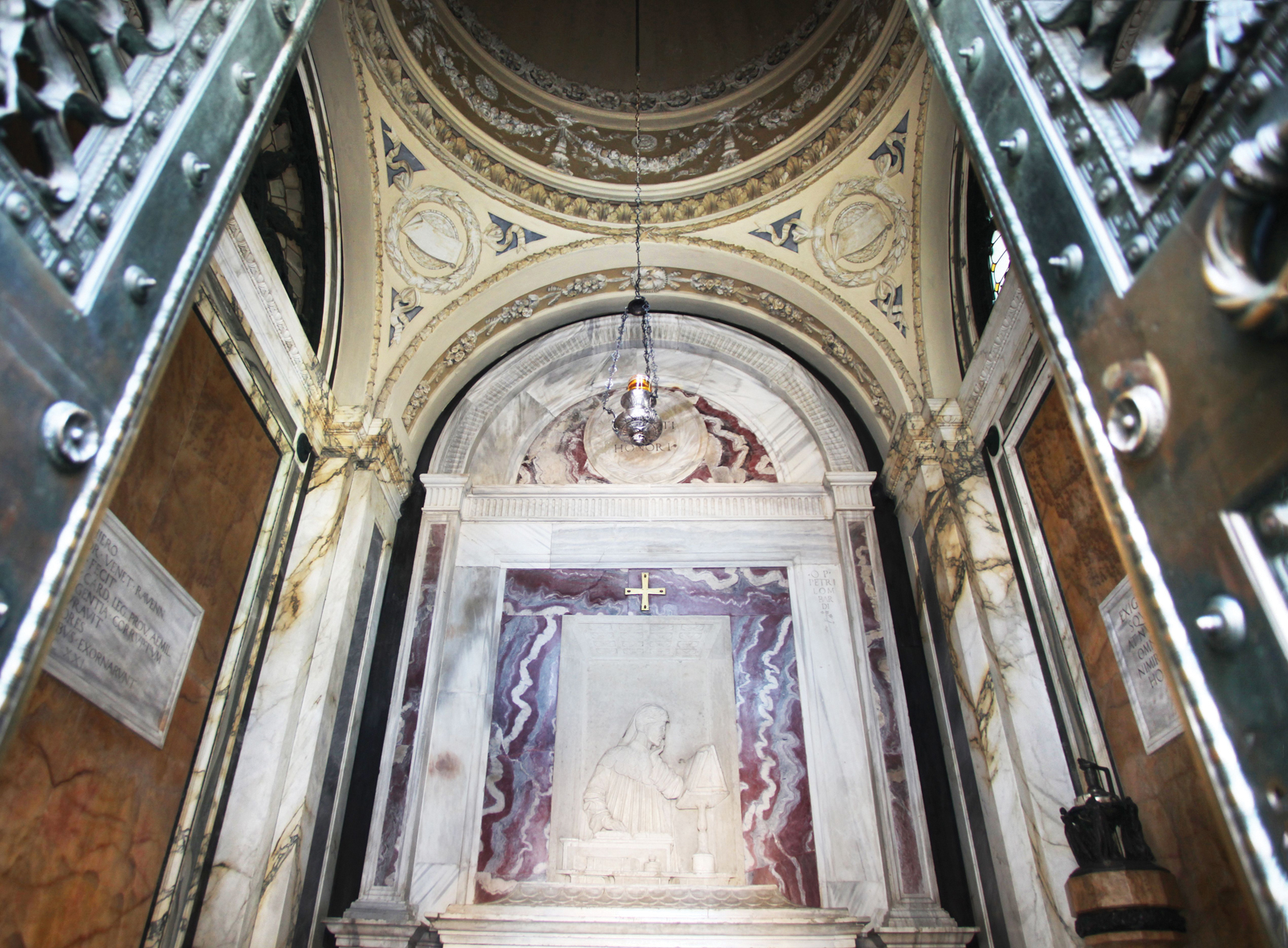 In 1780-81, on the occasion of the construction of the current tomb, the remains were placed again in the original urn, but for a very short time. In 1810, because of the Napoleonic Code, the monks were forced to leave the cloister, but before, they hid the box with the remains in a walled up door of the Quadrarco di Braccioforte.

They stayed there until 1865, when the box was accidentally recovered.

On that occasion, the body was reassembled and displayed in a glass urn for some months, then entombed again inside the Morigia temple.
From that moment onward, not counting the little movements during WWII to avoid destruction, the remains of the Supreme Poet haven’t been moved, writing the word “End” after an adventurous story that has shrouded in mystery the remains of the Supreme Poet for centuries.