Just a few kilometers to the renowned beaches of Romagna rises the Misano World Circuit Marco Simoncelli, a motorcycle circuit that in its 45 years of history has supported the growth of the motorcycle sports movement, constantly confirming itself as and one of the world’s fastest motorcycles circuits. Misano Circuit support and promote nowadays an activity that also has a sporting, cultural and social value of the territory and motorsport.

Designed by the engineer Cavazzuti, under the aegis of the ubiquitous Enzo Ferrari, the Misano Circuit was tested on August 4, 1972, coming from the early years an hot spot of motor enthusiasts. At the time of its construction, the circuit was about 3,488m and it was equipped with small outdoor boxes, not destined for intensive use by international teams. Nevertheless, for all the 1980s and until 1993, Misano was a constant stage in the Motorcycles World Championship calendar.

The Circuit of Misano came for the first time in touch with the championship on May 11, 1980, when, as well as GP of Italy coming to GP Nations, inaugurated the motorcycle season with the victories of Kenny Roberts in old 500 class, in front of the Italian Lucchinelli and Graziano Rossi (the Valentino’s father). During these early years, the Circuit of Misano alternated with that of Monza as the seat of the GP of Italy. From 85 to 87, the track becomes the theater of the Republic of San Marino, and along its curves it sees a US dominance in class 500  (two wins for Eddie Lawson e one victory for Randy Mamola) and 4 successes of centaurs in the other categories (2 for Gresini in 125 (’85 and ’87), one for Bianchi in class 80 (’86) and for Reggiani in 250 (’87).

The bikes come back in Santa Monica in 1989 while the last GP which run on the old Misano circuit (before its definitive renovation) dates back to September 5, 1993, still as the GP of Italy where 125 won the German Raudies while in 250 the French Ruggia. The Misano’s GP of 1993 it is sadly noteworthy for what happened on the 10th lap when Wayne Rainey, race leader, and world champion, fell off in the Curvone Misano reporting a spinal column fracture and leg paralysis. For the record, the race was won from teammate Luca Cadalora, ahead of Mick Doohan and Kevin Schwantz. 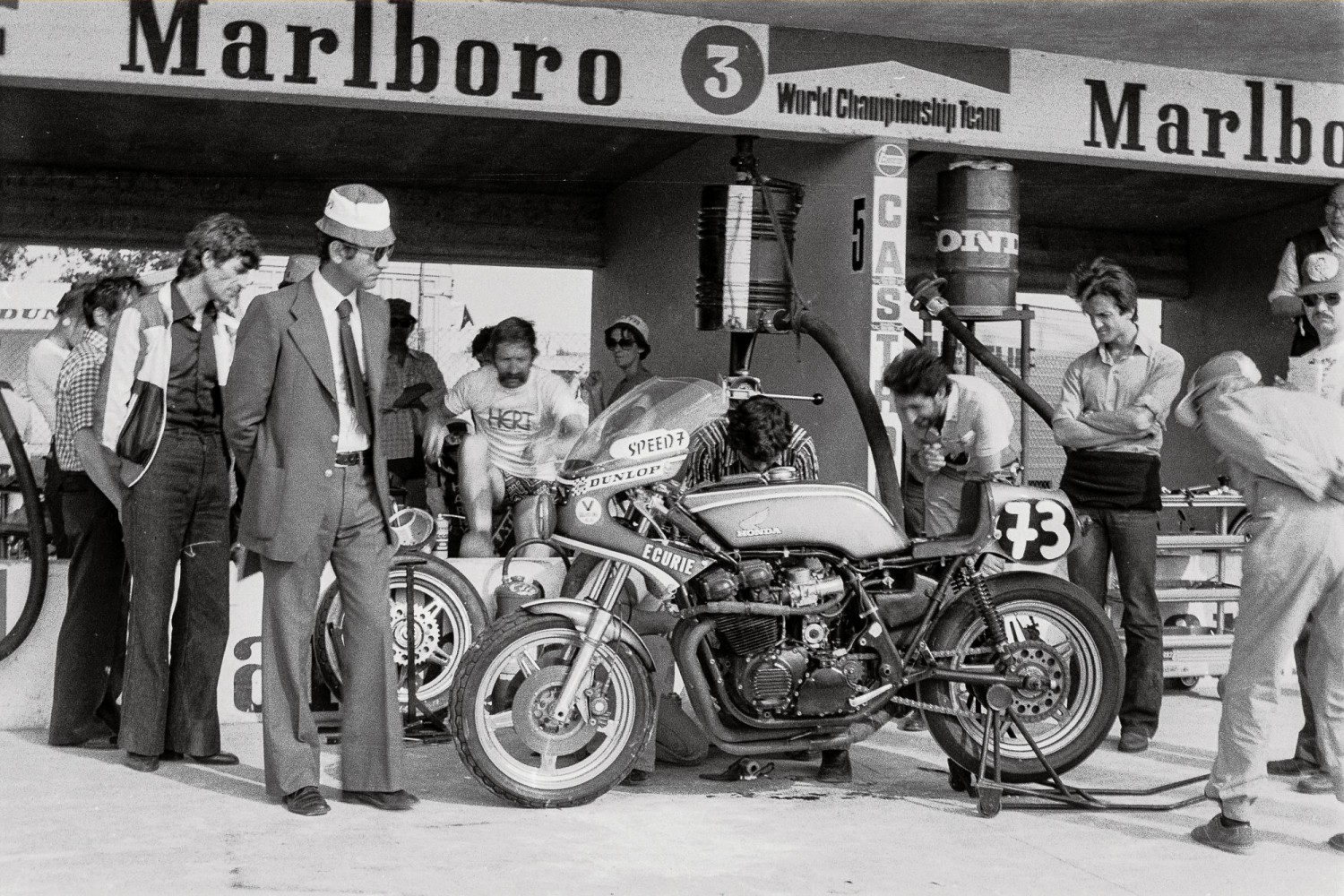 On September 2nd, 2007 the Misano Circuit was reopened for an official test of the World Motorcycle Championship after more than a decade of work to modify the layout (now 4.226 m, with 10 turns on the right and 5 on the left), a decade where new boxes and new forums were planned together with other adjacent structures. The San Marino GP/Rimini Riviera that year ended with the victory of Casey Stoner (Vermeulen and Hopkins), Jorge Lorenzo in the 250 and the home driver Mattia Pasini in 125.
In 2008, Valentino Rossi, the home pilot, takes possession of the race circuit for the Moto GP Championship in front of the Spanish Lorenzo and Tony Elias. A success that will be repeated in 2009 where VR46 comes in front of the Spanish Jorge Lorenzo and Daniel Pedrosa.

On September 5, 2010, saw a real Spanish dictatorship on the Misano Circuit but also saw the tragedy of Shoya Tomizawa, who died during the 12° lap. A Spanish kingdom which was repeated in 2011, when Jorge Lorenzo’s triumphed in MotoGP ahead of the national team Pedrosa and Casey Stoner on Honda; Spanish pilots win also in Moto2 with Marc Marquez (Bradl and Iannone) and in Moto3 with Terol (on Zarco and Vazquez).

After the tragedy on the Circuit of Sepang, where on  October 22, 2011, the pilot Marco Simoncelli lost his life, in 2012 he was renamed ‘Misano World Circuit – Marco Simoncelli‘, in honor of Coriano’s pilot who in Misano had begun his motorcycle career. That same year was the German Cortese, winner of the Moto3 test, that avoided a new Iberian en plein; the Moto2 race saw the third success in a row by the young Marc Marquez, ahead of Pol Espargaro and Iannone; in MotoGP, Lorenzo won again on Rossi and Bautista.

Since 2012, the Circuit has been the headquarter of the San Marino Grand Prix and the Rimini Riviera’s World Motorcycle Championships expanded its overall offer over time. By the end of 2014, the Circuit has in fact added a new structure for engine enthusiasts with the Arena Flat Track MWC, a non-asphalt track built within the track with a length of over 1000 mt. and dedicated to motorcycle and car use. The Arena is today a training circuit for many world champions.

In 2017 the Circuito di Misano Adriatico was the subject of a graphic restyling, which also involved the bleachers, and which embellished it with the colors and shapes of the pilots and the land of Emilia Romagna, which made it even more legendary in the eyes of motorcycling enthusiasts.
The Misano World Circuit Marco Simoncelli can also be visited virtually via the Google Street View app

Although the Misano World Circuit is considered a “Little Racetrack” because of its modest length and its curves in succession, it is one of the most loved tracks of the MotoGP Championship both for the unique environment that people of Emilia Romagna create in occasion of races, both because it is the home track of many riders, both for the challenge and the fun for bikers.
The track is composed by fifteen curves and three short straight lines, the longest of which does not reach the 600m with moderately demanding braking and average decelerations around 1.3-1.4 g, which allows pilots to set different trajectories that offer numerous overtaking opportunities. 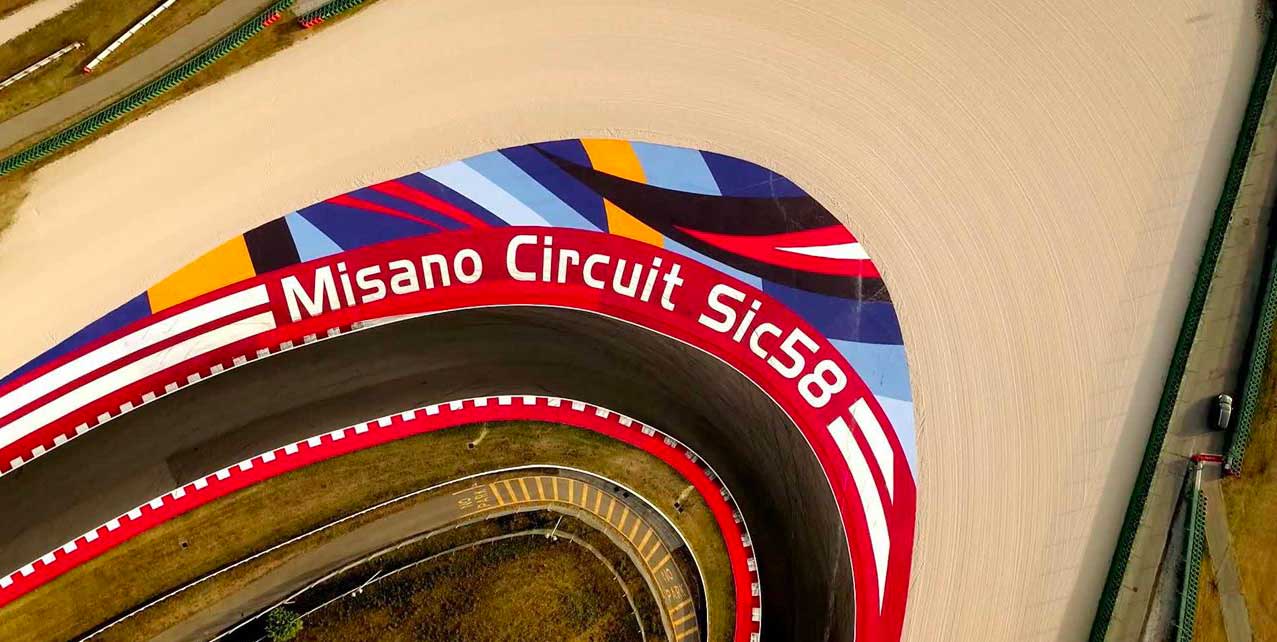 In addition to the MotoGP Championship and the World Superbike Championship, the Circuit is home to numerous races and motorcycle events throughout the year. Here take place the races of the Grand Prix Truck, the Italian Speed Championship, the Porsche Cup and many other events available on the official website.
The Circuit is also open for Free Practice to non-professional users whose occasionally use the Misano circuit for the purpose of fun. These tests take place on pre-festive and public holidays, which are not occupied by sporting and commercial events and they can be booked upon registration on the official website. The Misano World Circuit organizes also safe driving courses and provides the Kart Track and Flat Track to the public.

How to reach the Misano World Circuit

Misano Adriatico is located a few meters from the sea in the center of Italy and good links allow easy access from the center of Europe.
Misano World Circuit Marco Simoncelli can be reached:

Misano Adriatico is easily reached by A/14 Bologna/Bari/Taranto, linked to the main European highways. Exit Cattolica and then drive north on the SS16. Follow the signs to get to the Circuit.

Frequent trains link Misano Adriatico to the main national and international destinations.
From Riccione station is possible to reach Misano by train or taxi. 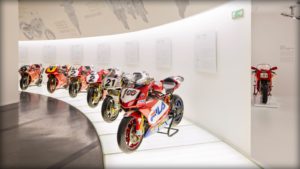 Private: Colors of the World Championship: Aldo Drudi’s creations on exhibit in Milan.

Private: Colors of the World Championship: Aldo Drudi’s creations on exhibit in Milan.