Renovated in 2016 on the occasion of the 90th Anniversary of the brand, the Ducati Museum is now a space set up in the headquarters of the mother factory that tells the socio-cultural context, the facts, the people and the technological innovations belonging to the history of Ducati.
Visitors to the exhibition will finally admire the series of motorcycles and racing bikes that have made the history of the brand, leaving an indelible mark in the hearts of Ducatisti and motorcycle lovers.

The Ducati Museum in Borgo Panigale, Bologna, is divided into 6 different halls which tell the history of the mythical Bologna brand from the foundation in 1926, up to today’s road and race models and it is divided in three different paths: the history of the motorcycles and the socio-cultural context in which it is inserted; the story of racing through the exhibition of motorcycles and trophies and the last track, which tells the “Ducati Moments” – facts, people, technological innovations that made the history.

Not everyone knows that Ducati was initially a transmission industry and, in its history, has not only built two-wheeled vehicles. In the early ‘900, Bologna was a big spot in the electronics industry. Guglielmo Marconi was world-renowned for the invention of radiotelegraphy and so the Ducati brothers (Adriano first and then Bruno and Marcello) began to produce a small condenser called Manens.
The success was spectacular: in 10 years the factory has given work to thousands of workers by inaugurating the large plant at Borgo Panigale. With the arrival of World War II, however, the plant became the target of the Allied bombings, which on 12 October 1944 completely destroyed it. 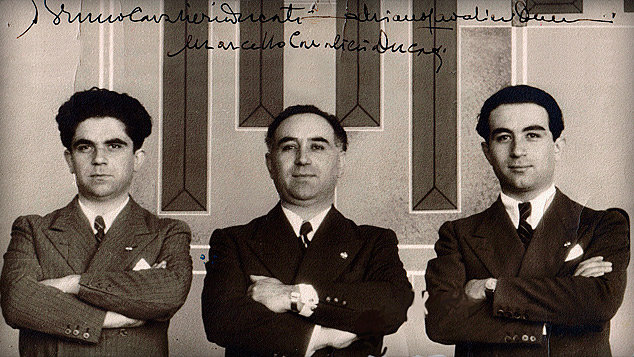 It was with the reconstruction after the war that the conversion to the automotive industry will start, celebrating a new era for the Ducati Brand: productive expansion and technological development generate in fact a significant increase in employment and income, stimulating a new propensity for consumption.

The Cucciolo, the small and first Ducati moped, became the symbol of a nation that now needed to move and meet. The success of the first motorcycle racing on the road soon began to show the Italians an object that, beyond being an economic and reliable means of transport, could also be a symbol of beauty and speed.
We were at the dawn of the Italian economic boom and of that myth that still manages to involve fans from all over the world.

Among the most important attractions of the Motor Valley of Emilia-Romagna, the Ducati Museum in Borgo Panigale is divided into three different paths: the history of the motorbikes and the socio-cultural context in which they are inserted; the story of racing through the exhibition of racing cars and trophies and the last track that tells facts, people and technological innovations that made the Ducati history.

The history of motorcycles consist of a permanent exhibition in six halls: the First Room tells the origins of the brand until the Second World War; the Second Room shows models and technological innovations up to 1860; the Third Room, on the other hand, brings us back to the 60s and 70s, to the motion as a symbol of freedom, to the first Ducati Scrambler, until the late ’80s. The Fourth Room is dedicated to the most recent Ducati, from the first Monster to the mythical 996 (considered one of the most beautiful bikes of the century). the Fifth Room is dedicated to the latest models and big motorcycle rallies, such as the World Week. Here the enthusiasts will find the most modern Ducati brand creations, the solutions imported from the racing world as well as the latest models of Borgo Panigale’s home.

The Sixth Room or the Central Room is instead a tribute to the Races, from the first “Cucciolo” moped up to today’s racing models, telling the most important moments of the motorcycle factory: the great champions of the past, the classic races of the ’60s, the World Championship in SuperBike, up to the latest MotoGP races. Models, characters and history that have made the history of Ducati and together, the history of Italian and world motorcycling.

For those who are interested to visit the Museum from away, we suggest the virtual tour through Google Street View. We also note that it is possible to make a Factory Tour which will allow discovering not only how a Ducati motorcycle is born, but also to dive into business life.

Not everyone knows that some Ducati motorcycles of the 50s had the same Ferrari Prancing Horse on the hull.
Around 1956, in fact, the engineer Taglioni asked and obtained to be able to paint on the Ducati bikes the famous horse. Why Taglioni has chosen the prancing horse?

Fabio Taglioni was born in Lugo di Romagna, a town about 35 km from Bologna, that was also the birthplace of the most famous Italian hero of the First World War, the major Francesco Baracca: the Italian ace of the Great War, with 34 air victories on the Italian Front, which was killed on the Montello June 19, 1918.
So Enzo Ferrari and Fabio Taglioni, both passionate about military epic and technological and industrial progress chosen the Prancing Horse as a symbol of their Brands, especially for their Race-prototypes.

The Ducati Museum in Borgo Panigale constantly offers events dedicated to its affluent customers and motorcyclists in general. From World Ducati Week, the only event for Ducati motorcycle owners, to the Diving Courses organized each year by Ducati’s parent company. To keep up-to-date, we recommend that you keep the Experience Section on the official site.

How to get there

The Ducati Museum is open to the public every day and is located in Via Antonio Cavalieri Ducati, 3, Bologna

Bologna is located in the northeast of Italy, 1 hour from Florence, 2 hours from Milan, 2 hours from Venice and at the crossroads of all the main Italian motorways (autostrade): the A14, A13, and A1.

Bologna is a main stop on the Italian rail system and all of the most important national and international lines pass through it. Trains depart from Milan and Rome to Bologna almost every hour. To get from the Bologna Central Station to the Ducati factory, you can either take a taxi (about 15 € and a 20 minutes ride), a bus (1,30€/1, 50€ bus ticket and an approximately 40-minute ride).
For more information regarding train schedules and stations please check the Official Trenitalia web site. The taxi stop is in the small square in front of the station, on the right side. Tell the taxi driver, sit back and relax.

Get on bus number 36 going towards the “Barca” or the number 39 that circles the city. From either bus, get off at the first stop of Via Lame and change to bus number 13, going towards “Via Normandia – Borgo Panigale”. Get off the bus at the stop named “Borgo Panigale – Museo Ducati”, at the intersection between via Marco Emilio Lepido and Via Cavalieri Ducati. Take Via Ducati (coming from the center of Bologna, it is a left turn) and you will find the entrance to the Company on your right after approximately 200 meters.

Ducati can be easily reached by taxi from Bologna’s Airport Guglielmo Marconi.
The taxi stand is right outside of the arrivals terminal (about 10 € and a 10 minutes ride).

The Ducati Museum is open to the public every day without reservation for individuals and groups of up to 10 people and respects the following times (for groups of more than 10 people booking is required, click here to book):

Closed Wednesday
Last admission: 45 minutes before closing.
The access ticket must be purchased on the dedicated website

Visits are scheduled on Monday, Tuesday, Thursday, and Friday at the following times:

For groups of 11 to 30 participants, it is possible to organize the visit on Monday, Tuesday, Thursday and Friday at 11:00 and 13:45.
Contact infotour@ducati.com to check availability.
The ticket for the guided tour of the factory includes the Museum entrance.

For safety reasons, visitors are required to wear closed shoes when visiting the factory.
Access is guaranteed to those who are booked and in possession of a ticket purchased online. 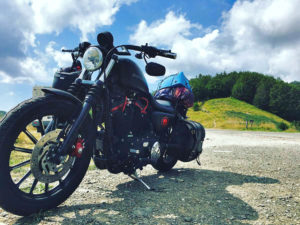