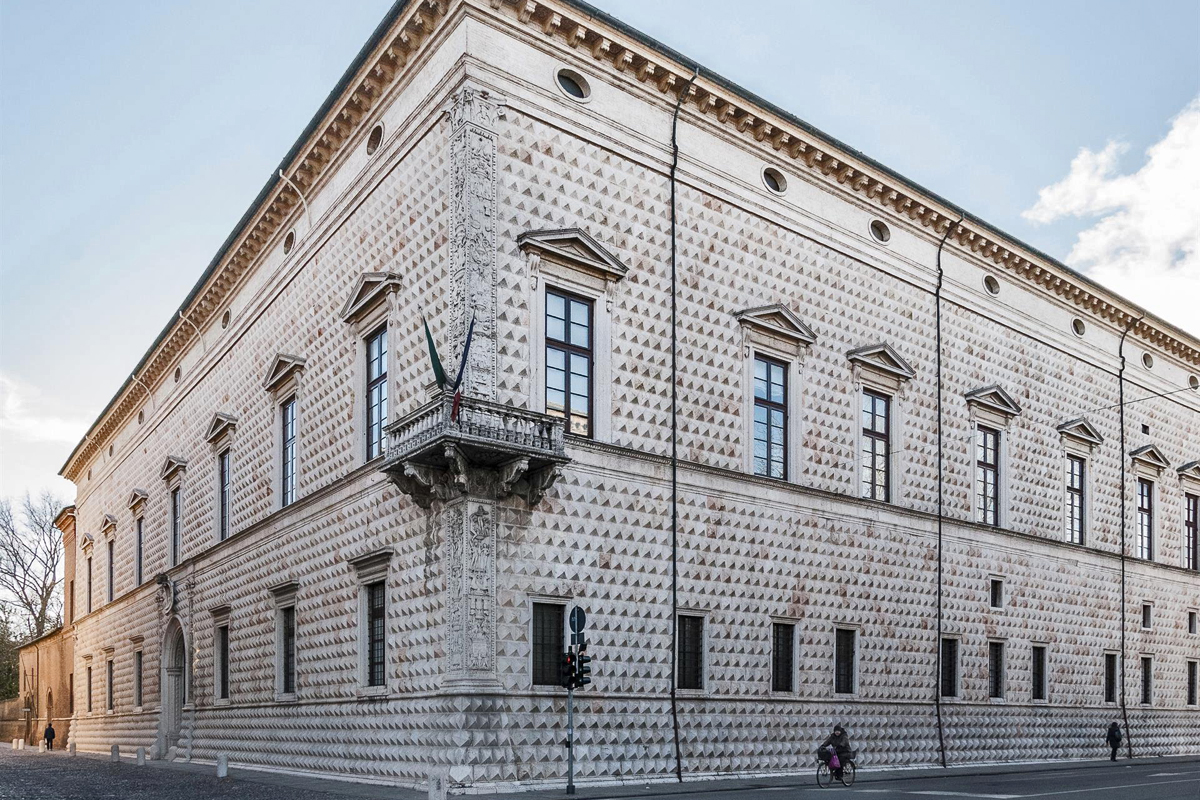 The Antique world and the Middle Ages have always dreamt of building the ideal city – or rather theorized settlements, whose urban arrangement with its streets and palaces were based on functional and rational principles under the aegis of philosophy.

It was in the Renaissance, though (i.e. in the second half of the 14th century), that this quest of utopia became popular, especially when the cities, once overcome the Middle Ages, regained a leading role in the society and everyday life. Several branches strengthened this process acting together (art – in its strict sense, architecture, philosophy, urbanistic), where each of them with its peculiarities had a role in this path to perfection.
In this scenario, many new models of the city were studied, even if doomed to remain just a mere theory, unrealized. In the circular and polygonal shapes, orthogonal networks and radiocentric schemes were enhanced with broader perspectives through straight lines, regular squares and aligned palaces.

Emilia Romagna, however, showed itself – more than other territories – able to translate this dream into real and concrete models, representing a sort of urbanistic try field. Many attempts of rationalization of the public spaces were conceived and partly realized with the objective of creating the ‘Ideal City’.

The Erculean addition in Ferrara

Towards the end of the 15th century, architect Biagio Rossetti carried out one of the most famous projects of urban redevelopment in the amazing city of Ferrara, the quiet and elegant Unesco Heritage City.

By order of Duke Ercole d’Este 1st (1471-1505), the Erculean Addition was built as a real extension of the urban fabric north to the majestic Cstello Estense.
The new district, which was built over the already existing historical urban fabric, developed around two orthogonal streets, the current Corso Ercole I and Corso Rossetti. From here, following that 14th-century idea of the perspective view, the district expanded from the castle, the visual and functional centre of the newborn Ferrara, to the Este lands in the countryside (including the Belfiore Castle).

Rossetti, in order to give more prominence and prestige to this new urban design, decided to nestle in the crossing between all these axises the Palazzo dei Diamanti with its characteristic ashlar aspect and the top shaped like that of a diamond, which contrasted with the traditional brick-façade that had been used for the buildings in Ferrara until that moment.

The Erculean addition in Modena 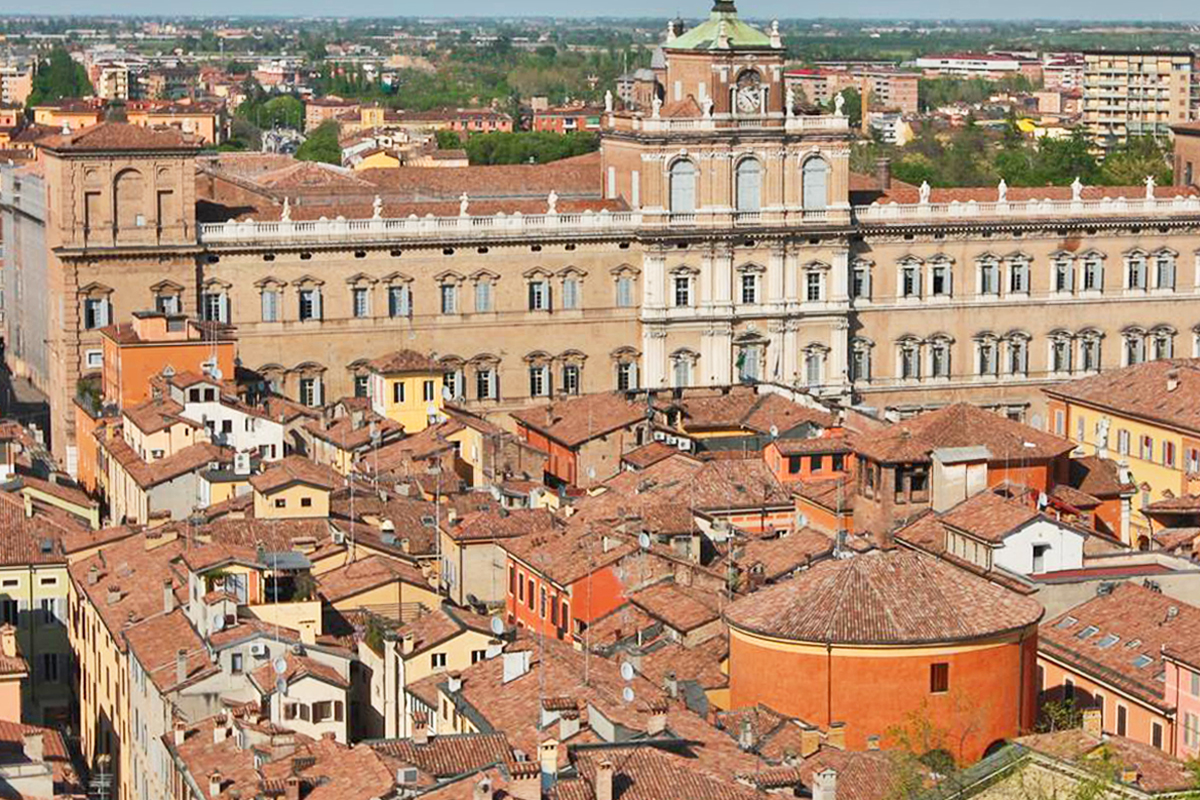 The influence of Humanism of the Este family also touched the city of Modena. Around the 16th century, after a brief period under the papal rule, the city gradually returned under the control of Ferrara. Right in this period (1535 – 1551), Duke Ercole II d’Este decided to carry out a major urban development, the so-called Erculean-or Terranova-addition.

The core of the residential area started to extend, building in wider and smaller parts of surrounding territory, and erecting new walls in the northwestern area. From Via Terranova (today Corso Cavour), new houses were built, whereas Corso Vittorio Emanuele II was turned into an urban artery, in the centre of which was the port of the city and the city dock Naviglio.

Nonetheless, the city centre maintained its medieval street system influenced by the canals. However, the noble houses, such as Palazzo Ferrari-Moreni, Palazzo Fontana, Palazzo Tacoli-Ronchetti already become Rangoni, started to lose their old fortified aspect, gaining that new beautifying Renaissance features. There are, though, very few examples of this 16th-century construction, almost lost with the subsequent developments wanted by the ducal government and the owners themselves as a consequence of the role the city acquired in 1598 when it became the Este capital and the seat of the court. 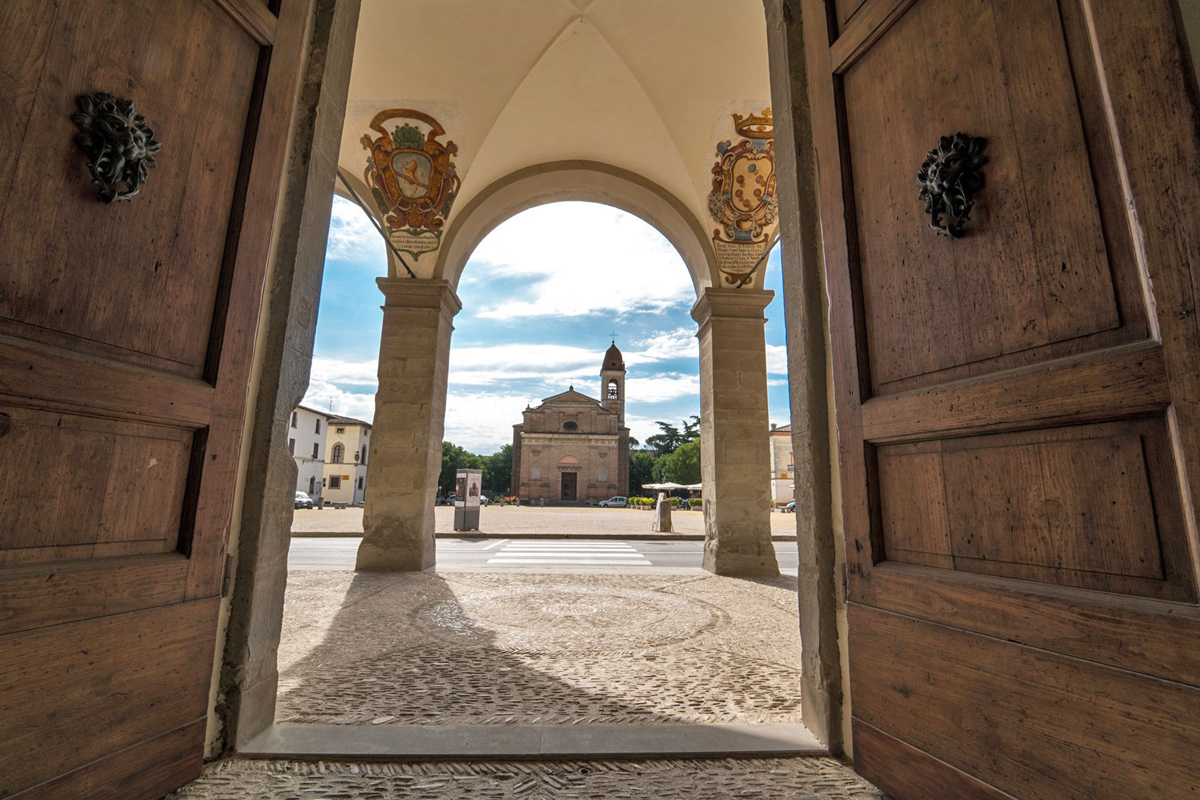 Built according to an accurate plan that was conceived to meet the territory’s civil and military needs, Terra del Sole and its typical star-shaped plan is the jewel of the Renaissance city development.

Built-in an area bordering with Tuscany (foundation date: 8 December 1564), Cosimo de’ Medici himself was committed to design and build the new city. He made the most of the military and administrative experience he gained in his Grand duchy and decided upon how to realize the project, with the help of the architect chosen for this challenge (Baldassarre Lanci, Giovanni Camerini, Bernardo Buontalenti, and Simone Genga).

The outcome of this task, which visitors can still see today with their own eyes, was a real and perfectly organized ‘Fortress City’. A surrounding city wall 13 m high and two castles—the castle of the Artillery Captain in defence of the Tuscan village and the one of the Governor that had to protect the Roman one were built. Moreover, the central Piazza d’Armi (also called Maggiore) was meant to be the real urban hub according to the people-oriented city projected by Francesco di Giorgio Martini. Lastly, the project included two city buildings of major importance, one in front of the other, overlooking the piazza—the Church Santa Reparata and the Commissary Castle (or Pretorio Palace), as to highlight that the two powers presided over the city’s life. 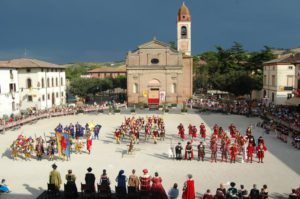 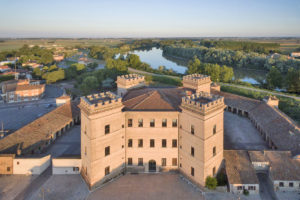