This is the story of one of the most famous dishes of the culinary tradition of Parma, one of those dishes that make everybody agree, that can get you feel the embrace of the family even at distance, that can warm mood and body on the coldest days of the year (but not only).

The term anolino derives from the Latin “anulus”, that means ring. Anolino is a stuffed pasta that was born in the 12th century; the first news comes thanks to the manuscripts of Salimbene De Adam, in his “Chronicle” of 1284, but it is necessary to wait until 1500 to see them on the tables of kings and popes thanks to Bartolomeo Scappi, famous Italian Renaissance chef.

The story is based on the diary of Prince Cosimo Meli Lupi of Soragna, a courtier at the ducal court of Parma, who in 1793 reports that Duke Ferdinando I Borbone, lover of the genuine traditions of good food, cherished to dress the cook’s apron to prepare the ravioli, in our dialect anolini.

Even at the court of Maria Luigia, Duchess of Parma and Piacenza, during the winter courtiers used to eat anolini and it’s connected to her the phrase “Only to king Anolino the Duchess can bow”.

But it’s only thanks to Pellegrino Artusi that finally the anolini recipe becomes a prerogative not only of the wealthy classes, but a heritage of popular cuisine.

There are lots of homemade versions of this recipe, but – since a video is worth a thousand words – we propose you the recipe of the “PASTA GRANNIES” Gina:

If you prefer the original version instead, here is the Pellegrino Artusi’s recipe directly from its manual “Science in the Kitchen and the Art of Eating Well”: 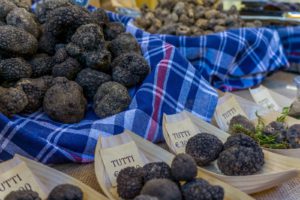 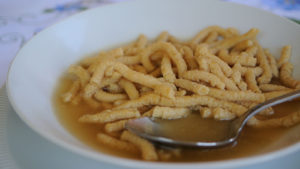