Ideal is Riaperture PhotoFestival Ferrara 5th edition theme. During the weekends until October 3rd the city is buzzed with 49 photographic exhibitions in 38 locations (19 within the Official Circuit and 30 in the new OFF Circuit).

Besides visiting the exhibitions, it is quite obvious that photographing Ferrara and its monuments – which are extremely photogenic – is an opportunity. However, we would suggest a detour to Argenta, to discover San Giorgio, a church similar to an iceberg.

Riaperture, as its tradition, proposes photographic exhibitions and events in the abandoned or closed spaces in town, as well as in those undergoing restoration. The programme includes exhibitions, workshops, portfolio readings, meetings, in order to discover images and authors and suggestive, hidden or forgotten places (Palazzo Massari, Porta degli Angeli or the former Refectory of San Paolo, for instance), offering visitors chances for “active” photography, too.

In Ferrara, non-places host the “ideal” projects signed by well-known photographers and new talents. The Riaperture PhotoFestival presents Franco Fontana. Personale per Ideale by a master of Italian photography, who is back in Ferrara after 50 years since his personal exhibition at the Palazzo dei Diamanti.

Plus, Jova Beach Party. Cronache di una nuova era by Francesco Faraci, When Everything Changed Covid-19: The European Epicenter by Fabio Bucciarelli, Rainbow Families by Eleonora Calvelli, Serena Vittorini with En ce moment and Through you.

The focus in on Nature and its potential, too, with Bio Minds: dalla natura per la natura by Marco Buratti. Then there are È Così la Vita – An ode to standstill (Lea Meinberg), Cento case popolari (Fabio Mantovani) and Fiori Nudi (Arianna Genghini).

In the Palazzo Schifanoia fairytale garden, the works of visual artist Christy Lee Rogers are on stage. They are from the Muse and Human collections (a project linked to the World Water Day Photo Contest organized by the Lions Club Seregno AID to raise awareness on water as a fundamental right of humanity). Many other projects can be discovered thanks to the map available on the site of Riaperture PhotoFestival.

As for the activities of the Riaperture Photofestival: 16 guided tours and 6 coffees with the authors, 9 talks, 3 “Ideal” meetings, 3 educational events by the Riaperture Academy (Workshop by Franco Fontana, 24-26 September; Masterclass by Fabio Bucciarelli, September 18; Conference by Giorgio Bianchi, October 2) and 4 theatre performances in collaboration with the OFF Theater, as part of the Bonsai Festival of microteatro.

A mistery in San Giorgio

The enigma is in the history of this church and in its size, too.

It’s photogenic like the landscape that surrounds it (the lenses of our cameras can discover it as the morning mist rises, on a sunny day or in the autumn colors). The monument itself is quite interesting as the wetlands around it: San Giorgio is within the Parco del Delta del Po, near the Valli di Argenta.

It is the oldest church in the Province of Ferrara, founded in 569, with an 1122 portal by Giovanni da Modigliana who carved the figures of the months and the martyrdom of St. George.
San Giorgio is a small, single-nave church, so doesn’t seem very suitable for the title of Pieve.

But photographers, who are good observers, cannot miss the strange arches at the base of the building, which reveals how the side aisles, dating back to the 12th century, disappeared “underground”. Just like an iceberg, only the tip of the building emerges, let’s say the “second floor”; the rest has been investigated archaeologically, but it’s not visible on site (mosaics and frescoes are in the Museo Civico di Argenta). What were the reasons for its resizing?

The church and the town of Argenta are on the opposite banks of the river Reno; over time the place had become inhospitable and the site was abandoned. Alluvial deposits due to the floods of the river, over time, caused the soil to rise, so the original floor is located at a depth of more than 3.5 meters from the current level of walking.

Just like an iceberg, only the highest part of the building emerges, the “second floor” we could say; the rest, though archaeologically investigated, is not visible on site (mosaics and frescoes are in the Museo Civico of Argenta). 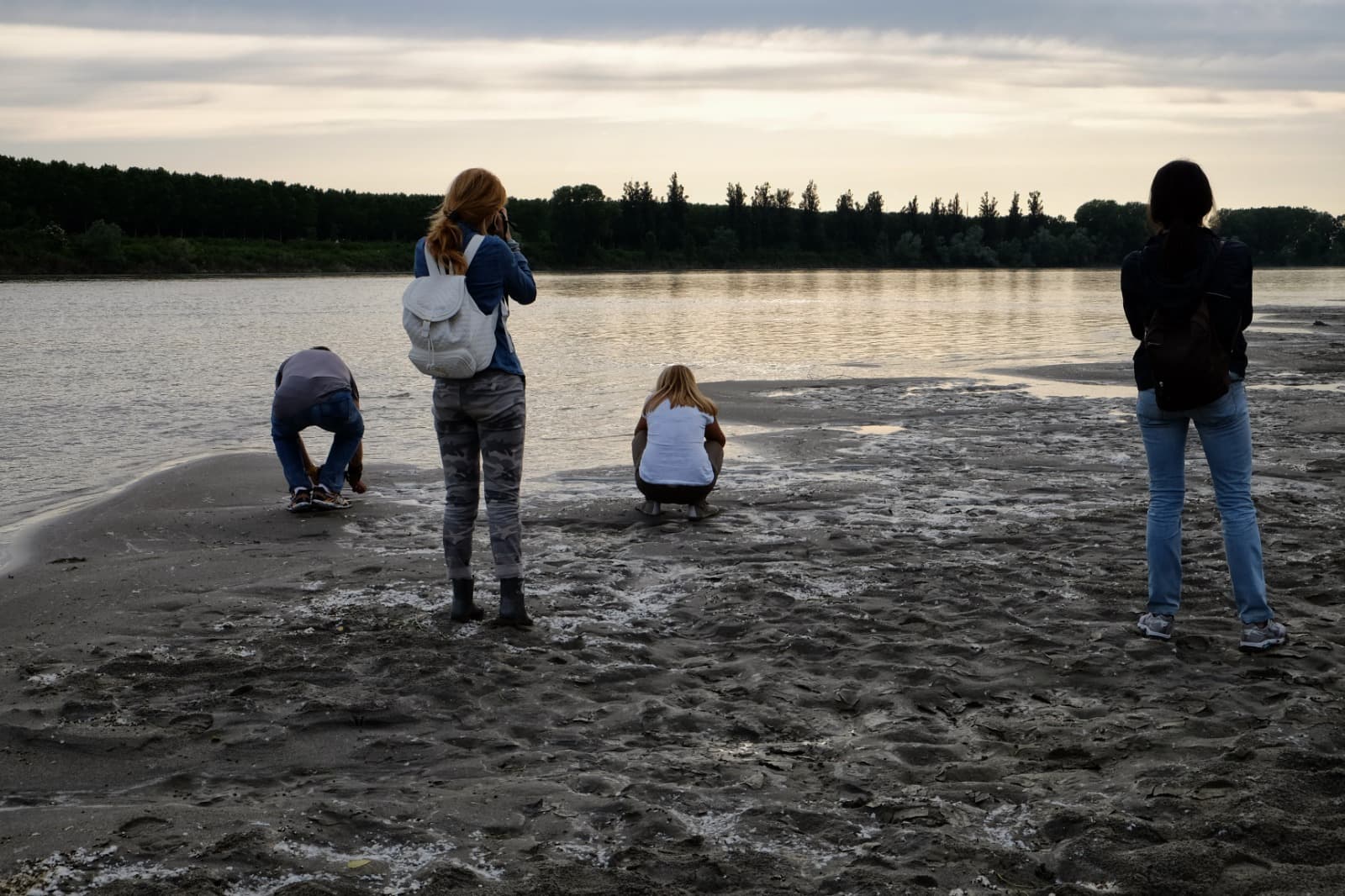 ColornoPhotoLife. Exhibitions and trends in photography

ColornoPhotoLife. Exhibitions and trends in photography