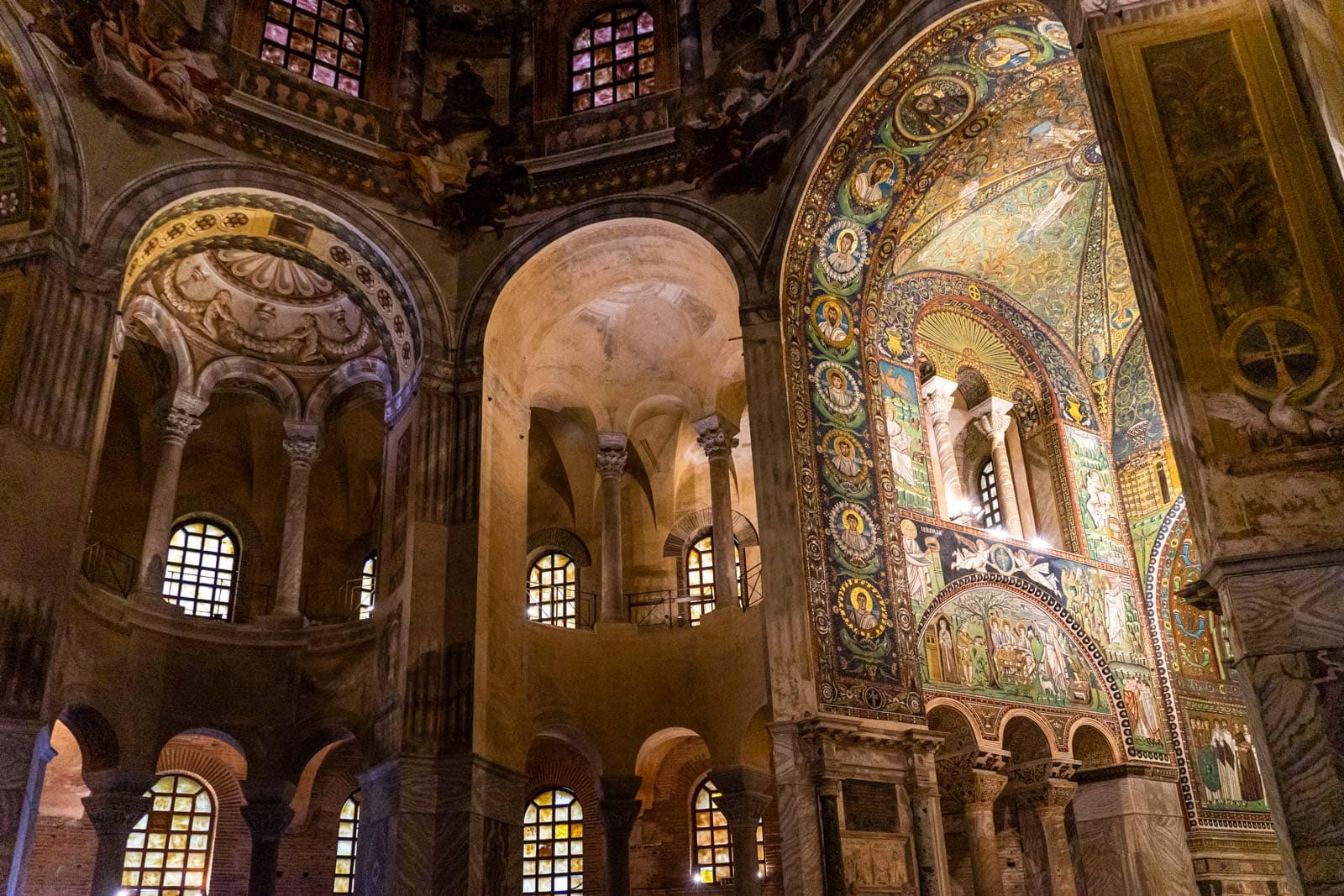 They say that all roads to lead to Rome. And, as it turns out, one of the best roads is also close to Rome.
I’m talking about the Via Emilia, the extraordinary ancient route that ran in almost a straight line from the coast to northern Italy, from modern-day Rimini to Piacenza.

Not only did countless travellers walk along its gravel path, but they carried with them new cultures and skills. In the towns along the Via Emilia and either side of it, bustling communities blossomed, creating the foundations for some of the richest heritage in the region.

You don’t have to walk there these days. From Rome, Bologna is just two and half hours by train on the Frecciarossa, or about four hours’ drive, if you have a car. It’s an easy trip from the capital and makes for a wonderful getaway for a few days.

Of course, there’s the food and the motor sites, there are the festivals and the beach. But at the heart of Emilia-Romagna is the heritage – and much of it has been recognised as internationally significant by UNESCO.

Although there are three cities in Emilia-Romagna designated as World Heritage Sites, there are actually five in total that have been recognised by UNESCO.

There’s Bologna, well known for its historic buildings, including one of the oldest universities in the world, its UNESCO recognition comes, in part, because the university was the first in Italy to offer a music degree. Along with institutions like the city’s opera house and the International Music Library, as well as regular concerts of diverse genres, Bologna has shown itself worthy to be declared a UNESCO Creative City of Music. 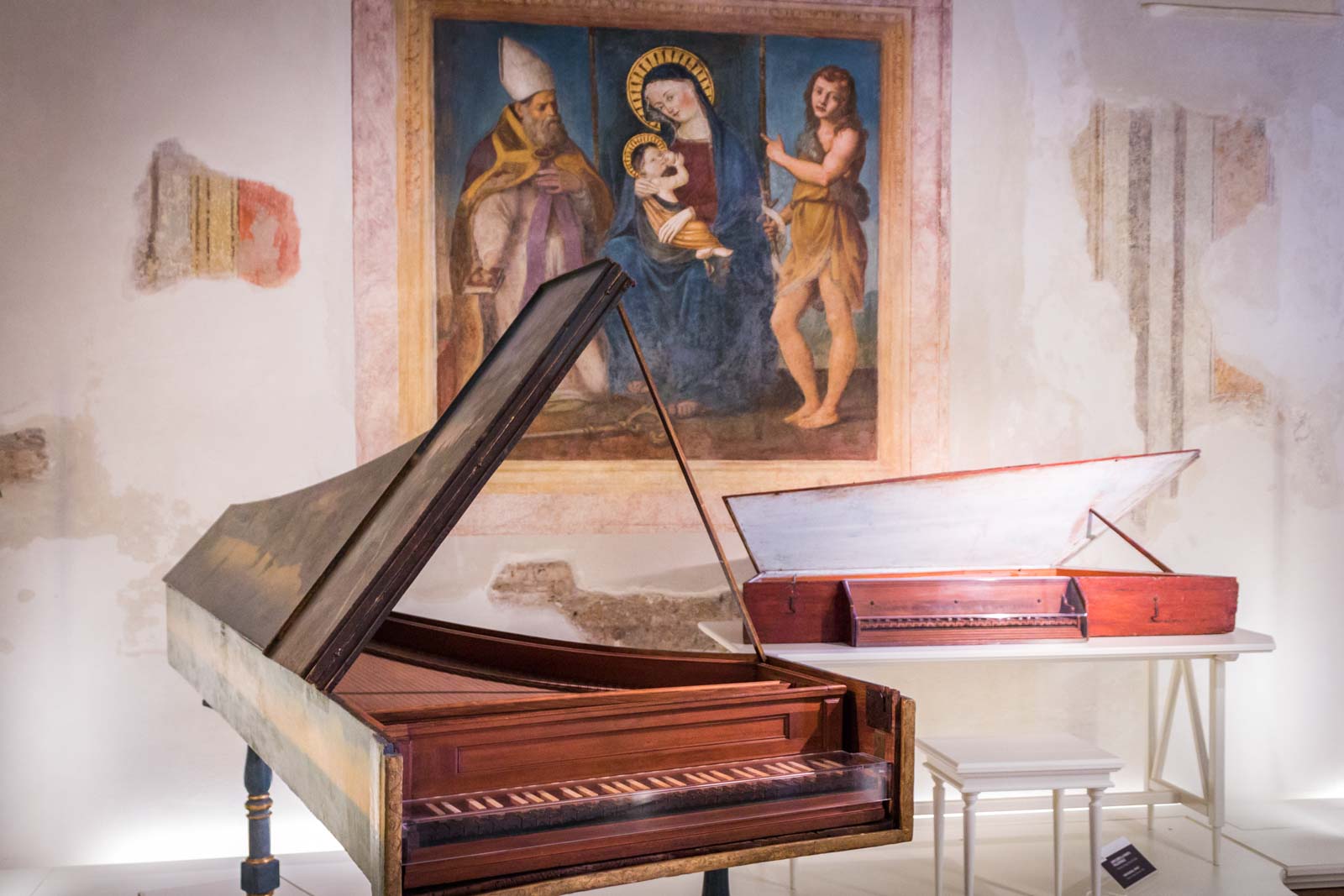 (Incidentally, there’s a very good chance that the 42 kilometres of porticoes that stretch around the city will be named as a World Heritage Site in their own right very soon.)

And then there’s Parma, a city that stands out for its cuisine in a region that’s already dubbed ‘the Food Valley of Italy’. It’s been named a UNESCO Creative City of Gastronomy. I would love to think it’s just for the cheese or the ham (or all the delicious dishes made with those ingredients) but the title is also because of the sustainable way food is produced and the focus on healthy eating.

But, right now, I want to focus on the three World Heritage Sites found in the cities of Emilia-Romagna, and I’m going to start with my favourite one – Ravenna.

Ravenna‘s claim to fame is its mosaics that decorate the interiors of a series of religious buildings from the 5th and 6th centuries. The art form was chosen so that the vibrancy of the coloured glass would never fade – and it worked.

Even 1500 years later, you can step into the Basilica of St Vitale and the mosaics beam from every direction. There’s incredible detail, with faces as sharp as though the apostles depicted were standing in front of you, and bold patterns that can make you feel as though you’re standing in a forest or under a starry sky.

There are eight locations around the city where you’ll find mosaics that make up the World Heritage Site (seven are in the centre and one is a little out of town).

If you see nothing else on your trip to Emilia-Romagna, don’t miss this! 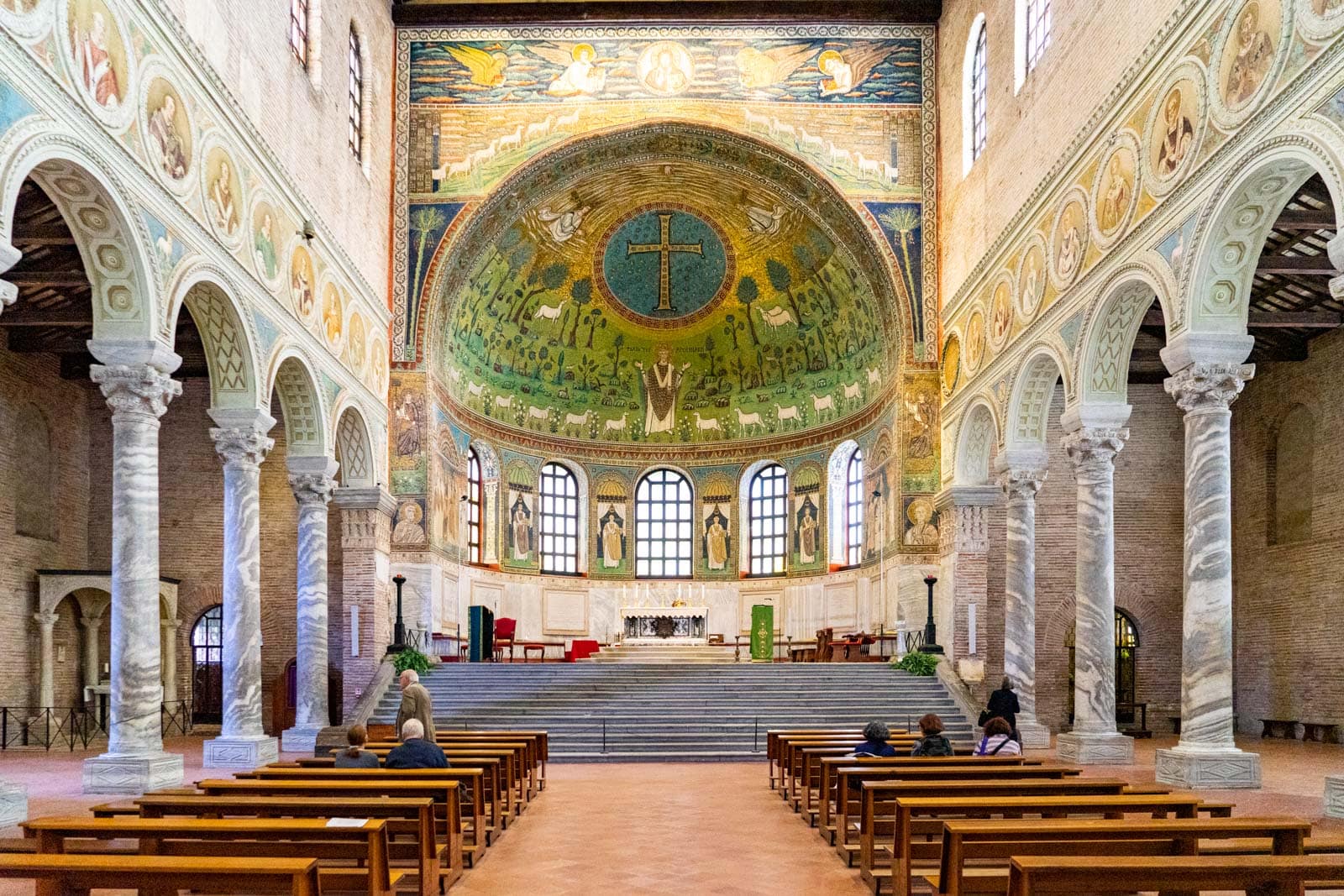 That’s not to say the other World Heritage Sites aren’t also spectacular – which leads us next to Ferrara.
Here, it’s the urban layout that you should notice when you arrive.
Ferrara was the first planned city of the Renaissance and the first in Italy not to follow the traditional Roman principles.

Designed in 1492 as an ‘ideal city’ where the priority was the citizens, it had wide roads to accommodate traffic and an advanced sewer system – certainly ahead of its time! This attracted some of the greatest minds of the era, who left their mark on Ferrara.

But beyond the general layout, it’s the grandiose buildings here that make a visit so interesting. There’s the Castello Estense, an enormous red-brick complex that rises up from a moat; the castle-like city hall and, on the same central Trento Trieste Square, San Giorgio Cathedral, which was founded in 1135 and has an imposing Romanesque façade. 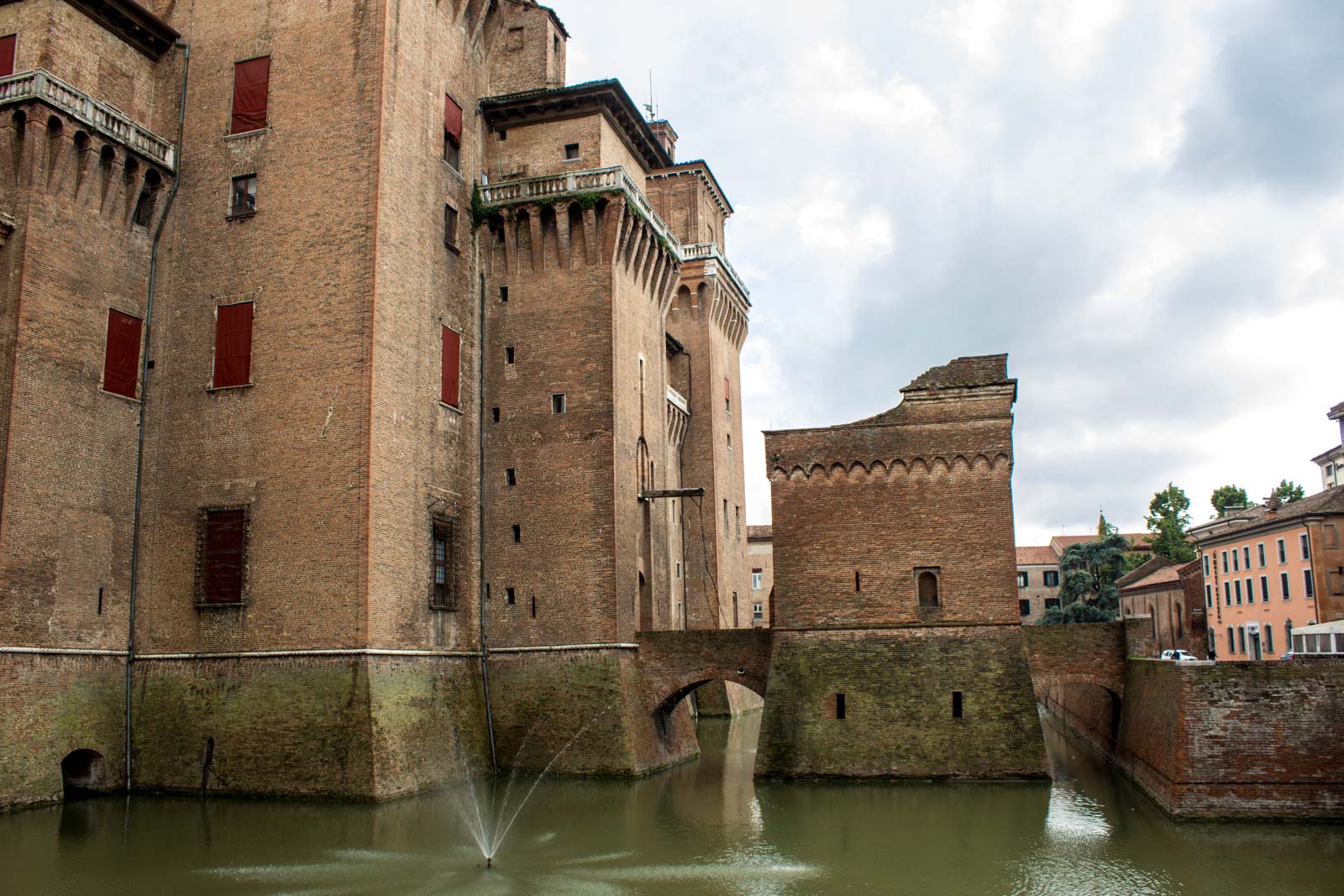 To really appreciate the richness and artistry of Ferrara, make sure you don’t just gaze at these buildings from the outside. Go inside to discover the elaborately decorated rooms where the Renaissance is joined by the Medieval heritage and some modern adaptions.

Ferrara is not always on the tourist trail in Emilia-Romagna but you won’t be disappointed.

The only one of these three World Heritage Site cities that’s actually on the original Via Emilia route is Modena. Here, it’s the Cathedral that’s the focus because it’s one of the finest examples of early Romanesque art. 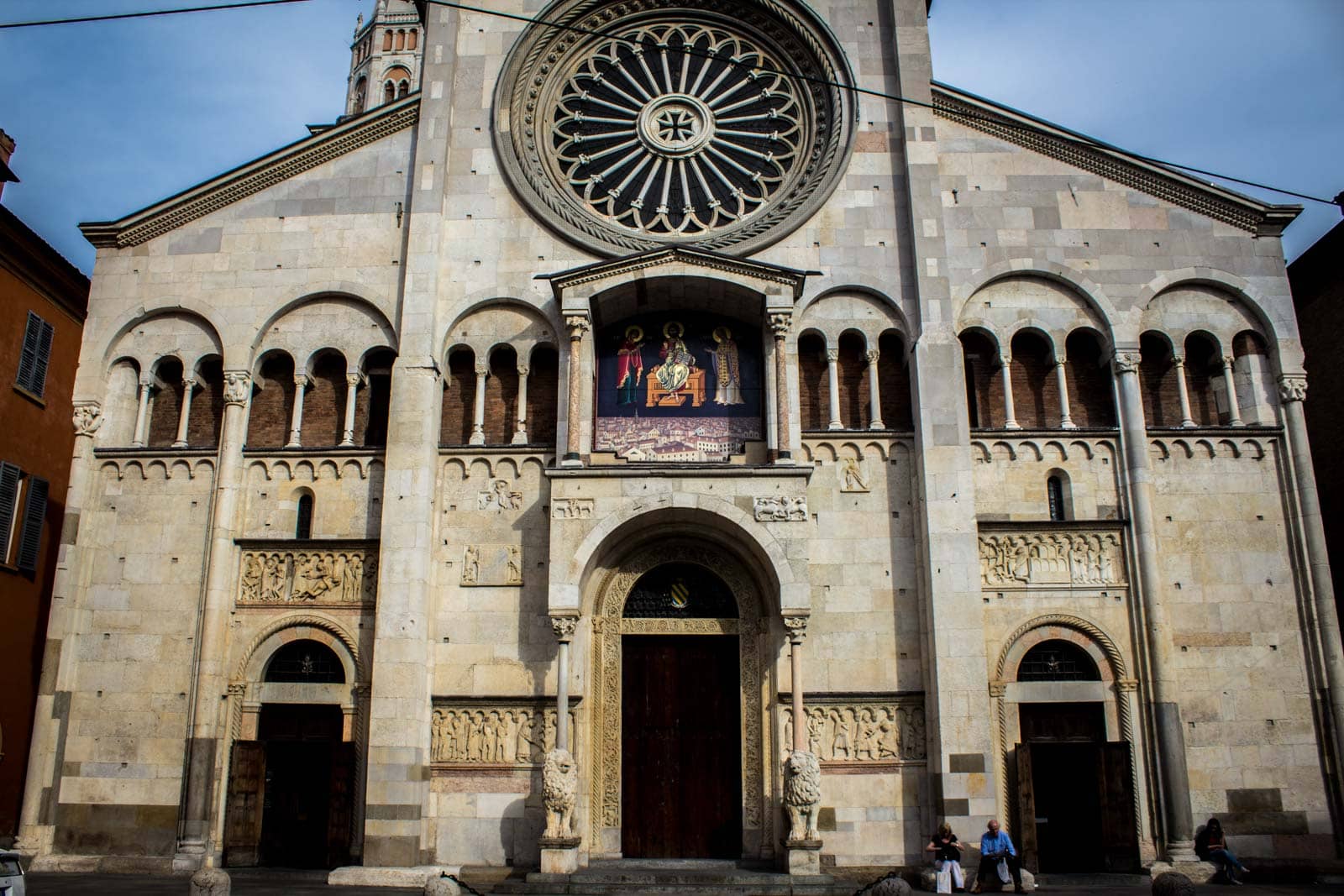 Construction began on the cathedral in 1099 and what makes it so special is the cooperation between the architect and artist who designed it. Sculptures are part of the main structure. The figures, the patterns, the scenes which are carved into the walls and the columns seem so natural, as if they have just grown there.
It really is a magnificent building that just gets better the longer you stand inside and look at the details.

Modena as a city is a fascinating place (and, of course, famous for its balsamic vinegar). And even around the Cathedral there are elements that are included in the World Heritage Site.
There’s the 90-metre bell tower known as the Ghirlandina, which even has some old Roman stones on the exterior. Plus there’s the Piazza Grande surrounded by the City Hall.

For a small historic centre, there are a lot of incredible attractions packed in here!

It’s easy to explore the World Heritage of Emilia-Romagna from Rome – and to help you, I’ve put together an itinerary you can follow.
I’ve assumed you’ll be travelling by train, because it’s faster to reach the region than driving. In that case, I recommend basing yourself in Bologna and doing day trips to the other cities. If you are driving, though, you may want to change my suggestions slightly and stay overnight in the cities you’re visiting. 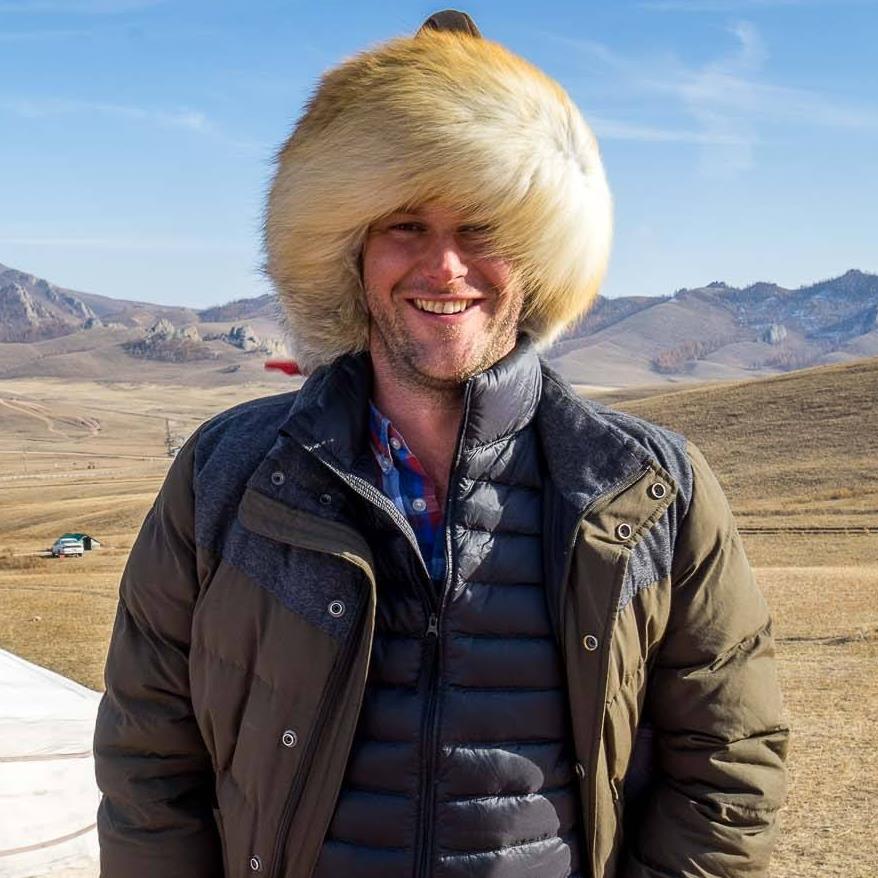 Since he was a kid, Michael Turtle has been telling stories and now he tells the stories of the world as he constantly travels from country to country with no official home. Time Travel Turtle is where he has collected all his stories. 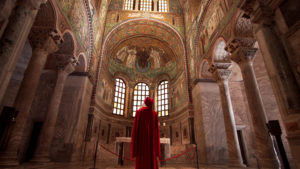 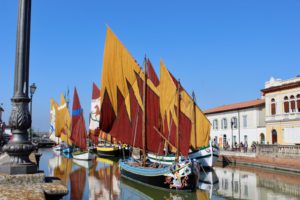 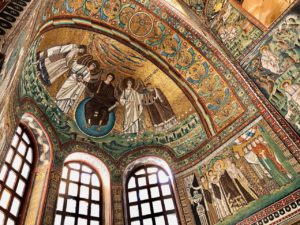