For people who love rock climbing, the Apennines of Emilia Romagna offer a wide range of possibilities, from smaller hills for beginners to hard climbs for those with more experience.

Badolo, the first climbing spot of Emilia Romagna, is located just a few kilometers away from Bologna. It is called The sandcastle and it is also a daily destination for climbers and athletes from the entire region.

Among the largest and oldest free climbing spots of Emilia-Romagna, it is often used as an open-air gym by the local associations, with the aim to educate boys and girls to respect and preserve nature.
With a vertical surface of 120 meters, Badolo is a place approachable for both beginners and hardcore climbers.
It enjoys good exposure to the sun, which means that Badolo could be a great place to practice climbing during the winter as well.

Another great climbing spot is the Bismantova rock, a geological formation at 1047 meters above sea level.
The Bismantova rock is also mentioned in Dante’s Divine Comedy where it is compared with the Purgatory mount. This contributed to give it a mystical and spiritual atmosphere.

Not too far from the city of Reggio Emilia – about 45 km – it can be reached via the SS 63. Its climbing routes have an East exposure, so during the winter season, we suggest climbing the Bismantova rock during the morning hours.

The Romagna’s Climbing routes are a network of climbing walls that can be found throughout the mountains of the Region with more than 24 climbing spots.

Among these, it is worth mentioning the Perticara area, a place that takes its name from the nearby town at the border between Marche and Emilia-Romagna.
Hidden inside the Marecchia Valley and recently revitalized, Perticara is well-equipped for climbers of all levels.

Last but not least, spots in the Forlì province such as Bagnolo, a small climbing center situated near the picturesque village of Castrocaro, and Rio Cozzi, another beautiful spot located near the town of Terra del Sole.

ATTENTION: We remind you that without the right equipment and training it is not possible to practice rock climbing. 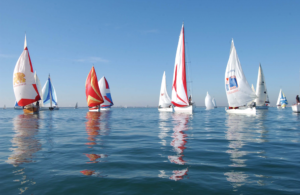 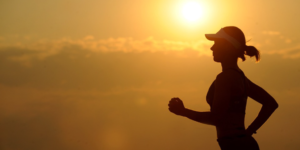 Parachutes in the skies of Emilia Romagna

Parachutes in the skies of Emilia Romagna