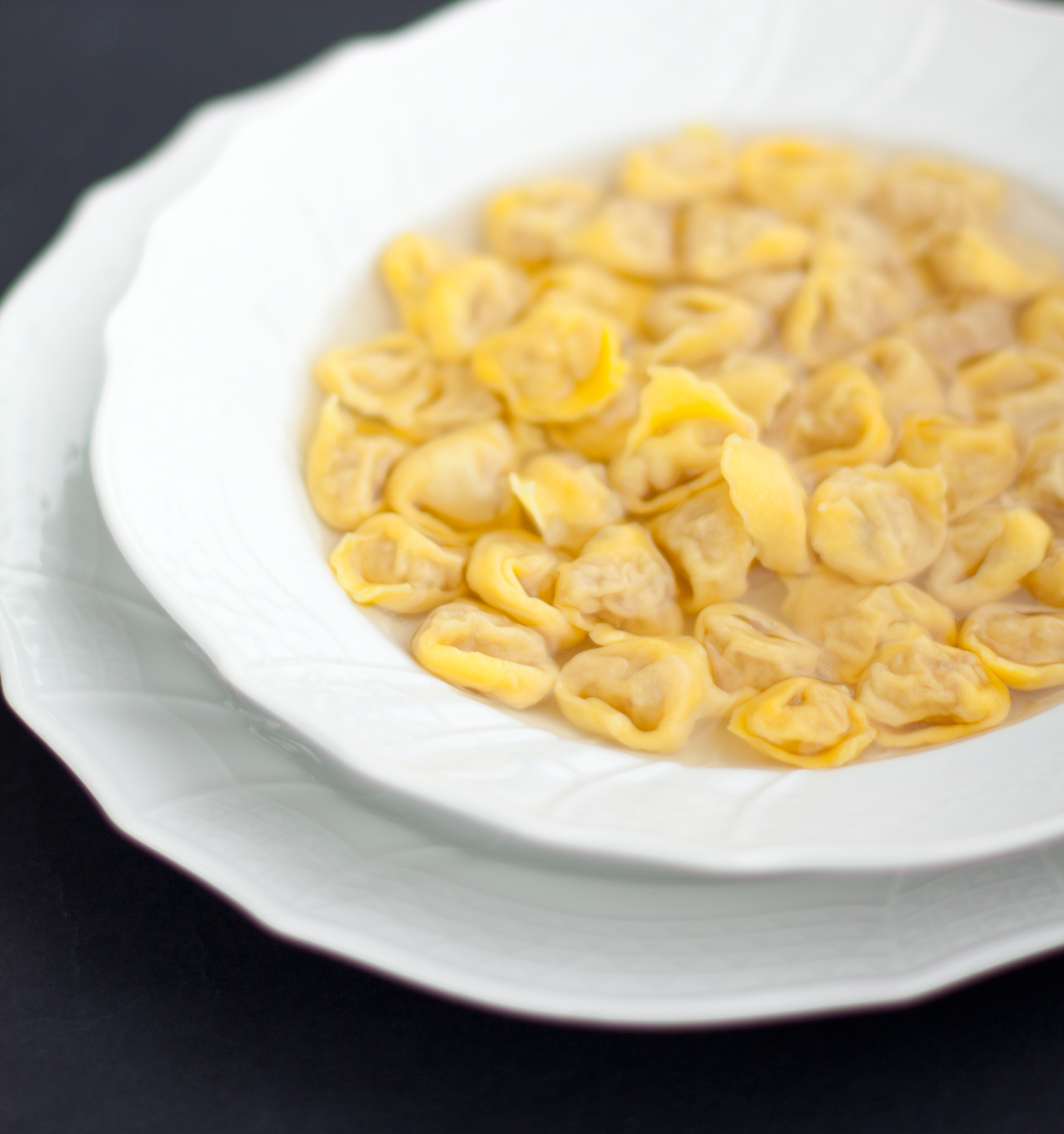 It is not a secret that in Bologna, nicknamed “the Fat city”, the food is awesome.
Less known can instead be some of its most typical dishes, beyond those traditional recipes that made Bologna famous all over the world, such as “spaghetti alla bolognese”…We’re joking, of course: Spaghetti alla bolognese don’t exist in Bologna.
Here’s a checklist of all those dishes that, when you’re in Bologna, you have to taste at least once.


Let’s start with that divine dish that looks at “spaghetti alla bolognese” as its antichrist. Golden ribbons of fresh pasta that, according to tradition, when cooked must not be wider than 8 mm (equal to a 12.270th part of the Asinelli Tower), seasoned with a tasty meat sauce, cooked at least for 3 hours: the Ragù.
Every family (and every restaurant) has its official recipe for the ragù sauce; we offer you the one that Accademia Italiana della Cucina registered at the Camera di Commercio of Bologna in October 1982, but if you to want to feel like a real Bolognese, you should try at least 3 different types of ragù, to get the different nuances of flavor: with bacon, ham or sausage? with or without tomato? with or without milk? You be the judge!


For those who don’t already know them, tortellini are small squares of puff pastry about 4 cm wide on which a little bit of meat filling is placed; the squares are then folded in half and closed by turning them around the little finger, so that they are small and well-flavored: if tortellini are in the right proportions a spoon should contain from 7 to 9 of them!
Around the famous tortellino, innumerable legends were born, that are integral part of the city’s culture. Not only the origin of its shape would be linked to the navel of Venus, but its own place of birth is disputed with the nearby city of Modena, conflict solved with a benevolent compromise only in recent times.
Like the ragù sauce, also for the tortellini’s stuffing each family has its favorite recipe, but the authentic one has been registered at the Camera di Commercio of Bologna on December 1974 by the “Dotta Confraternita del Tortellino”, a recipe that also set the guidelines for the broth preparation.
Yes, because “with broth” is the only true way to taste tortellini: we don’t want to anger the lovers of tortellini with cream, but you should know that it’s a combination that every Bolognese who turned 10 finds awful.
In any case, when you pass by Bologna, in addition to tasting them, we also recommend you to try to make them, thanks to one of the many courses in the city, during which the sfogline show and teach the mysterious closing movement, just like every real Bolognese learned from the grandmother. 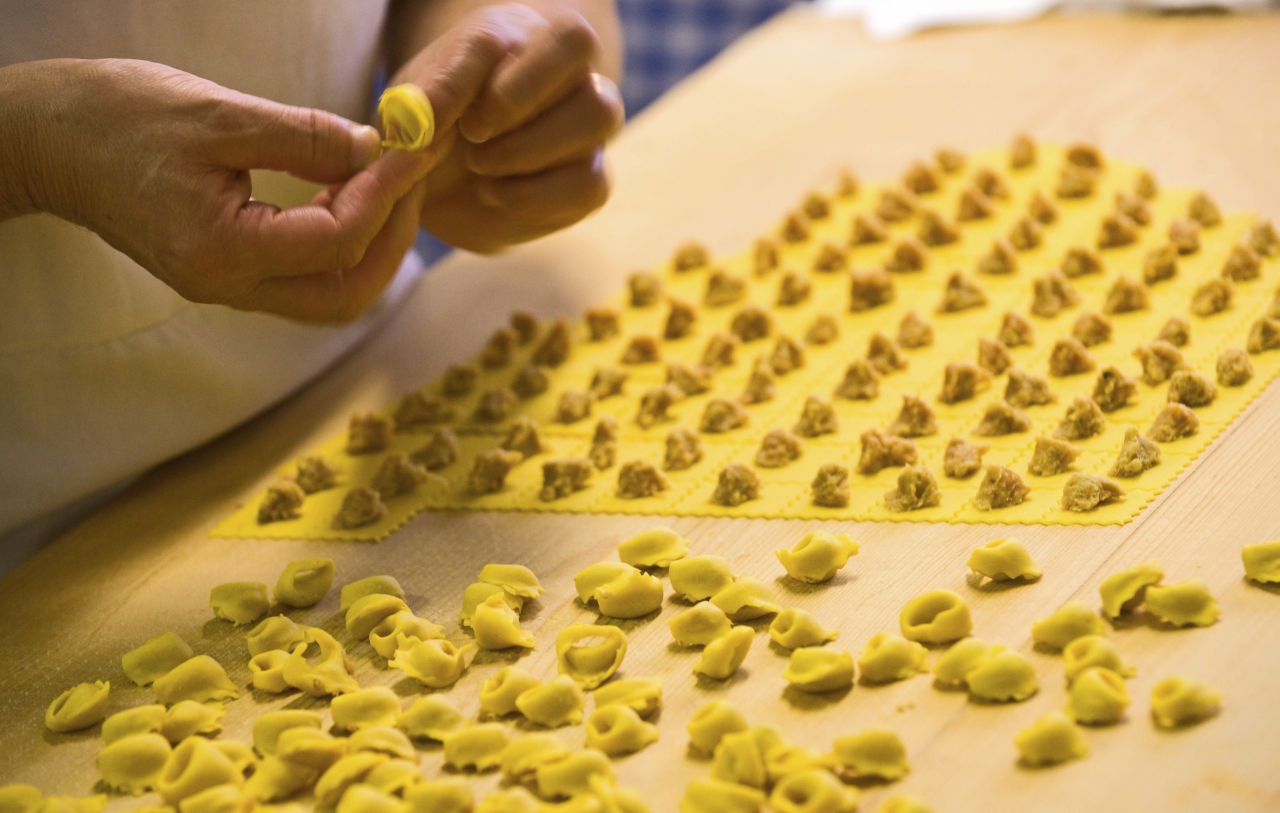 
The other fresh pasta typical of the towered city is lasagna: rectangles of puff pastry (both classic and green, made with the addition of spinach in the dough) of 15 x 10 cm seasoned with meat sauce, béchamel, and Parmigiano Reggiano, and overlapped for a minimum of 6 layers.
According to some reconstructions, lasagna was the first pasta shape produced in Italy, because it allowed to feed many people with a little effort, which is what makes lasagna one of the most loved convivial dishes still today, food of the important occasions that smells like family.


The Bologna’s Great Freaky-Fried is one of the lesser known dishes, but perfect for a lunch with friends. It’s often consumed as a second course to share, since it contains everything from lamb chops to custard, passing through cheeses and vegetables. Once again we are talking about a recipe registered at the Camera di Commercio of Bologna in October 2004.


Another traditional second course you have to try is the Bologna’s cutlet. Less famous than the Milano’s sister, it is in a sense its evolution: the veal is fried with the addition of a slice of ham, Parmigiano Reggiano chips and meat sauce…assured delight!

Among the other recipes that you’re surely finding in the tradition of a Bologna’s grandmother, we mention:


To end a 100% Bologna’s lunch, there’s nothing more traditional than the rice cake, a dessert made with rice, milk, sugar, almonds and candied fruit, capable of capturing all palates and also suitable to those who are intolerant to gluten.

Bologna - enogastronomia - What to eat - Wine and Food