In a land of villages and castles, historically dominated by some of the greatest Families of History, there are places and legends that still maintain an aura of mystery, allowing us to fantasize about the enigmatic events of the past. 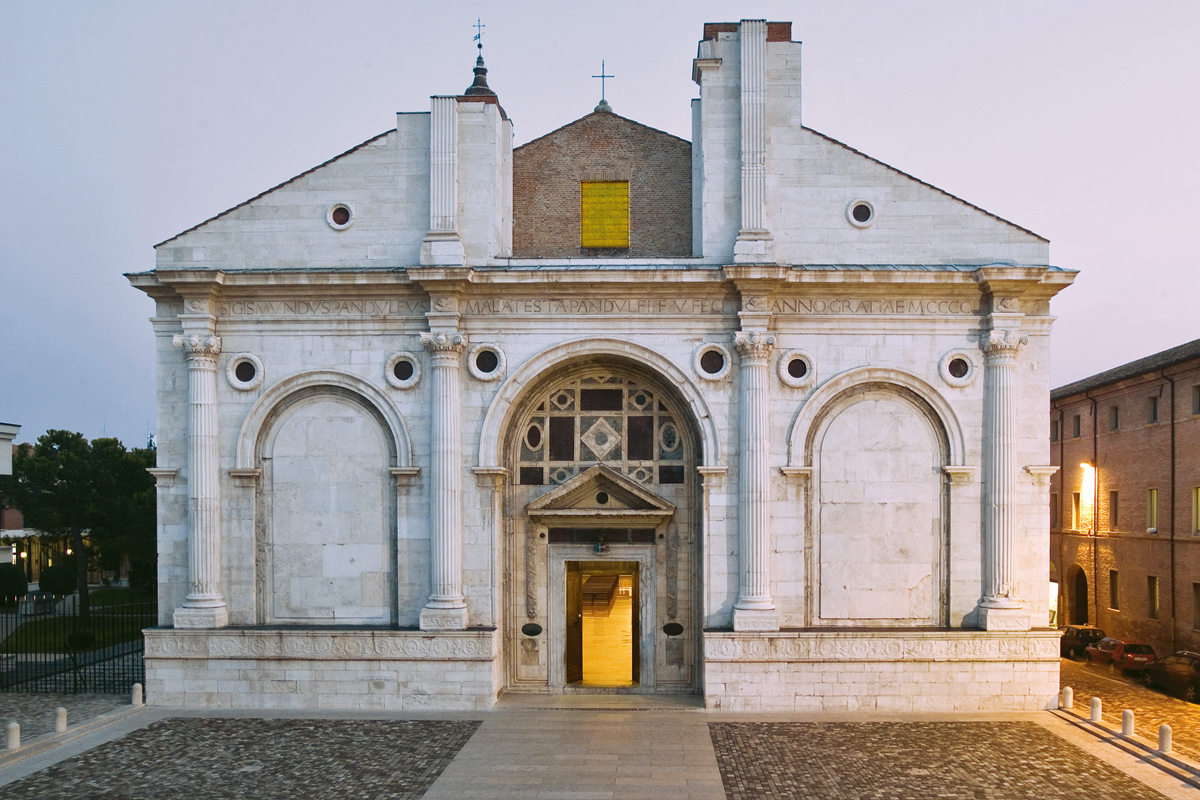 Let’s start from Rimini and its Tempio Malatestiano. Strongly desired by Sigismondo Pandolfo Malatesta and realized on a project by Leon Battista Alberti (but unfortunately remained unfinished), the Temple is famous for keeping inside the Giotto’s Crocifisso di Rimini and the fresco Sigismondo Malatesta in Preghiera by Piero Della Francesca.

In addition to this, however, the Temple also holds mysteries: inside there are some chapels to which a mostly pagan reading can be given, such as the Chapel of the Planets, so called for the bas-reliefs of the planets and zodiacal signs, the Chapel of the Liberal Arts, where Philosophy and Botany, Concord and Music, Rhetoric and Grammar are freely mixed, and the Chapel of the Ancestors, decorated by twelve figures of Prophets and Sibyls.

In short, a place full of symbols that are very little related to the religious theme, such as the repeated presence in bas-relief of the crossed letters S and I, considered a confirmation that the entire building had been conceived by Sigismondo to celebrate his love with the young third wife Isotta degli Atti. 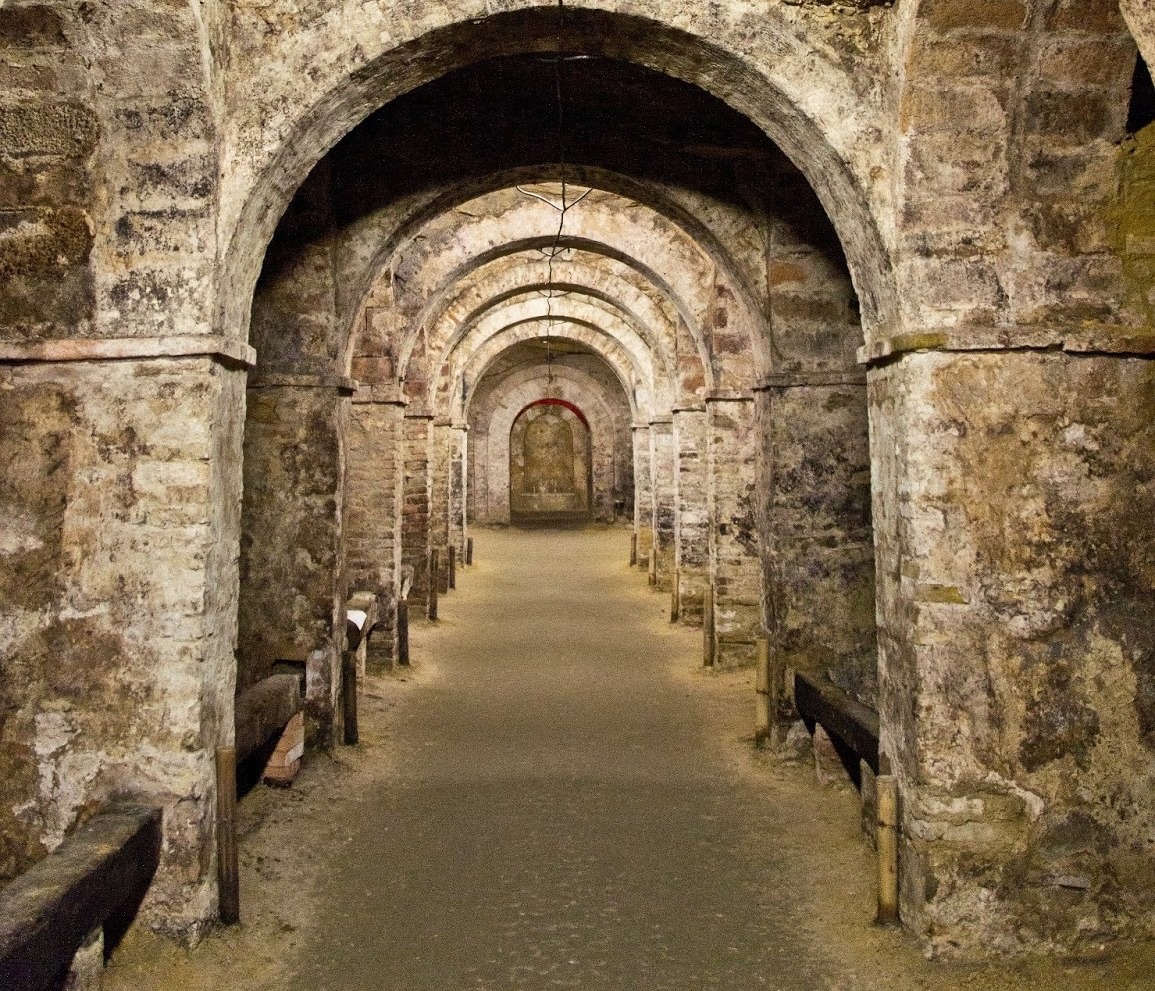 Moving towards the hinterland, we find the village of Santarcangelo di Romagna that holds a secret; perhaps not everyone knows that under its picturesque beauty, made of flowery alleys and panoramic views, Santarcangelo hides a mysterious story, made of tunnels, wells, galleries and imposing circular rooms: a city parallel to the visible one.
These are the 150 tufa caves dug in the eastern part of the Giove Mount, of which origin no one still knows for sure.
Many of them seem to have been built in the Middle Ages, to ensure the survival of the population during the long sieges of that time: these caves were in fact used for the conservation of wine and perishable foods; inside about 300 granaries used to hide cereals have been found, and an ancient neviera for meat preservation.
But at least five caves are supposed to be much older, perhaps created as pagan places of worship linked to the God Mithras, then used as catacombs during the Paleochristian period and as places of isolation for the Basilian monks.

An ancient legend also tells that the Malatesta Family has created within these caves an escape route that, from the Malatesta Fortress, allowed to leave the village in case of siege. It is said that Sigismondo Malatesta, on horseback, knew how to travel in a few minutes the long underground labyrinth, going out near a little church about 1 km far. Yet nobody has succeeded to unveil this mystery. 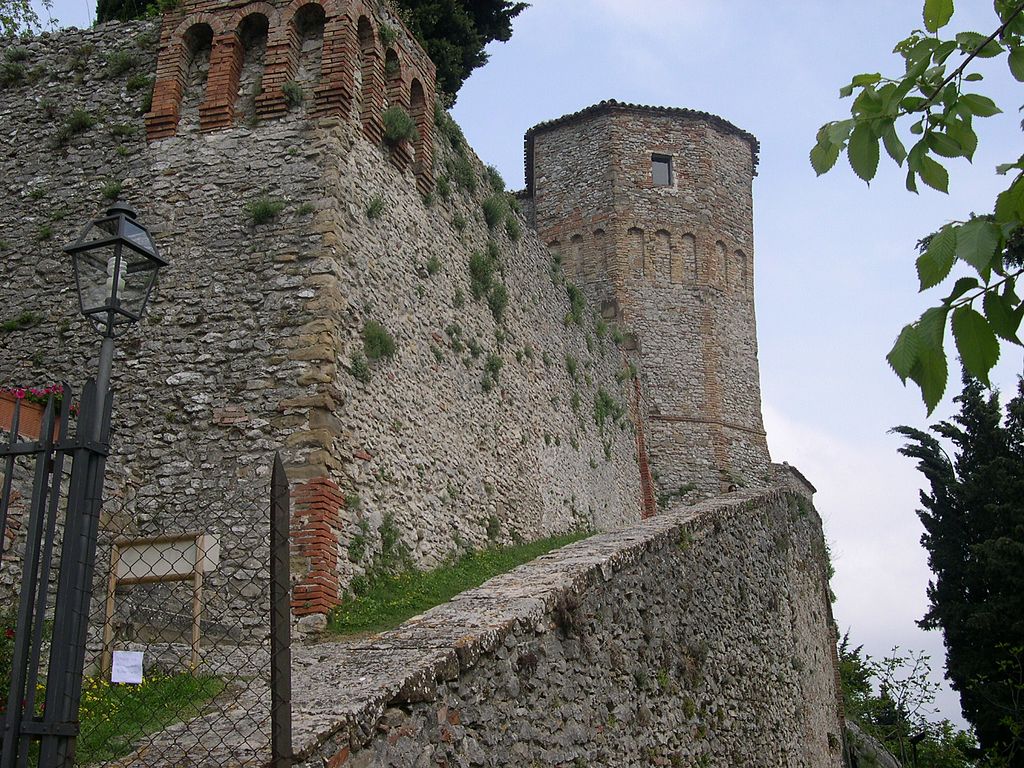 Continuing, in the Municipality of Torriana, we meet the Castle of Montebello, to which the legend of Azzurrina is inextricably linked. According to the oral tradition, this is the nickname given to the little Guendalina, the albino daughter of Ugolinuccio di Montebello, because of the nuance that her white hair took with the hair dye.

Azzurrina suddenly disappeared, during a storm, in the snowfield of the old Fortress and her body has never been found; it seems that her ghost still dwells within the walls of the castle and that her laments can be heard every five years on the day of the summer solstice, the same day of her disappearance in 1375.
To find out more, you just have to go and visit. 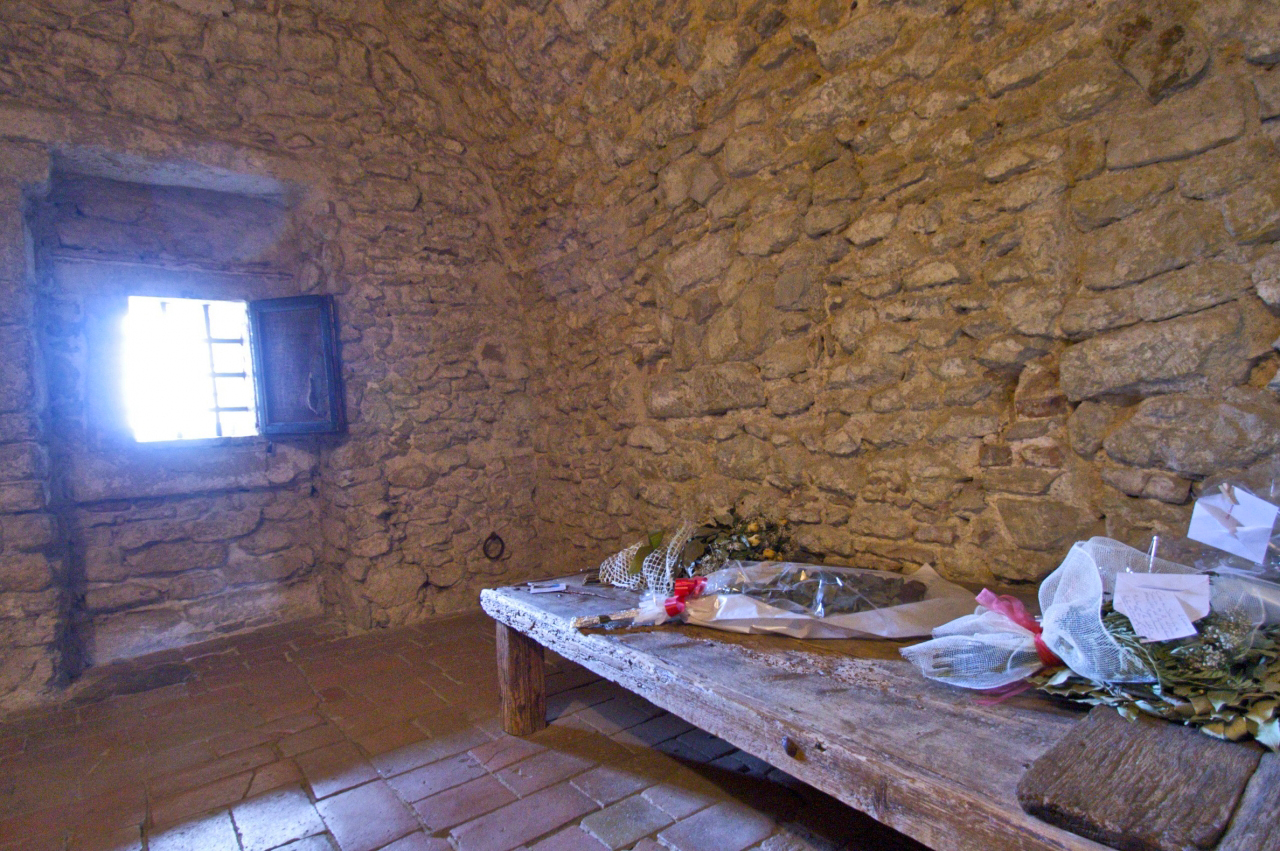 Another place very linked to mystery and magic is the San Leo Fortress, place of imprisonment and death of the famous alchemist and esotericist Giuseppe Balsamo, nicknamed Count of Cagliostro. After a wandering and fraudulent life in the courts of Europe, Cagliostro was judged heretic, sentenced to life imprisonment and locked up in the Fort of San Leo, considered one of the harder jails of that time.

Here he was segregated (lowered through a trapdoor of the ceiling) in the most isolated and impregnable cell, the so-called Pozzetto, a room of 10 sq without a door and equipped with a single window not wider than a slit, with a triple series of bars. In this humid and cramped place, after 4 long years of imprisonment, Cagliostro died because of a stroke. His cell can be visited today during the visit to the Fortress, and we assure you that just a few minutes inside it will give you the creeps. Even the nearby Maiolo is linked to a very particular legend, the legend of the Angelic Dance. It is said that some inhabitants of the ancient village of Maioletto used to organize a dancing party whose participants had to be completely naked, without shame and modesty (the name of the dance derives from the nudity that religion attributes to angels): a quite original dress-code for the time! This practice took place in the rooms of the Fortress and everyone could take part, without distinction of age and gender.

One night, during one of these parties, an angel appeared to admonish the participants threatening a terrible punishment if other dances were repeated, and at the following dance the wrath of God actually broke out: after 40 hours of rain, the night of 29 May 1700, the mountain collapsed, destroying the castle and the surrounding houses, killing men and animals.
Only a few ruins remained of one of the most impregnable fortresses of the entire Marecchia Valley, but the town rebuilt downstream, is today famous for its bread.

We end this journey among the mysteries of the Rimini area in Casteldelci, where the alchemist Nicola Gambetti lived, who became famous as a self-styled healer. During his life Nicola dealt with thaumaturgy, medicine, veterinary medicine and chemistry and declared to have the mission to alleviate suffering, the reason is why he often offered free services. he acquired popularity maybe also because of its appearance: he was, in fact, a tall man, with a long white beard, who moved on a white horse, always wearing a brimmed hat and half-wool clothes in both summer and winter.

Little do we know for sure of his life, if not his most famous and astonishing enterprise: called by King Vittorio Emanuele III to help Queen Elena, whose delivery was eight days late, placed his big hat on the queen’s belly, who gave birth to his child shortly thereafter. This earned him a reward from the King, who confirmed his healing power.

If you know other mysterious legends of the territory of Rimini, leave us a comment: we’ll be happy to discover new ones