Let’s start from the beginning. The history of Lambrusco has its roots in ancient centuries, when the nomadic hunter man has found it convenient to stop in those places that could guarantee him an adequate exploitation of resources thanks to agriculture and breeding.

It was precisely at that time that the first populations began to select the plants suitable for their sustenance, that could guarantee edible fruits throughout the year. The vine was no exception, which at the time was a wild plant that grew up climbing to other plants and was later named by the Romans “Lambrusca”, or wild plant.

From then until the present day, the passion for the cultivation of the vine has never ceased to engage Italians, giving rise to those that are still today defined among the best wines in the world and to the most important and renowned wine cellars.

To trace the history of this long journey, but above all to celebrate the King of the Emilia Tables, we decided to list the 6 most curious points in the history of Lambrusco, six sips of red nectar in which to get lost, to finally find all the thickness and dignity of one of the oldest and most famous vines in the world.

1. The vine planted – The Gauls, the Etruscans and the wine

2. Lambrusca Vitis – Virgil and the Latins


The name Lambrusco is probably due to the Latin poet Virgil who in his Quinta Bucolica mentions a “Lambrusca Vitis”, that is a wild grape that produces fruits with a sour taste and that grows on the edge of the countryside.

The vocation of these lands to wine production is also mentioned by Strabo in the 3rd century aC, who observed that here there were wooden barrels larger than houses and also by Pliny the Elder, who marveled at the blood-red color that leaves of this vine have before they fall. 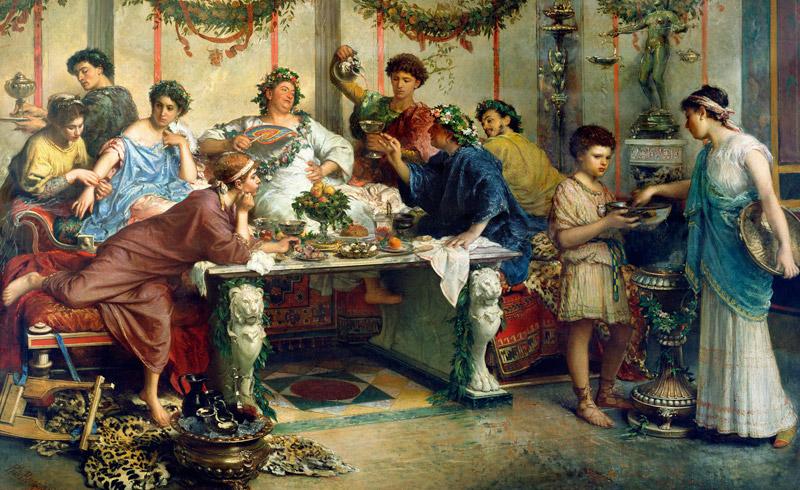 3. Matilde of Canossa, Sorbara and the vine


On 2 July 1084 the area near Sorbara (Modena) hosted one of the most famous battles for the history of Italy, and for Lambrusco history as well. On the one hand, the papist thread of Matilda of Canossa, on the other the followers of Emperor Henry IV of Franconia.

According to the legend, the troops that were besieging the castle indulged in abundant banquets, due to the presence of good food and good Lambrusco wine on their tables, deliberately dropped into their hands by the men of Matilde di Canossa. They sinked so deeply into sleep that they were taken by surprise and, unable to fight adequately, were defeated.


After the fall of the Roman Empire and the arrival of the Barbarians on the Italian territory, what survived was a type of quality viticulture mainly linked to monasteries and fortified villages. This was the period in which the cultivation of the classic rows that we can still see today in our countryside spread widely.
Wine was indispensable for Christian worship: it was widely used by monks in medical function and was highly appreciated by the nascent courts and nobles of every part of Italy.

Wine was exported throughout Europe, often given to European families as a gift from Italian nobles. It is precisely in this period that the wine-making techniques and productions that we still know today were refined and, in particular Lambrusco, was much appreciated in Europe for its light and sparkling character…features that makes us appreciate it even today, centuries later.

5. The cork and the bottle


Technological innovations bring with them always great changes and so it was also when glass and cork were introduced in the conservation of wine. In particular for Lambrusco this type of innovation led to considerable benefits: the glass bottle in fact allowed different processing and fermentation, ease of transport and better preservation of wine aromas; all characteristics that give Lambrusco the typical sparkling characteristic that we still appreciate.


After a journey of about 2000 years, we arrive to our days. The reality of Lambrusco in the Modena area changed considerably in the early twentieth century, with the advent of Social Cellars. The first to be founded was the one of Carpi and in 1908, among the firsts in Europe, Modena had its own Social Cellar too. Already in 1934 Lambrusco was appreciated in France, Switzerland and Germany, so that the experts qualified it as “the best, the most important and renowned Italian sparkling red wine”.

Thus the fortune of the Lambrusco wine of Emilia begins, which from that moment started to be exported and known throughout the world and which today represents one of the most important and ancient productions of the area between Modena and Reggio Emilia.