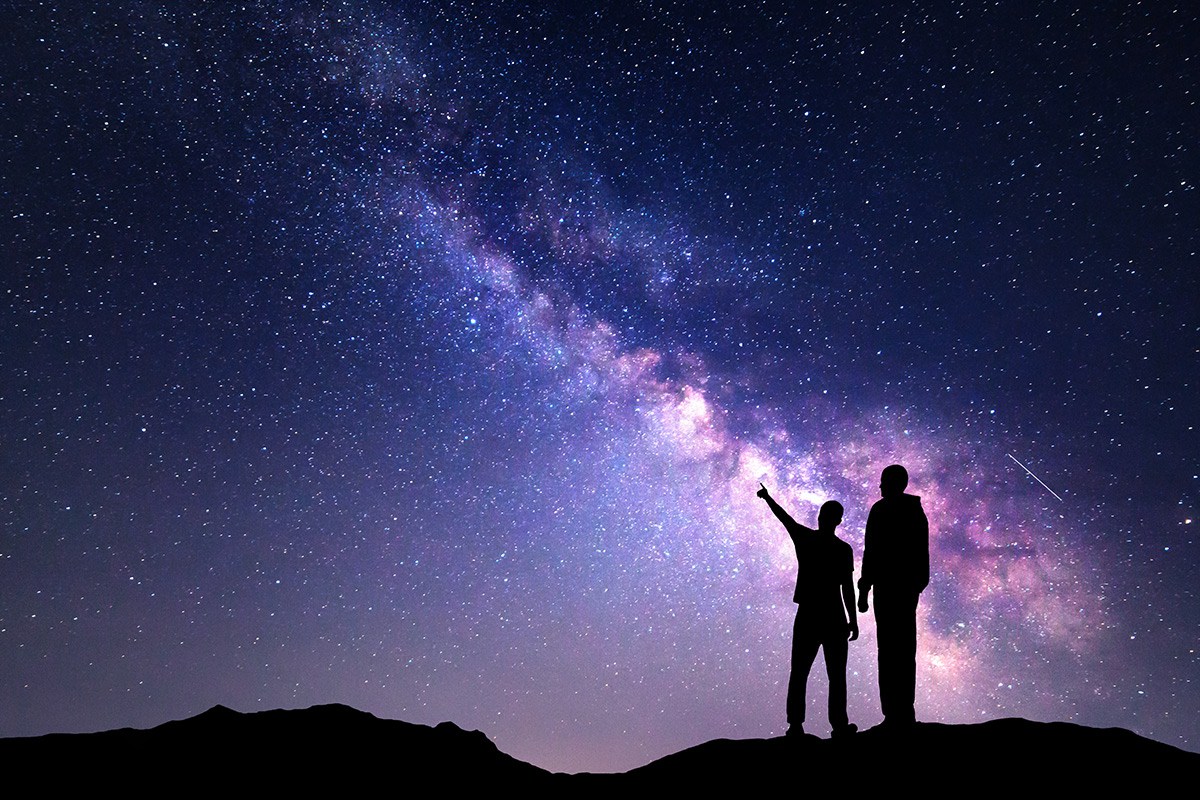 Where to Gaze at the Stars in Emilia-Romagna

In front of a summer sky dotted by stars, I challenge anyone not to turn into a hopeless romantic or a fascinating dreamer. A clear night with deep dark, a lawn where to lay on, and maybe a person you like at your side is all you need.

As soon as you are there, you will be invaded by a sense of peace and well-being, and an instinctive curiosity for the great unknown will recall the eternal existential questions of men that already the Greek philosophy put forward: who are we and where do we come from?

Stargazing, especially in the summer nights, is an amazing experience that I am sure everyone has experienced at least once in a lifetime. The Moon, the planets, the nebulae and the galaxies… there are so many people who deal with the so-called astronomical tourism. They go in search of the most beautiful places in the World where to observe the sky, especially on the occasion of particular astronomical events such as a solar eclipse or a lunar eclipse or a meteor shower. 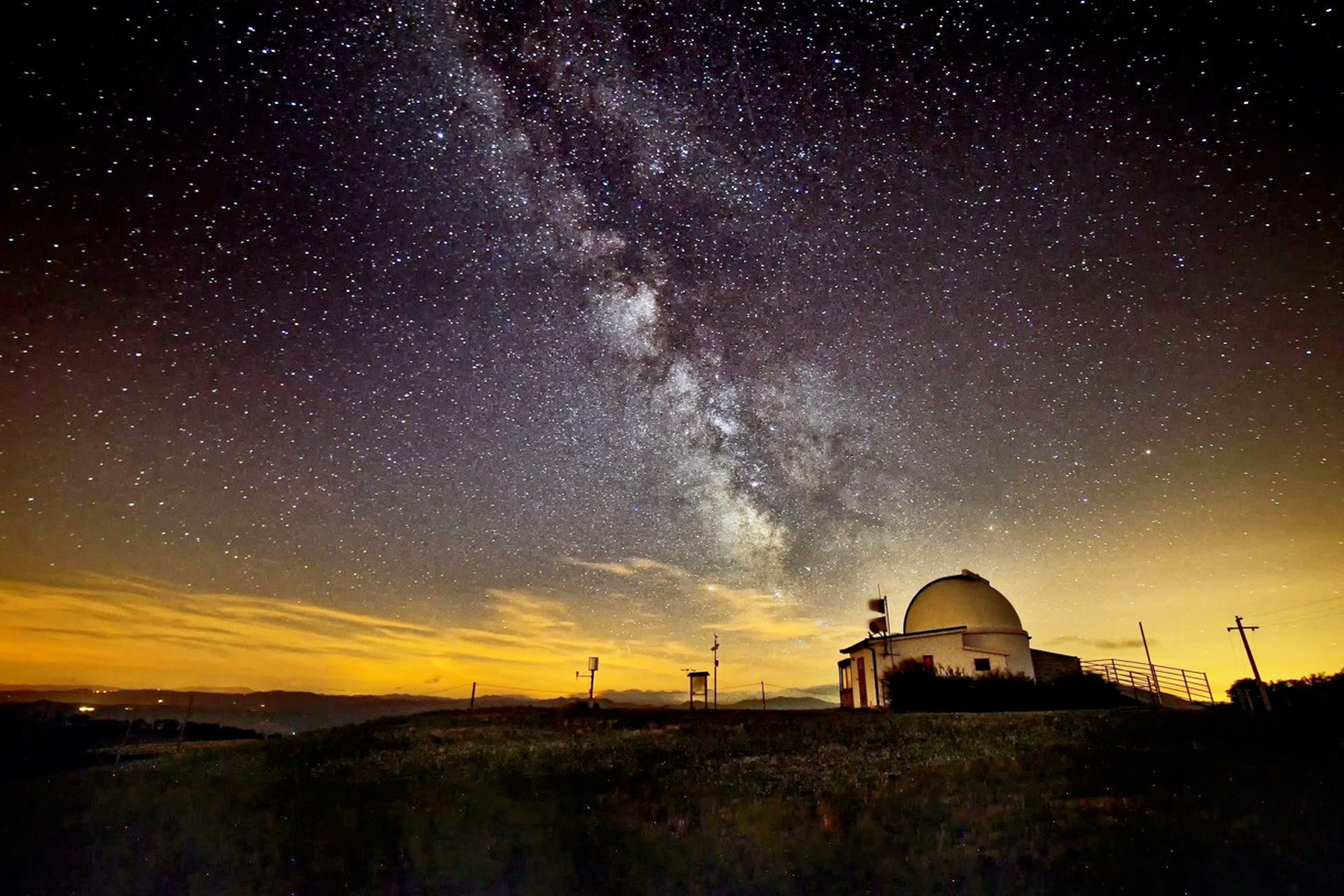 In Emilia Romagna are so many isolated places where the starred sky envelops you all around. The Apennines belt is of course one of the best ones: there are many spots away from the lights and the cities’ glare where to gaze into infinity.

The pass of Croce Arcana, for instance, in the province of Modena, is known as a privileged place from where to observe the vaulted ceiling and look for the famous falling stars. Same fame for Monte Cimone, the highest mountain in Emilia Romagna (2165 m) and the parks in the Hermitage Madonna del Faggio on Monte Carpegna, in the heart of the Natural Park Sasso Simone and Simoncello.

The most important thing is to minimize the so-called light pollution. For this, the Light Pollution Map may be a useful tool to consult: it is updated and mobile responsive, and it shows in a very simple and immediate way which are the darkest places on Earth where the sky is not subject to Light Pollution. 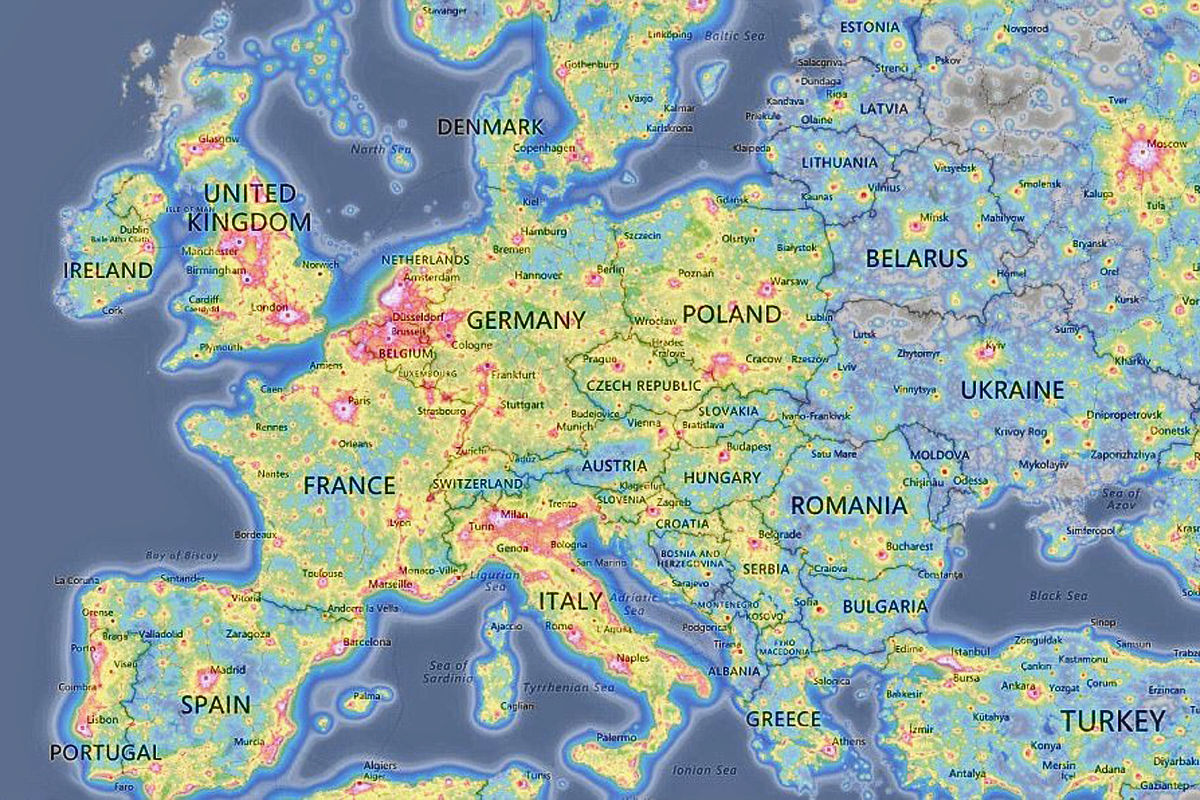 If you look at this map, you realize that in Emilia Romagna the area between the Municipality of Borgo Val di Taro and Bardi is one of the best areas in Northern Italy for the quality of the starred sky.

Beyond all these observations, the region has many astronomical observatories to observe the stars and try to understand them. They are scientific places open to all, where you can go and have the extraordinary experience of using a telescope and listening to the experts talking about the latest discoveries about the universe.

And finally, here you are with a list of the most known and visited planetariums and observatories in Emilia Romagna.

Lost in the countryside of the lowlands in the area of Reggio, the observatory has been designed on a panoramic area of 3,000 sqm in order to allow any kind of observation activity for amateurs or for astronomical education.

This little municipal observatory in the countryside of Modena, created between 1977 and 1978 thanks to the volunteers and the members of Associazione Montanari is located only 18 mt a.s.l., and it organizes many educational and scientific activities, especially on Friday when it is open to all.

This area is entirely dedicated to astronomy, with a planetarium and the museum hosting the most important Italian collection of meteorites (more than 400 samples!): Museo del Cielo e Della Terra in San Giovanni in Persiceto offers the chance to see real shows of sky observation, thanks also to the nearby astronomical observatory “Giorgio Albetti”.

Located at 651 mt of height in Ca’ Antinori, between Medelana and Monte Pastore, the astronomical observatory “Felsina” is in a calm area in the forest of the central Apennines of Bologna. Run by Associazione Astrofili Bolognesi, it offers visual and photographic observations both at a scientifical and amateur level

Located 37 km away from Bologna, at 800 mt of height on the Tuscan-Emilian Apennines, the Astronomical Station of Loiano is the perfect place to stargaze.
Two cupolas and a big telescope (with its 150 cm it is the second biggest telescope in Italy after that on Cima Ekar in Asiago) invite curious and enthusiasts to search infinity.

The place, of course, has not been chosen randomly: located 400 mt a.s.l., the Astronomical Observatory of Montemaggiore is in a good position for sky observations, away from mist, fog, and lights.
Standing 7 km from Predappio Alta, its structure with a sliding roof allows easy observation of the vaulted ceiling from the comfortable inside of the structure.

In the Municipality of Brisighella, 765 mt a.s.l, the Astronomical Observatory of Monteromano is the ideal place for stargazing, away from the light pollution of the Romagna countryside. The big white 5 mt-large cupola offers an all-around panorama with an amazing view and of the entire celestial vault.

Built-in 1977 from an old ruin of the Curia of Rimini, the Astronomical Observatory “Niccolò Copernico” has been studying the sky and its stars for more than 40 years. To take part in its activities you have to enrol and become a member of the association “Gruppo Astrofili N. Copernico”.
In this way, you will have the chance to participate in the seminaries of astronomical observation, in the activities of sky-search or in the many educational conferences on site and the other special astronomical events.