Gualtieri, a small yet richly historical town on the banks of the River Po, is an acknowledged masterpiece of late-16th-century urbanism.

Gualtieri is first documented during the period of Longobard rule as Castrum Vultureno.
It then became Castrum Walterii, named after the Longobard Gualtiero, who lived here in the 7th century.
Yet it is from the second half of the 15th century that the story of Gualtieri as we now know it begins. The town belonged to the Sforza family until 1476, when the feud entered the domains of the Este family of Ferrara, who held it until 1860.

From 1560 to 1635, it was administered by the wealthy Bentivoglio family, who created the new town based on sophisticated late-Mannerist models with a rigid application of the laws of perspective. The result was a huge stage to magnify the power of the Marquis. In 1635, Enzo Bentivoglio, at Duke Francesco I d’Este’s behest, swapped Gualtieri for the town of Scandiano. From then until the unification of Italy, Gualtieri was directly owned by the Estes.

Gualtieri is also known for two major flood disasters, in 1765 and 1951, when water levels in the square reached 3.50 metres and 3.80 metres, respectively.

The first port of call when visiting Gualtieri is the 16th-century Piazza Bentivoglio, the heart of the unpretentious little town overlooking its main monuments: Bentivoglio Palace, the Civic Tower and the church of Santa Maria della Neve. 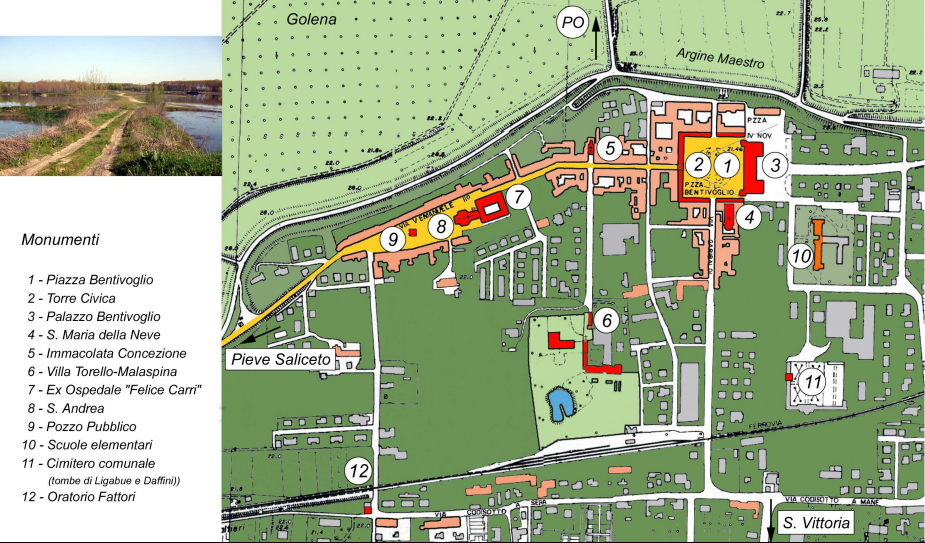 The piazza, a perfect square of side 96 metres, was built as both a public place for the community and a courtyard of honour for the palace. The eastern backdrop is Bentivoglio Palace (of which only the main façade now remains), erected by Ippolito Bentivoglio between 1594 and 1608 to a design by Gian Battista Aleotti, also known as Argenta. Inside the palace, the Lords’ Chapel, Aeneas’ Hall, Jupiter’s Hall, Icarus’ Hall, the Giant’s Salon and the Carpenters’ Hall, with its art treasures and frescoes, are all well worth seeing. 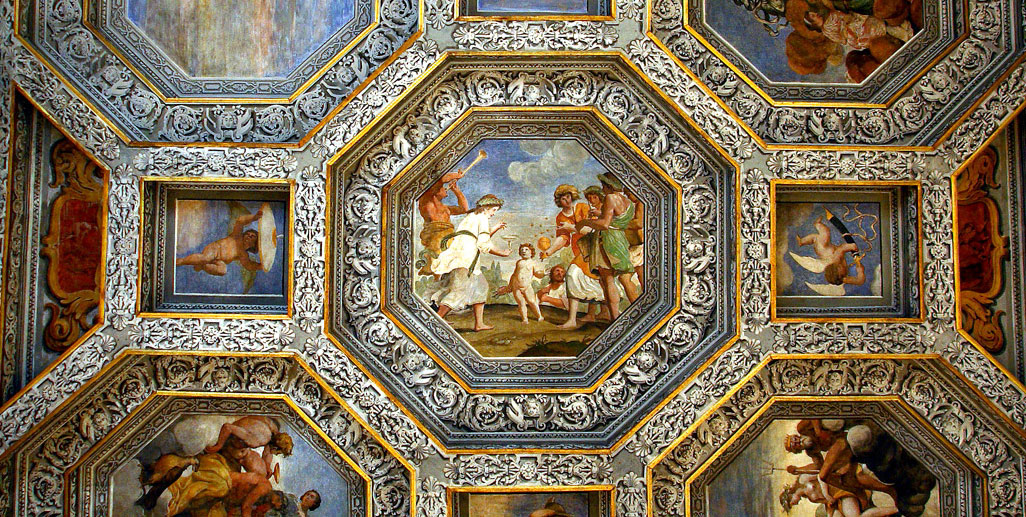 The next place to explore in Gualtieri is its rather special community theatre. The Prince’s Theatre in the northern wing of Bentivoglio Palace was built in 1775 in baroque style and demolished and rebuilt between 1905 and 1912.

At the end of a long avenue, Villa Torello-Malaspina-Guarienti is a neoclassical gem. We can highly recommend a visit to the garden, which is still one of the most interesting examples of a romantic English garden in the Reggio Emilia area.

Extensive drainage and land-reclamation work has been done around Gualtieri. The project was initially put forward by the Gonzaga family but actually implemented by Cornelio Bentivoglio. He got all the important families in the area on side to manage the flood risk in the surrounding marshes – and was rewarded for his endeavours by being elevated to Marquis of Gualtieri. Today, the results of the Gualtieri reclamation and landscaping project can be easily visited by bicycle via the handy network of cycle routes.

Spring: Level ground and spring blooms make the ideal setting for a bike ride along the Po cycle routes.

Winter: Gualtieri is a classic Renaissance gem. So what better than to explore the historic squares and noble palaces, the ample halls and private milieux of the Marquises Bentivoglio?

Gualtieri Antique Market, an idea of the town council’s, has been held on every second Sunday of the month (except August) since March 1988 in beautiful Piazza Bentivoglio, a marvel of Renaissance architecture.

The area has a quite splendid local food and wine tradition.

Start with the pork, the river fish, and the pumpkins that grow in the fields; then move on to the traditional Reggio Emilia balsamic vinegar, Lambrusco wine and the king of cheese – Parmigiano Reggiano.

But if it’s a truly local specialty that you’re after, try the fried dumplings, an authentic delicacy to enjoy with local cheeses and cold cuts.

Antonio Ligabue, one of the most important figures in Italian painting.
Umberto Tirelli, a costume designer for the film and entertainment industry.

For those who are interested in country trails and pilgrim paths, the hamlet of Santa Vittoria is on the second stage of the Matilda Way. 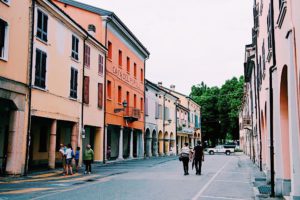