The most beautiful rose gardens in Emilia-Romagna

The places where you can experience the enchantment of flowering between May and June in Emilia-Romagna.

In Emilia-Romagna, the magical moment to discover the most beautiful and sumptuous parks, wonderfully adorned by a sea of fragrant roses, is between May and June

In nature there are at least 150 species of roses: bush roses, grouped flowers, landscape’s roses, climbing roses, sapling roses, miniature roses, weeping roses, roses that are “signed” with copyright from the largest international selectors. And it is perhaps for this reason that every time you enter a rose garden the magic is always new.
Here is a series of addresses, some almost secret, to go on a tour “from rose to rose”.

In the park of the Gropparello Castle, about 30 km from Piacenza, there is the Museum of the Rising Rose: an itinerary among 1200 specimens, 125 varieties, 17 rose gardens. You can find ancient roses with 5 petals and roses with 100 petals, musky roses, and those with 3 cm long thorns.

There are little families of “Baby Austen”, the typical English roses that climb the facades of the cottages, but also lemon-scented buds and those with a hint of peach or tea.
Many specimens have their own copyright and come from famous garden centers, such as the Baronne de Rothschild rose, a swirl of 40 purple solferino petals, or the Renaissance rose Alba Maxima, with a whiteness tinged with apricot and a fragrance of spices that blooms only once in May.

As soon as you enter the park of 150,000 square meters of the Castle of Grazzano Visconti, in the municipality of Vigolzone (12 km from Piacenza), you lose the notion of time, because the place is a paradise that hosts a great variety of botanical species, mirrors of water with water lilies, statues, fountains and various fragrant rose gardens.

There are also a 150-year-old plane tree and a 26-meter lime tree with a “stump” (part of a tree trunk cut to the ground or cut off for natural causes, from which new shoots sprout) of six trunks with a diameter of one meter.

Three hectares of hills around a pond and a panoramic view of the surrounding gullies are the environment in which the Garden Museum of Ancient Roses in Serramazzoni develops, 25 km from Modena. Here 800 varieties of roses grow spontaneously from all over the world: Europe, Japan, Middle East, China, America.

Among the roses that can be admired (and smelled), there are the endemic one of the Himalaya, the Rosa Balsamina, with scented leaves, discovered in 1700, the Rosa Sericea Pteracantha, which is the only rose in the world with only four petals and with huge translucent red spines in the shape of a wing.
And there is also the smallest rose in the world, Mutiflora Watsoniana: it looks like an explosion of white flowers and two-millimeter leaves, it comes from Japan and is a rose for collectors.

With a diversion towards the hill from the Via Emilia between Bologna and Castel San Pietro Terme you reach the relais/spa Palazzo di Varignana. The old country house is surrounded by a well-kept three-hectare garden belonging to the network of the “Great Italian Gardens“.

The ornamental Garden was designed by creating walls, terraces and a collection of more than 100 oaks of 76 different species: it is one of the most important arboreal heritage of this type in Italy.

The scented path of roses blends into the landscape with that of trees. A hundred different species thrive in the park, among these are the Rosa Ballerina, composed of rich clusters of pink flowers with a white center – similar to small tutus – and the Teasing Georgia, with the large yellow flowers in the shape of a rosette and fragrance of rosa thea, which in 2000 won the Henry Edland award for “Most Fragrant Rose” of the year.

Villa La Babina in Sasso Morelli, Imola, is an oasis of peace in the placid Bolognese countryside. The Villa has the characteristics of the noble parks of the stately homes of the 1700s and has been restored to the majesty of the past by a food cooperative in the area.

In the park, there are numerous varieties of roses, ancient and recent, including some of the famous Vivaio Barni. In the park, you can stroll peacefully along the oval path, to which various paths connect.
There are also centuries-old trees, holm oaks, large elm, and two Atlas cedars that stand out among fragrant flower beds and fragrant rose gardens.

Palazzo Fantini is an eighteenth-century palace in the center of Tredozio, a small village on the hills between Romagna and Tuscany. The garden, designed in 1800 with box hedges, secret passages, fountains, water lilies, ancient roses and centuries-old trees, is part of the Grandi Giardini Italiani circuit.

In the courtyard, among Art Nouveau winter gardens and terracotta nymphs, scented climbing roses grow, such as Guinée, crimson red, Nahema, which in 1997 won the best fragrance award, and the Pierre de Ronsard, with its unmistakable pink and white flower.

In the Italian garden, there are families of polyantha roses, and small roses like the Dick Koster: bouquets of flowers similar to red buttercups, gracefully in bloom throughout the season. In the center stands the rose dedicated to Grandi Giardini Italiani.
A Dorothy Perkins waterfall of roses frames the arches of the greenhouse from late May to June.
Further on, there is the thornless creeper Rosa Banksie Lutea, with its sulfur yellow bloom, and along the paths the Rosa Chinensis Mutabilis, whose flowers turn from chamois to pink and coppery red.

A group of teachers, after visiting some historic rose gardens, decided to create a collection of ancient roses in the garden of the Persolino-Strocchi Agricultural Institute in Faenza.

In the garden, which is one of the places considered of landscape interest by Fai, there are today about 500 plants divided into 100 different varieties, some of which are very ancient, such as the Rosa Gallica Versicolor, known as Rosa Mundi, probably dating back to the 12th century.
There is also the Chapeau De Napoleon: legend has it that this rose was found in a crack in a wall of a convent in Switzerland in 1820. It is so-called because the innermost buds recall the Emperor’s tricorn hat. 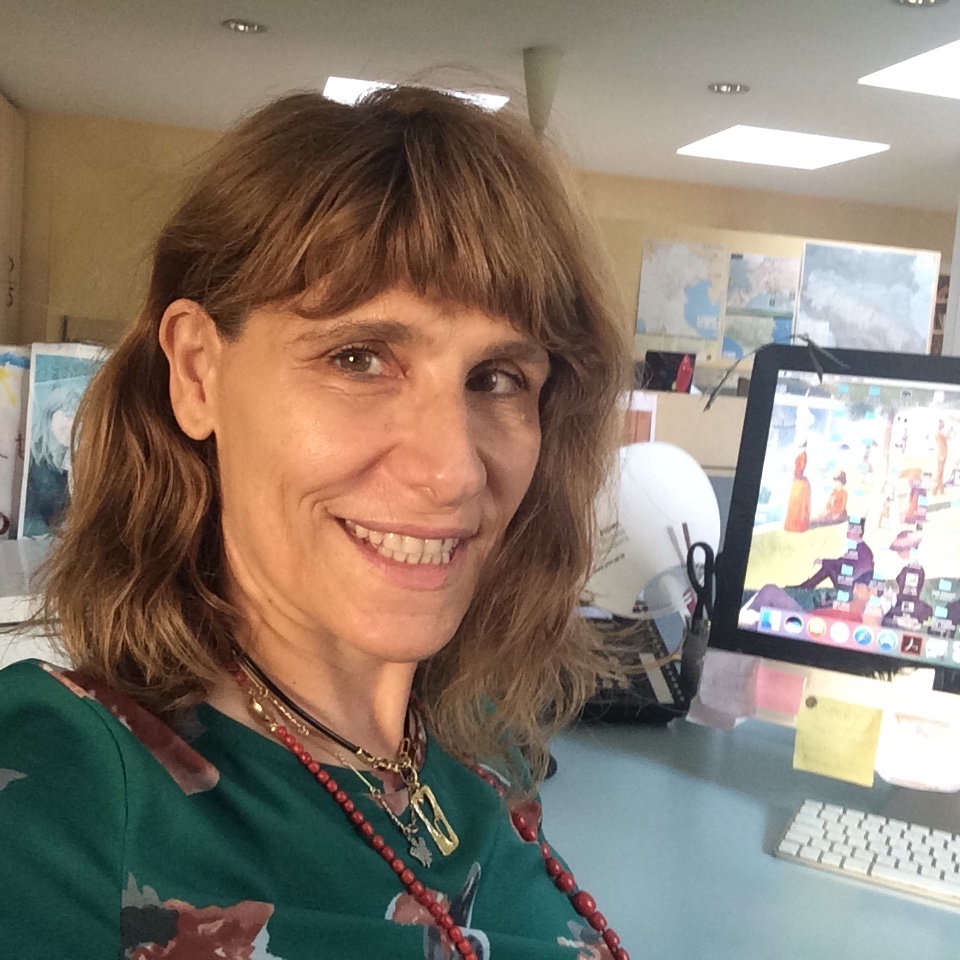 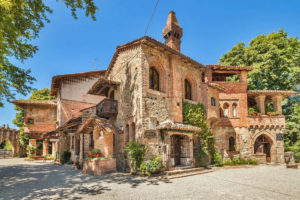