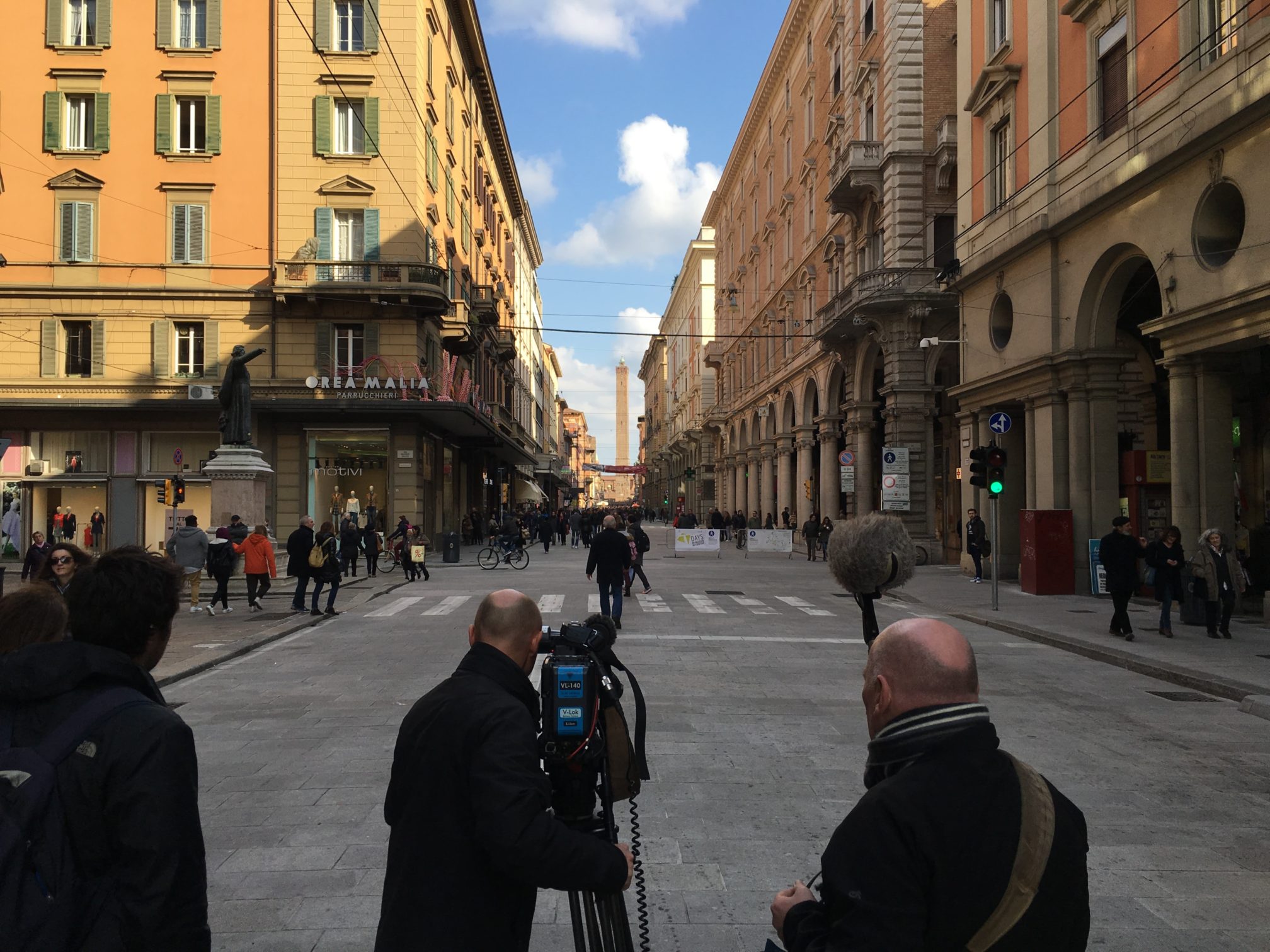 On May 20 the 5th episode of Rick Stein’s Long Weekends has been aired on BBC Two: an episode dedicated to our Bologna, the red – fat – learned city.
If you missed it, you can watch the BBC podcast (just for UK viewers) or buy it on BBC Store for £1.89.

Rick Stein visits Bologna in northern Italy, a city so famous for its food that it is sometimes described as the stomach of Italy. He learns how to make the local fresh egg pasta used for tortellini, tagliatelle, ravioli and lasagne. There is stuffed rabbit filled with parma ham and parmesan frittata for dinner. At the market Rick finds a fish stall and cafe, where he enjoys squid stuffed with mashed potato and capers. Bologna is a medieval city with a university even older than Oxford, and Rick explores the cloisters and the Whispering Walls. He even climbs Bologna’s famous Asinelli Tower, despite vertigo. He also drives up into the hills to a cheese dairy, where he tastes 13-year-old parmesan. Nearby, there is lunch at a pig farm with restaurant attached. Out in the back they are making brawn, but for the crew lunch they serve huge pork steaks grilled over charcoal, with a big glass of local Sangiovese wine. Delicious.

And if you want to bring into your home a taste of our food tradition,
check out Rick Stein’s recipe of Bolognese sausage ragù with tagliatelle. 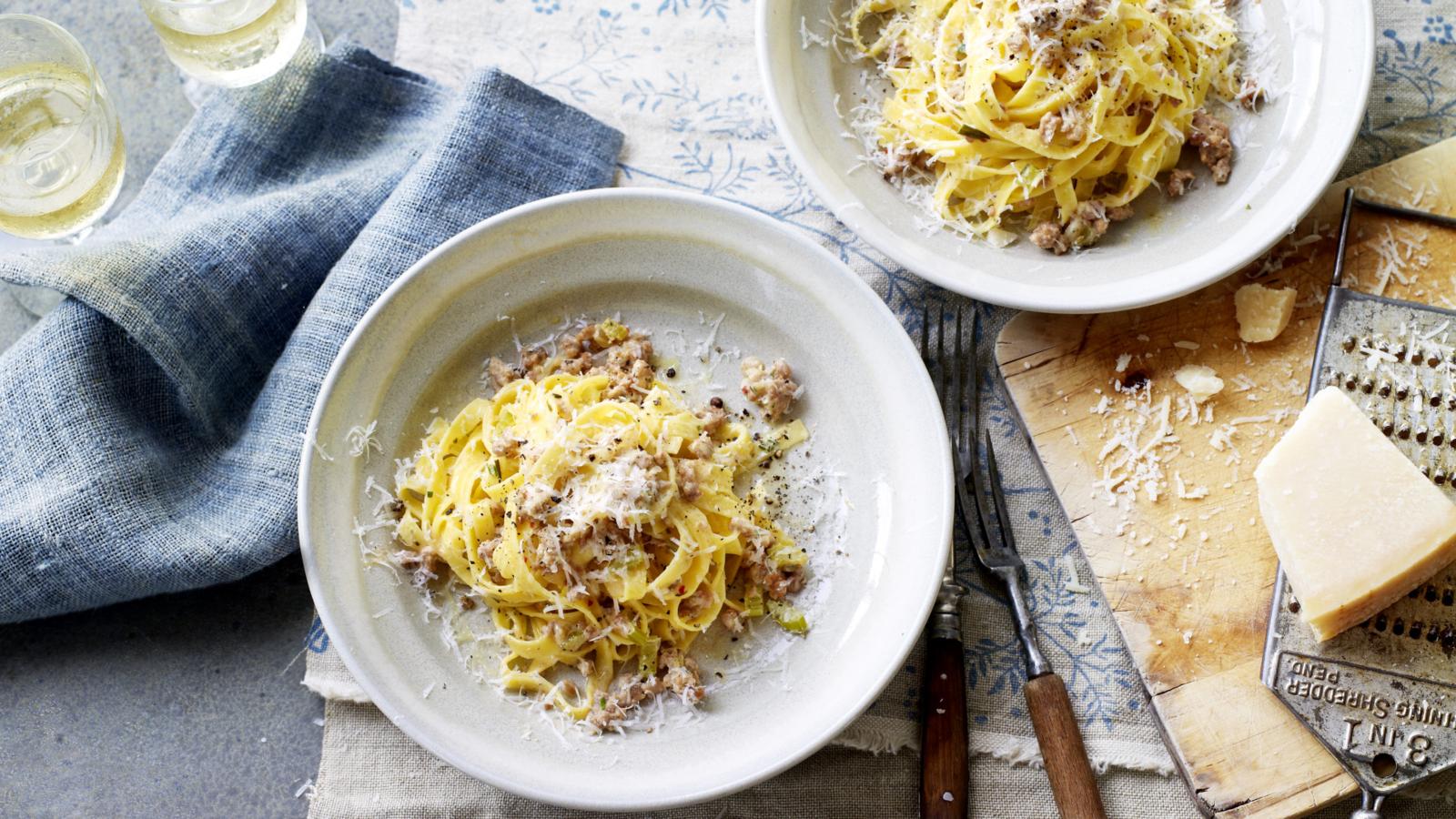