Between Competition and History: Palios in Emilia-Romagna

The tradition of the Palio is one of the most fascinating traditions in Italian history. It is a competition between the “contrade”, divided into districts or villages, of a city or territorially close entities. It consists of different kinds of racing: horse racing, boys and girls racing, and even boat racing. Almost all the Palios are born from the tradition of medieval or renaissance jousting, tributes made in honor of nobles and special occasions that later rooted in the territory. Over the years the competition has been enriched by historical re-enactments and events aimed at celebrating culture and tradition. There are many Palios in Emilia-Romagna, each one to discover. If you want to spend a weekend in the magical atmosphere of the past and witness the excitement of a race you will find many interesting ideas.

Ferrara’s Palio is the oldest documented one in Italy, dating back to the XIII century. It comes from the games organized after the victory of Azzo VII d’Este against Ezzelino Romano. It is held on the last Sunday of May to remember the appointment as Duke of Borso d’Este by Pope Paul II in 1471. After a long pause in the 1600s, Ferrara’s Palio was revitalized in 1938, interrupted during the Second World War, and officially returned to its glory in 1967.

The Sunday race is held in the evocative Piazza Ariostea, signing the closure of a whole month of celebrations, parades and other competitions among the eight colorful districts of Ferrara. The race is divided into four categories: the race of “putti” and “putte” (boys and girls under 15 years), the race of the donkeys and, most importantly, the race of the Berbers, or half-breed horses.

If you already have in mind to visit Ferrara and its wonders, the Palio is an excellent chance to catch.

It is held regularly on the first Sunday of June. It was created in 1523 to honor the marriage between Camilla Gonzaga and Pier Maria III de ‘Rossi.

The districts of San Secondo compete in the ancient practice of the Quintana, or Saracen joust, in three days of tournaments from Friday to Sunday. The historical re-enactment that goes with the competition is truly evocative. On the first day, we see parading flag-wavers, musicians, and figures in medieval costume. On Saturday, after the procession of the spouses, the districts meet for the ritual of the propitiatory dinner (an excellent opportunity to taste the typical delights of the Parma area). Finally on Sunday, before the Palio, there’s the wedding, followed by the benediction of the horses.

The Palio di Parma dates to the early 1300s, where it would have been created to celebrate the marriage between Giberto III of Correggio and Engelenda Rossi of San Secondo. After a long and troubled history is definitely brought back by the sports federation of Parma in 1978.

The celebrations last two days and are held in mid-September. In the stunning frame of Parma, the historical re-enactments follow the three races of girls, boys, and donkeys. The winners of the races receive a banner designed and created by young local artists.

The competitions between flag-wavers are perhaps the most particular in Emilia-Romagna: the five districts compete contemporary in five different places, where the city-door are located. Indeed, the same participating districts take the names of the medieval gates: San Barbara, San Michele, Nuova, San Francesco and Santa Croce.

Not much is known about the origins of the Bobbio’s Districts Palio, but it definitely is a manifestation of undoubted historical value rooted in tradition. The five participating districts take the names of the historic medieval gates of the city: Alcarina, Fringuella, Agazzia, Legleria and Nova. The antiquity of the Palio is demonstrated by the fact that the five doors already existed in the twelfth century.

After the Sunday parade, the participants compete in a series of playful challenges: egg-throwing, archery, brick running, the greasy-pole, tug of war and, last but not least, the big binge. The location of the races in the squares and streets of the city is a great starting point to explore a small village located right in the heart of the four provinces of Emilia.

June has been, since 1959, Faenza‘s Palio’s month. But the history of this event is much older and more complex.
It was documented for the first time in the late 15th century, but it probably dates back to even earlier times. There are five districts involved, four of them descending from the ancient city division (Rioni Rosso, Giallo, Verde, and Nero) and one created specifically to involve the modern peripheral area of the city (Borgo Durbecco, former White Rione).

The peculiarity of Faenza’s Palio is the main competition: the bigorda tournament (in both traditional and youth version). This race assumes the classic form of the medieval carousel, where the riders challenge each other with lances.  Worthy of mention are the prizes to be won: the winner gets the banner of cloth, the second-placed a porchetta ham and the third-placed a rooster and garlic.
A must see is the flag-waving tournament: the beautiful figures and choreographies intertwine with the sounds of the musicians wearing traditional costumes.

Originally it was a contrast between Terra del Sole and Castrocaro Terme. Now the picturesque setting of the hills of Forlì sees the two districts of Terra del Sole compete: Borgo Romano and Borgo Fiorentino, remembering the ancient division between Romagna and Tuscany’s Grand Duchy.

The race, in this case, is special and unique: a crossbow shooting competition. A parade of five hundred actors, musicians, and flag-wavers precedes it, alongside with the inevitable ritual of the propitiatory dinner.

Also known as Palio del Daino, it came to its thirtieth edition in 2017. It dates back to 1497, when it was created as a celebration of a peace between the lords Malatesta and Montefeltro of Urbino.

In the small village of Mondaino, near Piero’s balconies, there are are four days of celebrations, games, banquets, and music, set in the third weekend of August. In addition to the parades and the classic tournaments between flag-wavers, the contenders compete in duels of swords and races between champions chosen by the rulers. Not to be missed is the funny race of the geese. 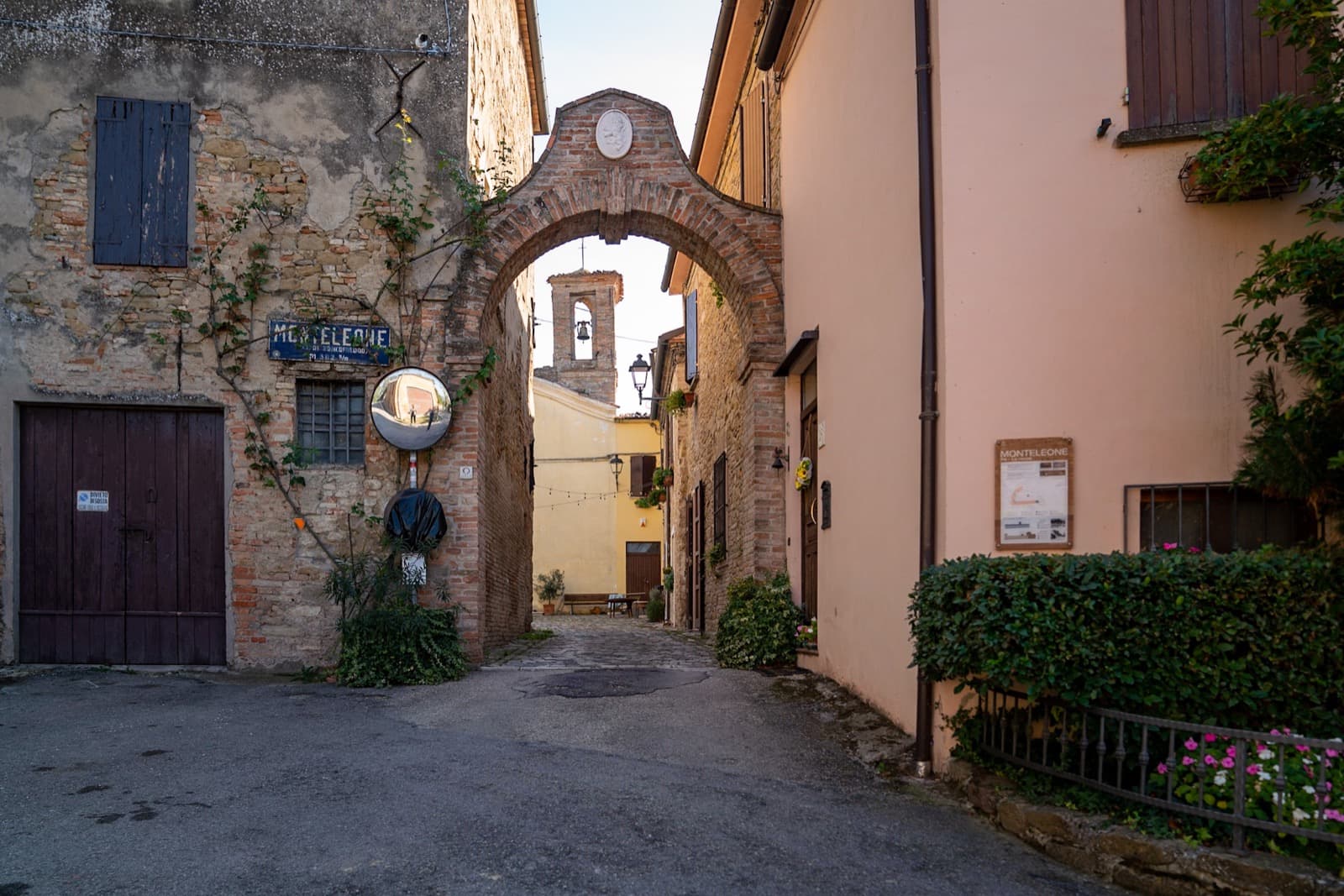 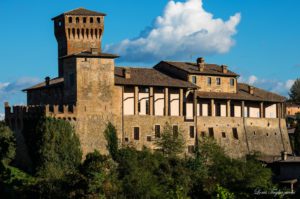 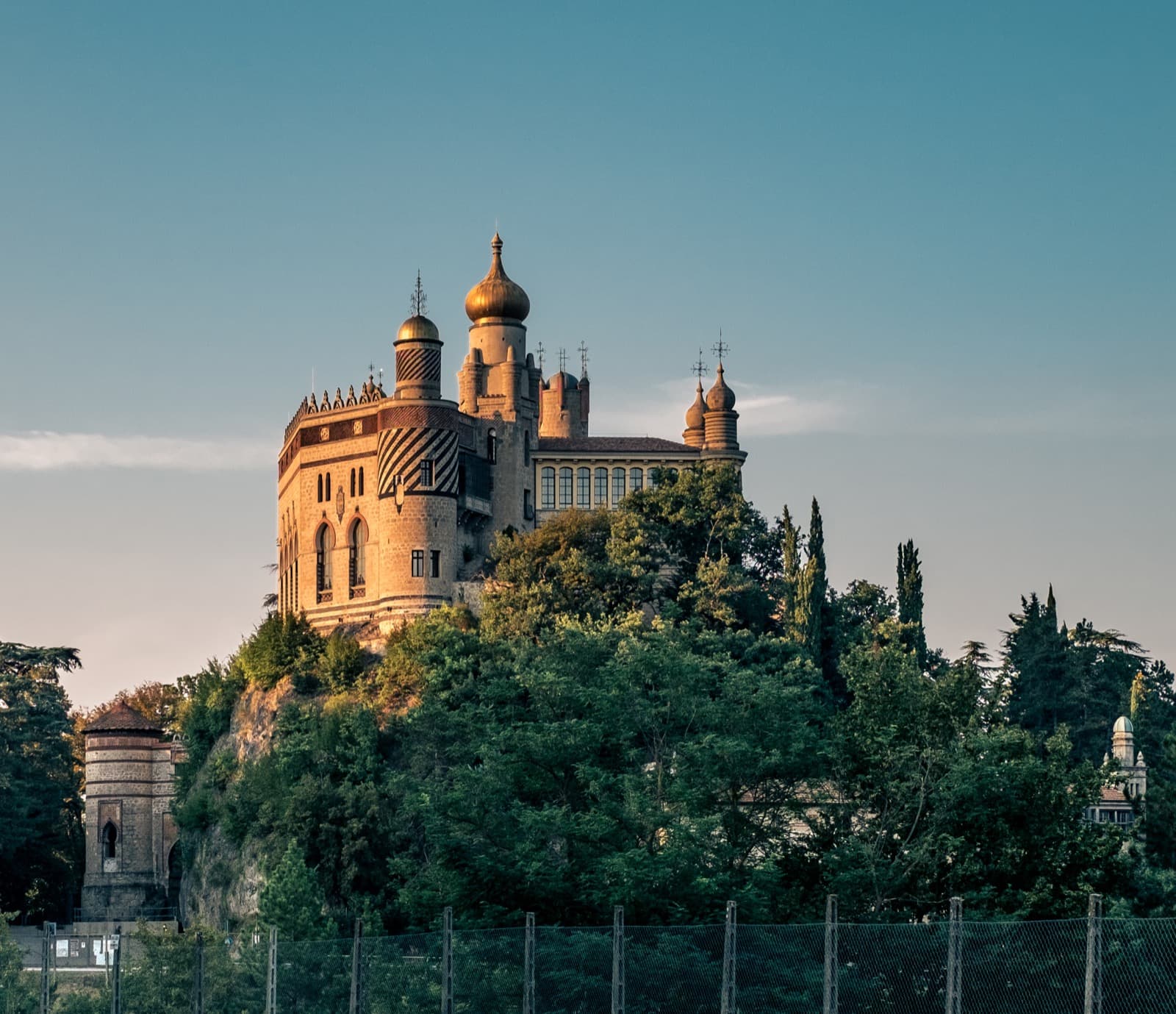