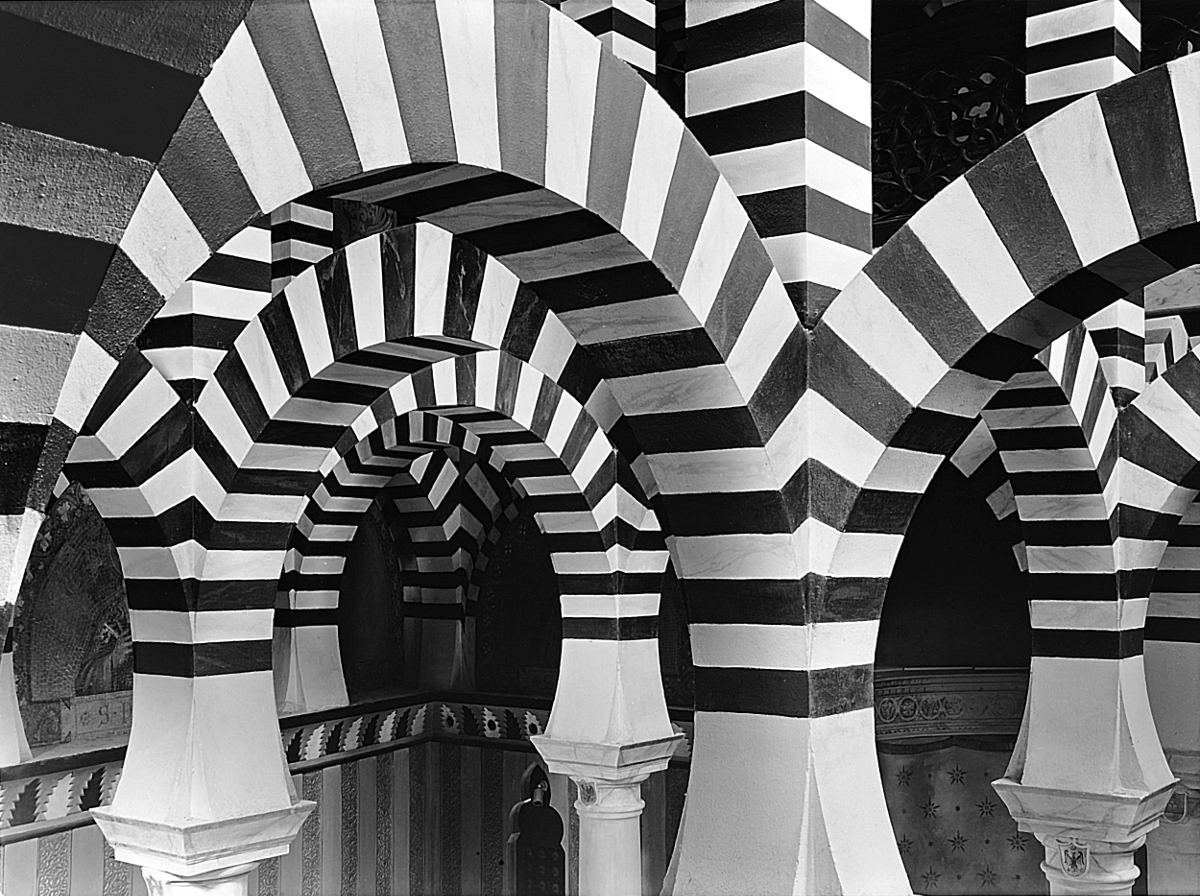 The history of this castle, located in the municipality of Grizzana Morandi in the province of Bologna, is very unique.
Cesare Mattei was born in Bologna in 1809. In his youth he used to spend time with important artists and intellectuals, who probably influenced his open and unusual mentality, which concretized in the construction of a multifaceted castle, union of many different styles and symbols.
He devoted his entire life to the study of an empirical medical science, called electrohomeopathy, and to its dissemination, which led him to reach a worldwide popularity in the twenty years 1860-1880.
At that time his fame pushed a lot of sick people coming from every part of the world to his Castle, the Rocchetta Mattei, where the patients were subjected to physical and spiritual care.
After a series of conflicts within the family, he died on 3 April 1896 at the age of 87.

Here is the Rocchetta Mattei in a photo shoot made in black and white film, developed and printed by me in my darkroom:

Antonio Biagiotti was born in Porretta Terme in the province of Bologna in 1971.
Practice photography from an early age. Soon he sensed the enormous expressive potential of black and white photography, a technique that he will never abandon and which will become the reference point of all his work.
Over the course of over twenty years he will experiment in his darkroom with an infinite number of materials and procedures, which will lead him to gain a deep knowledge of the techniques of development and printing.
www.antoniobiagiottifotografo.com