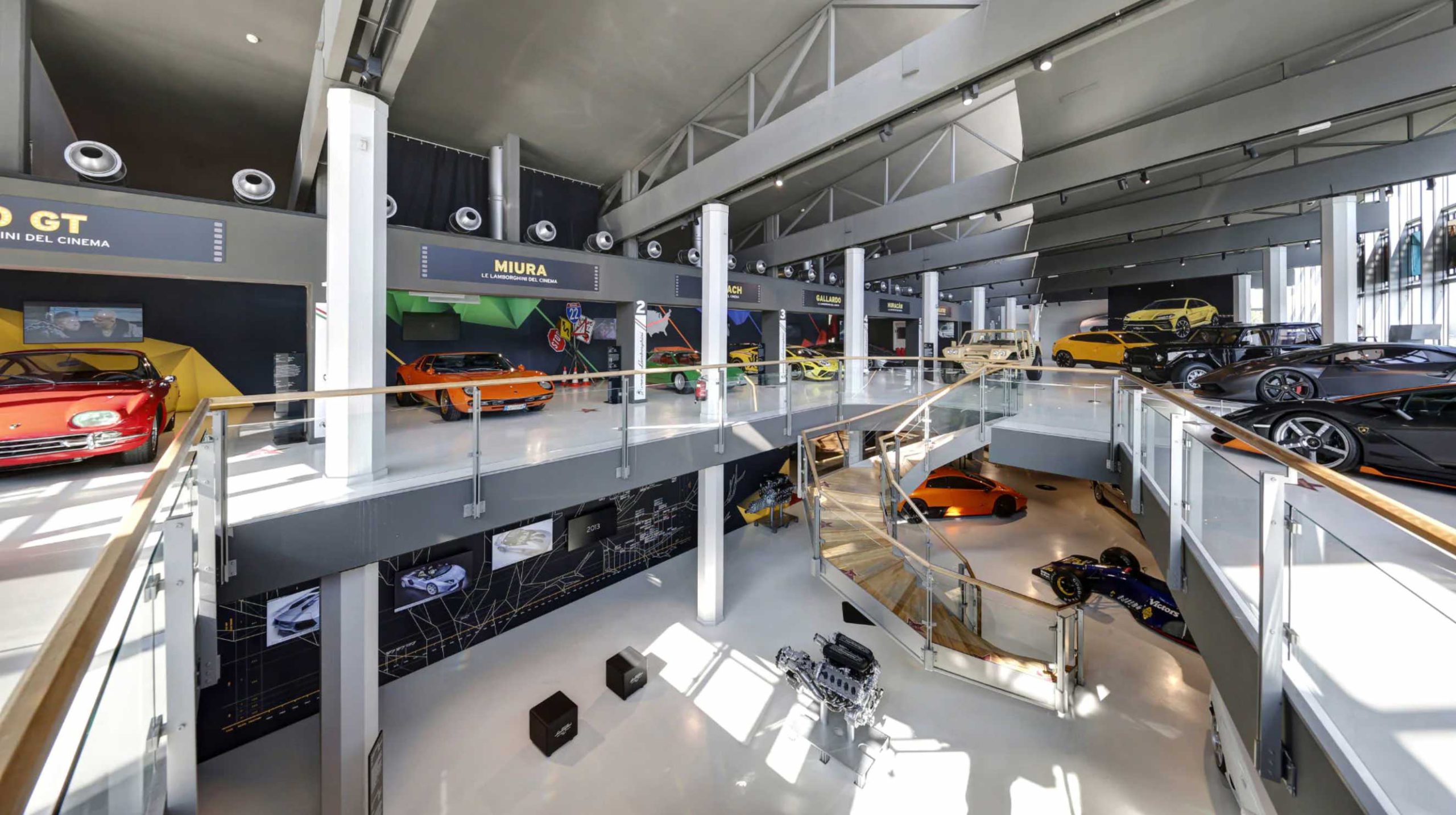 “This was the moment when I finally decided to create a perfect car”
Ferruccio Lamborghini, February 7th, 1963 – Sant’Agata Bolognese

The Lamborghini Museum in Sant’Agata Bolognese is an unmissable stop for fans of the historic Italian car manufacturer and is the result of Automobili Lamborghini’s desire to show to the world the Italian artisan tradition with innovation and technology that have always characterized the cars of the “Casa del Toro”.

The story of Ferruccio Lamborghini began during Second World War when he was sent to the Greek island of Rhodes where he was assigned to the management and arrangement of the car fleet in use by the Italian army. Thanks to the experience gained in those years, once back home, Ferruccio began to build tractors using pieces of old tanks left in Italy by the allies. At the time Italy was a country with an economy mostly agricultural and the production of tractors was a great success, also because the Lamborghini tractors were at the same time functional, economic and durable.
So Ferruccio soon had the chance to start a real tractor company, building his first factory in Cento, a town in the Ferrara area near his hometown.

In a short time, Ferruccio became quite wealthy to finally crown one of his greatest dreams: he loved super sports cars, so he decided to buy a Ferrari. From the beginning, however, Ferruccio did not feel really satisfied with the performance of his new car. As a mechanic and an industrialist, he considered Ferrari not up to his reputation, in particular in his view the clutch was not solid enough and broke too often.
The legend tells that he decided to talk directly to Enzo Ferrari and to point out his grievances. Enzo Ferrari, however, had a bloody and touchy character and in front of the remonstrance of Ferruccio gave the famous answer remained in the annals of motoring:

“Ferruccio, my cars work perfectly. The problem is YOU.
You are not able to drive super-sports cars properly because you are used to driving only your tractors. You’d better keep on tractors and let me take care of the sports cars. ”

For Ferruccio, Enzo Ferrari’s answer was a real challenge that he felt ready to collect: so he decided to start producing super-sports cars himself.

Automobili Lamborghini was therefore founded in 1963 and was completed one year later on a site located in Sant’Agata Bolognese. From that moment Lamborghini started producing its super sports cars, which over the years will become the symbol of Design, Style and sports cars Made in Italy. The museum, founded in 2001, traces this history of success and speed and was conceived as a sort of trait d’union between the historical part of the assembly plant and the new buildings. 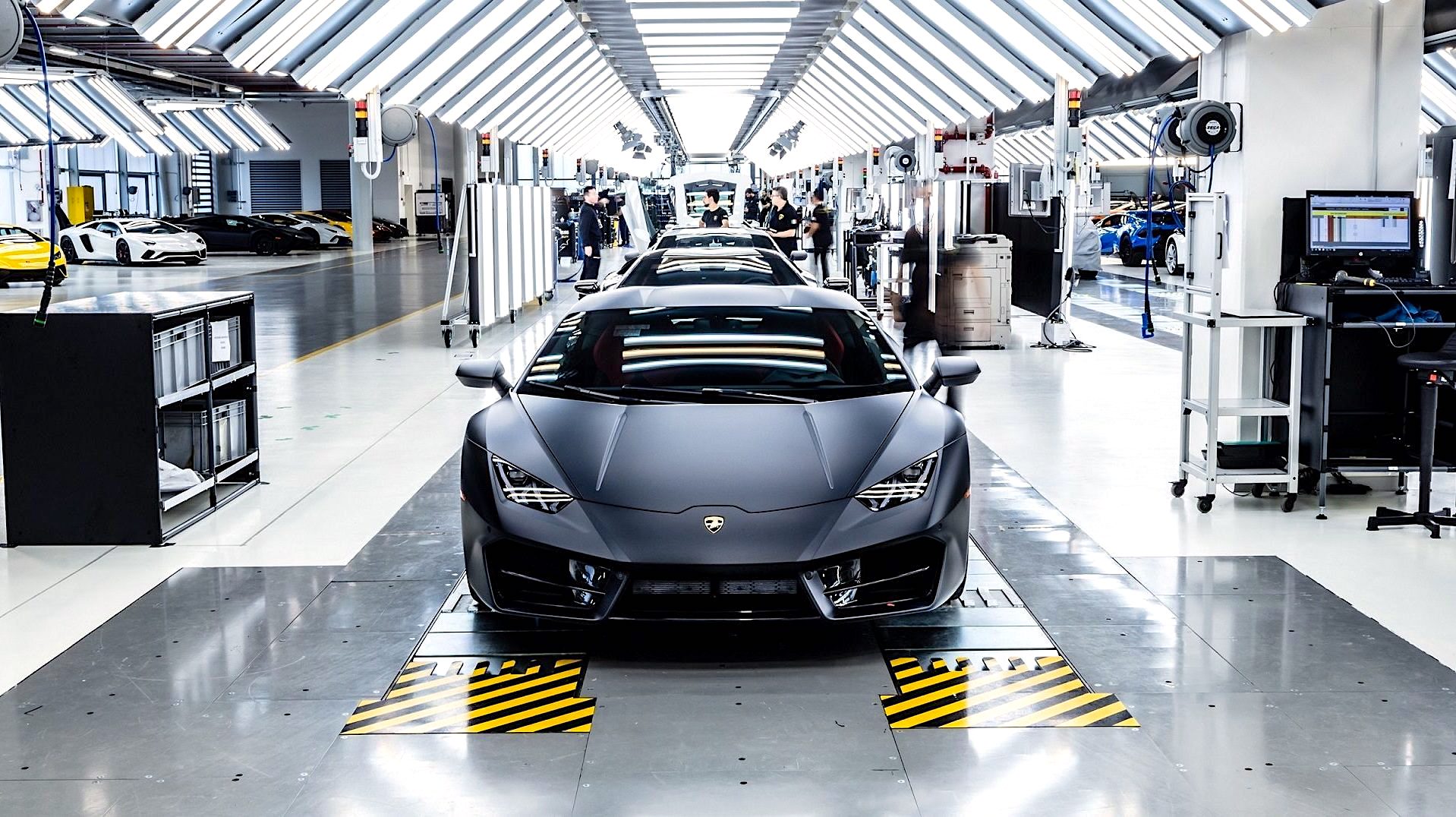 The Lamborghini Museum, revised in its exhibition space in 2016, is now divided into two sections: the first is dedicated to an exhibition of models, from historical ones like Miura and Countach to the more recent ones; the route allows you to admire step by step the history of the house of the bull until the birth of the Huracán and Aventador. Among the many cars on display, you can also find some news, including the Urus, Lamborghini SUV just presented to the public.

The other section is dedicated to themed exhibitions, a space that is rearranged according to the scheduled exhibitions. The Museum also offers, upon reservation, the opportunity to visit the assembly lines of the cars currently in production, a way to breathe in first hand the passion with which they are built the Italian super sportive car, among the most desired of all time.

We suggest not miss the special section dedicated to the Lamborghini driving experience, with a brand new driving simulator in which you can enter the role of a real driver and try at one of the super sports Lamborghini cars in various challenges and on some of the most famous race circuits.

The Museum staff is available to transform the visit into a unique and exclusive experience. After closing time, the Museum’s exhibition space becomes a suggestive location for private visits to the collection for a dive into history, technology, and innovation with an unusual aperitif or light dinner.
Moreover, the experience proposed for visiting customers and collaborators can become unforgettable thanks to dedicated guides, personalized gadgets, and many other special offers.

How to get there

The Lamborghini Museum is located in Via Modena, 12 – 40019 Sant’Agata Bolognese (BO) and can be reached:

From the north (Milan, Verona-Brennero): Modena Nord exit, direction Nonantola
From South: Bologna Borgo Panigale exit, direction San Giovanni in Persiceto.
The museum does NOT have reserved parking.
There are several free public parking close to the Factory.

By Train and Buses:

Bologna Centrale train station, Piazzale Medaglie D’Oro exit, on the left for Bus Station.
Bus Nr. 576, direction Crevalcore (about 55 min.).
The Museum is about 5 minutes walk from the stop “S’AGATA B. CHIESA FRATI”

We suggest you land at Bologna Airport (BLQ) and continue by taxi or car rental, or use the exclusive YouFirst service.

The Lamborghini Museum is open every day at the following times: 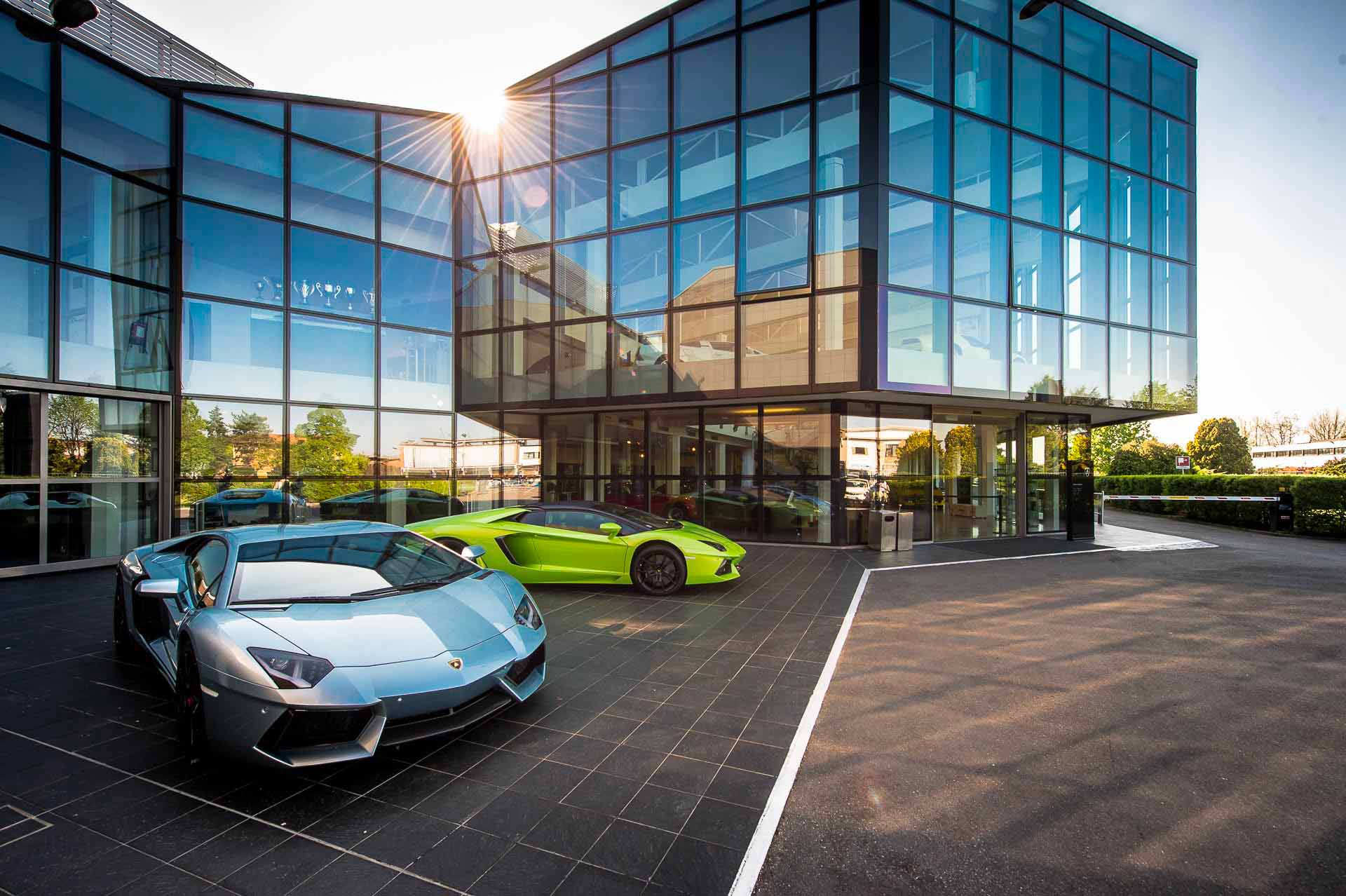