[MyEmiliaRomagna] There is far more mosaic than imagined

Ravenna is a natural observatory on what happens inside and around the mosaic. Its history and monuments offer an immense both visual and cultural horizon with which a debate seems, even after many centuries, still interesting.

In the collective consciousness the mosaic is a decorative technique for big and small surfaces as floors, walls, apses or vaults of historic buildings of Greek, Roman and Byzantine times, used also today in the contemporary architecture, in décors, especially of barhrooms or – more estensively – in dwellings of unique prestige.

The complex and articulate existence of mosaic does not run out here, especially since right today we are heirs of maybe one of the most mosaic centuries in history.


After all we are rather used to employ the concept of mosaic as a metaphor in many occasions, which is far distant from the marble and glass tiles set in floors and walls. Just think about how familiar, or at least easily understandable, expressions as “the mosaic of world cultures” are, even if in this way the accent ends up falling oddly on the heterogeneity of elements and the fragmentation of the whole, while that of mosaic is on the contrary a technique based on the use of rather homogeneous elements, pulled together with well-defined standards.

The employ of mosaic within the artistic research is less known though. The radical break with the past of the avantguards and the impetuous upheavals of the ways and shapes of doing art of the beginning of the 20th century testify a previously quite unknown employ of the mosaic indeed, whether it is a marble, stones, glasses or leaf like in Byzantine times mosaic. 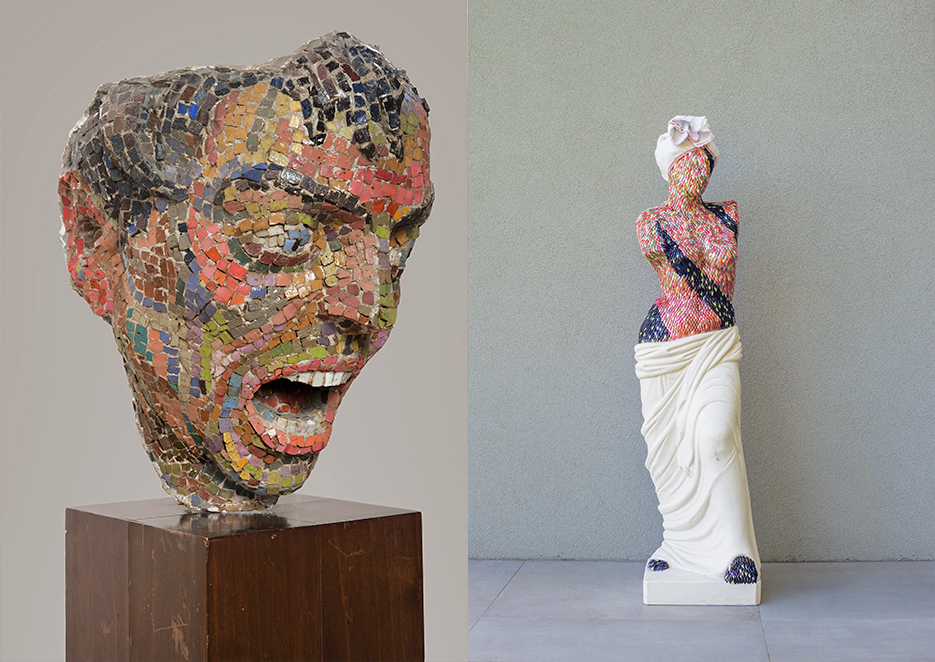 Starting from the ’20s, the refined covering technique used for big architectural surfaces takes life in works of art that are independent from an architectural contest, as a result of expressive researches. Some examples of this are the mosaic works of art and sculptures by Lucio Fontana and Mirko Basaldella, from which originates the exhibition “Montezuma, Fontana, Mirko”. Lascultura in mosaico dalle origini a oggi” at MAR – Ravenna Art Museum from 7th October 2017 to 7th January 2018.
This path begun at that time is still prolific today. The second half of the 20th century until nowadays saw several generations of artists, who gradually found new inspiration to create their works of art with mosaic.

Marshall McLuhan, a Canadian communication theorist has long since encouraged artists to pull the concept of mosaic beyond limits. He writes in his 1964-essay Understanding Media, about mosaic structures reappeared in the western countries – he writes – after the invention of the telegraph. Among these there is the TV-screen, the fax, the newspaper or even jazz music. Today we could add to these big datas and social media. All these discontinuous and fregmented forms of communication require a huge participation and inspire involvment in those who use them. 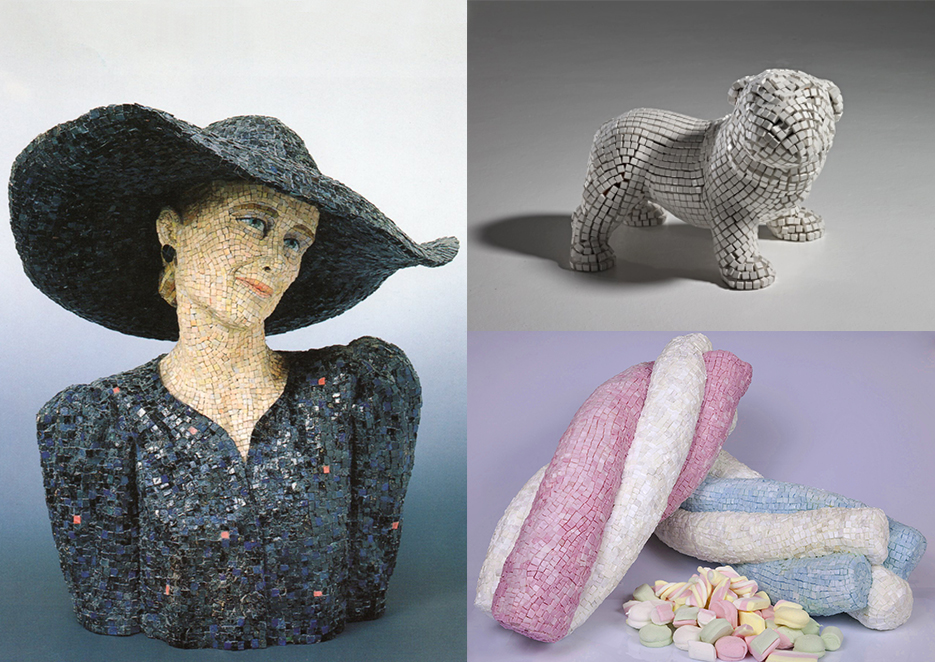 A similar approach easily opens up to further considerations, to the realisation that there is far more mosaic than imagined: aesthetics, its implicit features, the discontinuity of weaving, the fragmentation, the aggregation and the repetition of modular units in a broader sense play a part as well. Unlike ancient times when tiles were of glass or marble, today tiles can also be of plastic, metallic, waste material, recycled materials, and there is a whole range of other possibilities. Everything is linked by the common purpose of building a work arising from a process of addition of elements, and with the aim of creating something that is more than the simple sum of single pieces, something that gains an own meaning.

RavennaMosaico – the biennial exhibition of contemporary mosaic which takes place in Ravenna since 2009 – this year proposes for its 5thedition a renovated formula, converging the multiple declines of today’s mosaic – artistic research, craftmanship, interior and jewelry design, architecture, restoration, didactics – in order to make a point, to reflect on history and to compare different ideas and look ahead.