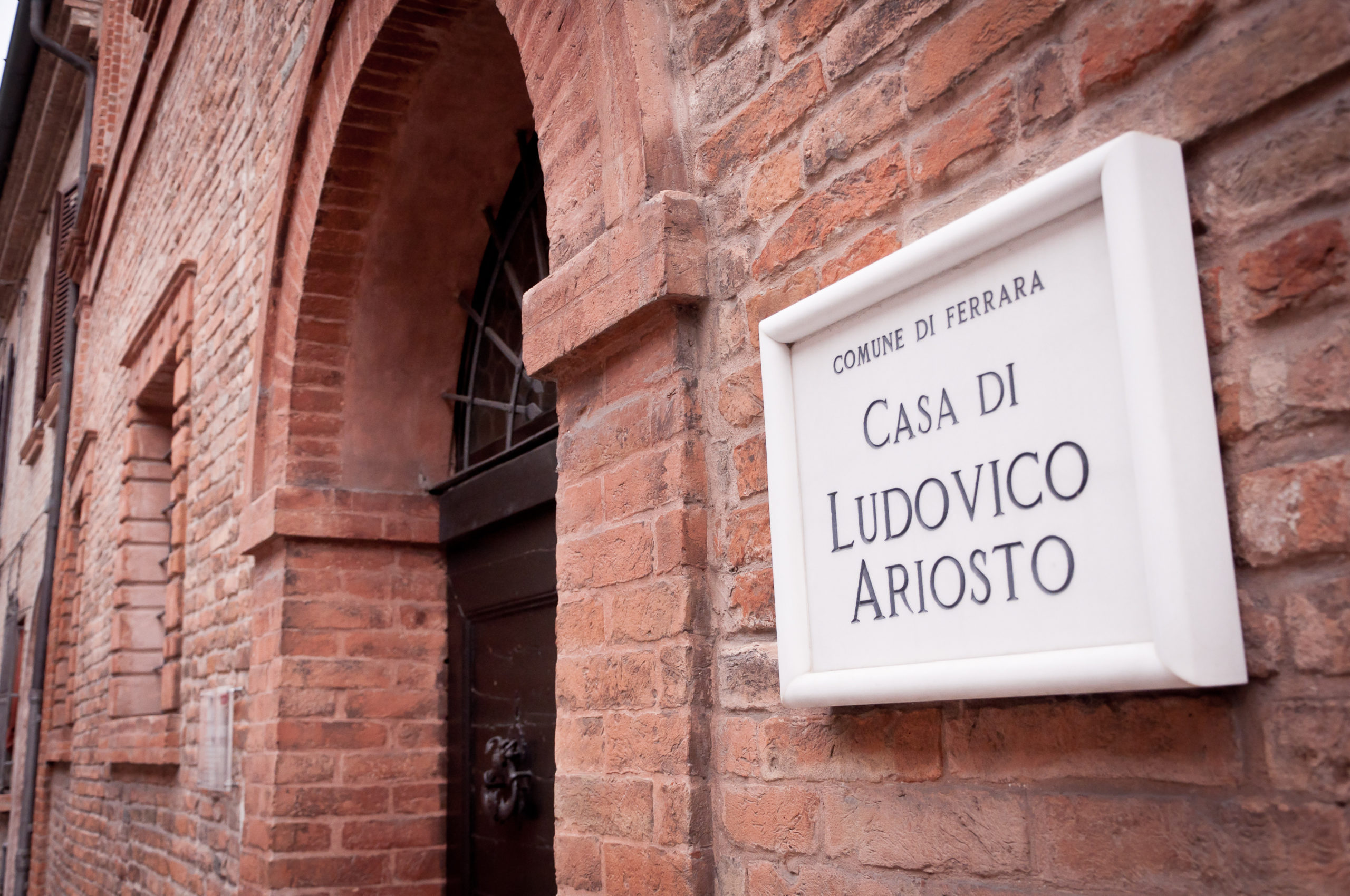 Strolling around the city, sometimes you bump into plaques on the walls of the houses that remind that some famous personalities, one way or the other, left a mark in history. Our travel starts right here, to discover the houses of the well-known writers, scholars or – more generally – illustrious personalities who lived or just spent a period of time in these buildings.

PELLEGRINO ARTUSI is the father of Italian cuisine, the “maestro” of flames, the first one to be able to summarise all the regional recipes of Italy in one single volume “The Art of Eating Well” (1891). It is a very important work for the culinary tradition of our land, which achieved such importance that in 1931 it became one of the most read books, only second to The Betrothed (Manzoni novel) and Pinocchio.

Today, in Forlimpopoli, inside the Convent of Chiesa Dei Servi di Maria, we find Casa Artusi the first living museum of cuisine dedicated to Artusi. The site was chosen by the local community after the original house of Artusi had been demolished in 1960.

More than 3000mq house a library, a cooking school, a restaurant, and a small store, as well as an itinerary that illustrates all the history of this personality. It is open to anyone, experts and food enthusiasts alike, who wants to learn the dishes of Romagna tradition or just want to undertake a taste experience tour. 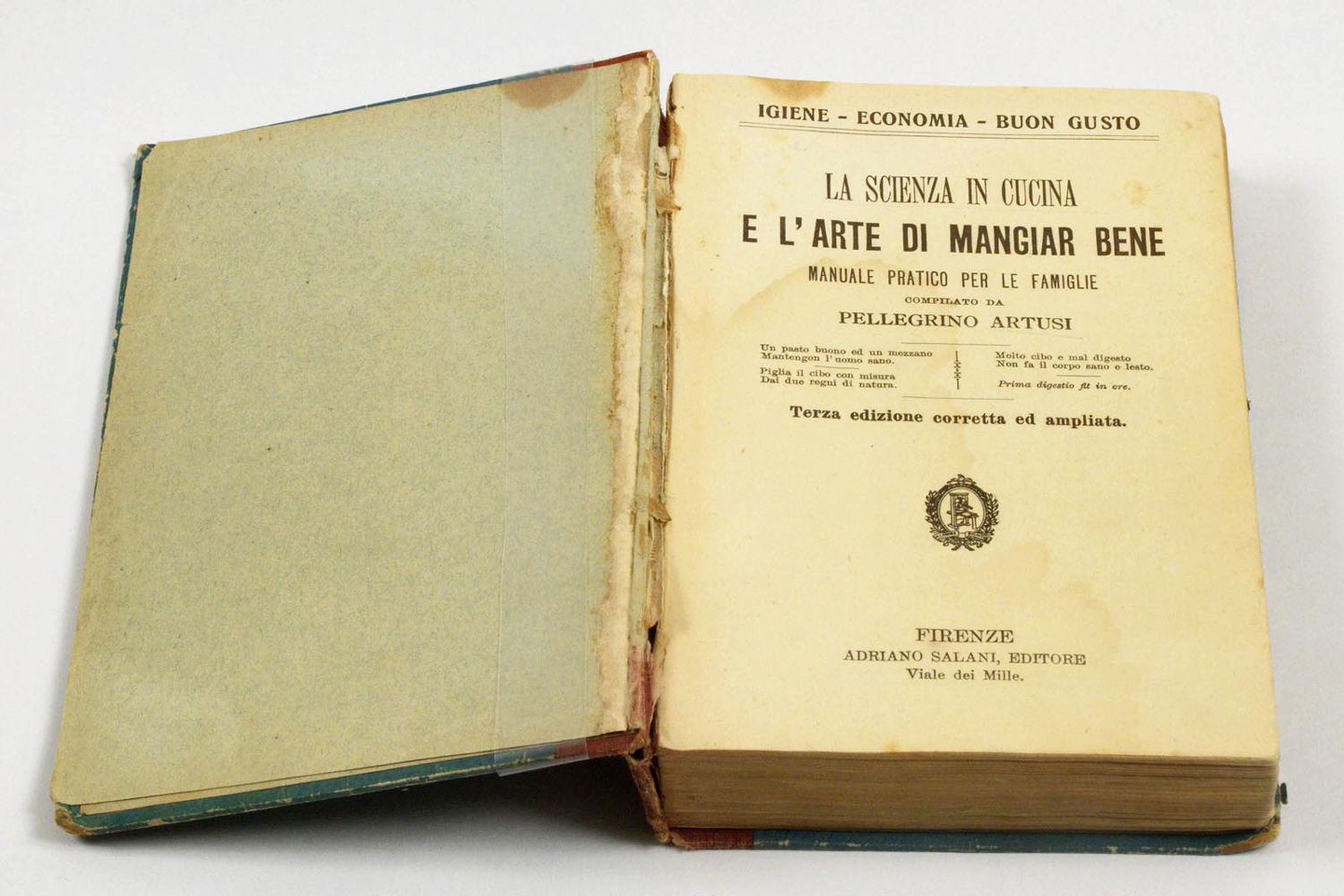 “Science in the Kitchen and the Art of Eating Well”

Poet, writer and playwright, VINCENZO MONTI is remembered for being the greatest translator of the Iliad in history. His natal house is still visible in Alfonsine, a little city northwards to Ravenna. It was renovated in 1928 and it is now a municipal property.

In its inside, there is a tangible memory of the poet: a thorough reconstruction of the spaces and the furniture of that time, his letters, and manuscripts – including the original editions of his literary works

GIOVANNI PASCOLI was born 1855 in San Mauro, a little city in the heart of Romagna. Here, amid endless landscapes overlooking the fields that still today mark this wide portion of lands, he improved his poetry, finding in the childhood and in the hearth and home a reassuring place where to refuge and hide from the burden of life. 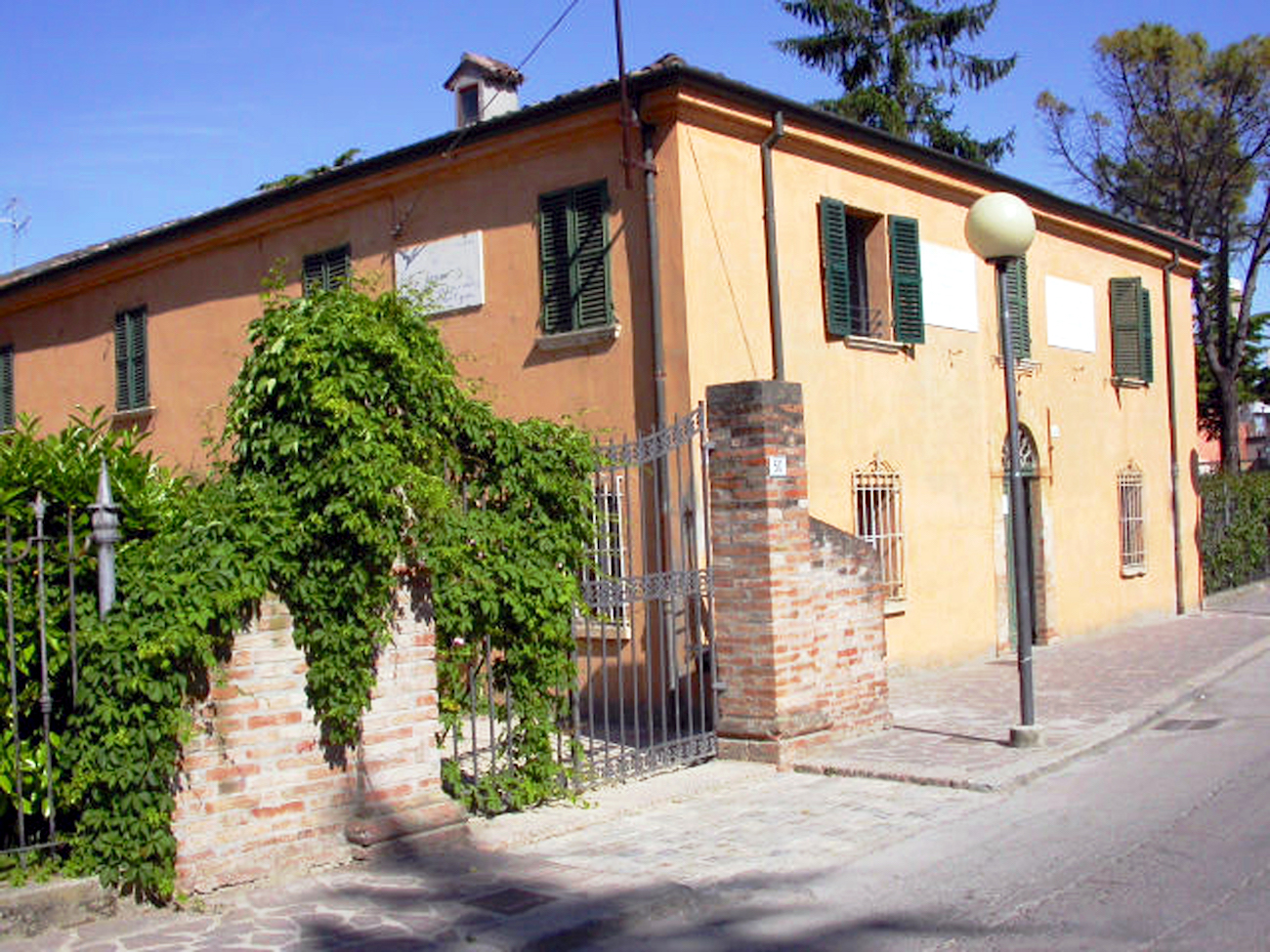 His natal house is still there, in the centre of this little city, not far away from the main square Piazza Mazzini, turned into a museum dedicated to his memory.

In this museum, there are keepsakes of her mother, his crib, several original objects dating back to his time and documents – the majority of which are first editions of his works.
The beating heart of the building, though, is his study, as it safeguards the furniture, the writing desk, the bookrest, the chairs and bookcases belonging to the period during which he was a professor at the University of Bologna.

There are only few things to add to the yet endless bibliography of FEDERICO FELLINI, which has been published over the years. He is very well-known over the world and was one of the most visionary directors in international cinema, multi-awarded with Oscars and prizes that acknowledged his talent and career. With his distinctive Romagnol accent and his dreamy phantasy, he was able to show with his films the Italy of the 50s and 60s, building around this image an amazing, solitary and magical frame. 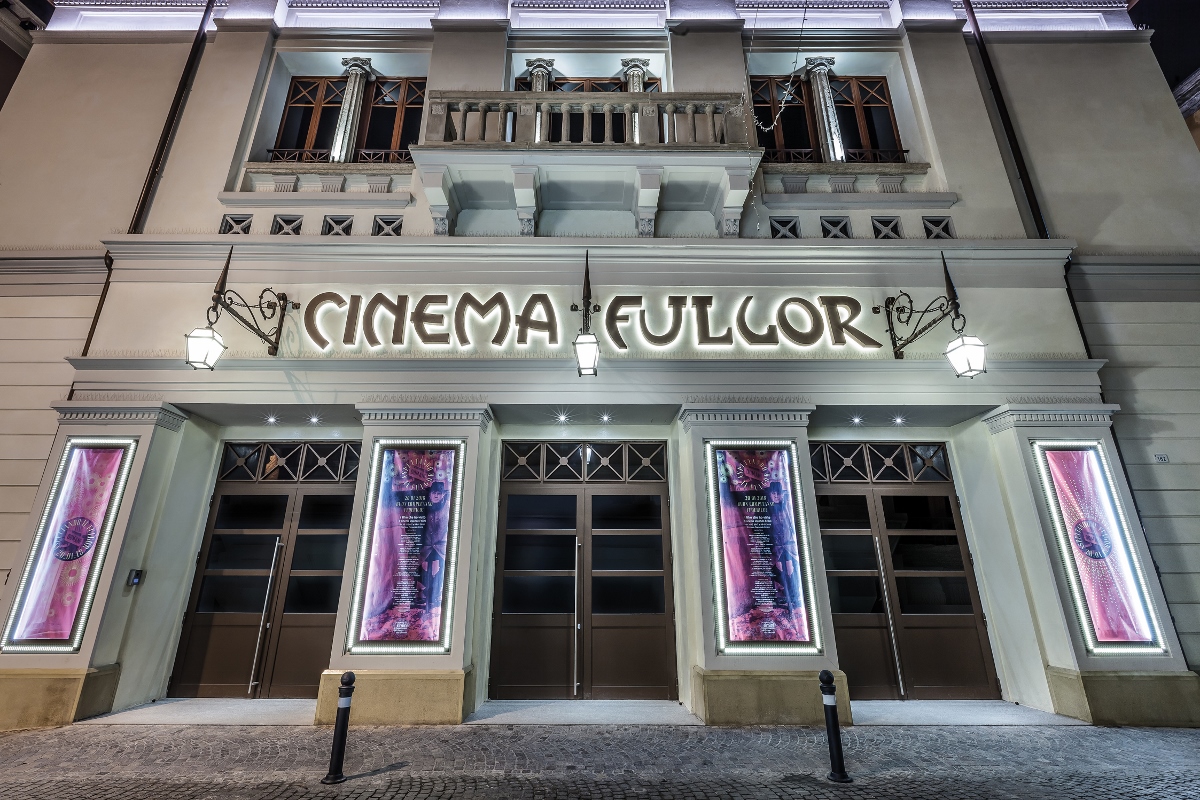 Although he spent almost his entire life elsewhere, at the side of her beloved Giulietta Masina, he has never been able to detach himself from the memory and the passion for Romagna, his land of origin, especially for its fatalistic and at the same time ironic way to face life.

Despite Rimini has never been the setting of one of his several films, it remains the city that above all the other ones, influenced most the artistic imagination of Fellini.

Today it is still possible to walk an itinerary in his Rimini, which counts 8 and a half stops, as we wrote in a previous piece on our blog. One of these stops is the famous Cinema Fulgor, which will host in the next future a museum dedicated to Fellini, displaying costumes of his films, photos of the setting and much more

Close friend and colleague of Fellini, TONINO GUERRA was born in Santarcangelo di Romagna in the 1920s. Here, he started to conquer the world of cinema through his poetry, signing some of the most important scripts in Italian production.

Antonini, De Sica, Monicelli, Rosi, Bellocchio, and – of course – Fellini are only some of the directors he worked with during his career. Beyond being a scriptwriter, he also worked with other art forms like theatre, painting, and sculpture. 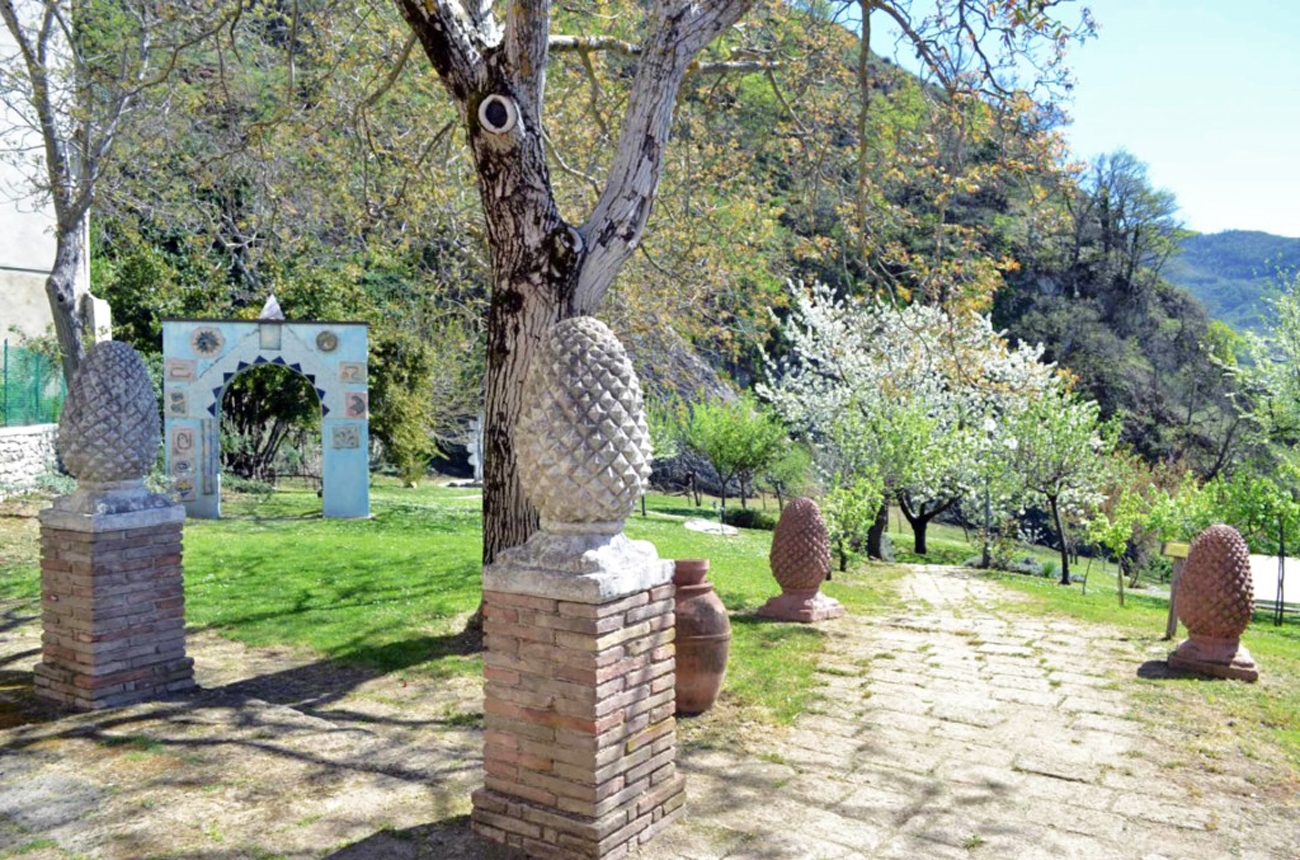 After having spent several years away from Romagna, in 1984 he decided to come back and to live in his land of origin, finding refuge in the middle of the hills of Valmarecchia, in the little hamlet of Pennabilli, a city that was historically linked to the noble family Malatesta.

In the middle of the silence and the green valleys of this unblemished land, he continued to feed his imagination, developing I luoghi dell’anima, in Italian “The places of the soul“: it is a real open-air museum spread throughout the gardens of Pennabilli.

You can still get lost with all its installations, paintings, sculptures, and pottery pieces. Moreover, some years later, the Museum Tonino Guerra inaugurated in Santarcangelo, his beloved natal city, where the pieces of art on display show the most artistic and oneiric side of Tonino Guerra.

This amazing storyteller wrote about heroes and champions, romantic adventures, endless travels, wizardry, and spells. Despite he was at the service of one of the most important courts in Europe, the Este family, he preferred to live in the silence of his house, sited in the heart of Ferrara, in Contrada Mirasole and bought, as he mentions, ‘with great sacrifices’.

Today, the building has become a museum in his memory, and it retraces step by step all the story of the poet, displaying many authentic and signed pieces and…gem above the others, the original edition of Orlando Furioso, illustrated by Gustave Dorè. 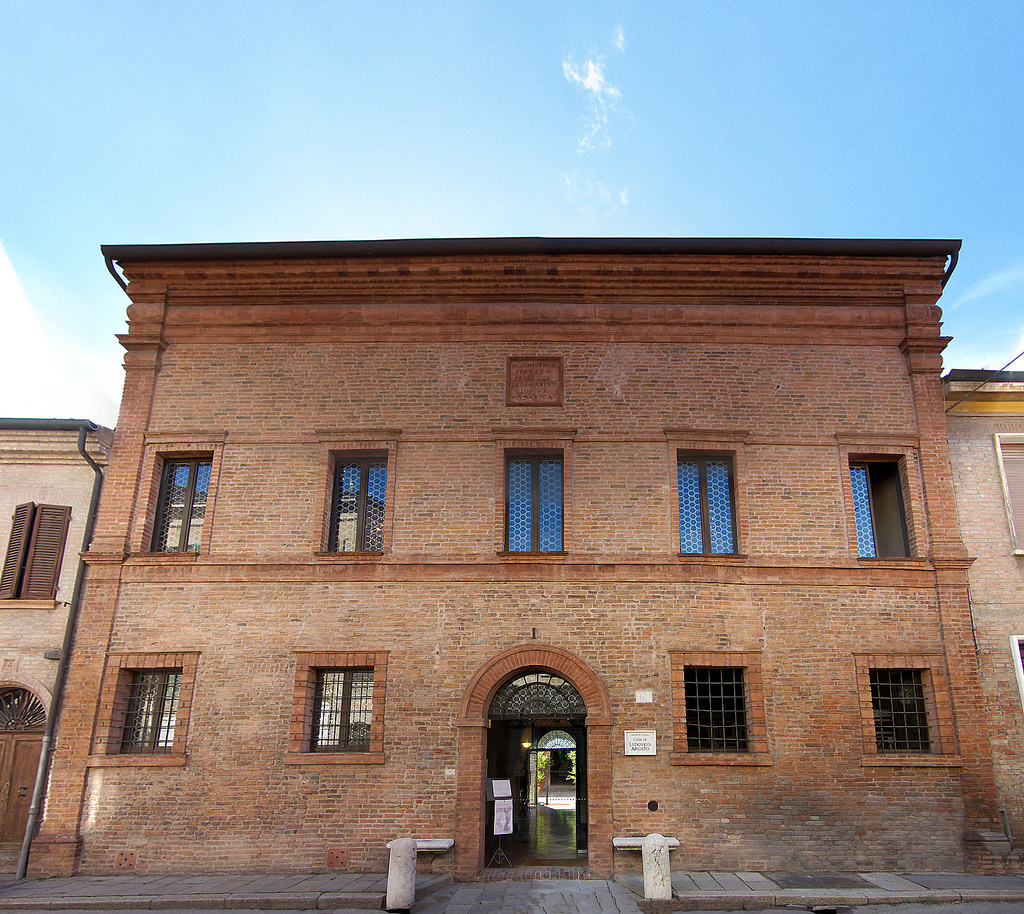 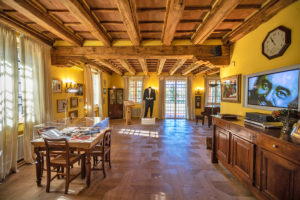