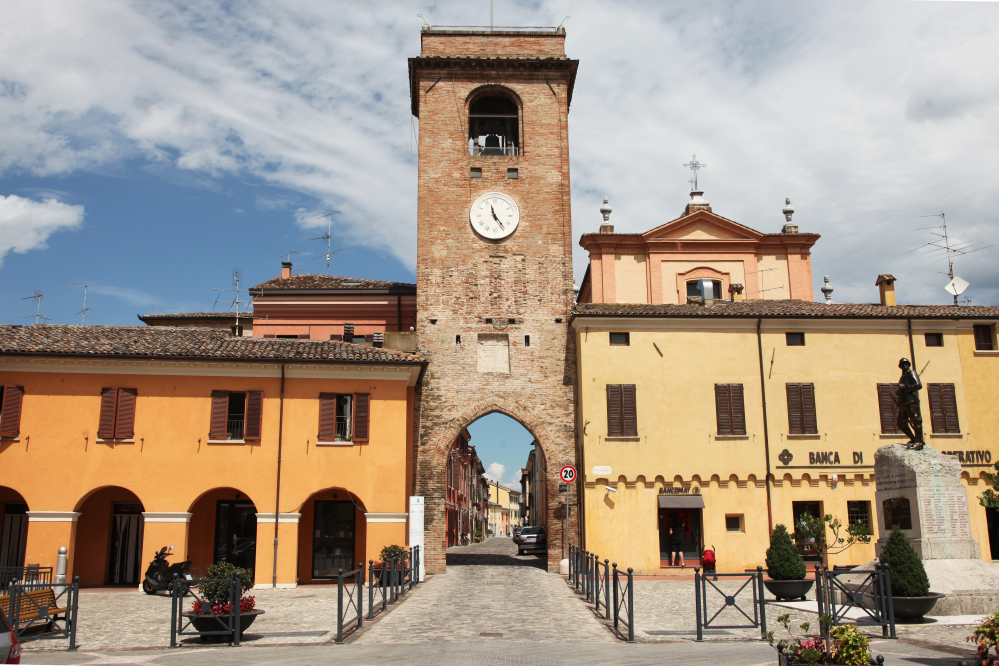 [Emilia Romagna Villages] San Giovanni in Marignano, the granary of the Malatestas

In the heart of the verdant Valconca hills but just a few miles from the Adriatic coast lies a town that was vital to the historic Malatesta dynasty: San Giovanni in Marignano. Even if you’d only been planning a beach holiday, let yourself be seduced by one of the most beautiful little towns in Italy.

San Giovanni in Marignano is the gateway to the Valconca valley, a short drive from the golden sands of the Romagna Riviera up into the green hills inland. The area is known, among other things, for its food; both the wine and the grain have always been excellent and abundant. Many visitors come in June for The Night of Witches, a magical, mysterious celebration when pagan and religious traditions mingle side by side. At other times of the year, you have the freedom to fully appreciate the town’s character and layout.
I’ve been many times and can heartily recommend it, and if you’re a fashion addict, you’re well catered for with the nearby outlets.


The River Conca valley has been inhabited since the Stone Age, and the Roman settlement of San Giovanni in Marignano was probably always a fertile farming area. The town was restructured and fortified in the Malatesta era through Sigismondo Pandolfo Malatesta, who built a new wall with six towers, two with a drawbridge. The Malatesta dynasty was a golden age for the town, which acquired the nickname of the Granary of the Malatesta for the quality and quantity of its agricultural output. The long name is a compound of San Giovanni (St John), to whom the first church in the village of Castelvecchio was dedicated, and Marignano or fundus rusticus Mariniani, an ancient farm from the late-Roman period.


Begin on Via XX Settembre, the main street, also called “the middle way”. You can reach it from the main square through the 15th-century gate, which doubles as the clock tower. Keep an eye out for the circular stone inserts among the cobblestones: these are openings to over 200 underground grain stores – you can peer down inside some of them.
The various churches include St Peter’s, originally from the 13th century but restored in the 17th, St Lucia’s, with a rare 18th-century organ with over 600 tin and wood pipes, and the bijou Santa Maria in Pietrafitta, built in the 17th century just outside the town on the site of an existing building and featuring a fine altarpiece by Giuseppe Solier Brancaleoni.
Make sure you visit the 19th-century Augusto Massari theatre, originally the Oratory of the Rosary Confraternity, a lavishly decorated little horseshoe-shaped space with two tiers of boxes.
Fancy an exhibition? Nature enthusiasts will enjoy the entomology collection in Via Macello, while folklore fans will appreciate “Come eravamo, Cum a Simie” (the way we were) at Palazzo Corbucci, a dip into Romagna country life in the recent past.
But the best way to enjoy San Giovanni in Marignano is simply to lose yourself in the lanes off the main street and explore the ancient defensive walls attributed to Filippo Brunelleschi, including a short section of the moat.


Summer:
– Watch the San Marino Moto GP held every September in nearby Misano.
Autumn:
– Visit the local mills and wine cellars to discover the area’s quality comestibles.
Winter:
– Take a tour of the Malatesta and Montefeltro castles, including those in nearby Saludecio, San Clemente and Morciano di Romagna.
Spring:
– Try your hand at sport, from golf to horse riding, or explore the coast and hinterland by bike. 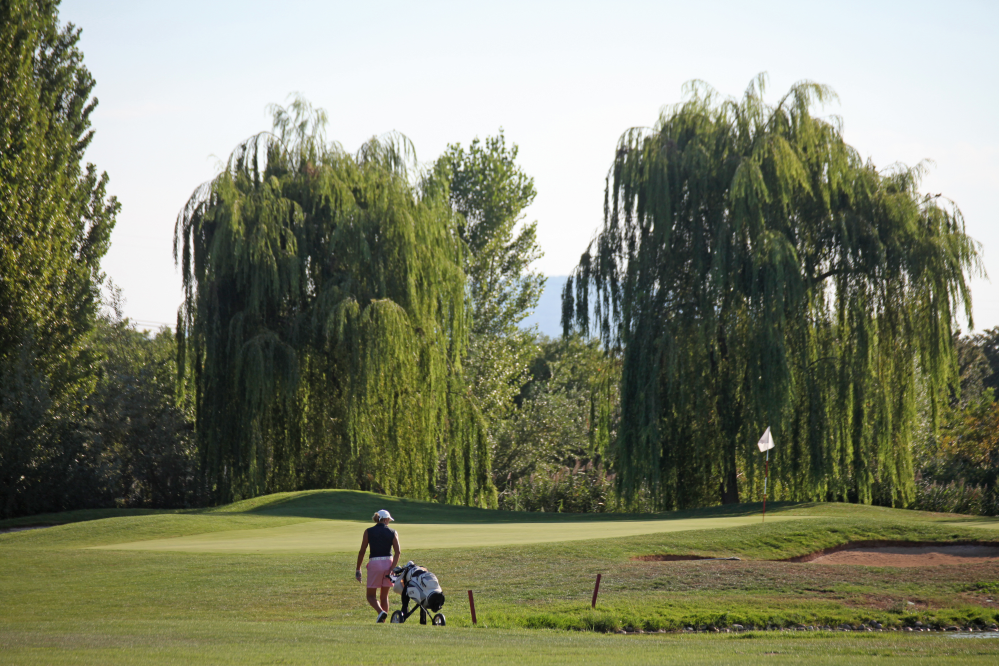 
Rockteen, the first weekend of September – an annual gig for young rock bands with entertainment and performances.
The new year’s eve of wine, the last Sunday in September – A party to usher in the new wine, with a revival of some traditional popular celebrations, in the form of a grape-pressing contest, performances from various bands, a rustida (fish barbecue), and wine tasting with samples of traditional Romagna products.
The old St Lucia Fair, December – a traditional fair celebrating the winter solstice, the patron saint of the blind, and the town’s rural heritage.
The Witching Night, June, between the solstice (21st) and the feast of the patron saint (24th) – The event marks the popular traditions, the rites of St John’s night and the celebrations linked to the summer solstice when, so they say, the witches stopped at San Giovanni in Marignano en route for Benevento.


The Rimini hinterland has the most oil presses in the region, so don’t miss the chance to see how the PDO Colline di Romagna Extra Virgin Olive Oil is made – and maybe even bring home a tasty souvenir or two. Food-wise, you’re spoilt for choice. My favourite menu here is: strozzapreti or tagliatelle Romagnole with ragù or field-basil sauce, veal and mutton mixed grill with aubergines and tomatoes au gratin, and a doughnut to finish. Wash it all down with a local Colli di Rimini DOC wine, and clean your plate with piada, the classic Romagna bread.