Monteleone is a historic hamlet of the town of Roncofreddo, a few miles from Cesena. The settlement is first documented in 1233, when Monleonis (as it was in Latin) and its castle towered over the whole Cesena area.

It is still in fine fettle today, as the Italian Touring Club acknowledged in awarding it Orange Flag status as “a pleasant small village, inhabited, well-preserved and well-kept”.

The village of Monteleone grew organically around the castle in the era of the great noble families. Its exact origins are uncertain, although we do know that around the year 1000, the castle was owned by the church of Ravenna, which was vying for supremacy with Rimini.

The Malatesta family of Rimini built a proper castle in the 14th century; Francesco degli Ordelaffi, Lord of Forlì, took it off them in 1335 before losing it to the Duke of Montefeltro, only for it to come back under the church’s control and boomerang back to the Malatesta in 1433.

The merry-go-round resumed in 1485, when it returned to the control of the archbishop of Ravenna before then being taken over by the Roverella family of Cesena. They held it until 1745, extending the castle and turning it into a summer residence, while encouraging house building around the old walls, demolishing the existing dwellings by the main house and establishing the hanging garden.

The castle was sold to its current owners, the Counts of Volpe, in 1960 (currently the castle is not open to the public).

Summer: take a break from the beating sun by diving into the local churches to explore Romagna’s history. Don’t miss the Malatesta Temple or San Biagio’s church in Roncofreddo.

Autumn: ah, autumn! Wine, falling leaves, shades of amber and gold….Discover the flavours of Romagna on the local wine trail, the Strada dei Vini e dei Sapori: there are plenty of lovely old taverns to drop into.

Winter: revel in the charm of a snow-dusted Byron Square over some roast chestnuts and a glass of Sangiovese. The famous English poet stayed here in the early 1800s while romantically involved with the Countess Gamba.

Spring: a trip to the lake is just the ticket! Monteleone’s lake offers beautiful views and sunsets, so why not admire them over a spot of angling?

In the summer Monteleone is one of the places that host the itinerant music festival Borgo Sonoro: what’s better on warm summer evenings than take refuge among the hills and experience the village accompanied by sweet notes?

At the beginning of September, on the other hand, in Monteleone you can experience the oldest event in the village: the feast of the Madonna di Monteleone, which for some years has been joined by the Fig Festival, a delicious product of the area.

In addition to figs, in Monteleone you can taste all the typical flavors of the Romagna hinterland: from cheeses, such as the delicious raviggiolo, to the first courses of fresh handmade pasta, including the little-known spoja lorda, from the cold cuts of Mora Romagnola pigs accompanied by the inevitable piadina, up – last but not least – to the excellent traditional desserts. 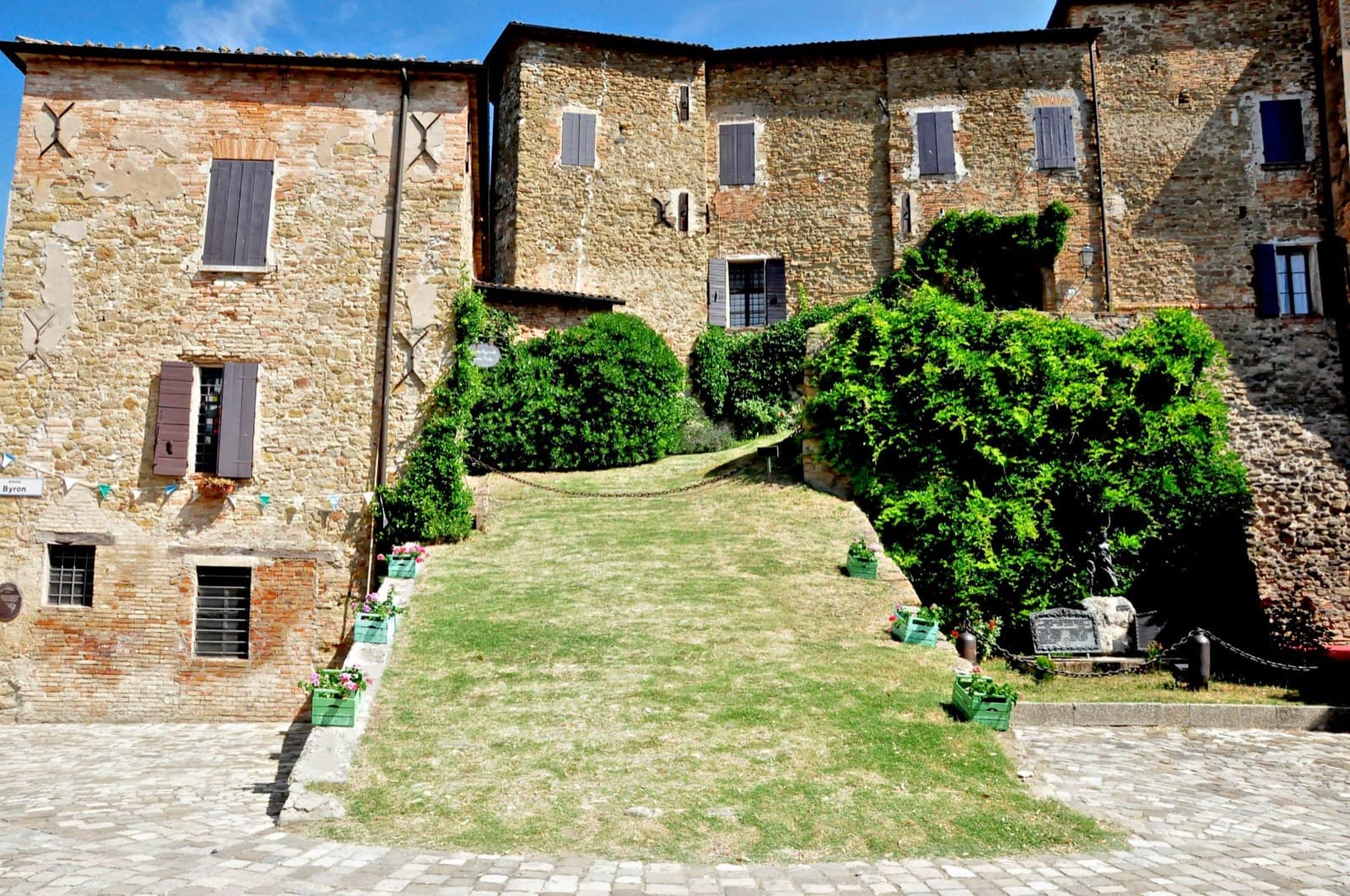