Airports in Emilia Romagna: how to arrive by plane

Tourism in Emilia Romagna is growing, and, as a consequence, also the flights that arrive and depart from our region. Numbers talk, as well as real life. And I, in my own small way, notice this when I walk down the streets of the city centre of Bologna or Ravenna when I bump into so many curious travelers left speechless by the greatness of the cultural and artistic heritage. Mine is an empirical judgment, of course, and I am aware of that – but, as a matter of facts, numbers confirm it, so it’s not that empirical in the end.

People love the art of our region, its friendly cities away from the chaos of the big international capitals, its culinary tradition, which is in perfect harmony with its nature and the entertainment the Adriatic Coast can offer along with the love for motors and the high-speed renowned brands, the wellness facilities, the medieval villages and the slow tourism. The tourist offer is wide and the demand is growing.

Many tourists arrive by train, others by car, but the majority takes a plane. The phenomenon of Low-Cost companies has been growing in the last years and has already transformed the idea of traveling that those of my generation – and the ones before – had.

With the money you would spend for a dinner or an aperitif, you can easily reach those destinations that you would have never imagined to reach once, at least not before a careful planning of months – or at least weeks. Everything is much simpler now: a few clicks and a credit card, and you are ready to spend a weekend discovering a new country, returning on Monday at work – but this is a different story.

Bologna, Rimini and Parma are the active airports in Emilia Romagna that welcome hundreds of thousands of tourists that arrive in Italy. In the past, they were defined as “non-places”, but now, they are entirely lived by those who arrive and depart, turning them into “places full of life and emotions” (Alain de Botton).

A gate, a check-in, the wait or a coffee are the prelude of a travel that is about to start or the last moments of something that has just finished and you recall with melancholy.

Many tourists start to discover the territory of Emilia Romagna, of its city of art and of Italy from Bologna, Rimini or Parma. But how to get there, how to move and find the right information to travel with ease and well-informed? 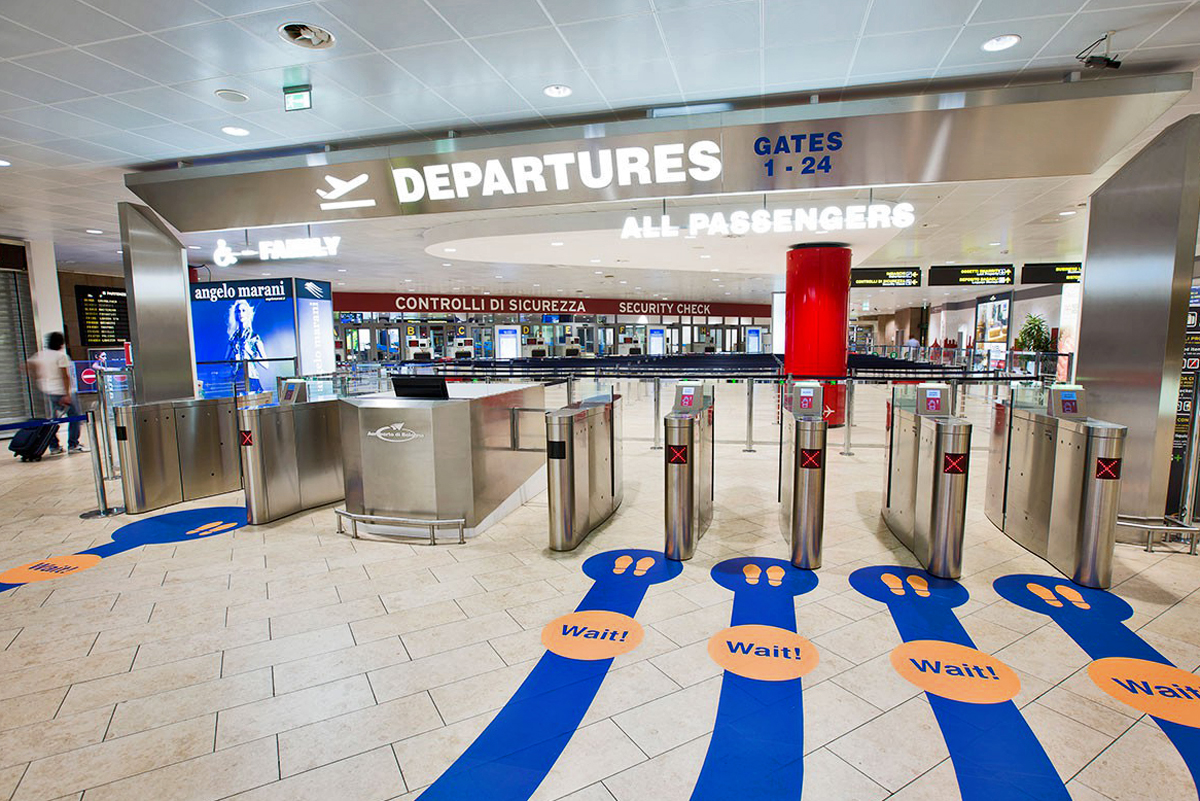 Sited in the centre of Emilia Romagna and of the entire network of communication of Northern Italy, Bologna Airport is the main stopover in the region. From here, national and international flights depart thanks to the several international companies, such as Ryanair, Lufthansa, Air France KLM, Alitalia and British Airways.
An excellent site, an updated App (AppStore | Google Play) and a constant presence on the main social networks (FB | Twitter | YouTube | Info Voli SMS) give you all the information you need in an easy and immediate way.

How to reach Bologna Airport


At only 6km away from the city centre, it can be easily reached only by car, through the highway/beltway or with the bus services.

On the bus, from the train station


Outside the airport and the central station of Bologna, you find the bus stops where the Aerobus departs and arrives every 11 minutes and it is the fastest way to reach the core of the city by now. You can buy tickets online or at the automatic ticket machines at the bus stop.
From March 2019, a new service will be available, the Marconi Express: it’s an innovative fast electric means of transportation that will run over the traditional traffic routes and connect the railway station to the airport in around 7 minutes and a half.

Shuttle Bus Service from the other cities of Emilia Romagna


From Cervia/Ravenna | It’s called Shuttle Crab and it is usually available in Spring and Autumn, running eight times a day. The shuttle links the heart of Romagna with the airport of Bologna, also stopping in Milano Marittima and Bagnacavallo. It takes about 2 hours from Cervia and 90 minutes if you arrive or depart from Ravenna.

From Ferrara | It’s the Ferrara Bus&Fly the shuttle bus service that connects the Estense city to Bologna Airport with no less than 9 daily rides. It’s active all year round, except for Christmas, and it takes you 1h to reach the destination.

From Rimini | The Shuttle Rimini Bologna is the connection service between the Adriatic Coast and the centre of the region. It works all year round, changing the hours according to the season and it takes you to the airport and to the seaside in just 90 minutes.

From Modena | A shuttle bus, nine rides per day and the chance to buy the ticket online or on board: Modena has never been so easy to reach.

From Reggio nell’Emilia | If you are not in the mood for taking a train, arriving in Bologna and then taking even a bus in order to reach the airport, there is an easier solution. You can opt for the shuttle bus that every day connects Reggio Emilia with Bologna’s hub.

From Florence | Appennino Shuttle: 10 daily bus rides and about 90 minutes to reach Bologna Airport. The ticket? Onboard or online – it’s that easy.

The rest of Italy | If you love to take the bus, you can opt for this solution: reach the bus station of Bologna where you will find at a few hundreds of metres the railway station. Every day dozens of touristic services depart from here, arriving in the rest of Italy and Europe. On the other hand, if you love to travel by train, consult the Trenitalia and ItaloTreno website.


There is always a taxi ready to bring you to the heart of the city or wherever you want to go. Get out from the station and look around to find the first available 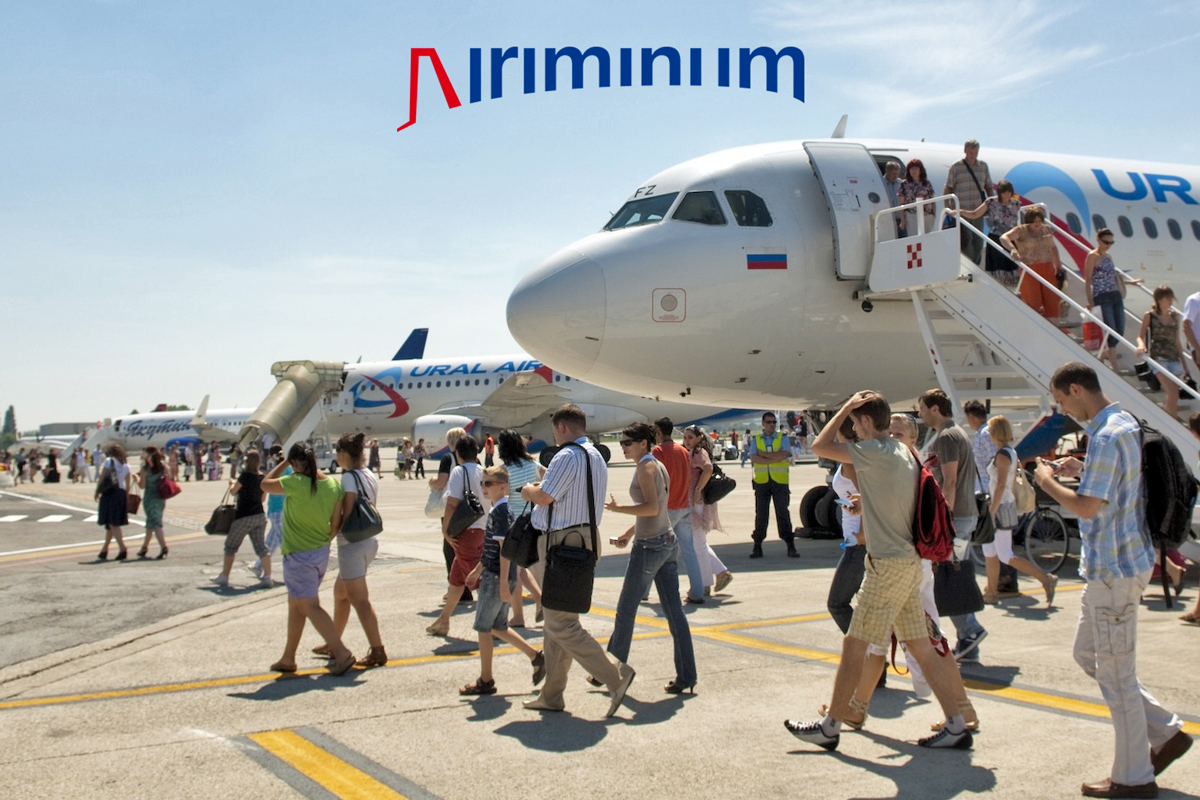 Rimini Airport, entitled in honour of great filmmaker Federico Fellini, is at an 8km distance from the city centre, heading south towards Miramare. It’s easy to reach and the best way is through the road system. It’s the second biggest airport after Bologna, with a traffic of passengers who are almost completely international, but with a part of non-Eu travellers (Moscow, Saint Petersburg, Tallinn, Warsaw, etc.)

Freeway SS16 Adriatica and the short distance (only 5km) that divides it from the highway A14, make this airport part and parcel of the transportation system and communication network of northern Italy, allowing people to drive along the amazing Adriatic Coast.

How to reach Rimini Airport


It’s easy to reach and the best way is through the road system. Freeway SS16 Adriatica and the short distance (only 5km) that divides it from the highway A14, make this airport part and parcel of the transportation system and communication network of northern Italy, allowing people to drive along the amazing Adriatic Coast.
Rimini and its railway station are not far away from each other: you can choose to take a taxi or just a bus (line 9) and in only 20 minutes – traffic permitting – you will reach your destination. 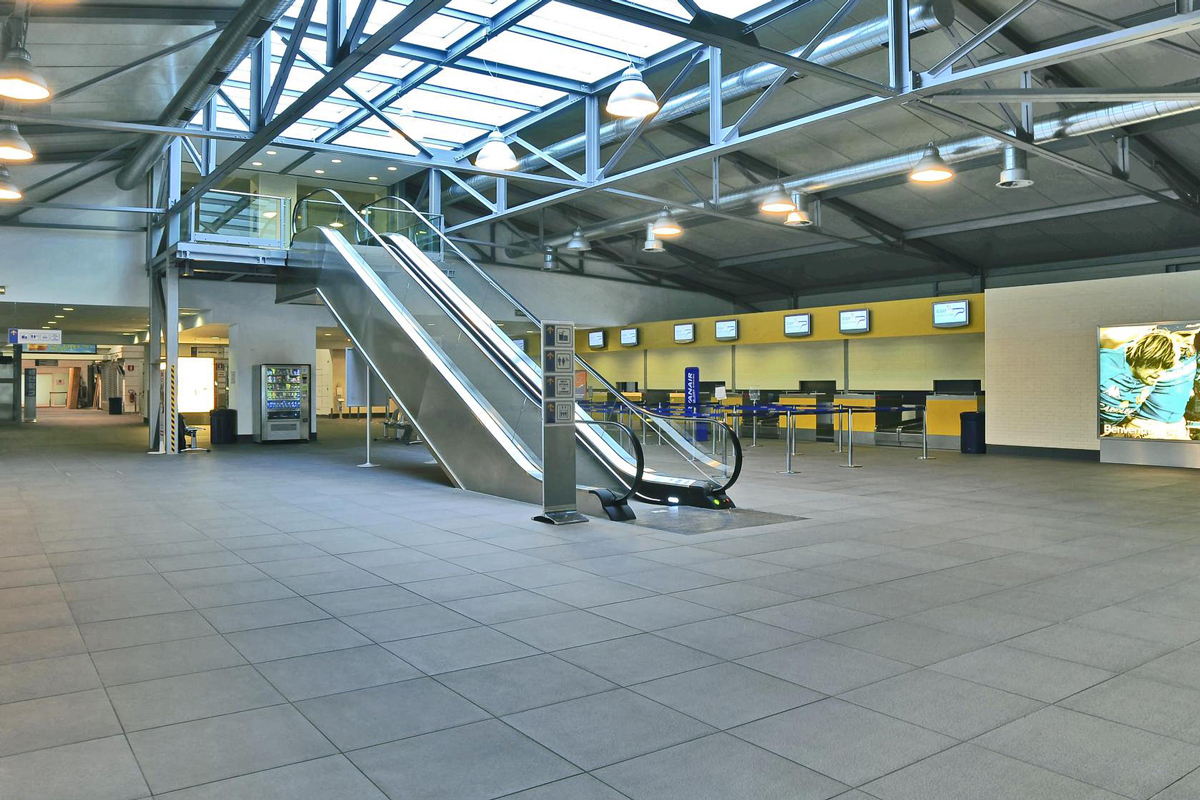 From Rimini, we move to Parma, declared UNESCO Creative City for its cuisine and because it is the heart of the Italian Food Valley. Only 5km away from the city centre, the airport is dedicated to Maestro Giuseppe Verdi, who was born only 35km away from it, in the little village of Busseto.
With annual and seasonal flights, several connections are active over the year with national destinations such as Cagliari and Trapani or international ones like Kiew or Chisinau.

How to reach Parma Airport

It is easy to reach: you can take the bypass that is directly connected to the Highway A1 (Milano-Napoli) or you can take public transports, with buses that pass from the railway station (line.6) all day long, or you can choose to take a taxi.