“Even as that stream which holdeth its own course
The first from Monte Veso tow’rds the East,
Upon the left-hand slope of Apennine,
Which is above called Acquacheta, ere
It down descendeth into its low bed,
And at Forli is vacant of that name,
Reverberates there above San Benedetto
From Alps, by falling at a single leap[…]”
Dante Alighieri – Inferno, Canto XVI


Forlì is a typical town of Romagna. It has become an important university centre of  the Alma Mater Studiorum of Bologna, as well as an ideal stopover for those who love local cuisine and architecture; and if you are a gamer you might know this town thanks to Assassin’s Creed. In “Furlé”, as it is called in dialect, are still visible buildings of different historical periods, ranging from the 14th to the 20th century, these are now part of the city’s identity.

In order to explore the town, the ideal starting point is Piazzale della Vittoria, that is situated on the Via Emilia’s city route. You can also take a city bike if you want, everyone here use bicycle to go from one place to another.

The War Memorial, which stands on the square, is surrounded by other numerous buildings of the rationalist period: the former Aviation School (nowadays Morgagni High School), the University’s School of Economics and the twin buildings that mark the beginning of Corso Repubblica. You can already take a walk in Parco della Resistenza, which overlooks here on the square, realized in 1816.

From the square it is also possible to reach the Teching Hub in Viale Corridoni, the campus where students from all the faculties have lectures, from aerospace engineering to linguistic mediation.

Continuing along this road you can reach the historic Rocca di Ravaldino, once the residence of Caterina Sforza. In the castle there is the so-called “razor well”, from which (the legend says) the countess threw her inconvenient lovers, and a singular spiral staircase of 67 steps without the central pivot.
In Piazzale di Porta Ravaldino there is also one of the accesses to the Ravaldino Canal, an underground medieval tunnel almost 2km long, that joins the city centre. Initially the route was 23km long and served eight mills.
From here you can easily reach the Parco Urbano, the largest park in Forlì where you can enjoy a pleasant walk that can take you to the city suburbs. The parks is served by a bar and restaurant. 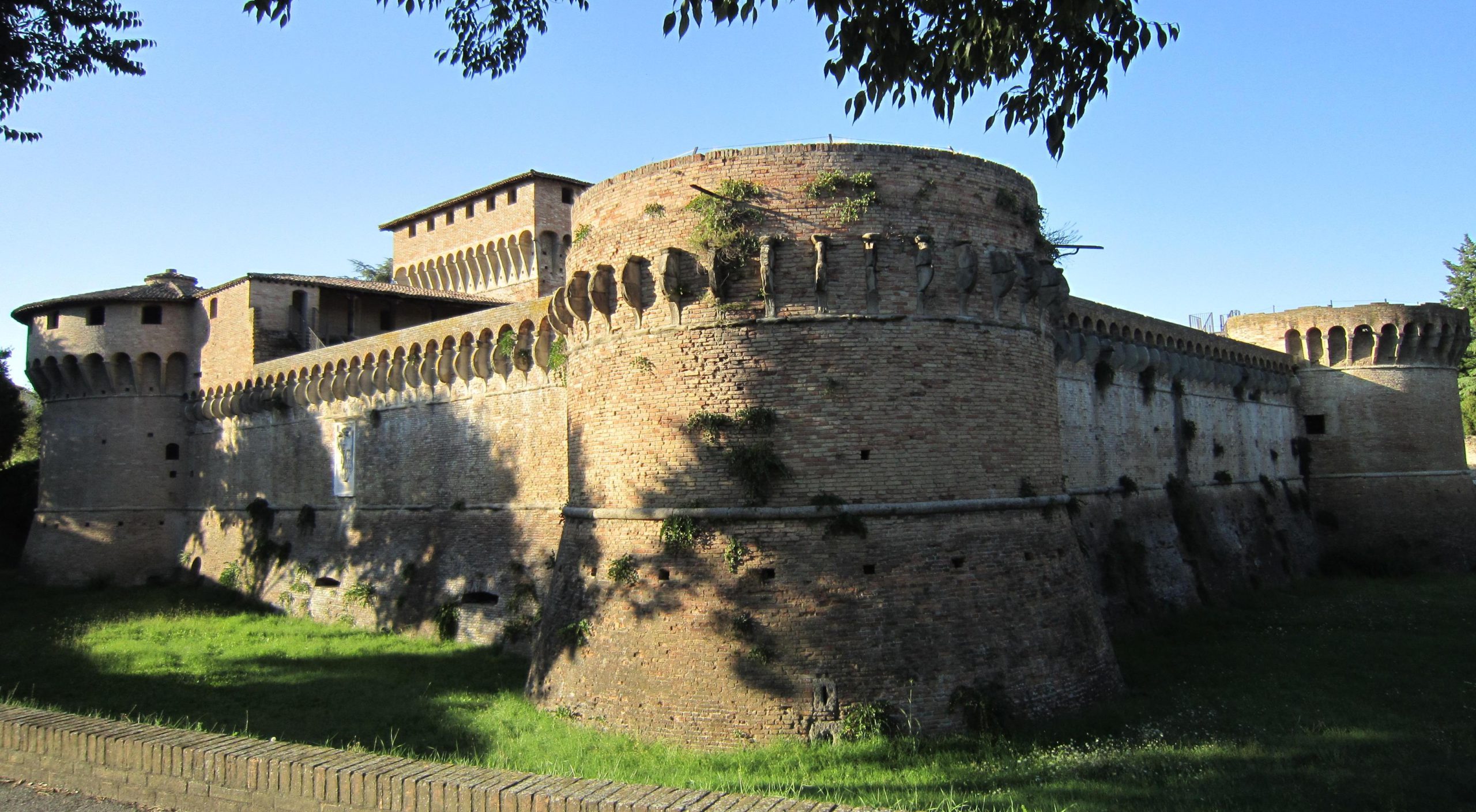 From the park you can quickly reach one of the most iconographic places of Forlì: the San Domenico Museums. Set in the old town, it is the core of cultural tourism, and it organizes temporary exhibitions of international interest: photo exhibition by Steve McCurry. Icons and Women (2015), Piero della Francesca (2016), Art Decò, Elliot Erwitt: Personae e Mustafa Sabbagh: XI Comandamento: Don’t Forget (2017). 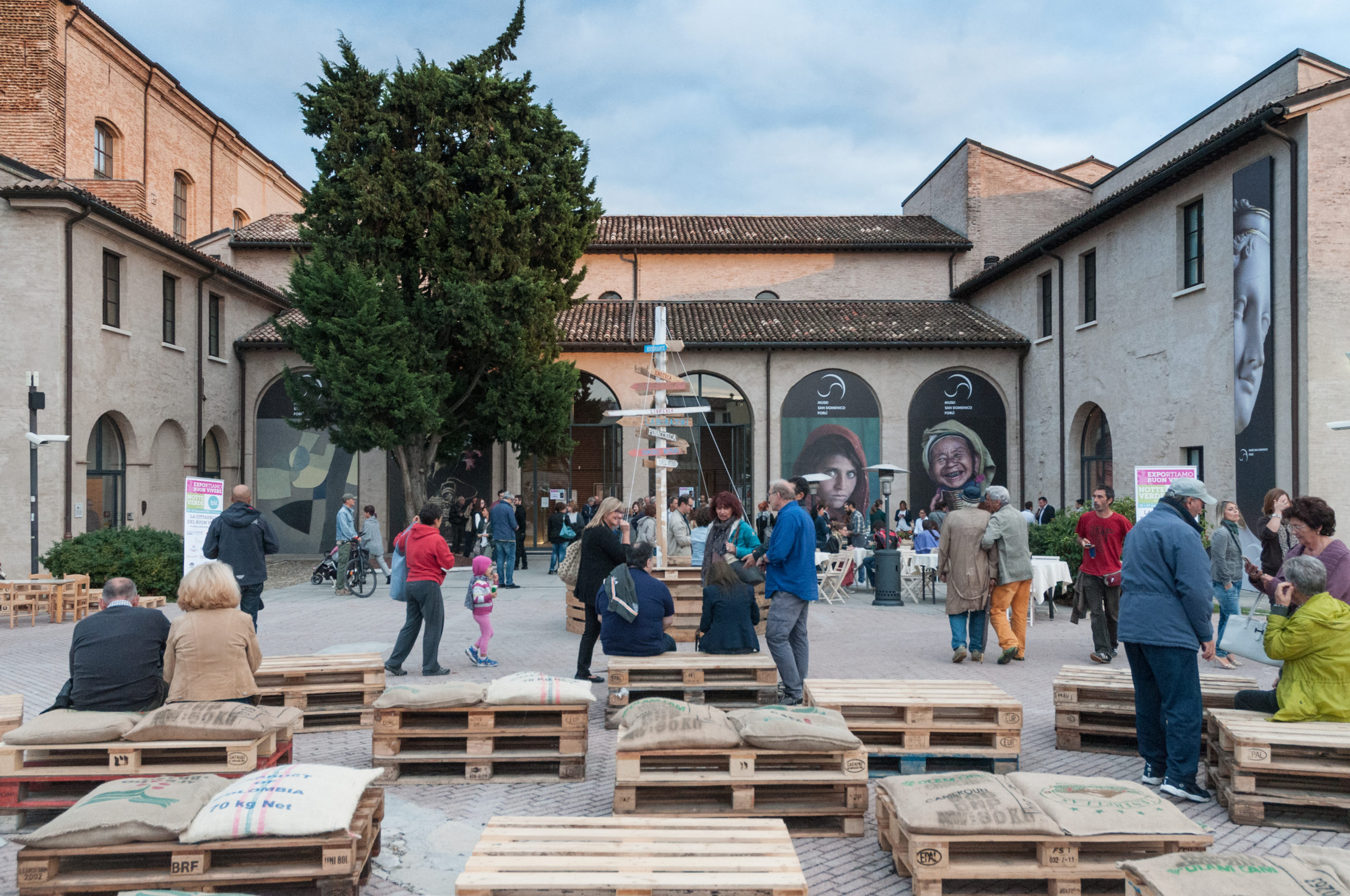 Continuing on Via Leone Cobelli you will find the Church of the Miracle of the Madonna del Fuoco, patron saint of the city, celebrated on the 4th and 5th of February. Not far from there, in via Albacini it’s situated Casa Saffi, home of the patriot and writer Aurelio Saffi, as well as a pupil of Mazzini, to whom the central square of Forlì is also dedicated. The Renaissance house is now home to the Historical Institute of Forlì-Cesena province.

Continuing towards Corso Garibaldi you can reach Piazza del Duomo and Palazzo Piazza Paulucci. This one was the former Government Palace during the Fascist era and today the Prefecture’s office. During the war, the palace also served as a shelter against bombardments, it’s still marked with a circular sign faded to the left of the entrance. 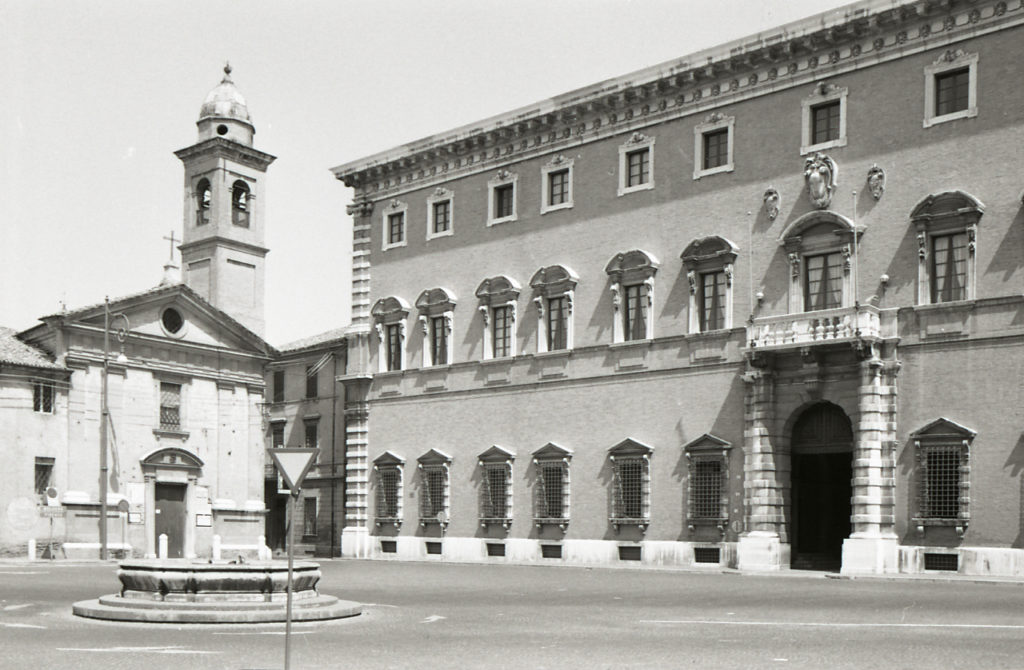 Continuing towards Via delle Torri, you will find Piazza Cavour on the right, with its historical herbal market, whose lowreliefs placed in the pediment of the market represent the two rivers Montone and Ronco, made by the sculptor Luigi Righi.
In Via delle Torri youl’ll find this time, not a building, but an historical plant. The Manoni’s Wisteria survived the bombing of 1945, and now covers the façade of the palace on which it has ascended, above the historic Manoni’s shop.

Finally, you’ll reach Piazza Saffi. People in Forlì it often say: “All roads lead to Saffi”, because the main streets of the city are radially branched out from this square: Via delle Torri, Corso Mazzini, Via Regnoli, Corso Repubblica, Corso Diaz and Corso Garibaldi. The statue of the patriot stands at the center of the square, on his left there’s the townhall with it’s clock tower, while behind Saffi we see the Post and Telegraph Office, also in rationalist style, and finally the unmistakable Abbey of Mercuriale (1178), whose porch had been severely damaged during the war, and have been restored during the ’60s. The bell tower is accessible and offers an excellent view of the city.

Crossing the Mercuriale you can take via Regnoli, today’s open-air gallery, thanks to the strong will of the residents to upgrade this area through the Association Regnoli 41. With the flourishing of commercial and local activities, events and new art exhibitions along the way, it has returned to being a life-filled street. 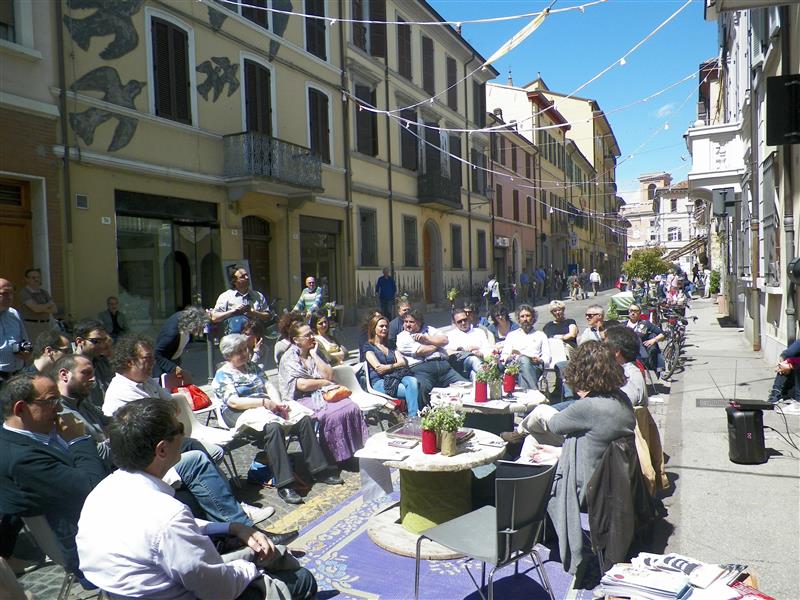