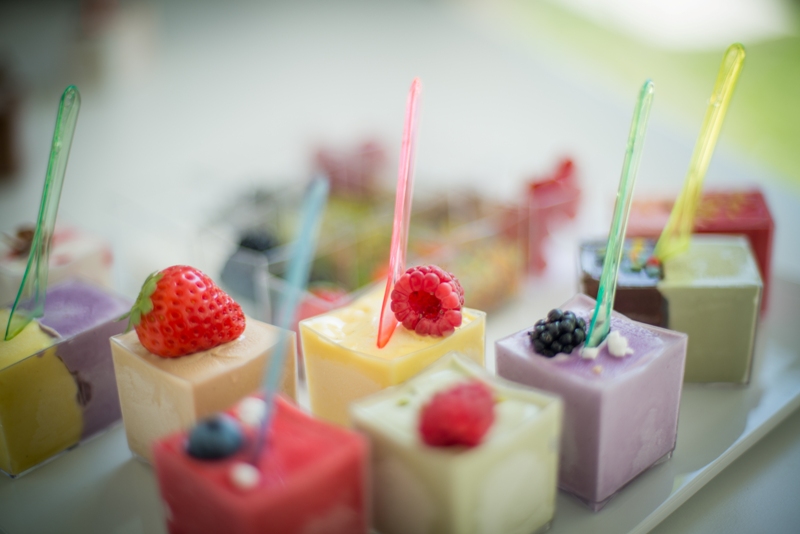 A taste of Gelato history

The history of gelato is much more complex and articulated than one might imagine. It doesn’t start with vendors and artisans selling their product on the street crying out ‘gelato!’. It started much, much earlier when humans started appreciating the benefits of “drinking cold” in the 12th century BC.
Luciana Polliotti, historian and curator of the Gelato Museum Carpigiani


12.000 BC TO 13TH CENTURY AD | FROM SNOW WELLS TO SORBET.
In Mesopotamia, dispatch runners traveled one hundred kilometers on foot to get the snow and ice necessary to cool the drinks served during the royal banquets and religious ceremonies held at Mari Palace. During endless feasts, the Romans paraded their gold and silver colj nivarum, using them to filter the snow. The Arabs developed shrb (sugar syrup) and in Palermo they grew 400 different types of flowers to flavor their sorbets.

16TH – 18TH CENTURIES | GELATO AND THE BIRTH OF A NOBLE TRADE.
Caterina de’ Medici and Cosimo Ruggieri, celebrated alchemist and astrologist, took the Florentine Renaissance to Paris, and they may have brought the sorbet as well. The architect Bernardo Buontalenti is credited with the egg cream gelato, but Francesco Redi and Lorenzo Magalotti made it famous by singing its praises and describing its ingredients. Francesco Procopio Cutò, later known as François Procope des Couteaux, sold sorbets to Parisian intellectuals in his café. The Neapolitan doctor Filippo Baldini wrote that sorbet is good both for your body and your mood.

19TH – 20TH CENTURIES | ASCENT AND GLOBAL DIFFUSION OF GELATO.
Customs changed over time and gelato and sorbets started to play significant roles in the menus of important luncheons and suppers. Sorbet, gelato, hard treats, and frozen creams appeared in the haute cuisine recipe books. With the invention of artificial ice, gelato moved out into the streets with the help of street vendors pushing their carts in search of new customers. It was a new era: a powerful host of Zoldan, Cadorean, and Friulian gelato artisans spread gelato throughout the world.

1900 – 1950 | FROM ICE AND SALT TO NEW TECHNOLOGIES.
To make it easier to eat gelato in the streets, an Italian developed the cone. The gelato shops started to take shape and to gain their autonomy. The Gelato Manual was published in Italy. Science and technology were harnessed in the service of gelato artisans, bringing innovation to gelato production. Machines from the automatic Motogelatiera to other more sophisticated post-war batch freezers were developed.

1950 – 1985 | GELATO BECOMES THE FLAGSHIP OF MADE IN ITALY.
Gelato consumption grew rapidly, to the point where industrial ice cream made its way into the Italian market. Gelato artisans risked extinction. However, the united front of artisans and suppliers and the commitment of artisans to better train themselves resulted in a marked quality improvement. Pots and stoves were removed from the production area. The pasteurizer, a new, revolutionary machine, was able to guarantee food safety. Each year new technology was developed to provide artisans with solutions that made gelato safer and easier to produce, freeing up the operator’s creativity. Gelato is removed from the tubs and placed in glass display cases. Dedicated trade shows are born and gelato became a science.

Discover more with a visit to the Gelato Museum Carpigiani, a few km from Bologna’s old town centre!