Is Street Art able to save the Constitution?


The answer – rhetorical as the above question – is a hyperbole of course, and it might be seen even as a provocation. If you think about this question, two aspects arise: on the one hand there is the principle of legality, which is represented by the supreme law of the land, on the other, there is one of the major forms of expression that has been fighting authority over the last years, sometimes dressed as an artistic experience, other times as vandalism (about this, I would like to refer you to this interesting article – in Italian – published some time ago on Artribune).

Right or wrong, Street Art is the answer to a fundamental need of finding expression (individual or collective), which has to be understood even before being photographed. For this reason, institutional projects, some luckier than others, tried to mend this binary dichotomy with the aim of recovering urban quarters that have been forgotten by society for too long.

One of these projects is MURALI, which starts its first edition in the city of Forli right in these days – from 11th to 20th May (a little preview was on 7th and 12th April). For the occasion, well-known artists from all Italy, who have already performed abroad, have been invited in the heart of Romagna by Marco Miccoli (the creator of some art spaces like Bonobolabo, as well as of the festival of street art in Ravenna Subsidenze). They will deal with the Constitution of Italy, which turns 70 this year.

MURALI is a kind of “social art” festival, a moment of sharing between citizens and artists: the work of enhancing the walls of the parking lot of the ‘Barcaccia’ near the Musei di San Domenico and of recovering some of the walls in the city centre are the most intense moments of sharing, enhancing in this way also the past interventions 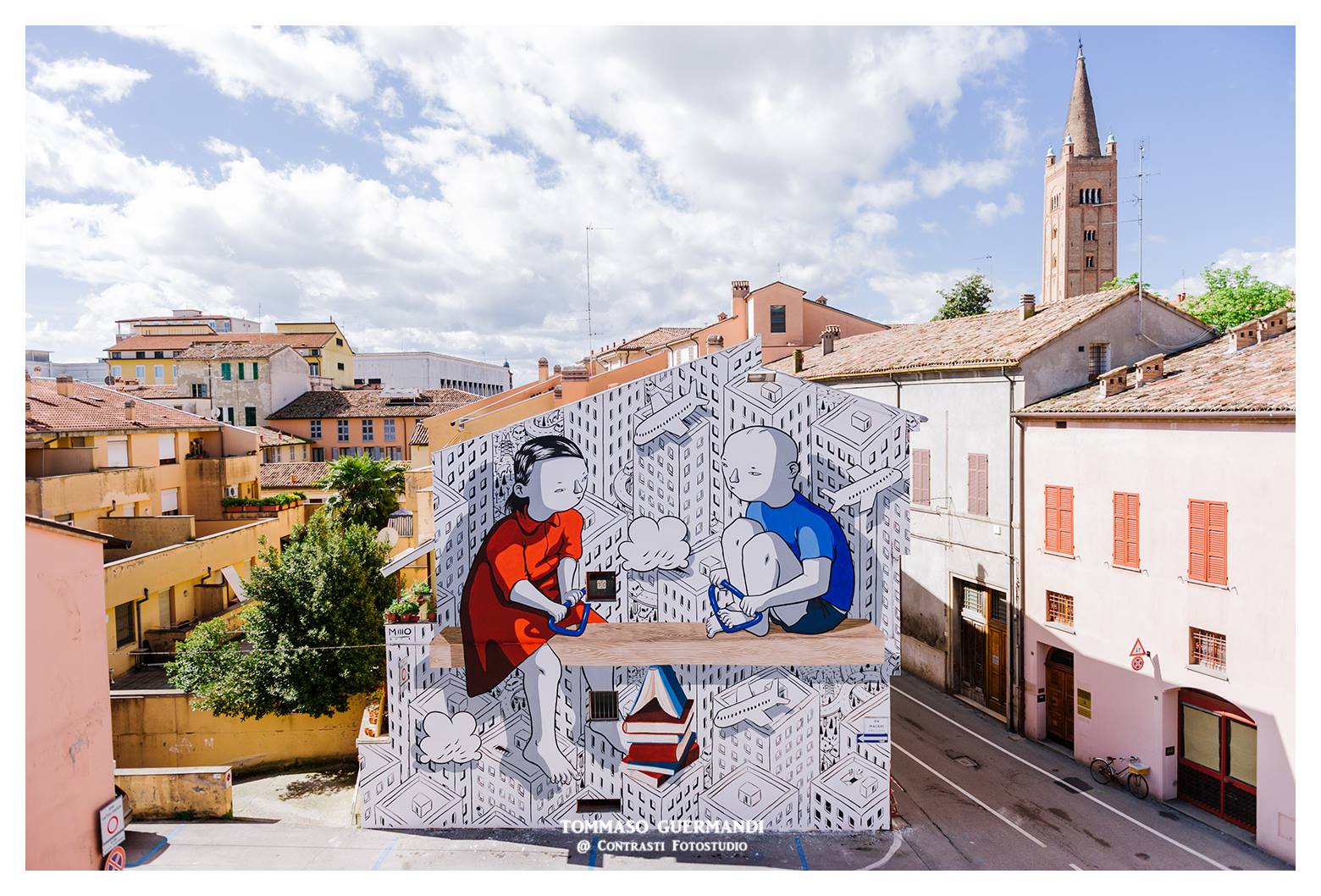 The topic of the work is the Constitutional Charter and some of its fundamental principles that every single artist is asked to interpret and depict according to his own creativity and technical skills.

The first artist who gave his contribution during the preview of April was Millo, from Brindisi: he chose the art. 3 of the Constitution of Italy, and in particular the topic of equal opportunities, working on Piazza del Carmine. The second artist of the festival will be Eron, from Rimini, one of the most important graffitists at national level, who, for the occasion, will work on the topic of family in Vicolo San Domenico. Not far from there, Gola from Cesena will deal with the Art. 9 of the Constitution, and in particular with the safeguard of the environmental heritage, creating a perspective in Vicolo Oreste Casaglia. The illustrator and painter Camilla Falsini will work on the walls of the kids library Pail Harris in Parco della Resistenza, supporting culture and its development. In the end, the figurative and fictional style of Zed1 will conquer Via Nullo, dealing with the theme of job (art. 1), while the fictional and geometrical style by Moneyless will enhance Via Cobelli, who will paint the “future”. 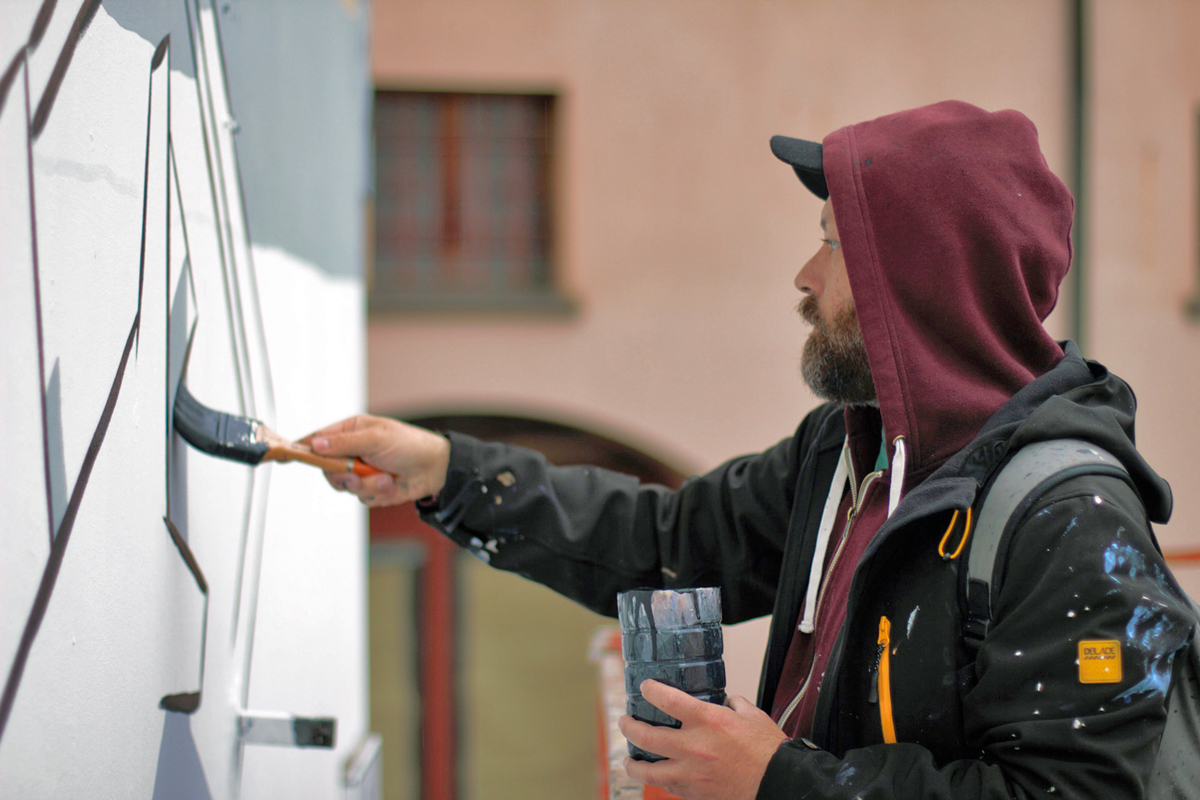 The official opening of the Festival will be accompanied by Brainstorming, a music event organised by Officina 52 in the area of the park in Via Dragoni; furthermore the painting of some murals on the walls of the School for Young Artists and some free workshop by Andrea D’Ascanio suitable for all (reservation is needed) will animate the event.

The aim is to involve, connect and express oneself in the name of Street Art!