The Francesco Baracca Museum in Lugo

“[…] It was a wonderful daydream, seeing myself flying under the trees, over the roads and the countryside...”
(F. Baracca)

Established by the Lugo City Council in 1924, inaugurated in 1926 and placed until 1990 in a room overlooking the entrance facade of the Rocca Estense, the Francesco Baracca Museum is the witness of the myth of Francesco Baracca, the ace of the Italian aviation of World War I, born in Lugo in 1888 and fallen on the heights of Montello, in the province of Treviso, on June 19, 1918. Today the museum is part of the MotorValley Museums and it is located in the birthplace of the pilot in Via Baracca n. 65 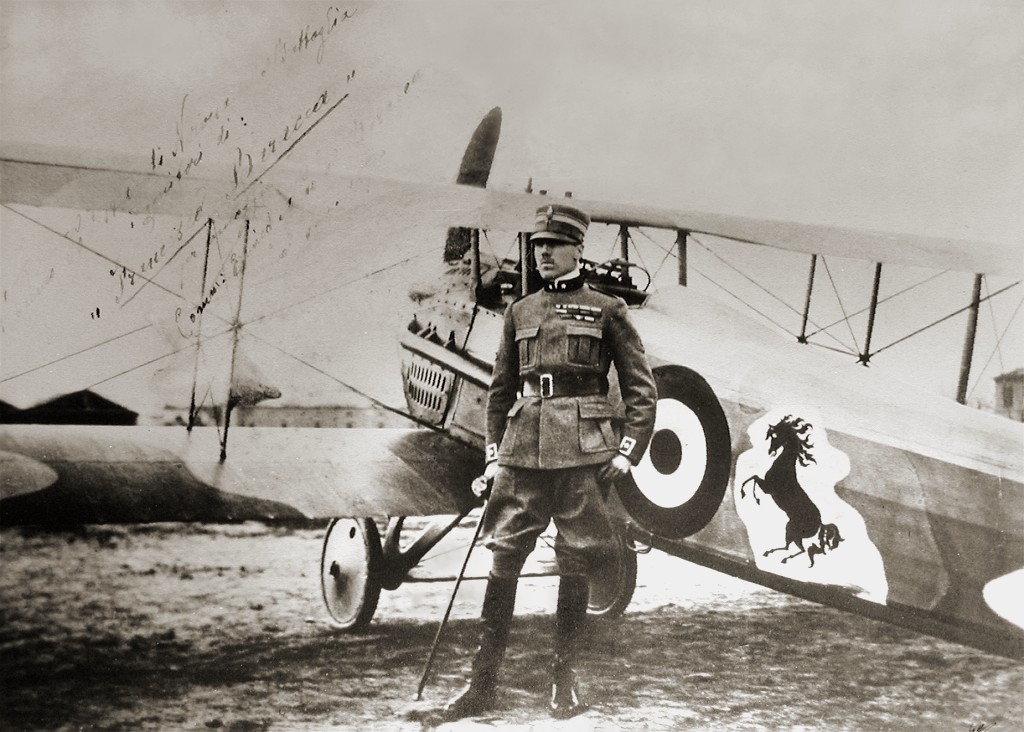 Francesco Baracca was born on May 9, 1888, in Lugo and after completing the schools, he enrolled at the Military School in Modena. In 1909 he attended the Cavalry School in Pinerolo, where he was promoted to the rank of Lieutenant in July 1910 and assigned to the 1st Squadron of the Royal Piedmont Regiment in Rome. In 1912 he followed the civil pilot courses in Reims, where the driver’s license came, an activity for which he felt a natural propensity and great enthusiasm.
We find the name of Francesco Baracca during the First World War, at the time there are numerous volumes, articles, and brochures that were published on his figure, without counting the space reserved for him in the various general aviation stories and in the War news. His figure was often cited in school books destined to hit the imagination of children and teens, texts that used the image of Baracca above all in ideological and pedagogic key, supporting the nascent Italian Fascist Regime.
The figure of Francesco Baracca was told to the boys of the time both as a rider of the air, who considered the fighting duels a gentlemen affair and who was fascinated by the struggle as a “show”, both as a ruthless warrior from as every trace of compassion disappears, a perfect war machine taking over the “sacred duty”. Inevitably, Baracca’s figure ended up becoming a myth for young people in the first half of the twentieth century.
A myth that in the twentieth century will be mixed admirably and inseparably with that of another great pioneer, Enzo Ferrari, and whose origins can be traced back in 1909 with the “Manifesto of Futurism“, where Filippo Tommaso Marinetti privileged the airplane as a symbol of modernity, wrote:

“We will sing […] the gliding flight of the airplanes, its propellor fluttering like a flag in the wind, seeming to applaud like an enthusiastic crowd“

SPAD S.XIII by Francesco Baracca on display at the Museum of Lugo – Source F. Baracca Museum

Established by the Lugo City in 1926 and located until 1990 in a hall at the entrance to the Estuary Rocca, the Francesco Baracca Museum was transferred in 1993 to the pioneer of Italian aviation in order to fulfill his father’s will, Count Henry. From June 1993 to April 1999 the Museum, which works in close contact with the Friends Association of the Baracca Museum, hosted a first section, limited to the ground floor, with the aviator plane accompanied by some memorabilia. The following works, begun in ’99, doubled the exhibition area of the Museum, which today can accommodate a significant number of memorabilia, furnishings, and documents: a rich heritage that today finds an adequate accommodation, making it also possible for materials never exposed in previously.
The central part of the museum is dedicated to the SPAD VII S 2489, the warplane restored at the beginning of the 90’s by the GAVS of Turin and where, on the left side of the fuselage, appeared the emblem character of Major Baracca,the “Prancing Horse” which has become known throughout the world for being adopted by Enzo Ferrari as a coat of arms of Ferrari’s cars.
With some features that have been modified later, the “Prancing Horse” becomes the personal mark that Francesco Baracca, coming from the cavalry, puts on his plane in honor of his past regiment.
In 1923, after winning the “Savio Motorcycle Circuit” on Alfa Romeo, Enzo Ferrari met Baracca’s parents in Lugo and the Countess prayed him to accept his son’s horse as a gift to bring luck. Ferrari first appoints him for his Alfa Romeo in 1932 at the Spa Circuit in Belgium, but in 1947 he will officially become the symbol of the Ferrari’s Brand.
The Francesco Baracca Museum in Lugo is today the starting point for a city itinerary that includes the Monument to the Aviator F. Baracca located on the homonymous square and designed in 1936 by the facial sculptor Domenico Rambelli, considered one of the greatest expressions of the Italian sculpture of the 20th century, and the sepulchral chapel, decorated by the lyrical artist Roberto Sella, located in the city cemetery, where it is possible to admire the majestic sarcophagus melted with the bronze of the Austrian cannons of the Karst.

How to get to Francesco Baracca Museum

The Francesco Baracca Museum is located in Via Francesco Baracca, 65 in Lugo. The city of Romagna is 26 kilometers from the city of Ravenna, 50 kilometers from Bologna, 60 kilometers from Ferrara. The City of Lugo can be reached:
by Car:
Highway A14 direction Lugo – Cotignola (from Bologna, Ravenna)
Motorway A14 dir (km 0.500) exit Bagnacavallo (from Ravenna)
Highway A14 exit Faenza (from Ancona-Rimini)
Provincial n. 253 San Vitale (Bologna, Ravenna)
State n. 16 Real (from Ferrara)
by Train:
Railway stations in Lugo and Voltana
Tickets are available on the Trenitalia website
by Plane:
Villa San Martino Airport – Lugo
Airport G. Marconi – Bologna
By Sea:
Port of Ravenna (Km 30)

By Camper:
Along the S.S. 253 from Bologna, via Piratello (opposite, about, via Bonsi – before the roundabout), only for loading and unloading of water.