Five places to visit in Forlì

Forlì is certainly one of the most fascinating places in Romagna, surrounded by green hills and a few steps from the sea. It’s a must-see city, full of places to visit, curiosities and ancient alleys. Here are our top five places that you should not miss if you are in Forlì: 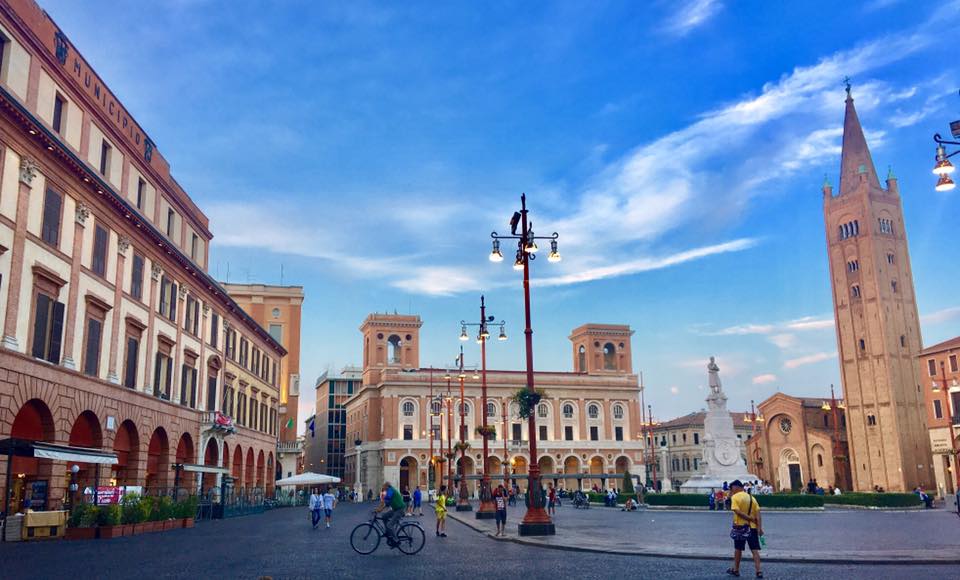 Piazza Saffi is the heart of Forlì and is situated at the crossroads of the city’s four main courses. In the center of the square, there is the statue of Aurelio Saffi, a prominent figure of Italian Resurgence, as well as a prominent politician of the Italian political landscape along with Mazzini. There are some of the city’s most important palaces, such as the Town Hall, the Abbey of San Mercuriale, the Poste Palace, the Podestà Palace and the Serughi Palace. Piazza Saffi, thanks to its surface, is one of the largest in Italy.

A curiosity is linked to the story of his name, which has been modified several times. Originally called Major Square, its name remained the same until the 19th century when it was dedicated to Vittorio Emanuele II. Only in 1921, with the inauguration of the monument dedicated to Aurelio Saffi, the square took its present name. For a very short time during the Second World War, with the arrival of the liberation troops, it also took the name of Saint Andrew Square, to return to the current one after the war events.

There is another curiosity related to Piazza Saffi: up to the 12th century, under the arches of the current Palazzo Comunale passed a branch of the River Montone that had the function of marking the physical limit between city and countryside. 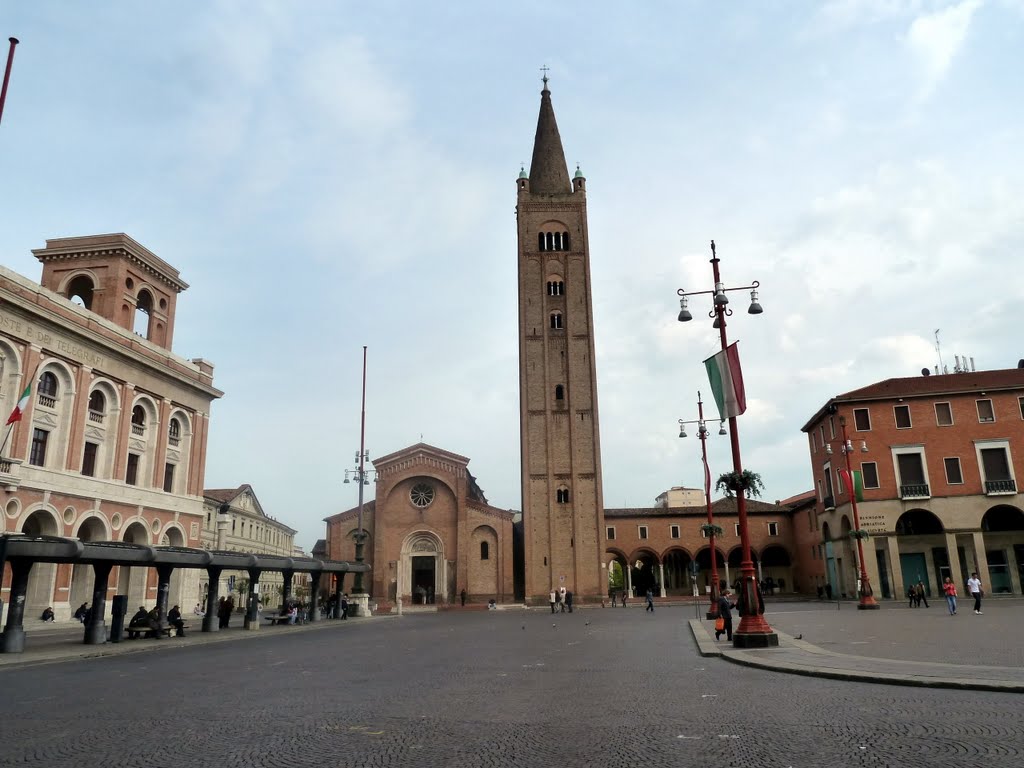 The Abbey of San Mercuriale is the most important building in Saffi Square. Not everyone knows that, in addition to being the most well-known building in the city, it is also a symbol for the whole Emilia-Romagna region for its grandeur and its history. Next to the abbey, in one complex, there is the bell tower, used as a model for the reconstruction of the famous San Marco bell tower in Venice in 1902, and its cloister.

The present physiognomy was only achieved in the last century; several vicissitudes have in fact modified the structure physiognomy several times. The most recent one dates back to August 24, 1944, during an Allied bombing during World War II, where the church was seriously injured, to the point that the Civil Genius ordered the demolition of the vault of the central nave between the 16th and 18th centuries, and their reconstruction. 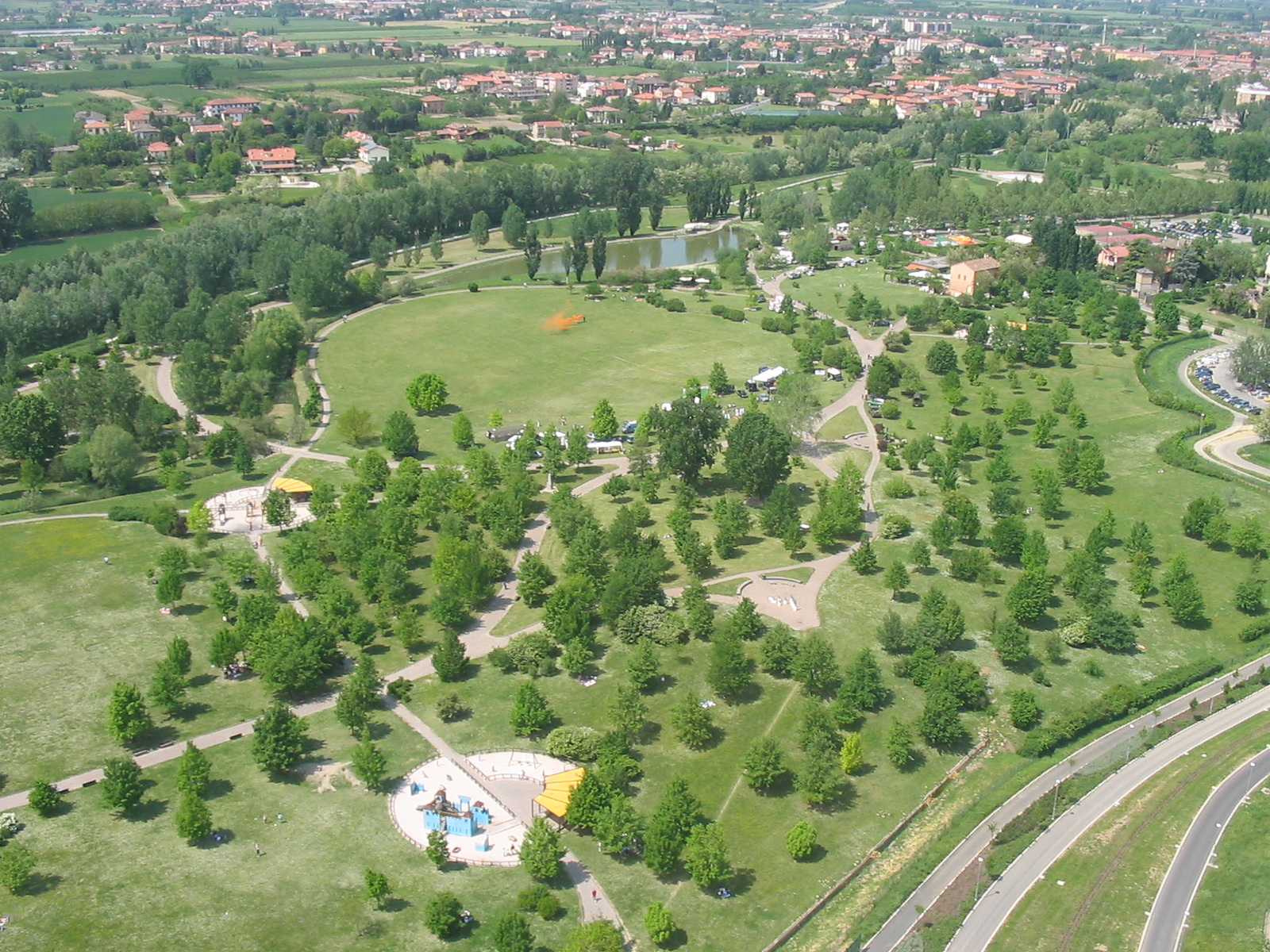 Forlì is a small green oasis, full of gardens and parks, ideal for a break in nature. What we recommend you to visit, if you have the opportunity, is the main and largest public park in the city: Parco Urbano Franco Agosto, dedicated to the first mayor of the liberated city. It covers an area of 26 hectares that was a quarry area for an old furnace.

The “hill of rabbits” is very characteristic: a hillside where you can count a lot of rabbit dwarves whose numerous animals run free and undisturbed through the park. The park is populated, besides rabbits, by a wide variety of animals, such as swans and ducks, waterfowl, and tortoises. This green area offers an environment rich of trees and plants that give a beautiful green frame in the spring/summer and an explosion of colours during the fall. 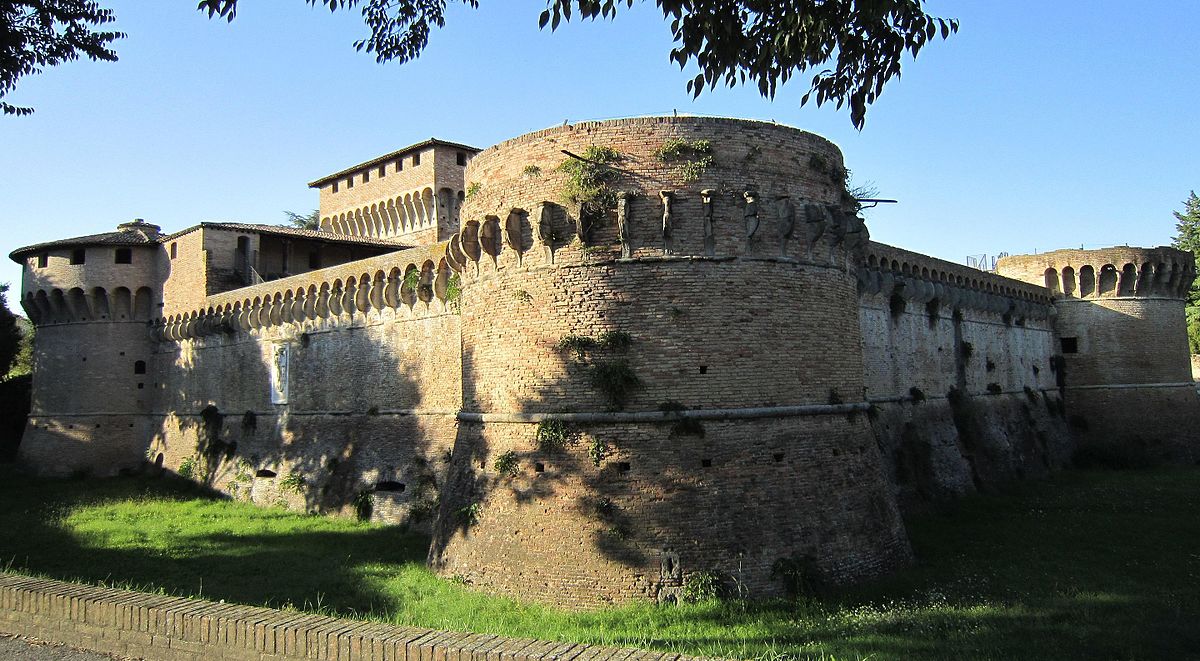 It is a fortified citadel of medieval origin, which has undergone several changes over the centuries. During the 14th century, it was rebuilt and reinforced with the construction of a fortress, to be expanded, with the addition of two ravelins, during the 15th century.

In the past, the structure was made up of separate bodies surrounded by a complex system of moats, bridges, and walls. Today Ravaldino Fortress is used for a dual use: a part is intended to host an exhibition, and the largest area houses the prisons of the city. The use of the structure as a prison is to be traced back to the end of the 19th century when the fort was identified as the safest place to hold detainees in the city. 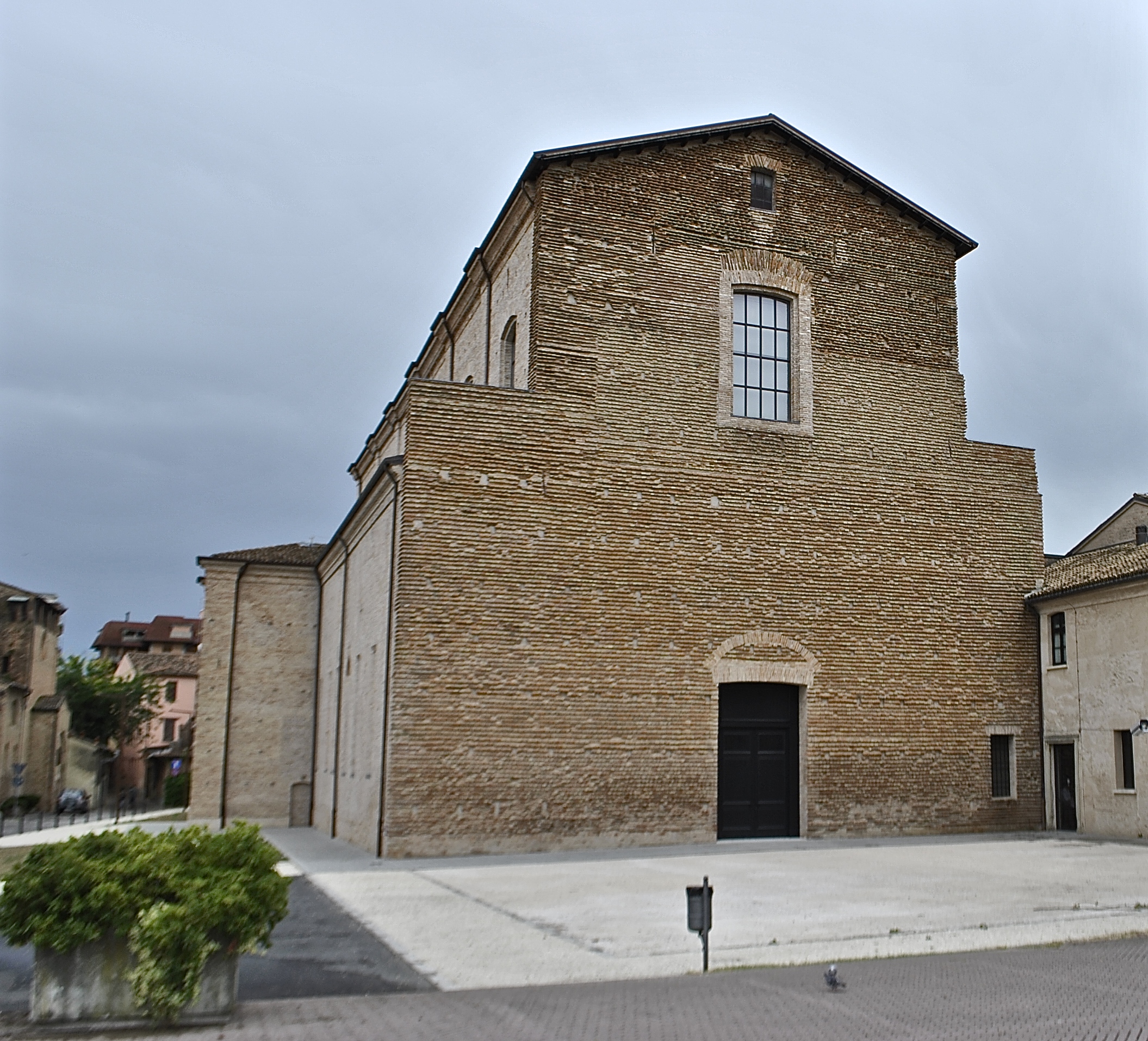 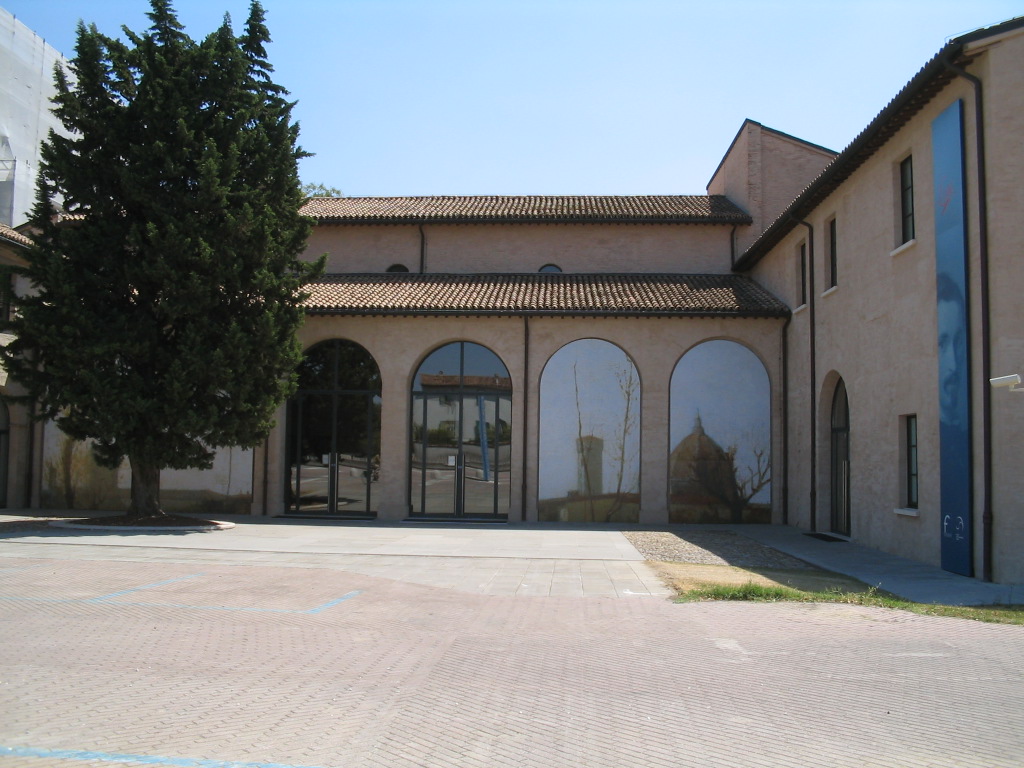 The complex of San Domenico consists of a church, today deconsecrated, and two cloisters: one adjacent to the church completely closed and a second open on one side. During the Napoleonic period, the church was expropriated for military use and only in 1866-67 it was definitively acquired by the State’s patrimony.

After a period of degradation culminated in 1978 with the collapse of part of the roof and the south facade, an important project for the recovery of these structures has begun, which are now used to host the Pinacoteca, the civic museums and assembly halls.