Music in Emilia Romagna: Summer Festivals and LIVE Concerts not to miss

The breeze of the summer evenings, the fascinating frames of the Italian squares, the feeling of fresh sand underfoot…
Emilia Romagna in Summer is a great open-air concert; with more than 55 Live events which will enliven the nights of our cities.
Only in this part of Italy, music and dance produced a party culture; a thin red line that starts from the traditional dances crosses the most famous discos in Riviera and then rises up, up to the great Italian singer-songwriters. To unleash your desire for music and to cool your holiday evenings, today we share with you the list of the best live concerts and festivals of the months of June and July, leaving at the end of the next month, a complete list of events in August.

But let’s not lose ourselves in further talk and enter the musical summer of Emilia-Romagna. 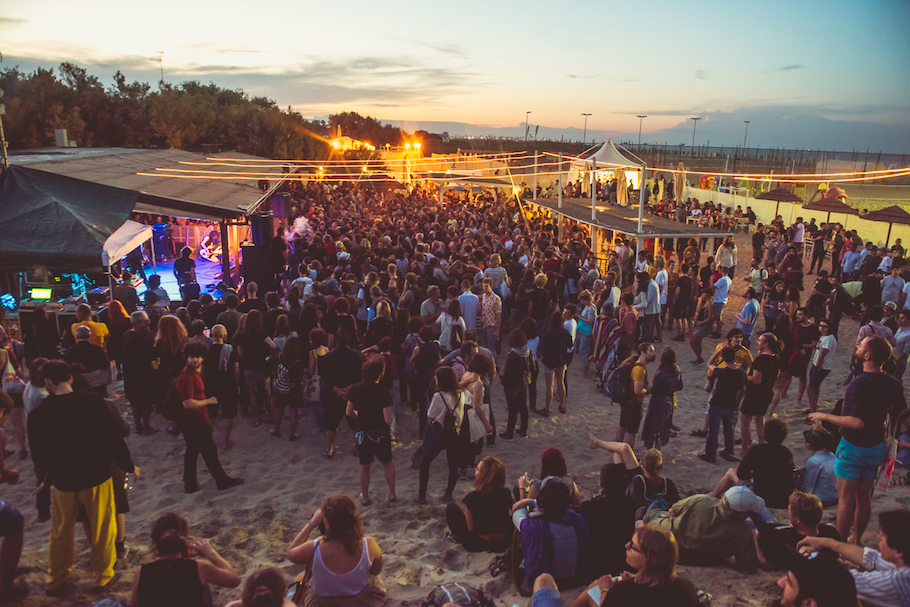 We start with Piacenza, the city of churches, the last ford of the Po River in Emilia-Romagna and a city of great culture. Summer in Piacenza opens with Ermal Meta, the Italian singer winner of the last edition of the San Remo Festival, which will perform during the literary festival “Dal Mississippi al Po” on June 28th.
The program of July will instead be under the banner of Italian melody and music with Angelo Branduardi at Castel San Giovanni on July 15th.

Parma city comes after Piacenza; the ducal city, the capital of culture 2020 and the cradle of international lyric music.
The maestro and Oscar winner Ennio Morricone will perform at the Cittadella Music Festival on June 21st, followed on June 22nd by the Black rhythm by the beautiful Lauryn Hill. On June 23th instead, space to dance music with 2manydjs and Digitalism that will be followed by the famous Berlin Dj Apparat.

Few kilometers on the Via Emilia and we arrive in Reggio Emilia, where the Bologna’s Singer Luca Carboni will arrive on June 30th, while in the following days the stage will be entirely dedicated to Italian music, with the return of Ermal Meta (July 12th) and the immersive atmospheres of the singer Caparezza (July 14th).
On July 15th in the city of Albinea it will be the turn of the famous Israeli clarinetist and saxophonist Anat Cohen.

Our journey through the concerts of the Via Emilia arrives in Modena, and precisely in the city of Soliera where Italian duo Dente and Guido Catalano will perform on 5th July for the Arti Vive Festival. The event will continue the following day with other guests, including the Gazebo Penguins a post-hardcore/emo-core music group from Correggio, and Motta, one of the most important authors of the Italian Indie scene.
On July 15th in Carpi will instead start the Summer Fest, a music festival that will see among others the famous Gianni Morandi and James Blunt. 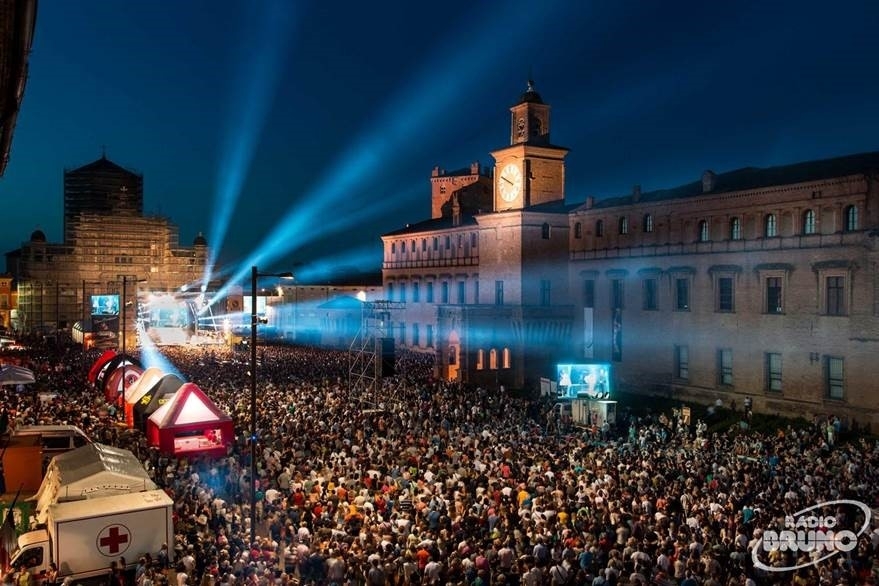 Like every year, the capital of Emilia-Romagna and creative city of UNESCO Music offers a very rich musical calendar that sees the major Italian and international artists performing in the Bologna Estate Festival.
In time order starting from June 21st will perform on stage Selton, Eugenio in Via di Gioia (June 22th), Cesare Cremonini (June 26th), Arisa (June 27th), Maria Antonietta (June 27th) and the international singer Demi Lovato (June 27th) and Tom Walker (June 27th).
If you want some advice, do not miss the date on July 3rd by Frah Quintale, according to all the critics one of the best exponents of the new Italian music.

The musical summer in Ferrara for a few years now is called “Ferrara Under the Stars”, a musical review that offers prestigious artists of the Este’s city.
The dance and urgent rhythms of the Italian Dj Cosmo await you on 28th June in Piazza Castello, while a few days later it will be the turn of Colapesce (July 8th) and the Cigarette After Sex (July 9th). The review then continues on July 17th on the notes of Kasabian, the historic British group of Leicester.

Here we in Romagna, the birthplace of folklore and Italian ballroom dancing. On June 25th and July 9th in the city of Gatteo Mare will arrive the folk singer Moreno il Biondo, one of the greatest interpreters of traditional Romagna’s music. The soulful voice of Anastacia (July 4th) and the Italian music of Antonello Venditti (July 14th) will instead be on the stage of Sogliano al Rubicone, while on July 13th, the smooth Mirko Casadei Orchestra will enliven the city of Savignano Sul Rubicone.

In the former capital of the Eastern Roman Empire, festivals and summer concerts are never missed: it starts with Mistery Light (June 26th), followed by Ritchie Kotzen (June 30th) and then arrives on July 5th in Massa Lombarda with Pinguini Tattici Nucleari, a young and talented Bergamo rock band with a bizarre name. The historical voice of the Talking Heads, David Byrne will wait for you in Cervia stage on July 19th. Also in Cervia on July 21th will arrive Coez, Roman author among the most loved by the youngest Italians. If we talk about music in Ravenna we have to mention the rich musical proposal of Hana-Bi Club in Marina di Ravenna, an institution in the Adriatic Riviera panorama, which for the entire month of June and July has scheduled concerts and events for true lovers of the underground international music.

At the end of our journey, we finally arrived in Rimini, the capital of Romagna and privileged place for summer fun.
In Bellaria on July 3rd will open the Baky Bay Beach, a festival that will perform the historic groups of the Grunge scene of Seattle with a program that will arrive until August: the line-up of July this year counts Pennywise, Sick of It All, Iron Reagan and A Wilhelm Scream. Then, on July 6th, the free live by Alvaro Soler in occasion of the Pink Night, and the Baustelle Band on July 14th which will be at the Verucchio Festival of the homonymous village of Val Marecchia. Veruccio Festival that on July 21 will also host Kruder & Dorfmeister, the famous Austrian duo for more than thirty years on the electronic scene, and Mark Lanegan, one of the most intense voices of the last decades.
The city of Riccione will be protagonist instead on July 15th with the concert of Francesca Michielin, but if you want to dance some ska music you just have to discover the Matrioska at Bellaria Igea Marina on July 19th or the Maddness, in the same date and place.
Let’s go back in Rimini, which on July 19th will propose the Premiata Forneria Marconi, a progressive rock band from the ’70, while RAP lovers will be able to enjoy the Italian interpreter Noyz Narcos in Bellaria (July 21th) and Capo Plaza on July 22nd in Riccione, all waiting for July 25th at Miramare for the Italian Trap phenomenon, Sfera Ebbasta. 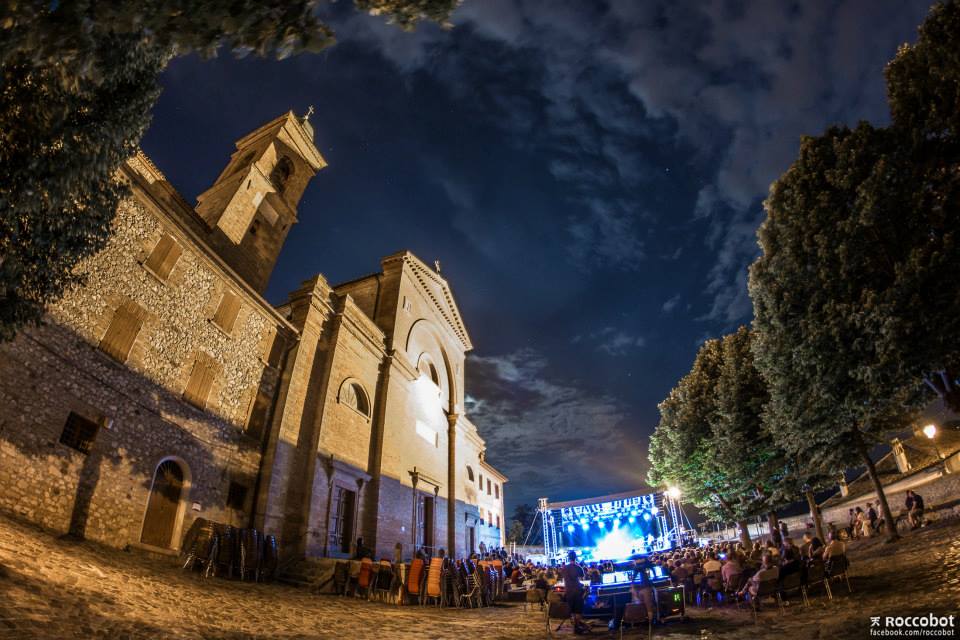