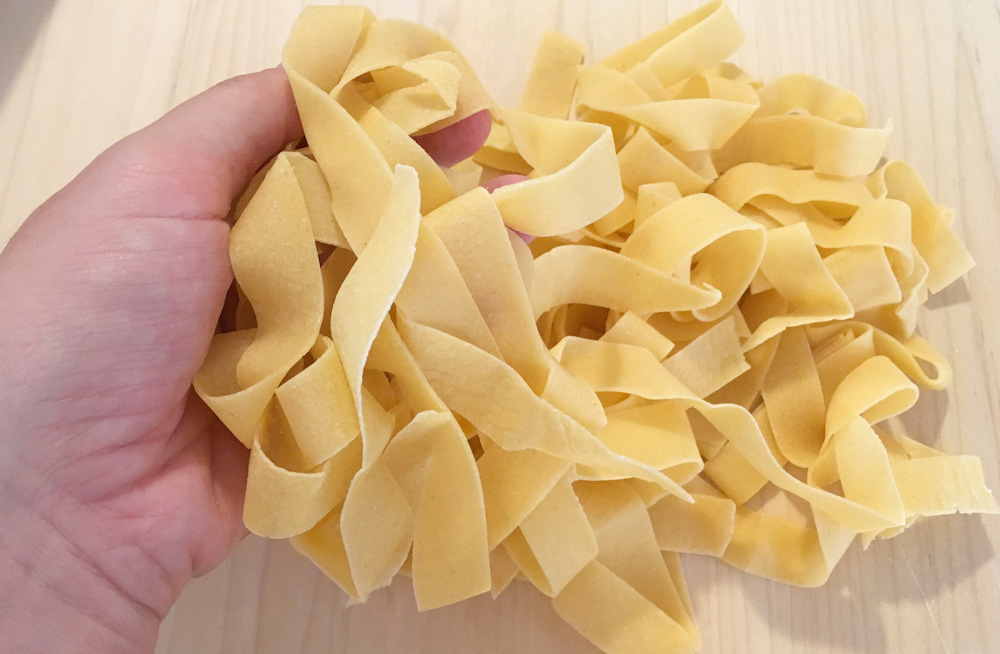 Italian Cooking Class in Bologna: Fresh Pasta for the Soul

Our short trip to Bologna was inspired by the desire to eat and learn a little more about the gastronomy of the Emilia Romagna region of Italy.

Even though Bologna is not in the same overly touristic route as other Italian cities such as Rome, Venice or Florence, it may sound familiar to some because of the popular dish “Spaghetti Bolognese”. Once you arrive in Bologna, it won’t take you long to realize that this popular recipe is not even a thing around here! Bolognese stands for the typical ragu sauce which is indeed locally consumed, but that never ever goes on top on spaghetti. Instead, the meaty ragu sauce is poured on top of thicker tagliatelle pasta, which has enough surface to embrace the little chunks of minced pork and beef, before you roll everything in your fork and take it to your mouth.