A few good strides from the Parma Apennines, the little town of Berceto has always been a favourite tourist destination, with its mild climate just a short hop from the Tyrrhenian coast and the Cinque Terre.
Its varied landscapes include a swathe of the Apennines between the Taro and Baganza Valleys, delimited to the south by the Cisa pass, the border with the Liguria region.

Berceto began to take shape probably in the 7th century, when the Benedictine monastery was built by Liutprand, King of the Lombards and by the intercession of Modran, then Bishop of Rennes (now also the village’s patron saint).

Legend has it that in 718 the bishop was on a pilgrimage to Rome, carrying some relics of St Remigius that he had just bought in Reims. During the journey, he stopped for a rest near the Cisa pass, where he hung the relics on a bush but forgot to take them with him when he resumed his journey; realising his mistake, he doubled straight back but was unable to reach the branch where he had placed his precious cargo, because the bush had grown into a tree. It shrank back again only when he promised to leave the relics to Berceto.
The following year, King Liutprand founded the monastery of Bercetum near where this miracle took place.

The village of Berceto grew up around this religious building and became a landmark where the many weary wayfarers on the Via Francigena, the ancient pilgrim path to Rome, would break their journey. Duly refreshed, they would continue through the Apennine valleys to the legendary Tyrrhenian coastline via the Lunigiana area.

After being given by King Carloman to the Bishop of Parma in 879, Berceto became part of the Municipality of Parma in the 12th century. It was the fief of the Rossi family from 1308 until 1666, when it came into the hands of the powerful Farnese family.

They made Berceto castle their home, and the village flourished.
Count Pier Maria Rossi and later his son Bertrando did a great deal in the 1400s to make Berceto the finest hill town in the area, include the last reconstruction of the castle and the first magnificent restoration of old St Modran’s abbey.

The town is set in a great expanse of rolling countryside stretching up to the Apennine peaks and is a popular summer resort with great facilities that makes an excellent base for horse trekking along the Taro and Ceno valley bridleway. The last stop on the Via Francigena before the Apennines, old Berceto retains all its old medieval character and atmosphere, with stone houses, 12th- to 17th-century townhouses and a ruined castle. 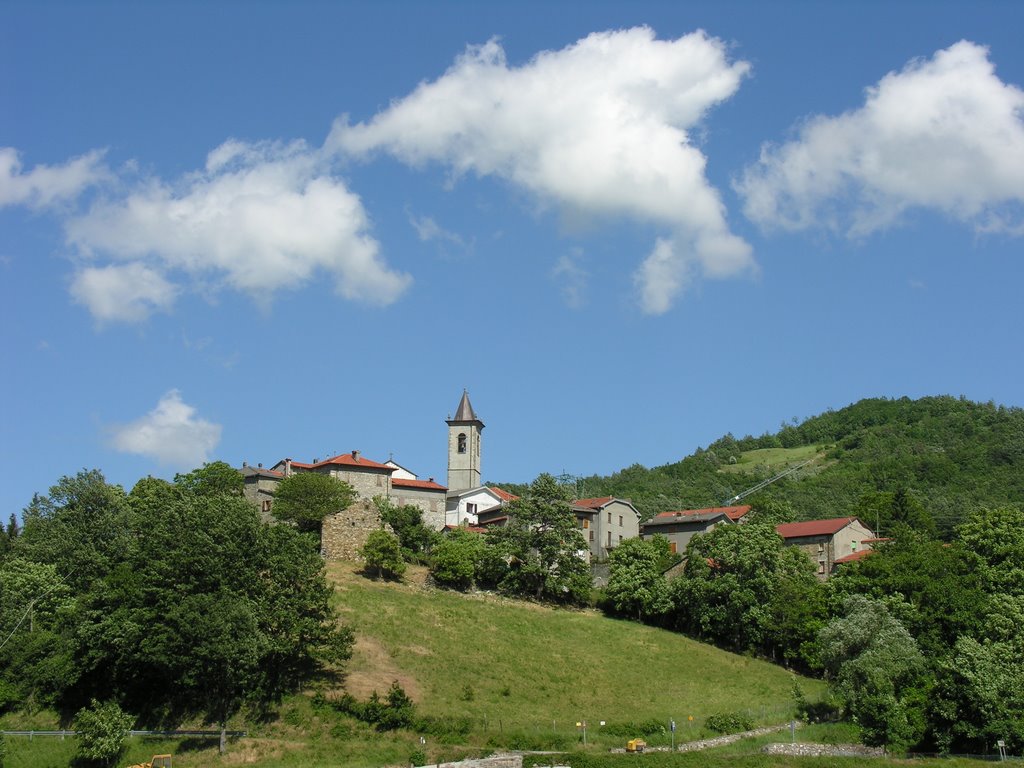 Look at Berceto and you see its long history, its beautiful natural setting, and its strategic position on the Via Francigena weaving its way into the Apennines.

An embodiment of the prestige that the town enjoyed over the centuries, the cathedral church is an imposing structure in the middle of the Via Francigena, a synthesis of artistic styles from different eras – the Lombard, Romanesque and Renaissance. Sant’Apollonia’s chapel stands alongside, while behind the apse you can soak up the atmosphere of Piazza San Giovanni, known by the locals as “Canons’ square”.

Another imposing building to visit is the castle, from 1221; the surrounding area is now an archaeology park. Berceto is surrounded by a froth of hamlets with interesting architectural and natural features.
Corchia, for example, has a remarkable medieval centre with stone houses, cobbled alleys, arched underpasses and a 12th-century inn.

If you’d like to explore further, do visit Fugazzolo, a hamlet of two centres: one, the higher part, has stone buildings with 16th-century portals, while the lower part has San Ciriaco’s church and a warren of paths leading to the rock pinnacles known as The Devil’s Leap. This is a favourite spot for mountain lovers, with some lovely walking and cycling routes.

The hamlet of Pietramogolana also has St John’s church and an old ruined fortress; a stump of a tower on the hill is all that remains.

Autumn, when the first rains quench the summer heat, has always been a great time for mushrooming, in search of one of the finest foods that the area has to offer. If you like hill walking, you’ll love the Alta Via dei Parchi, the great hiking trail threading through the Emilia-Romagna Apennines; the first stage runs from Berceto to Lake Santo Parmense.

The snow, the mountains, the magnificent views across Emilia-Romagna, Tuscany and Liguria –Berceto is bliss if you love putting on your snowshoes and crampons. Then, in the evenings, warm your toes by a roaring fire in a traditional local inn, with a glass of something and a plate of Apennine delicacies to be going on with.

There’s plenty of good exploring to be had hereabouts, with some fine cycling and walking routes, such as the Via Francigena. Berceto in bloom is a delight, with leafy glades, intimate Apennine landscapes, and stunning views of the Lunigiana and the Cinque Terre.

Berceto is a great place to restore your equilibrium and escape from the heat and bustle of the city. A bolthole of beauty, an oasis of cool, a haven of peace and tranquillity a few miles from the Cinque Terre National Park, this area is a joy for those who want the best of both worlds: the hills and the sea. 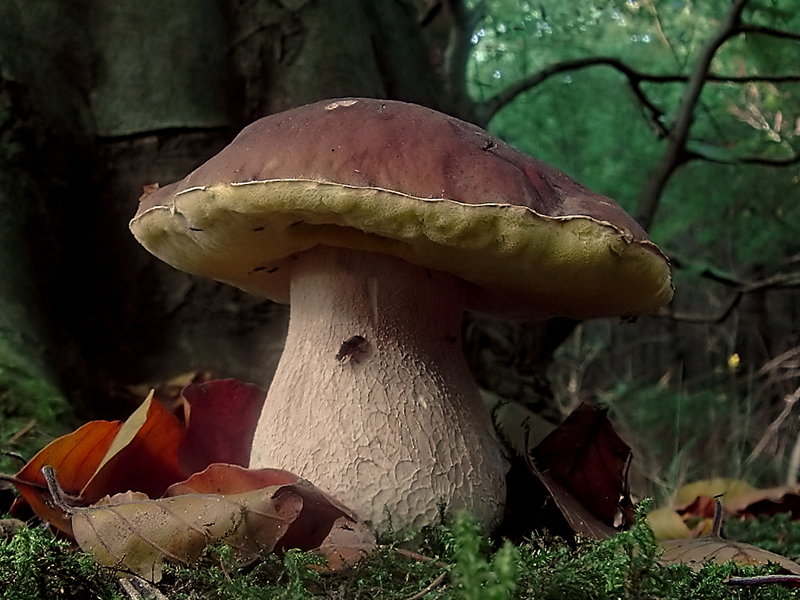 Like all Apennine towns, Berceto has a rich tradition of fine food, from the renowned porcini mushrooms to the majestic Parmigiano Reggiano cheese.
Not forgetting spongata di Berceto, a traditional Christmas cake originally eaten by the pilgrims on the Via Francigena, and the prugnolo mushroom, among the tastiest in the high Val Taro.
The long list of local delicacies culminates in Pattona di Corchia, a chestnut cake made with the forest fruits that grow in abundance in the bushes and woods in these parts.

Berceto is one of the stages of the Via Francigena in Emilia-Romagna. Hundreds of pilgrims walk this historical and spiritual path throughout the year.

How to get to Berceto

By train: the nearest station is Parma (32 miles away).
By bus: The tEP company operates urban and rural services from Parma to Fornovo and Calestano, with connections on to Berceto.